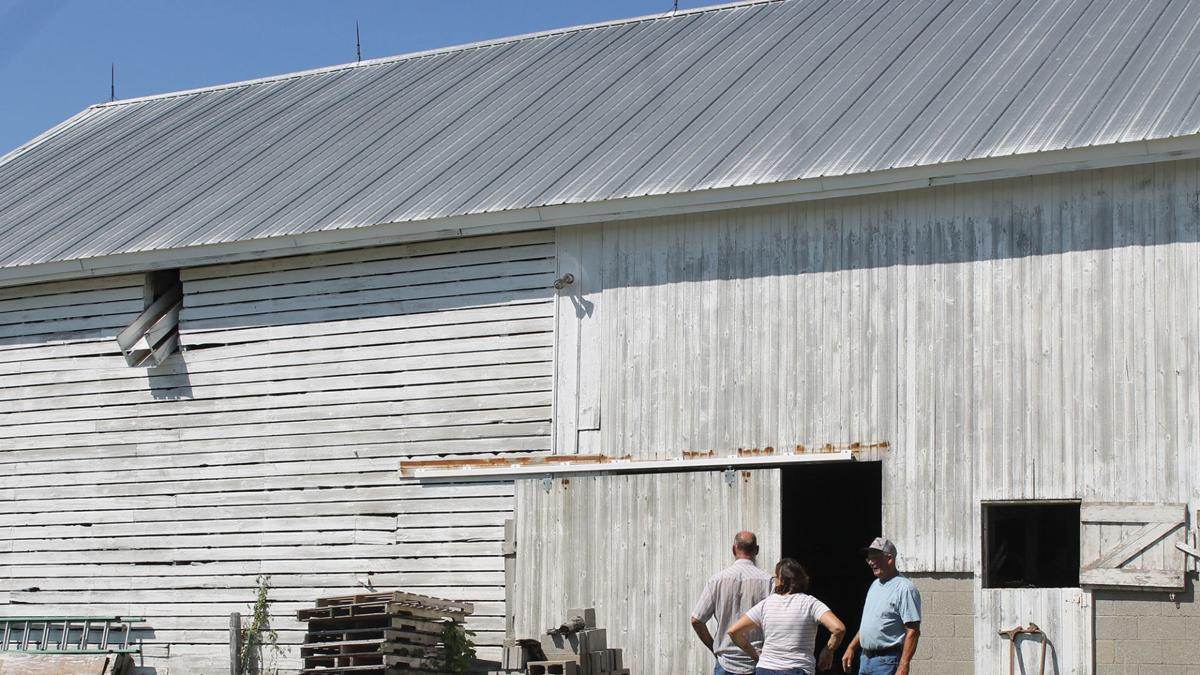 Richard Slown is pleased to have a historic half corn-crib, half barn across from his house in rural Lexington, Ill. Slown retired from farming in 1991 but still runs Slown Construction, working on all types of agricultural buildings. 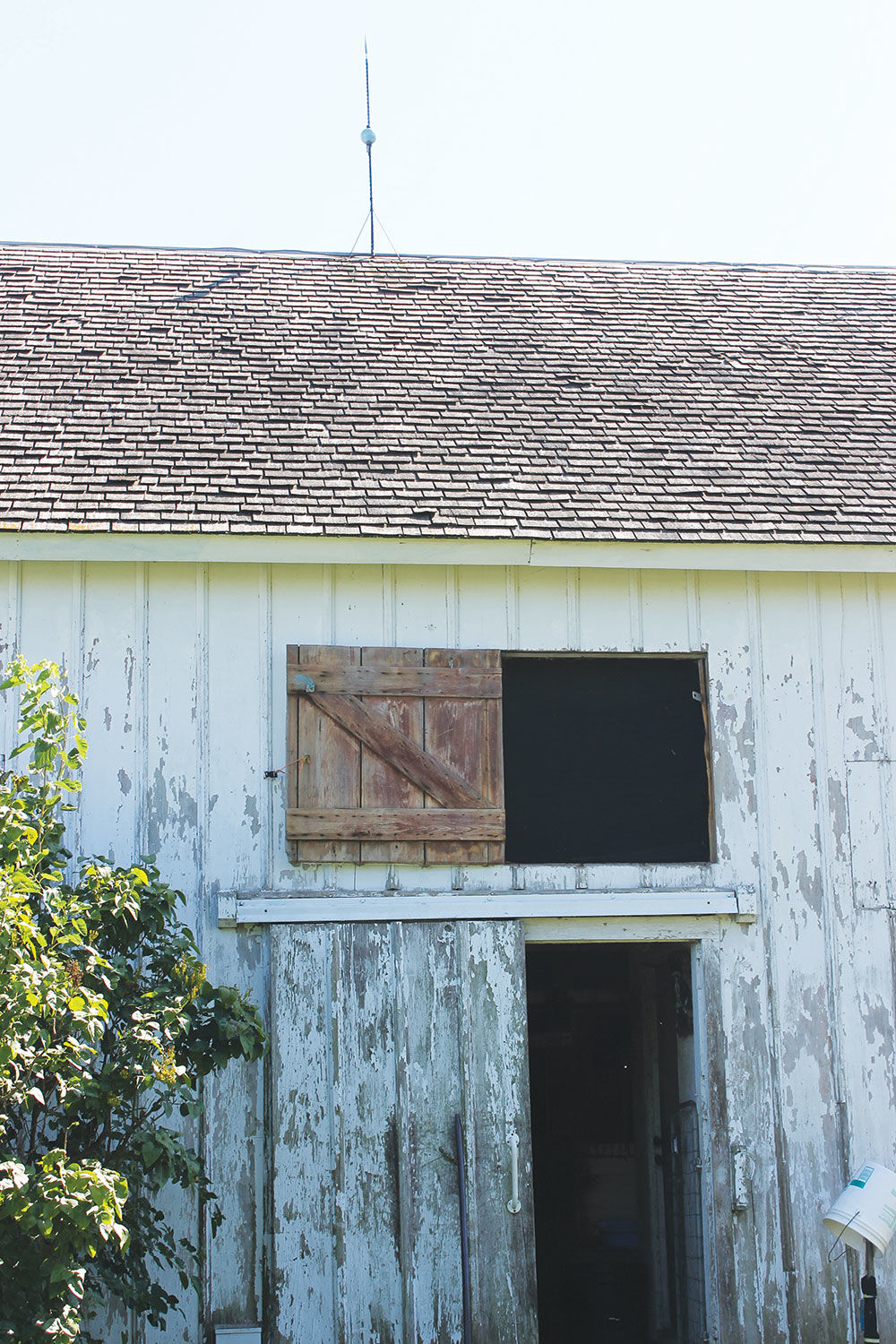 When Judy Sullivan bought her Lexington farm 35 years ago, her first order of business was to get the barns in good shape so she could raise horses. That included restoring the shake roof on this building. She welcomed guests on the Barn Keepers McLean County Barn Tour Sept. 14. 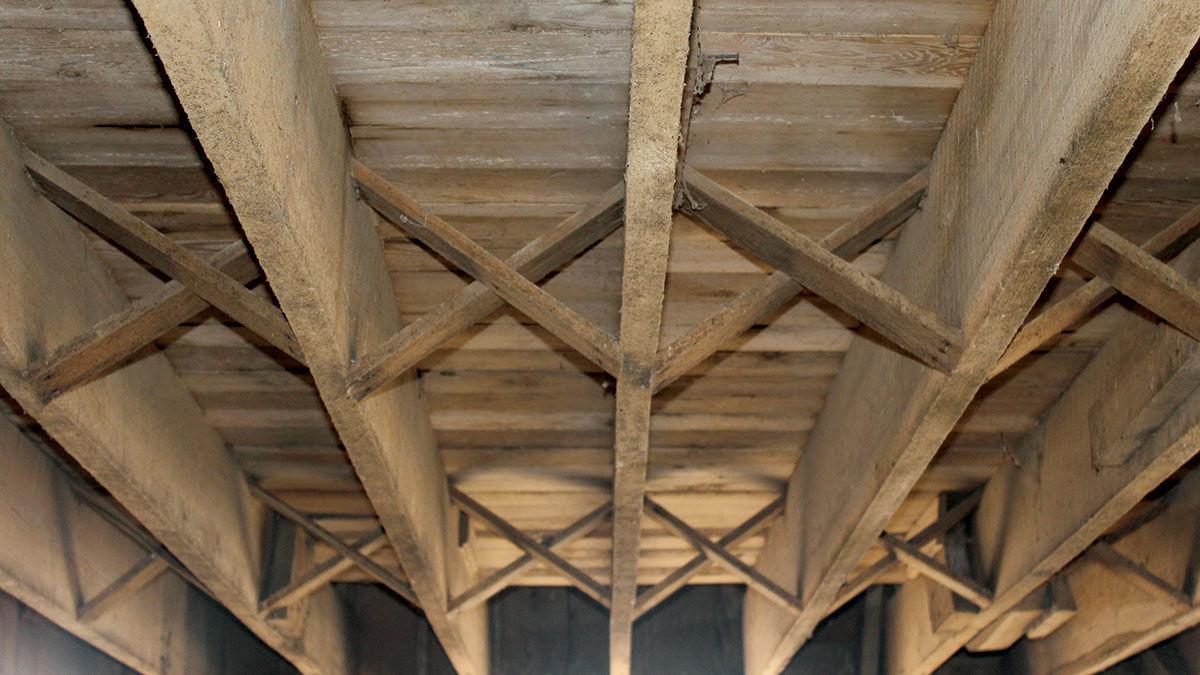 The historic oak rafters in the Dameron barn in Towanda, Ill. 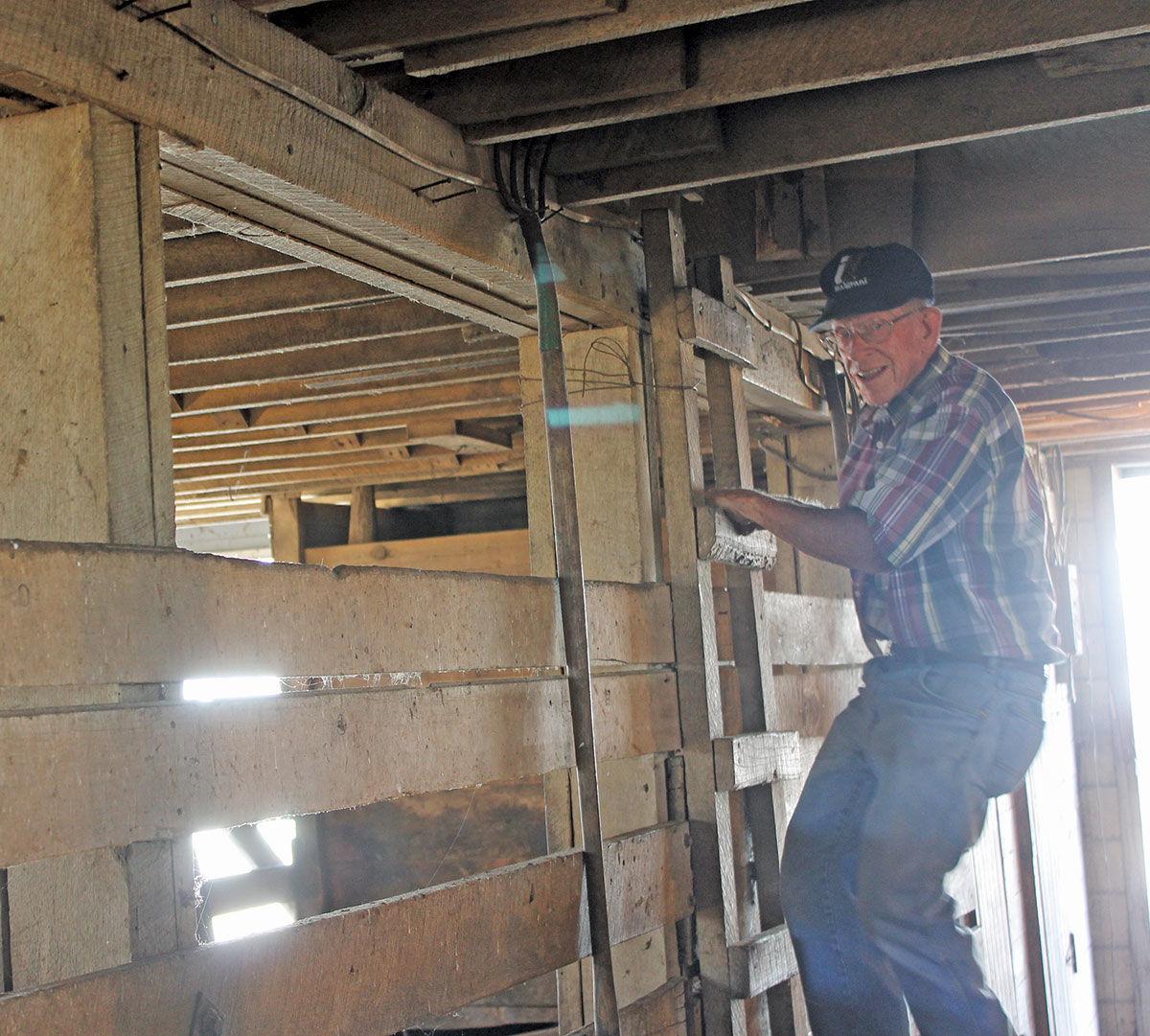 John Pedigo, a retired Macon County farmer, climbs up the ladder in the historic Dameron barn to see the hay mow. 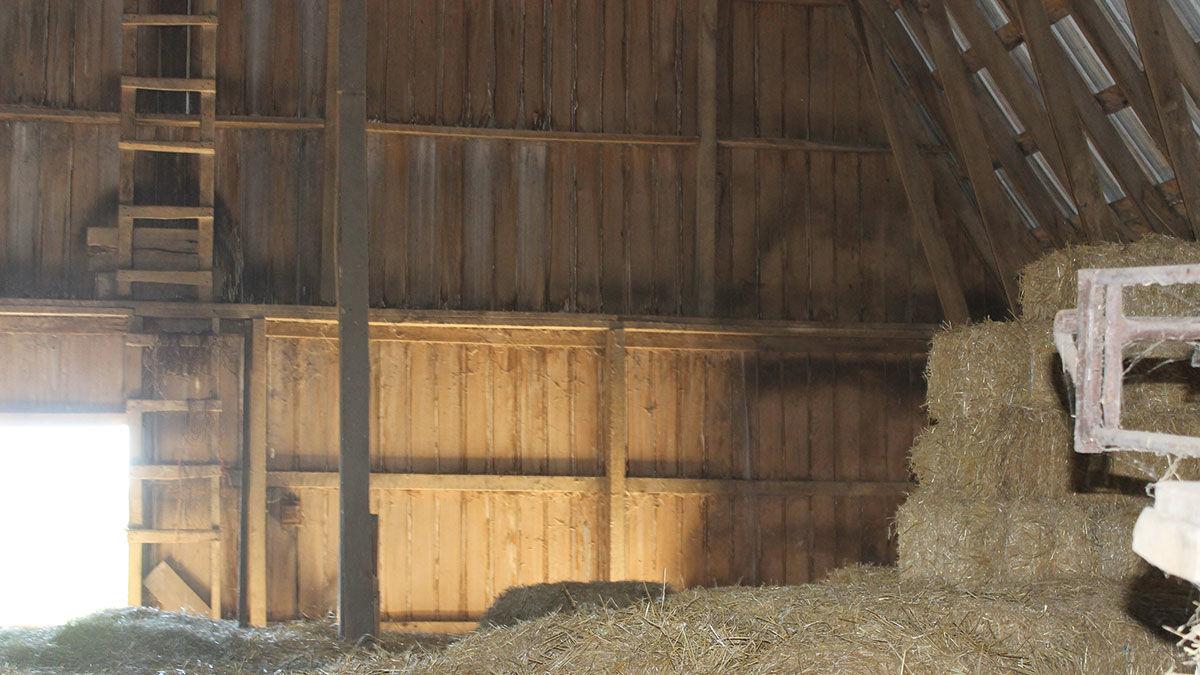 TOWANDA, Ill. — John Pedigo has always been fascinated with barns — how each older, wooden structure is unique.

“No two are alike,” said the retired Macon County farmer.

He joined the Barn Keepers Barn Tour on Sept. 14. Pedigo was not content to just look outside the buildings, especially the working ones.

The 70-something-year-old climbed a ladder to the hay mow of Gary Dameron’s historic barn near here to see hay still stored in the barn that was built in 1943.

The barn was built during World War II by Dameron’s family when he was only one year old. It was not until his grandmother died that he learned how exceptional the barn was.

During the war, resources were scarce and everyone needed permission to use them. The family had to get authorization from the U.S. War Department to use the oak trees on the property to build the barn.

Only in the most “exceptional circumstances” did the War Production Board allow civilians to use natural resources for purposes other than those benefiting the war, the letter explains. The plan was deemed exceptional enough that the request was granted.

Today the barn is part of the family’s registered Angus cattle operation. The next big event for Dameron, his son Jay, daughter Christy and the rest of the team is their annual production sale featuring breeding stock held in November at their modern cattle barns in nearby Lexington, Illinois.

“I wish people could see that modern barn too,” Christy Dameron said.

The historic barn has needed updates over the years to keep it in prime working shape, including new roofing and siding. Dameron appreciates the siding — painting that massive white barn was quite the job. Slown’s Construction handled the siding work.

It’s only natural that Dick Slown’s family construction business in Lexington would tackle such a job. He also has a love of old barns and there is a unique structure on the property near his home.

It is a half barn, half converted corn crib made with barn boards running both horizontally and vertically. It is believed to have been converted from a regular barn to half-crib before 1932, Slown said.

Slown started tenant farming here in 1965. Early on he removed the dairy stanchions from the barn, and farrowed sows for a time and later raised feeder calves. Now, it is used mostly for storage.

He eventually bought the farmland and farmhouse where he lives across the lane from the barn. He never bought this barn and another equipment shed on the property

The barn’s owner lives in Chicago. Slown maintains the barn for its historic value and because he cares about it.

Those are the same values that Judy Sullivan, of rural Lexington, has for the wooden barns on her property. She bought the seven-acre farm 35 years ago to raise horses. She quickly became enamored with the wooden structures on the farm, both for their beauty and usefulness.

“I loved wooden barns and didn’t realize the rate they were being torn down,” said Sullivan, whose barn was also on the Barn Keepers’ tour.

From 1955 to 2002, the number of wooden barns in the county — not counting corn cribs, silos, chicken coops and tool sheds — fell from 4,500 to 1,200, a decline of three-quarters in almost half a century, according to the Barn Keepers research booklet handed out on the tour.

Sullivan’s first accomplishment in saving her barns, likely more than 100 years old, was to address the roof of wooden shingles made from split logs. It is expensive to replace such shingles, and difficult to find someone to do it, she said. Modern shingles would have been simpler and less expensive than repairing the shake roof.

But she found someone to get the job done. Not only do the shake shingles look nice, but they also do their job.

CHAMPAIGN, Ill. — Round barns never really became the trend they were expected to be at one time, even with the push of a land-grant universit…