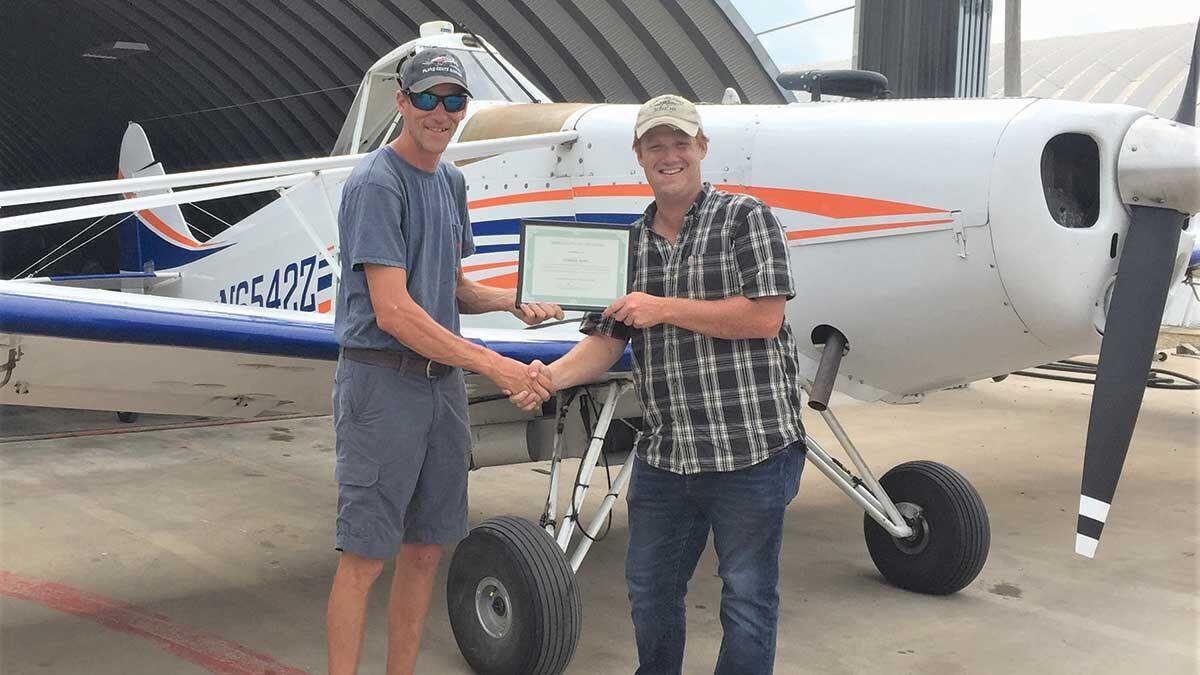 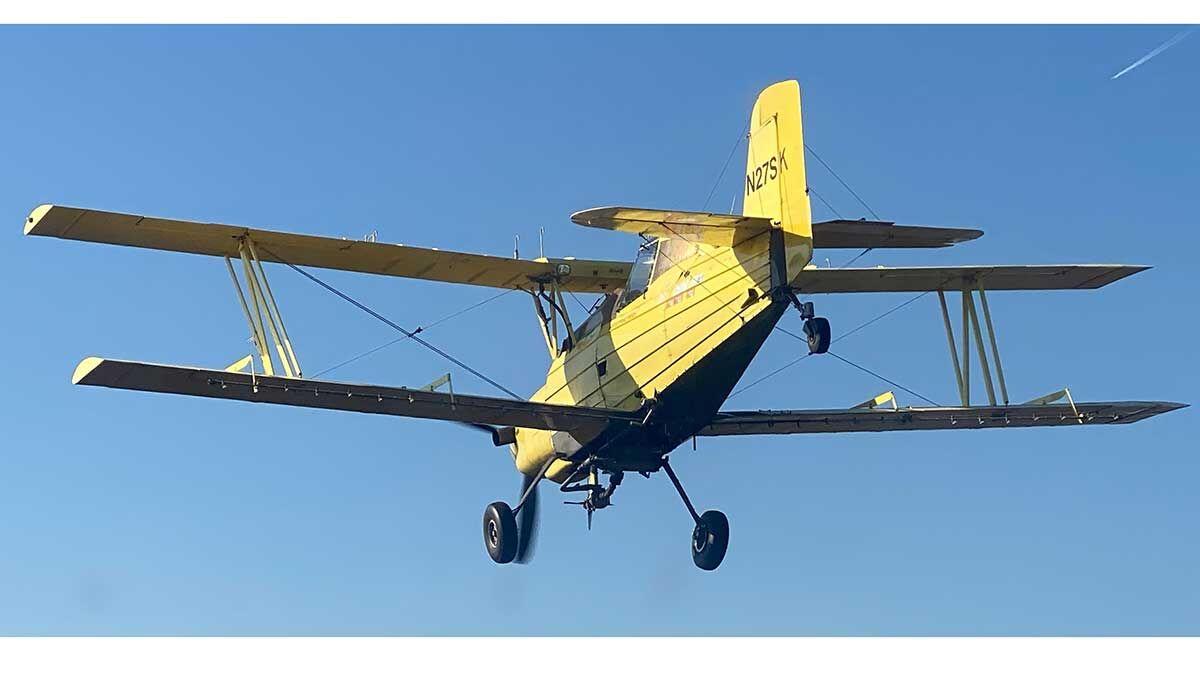 Ag workers are in high demand in the sky as well as on the ground.

After a record-breaking year for the amount of acres sprayed with fungicides by air in 2021, farmers, co-ops and aerial applicator companies are all making plans to prepare for the 2022 season.

This year, Kiman Kingsley’s family business is already booked to train four new ag pilots each month. Kingsley Brothers Plane Cents Aviation in Lawrence, Missouri, is the only such ag aviator training facility in the Midwest.

There was so much demand for fungicide spraying last year, Kiman estimates that only 20-25% of the crops in the Midwest didn’t get sprayed. So everyone is making plans — which will change throughout the season depending on weather — to be as prepared as possible for the 2022 crop.

Kiman and his brothers, Kaland and Kaleb, also farm 4,000 acres, so they are in tune with both the ag and the aviation part of the business.

Kiman has been flying airplanes since high school, earning his pilot’s license in 1989. The brothers started aerial applications on their own crops, and demand grew from neighbors. They started the commercial business in 2005. The demand was so great by 2009 they started training pilots, with candidates coming in from all over the U.S.

In training new pilots, the Kingsleys’ ag experience is often called upon. Some of the new applicator pilots were airline pilots or air traffic controllers, or simply have an urban background and don’t know a soybean from a green bean.

“They don’t know what scab rust is or what is sprayed to control it,” he said.

One of the most intensive parts of training isn’t flying, it’s calibrating the sprayer, he said. Students learn to take into consideration the type of pass, the temperature, elevation, wind, topography and droplet size in calibrating the chemicals.

“In two hours it can be totally different,” he said.

Part of the demand for aerial spraying is the money it makes farmers, Kiman said. Last year, farmers were getting 300 bu./acre corn. If they didn’t use fungicides, he said, it was considerably less.

The brothers also fly in neighboring states including Illinois, Iowa, Kansas and sometimes North Dakota to apply fungicides. They will work with other operators like Ron Lowry of Iowa, an independent sprayer.

“We all work together to get the job done,” Kiman said.

Lowry Flying Service, based in Grinnell, Iowa, was busy in 2021, said Brian Jack, a member of Lowry’s ground crew for the last 12 seasons.

Most of the pilots working at the Iowa flying service have been there six or seven years, Jack said. Some have been trained by the Kingsleys.

“We always seem to get enough help,” he said of the team, which includes about a dozen people with four pilots, ground crew, the owners and office staff.

Farmers and companies are already booking aerial applicators this fall, including Top Ag Coop based in Illinois, Kiman said.

“Everybody was backed up last year with the weather and the timing,” said Jake Greten, agronomy manager for Top Ag Coop in Illinois. With the demand last year, “pilots were run ragged,” he said.

Some farmers had to wait a while for applicators to get to their fields. But it turned out well, according to 2021 data showing later application was more beneficial than early, said Greten, who works from the company’s Okawville location in southern Illinois.

The agronomist recommends farmers who use a premium fungicide get it applied early if there is a window. It leaves an opportunity for a second pass later.

“If using a long-lasting multi-action fungicide, don’t be afraid to go early,” he said.

In some cases, Greten was hearing from farmers who saw a 40 bu./acre advantage where fungicides were applied last year, leading to more demand this year.

With hard-to-get-to fields, Greten said farmers might want to book them early for aerial spraying or use a ground rig if fungicide is needed. These fields are most likely the fields that would be skipped if aerial applicators can’t get to everyone at the same time.

“A historic amount of fungicide” was used in 2021, he said. It was way more than expected by many.

“It’s a good idea to talk to your aerial company now, in the winter,” Greten said.

Farmers talking to the applicators and co-ops earlier will help avoid some issues later, he said.

The supply chain issues plaguing the country have highlighted the problems inherent in the trucking industry. But hiring out farmers during th…

DWIGHT, Ill. — Digging graves may be one way to get more money out of farm equipment. Tiling, custom harvesting and trucking grain are other m…

A bipartisan group of Iowa and Illinois lawmakers this week called on the U.S. Army Corps of Engineers to prioritize funding included in the r…

For someone with one of the most famous names in agriculture, not a lot is known about John Deere the man.