Dave Pastrovic farms near Litchfield, Illinois, about 60 miles from St. Louis. He usually hauls his grain there to get the premium prices available at the terminals on the Mississippi River. But not lately.

“I quit trucking to St. Louis,” he said. “I’ve got older trucks. Between that and the cost of fuel, I’ve been going to the local elevator.”

Pastrovic is among most farmers dealing with the increasing cost of transportation. Getting seed and fertilizer into the ground was more expensive this year than in the past. And taking grain to market will also cost farmers more this fall.

The dramatic increase in oil year over year shocked consumers who paid more than ever to fill their tanks at the gas station. The increase in diesel prices also cut into the bottom line for farmers dependent on the fuel for both delivery of inputs to the farm and hauling of grain and livestock to elevators and feed yards.

Patrick Scates said he has had no choice but to raise prices for ag products. His family owns a trucking business used almost exclusively for agriculture.

“We’ve obviously had to adjust our rates for grain and fertilizer hauling,” Scates said of the company based in Carmi, Illinois. “Most retailers and farmers understand that with rising fuel prices, rates are going to come up.”

Gary Meyers, who farms in Montgomery County, has seen a shakeup brought on by the spike in diesel prices.

“Some guys are quitting because of the cost of fuel,” he said. “Elevators can’t get everything hauled.”

While fuel prices across the board have fallen in recent weeks, diesel has not come down at the same rate as gasoline. That may be due to factors such as the Russian invasion of Ukraine as well as the demand on supplies of heavier crude.

“Globally, diesel fuel continues to be in relatively short supply as a result primarily of Russia’s invasion of Ukraine,” said Dean Foreman, chief economist with the American Trucking Associations. “Normal symbiotic trade relationships have been challenged as a result of the ongoing conflict. On the East Coast there are historically low inventories of both heating oil and diesel fuel and that’s affecting all of the United States. Supply is relatively scarce.”

Costlier fuel is just one problem facing agricultural transportation. A shortage of drivers of trucks bringing inputs to farms and grain to elevators is also a complicating factor.

“It’s not all fuel prices,” Scates said. “There’s a lack of people with CDLs. There’s a lack of trucks. It’s more or less supply and demand. I’ve turned down work for higher rates because I’ve already contracted some stuff that three years ago would have been unreasonable.

“I believe fuel prices will come down. Rates will come down a little, but until the CDL crisis is fixed we’re going to continue to see prices increase over the next few years.”

Some companies are increasing pay and offering bonuses in efforts to draw badly needed drivers.

Scates has 20 trucks but some of them may sit idle despite the demand that will ramp up this fall as farmers get crops out of their fields.

“I could use four or five drivers right now,” he said. “We’re getting ready to go into harvest. That’s a time we really need our trucks to run.”

Pastrovic said farmers in the Corn Belt are taking another look at how to get their product to the elevators.

“A lot of guys who normally haul to terminals are calling the elevator and telling them to come out and pick it up,” he said. “You’ve got to look at time as well as other things. At our elevator, we had so much grain to haul we had to put on extra trucks, then had to find drivers.”

While the problem transcends geography and industries, those in rural areas may be getting hit harder, especially with the driver shortage.

“There is asymmetry,” Foreman said. “It matters what kind of truck you need and where they are geographically. The more remote the area in America the more challenging it is to locate a driver.” 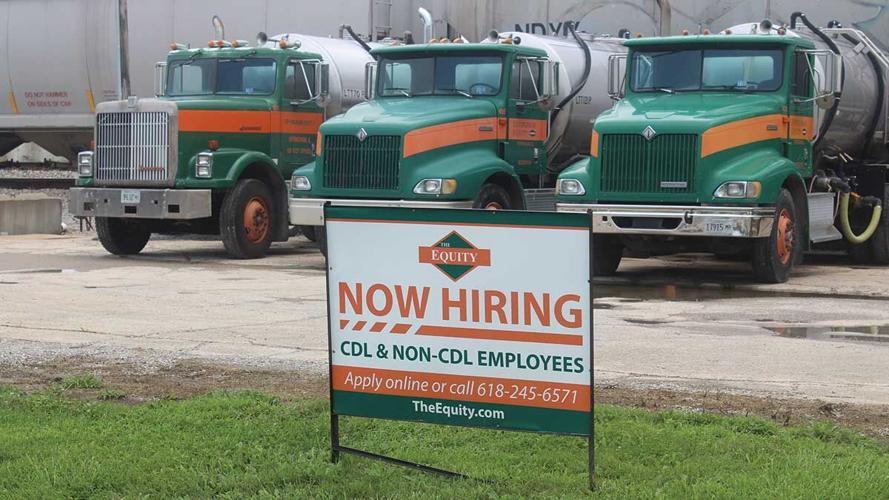 Trucks sit idle at a grain elevator in Fayette County, Ill., while trucking companies continue to advertise for drivers. 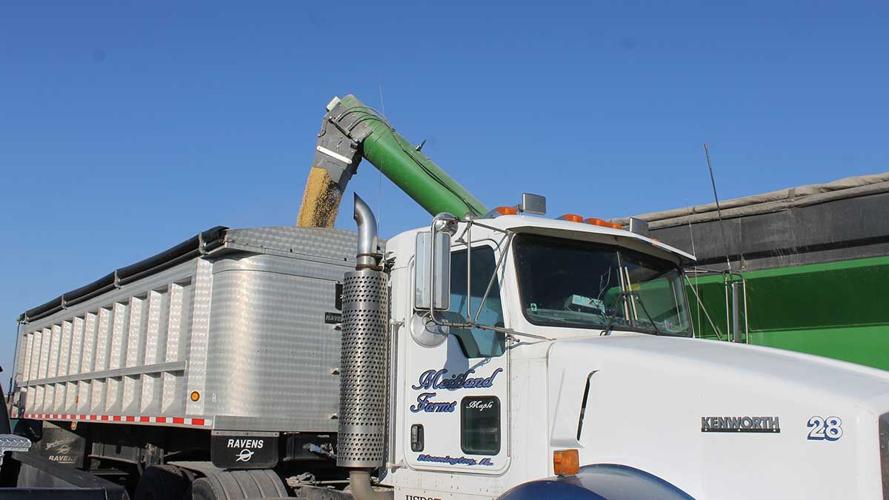