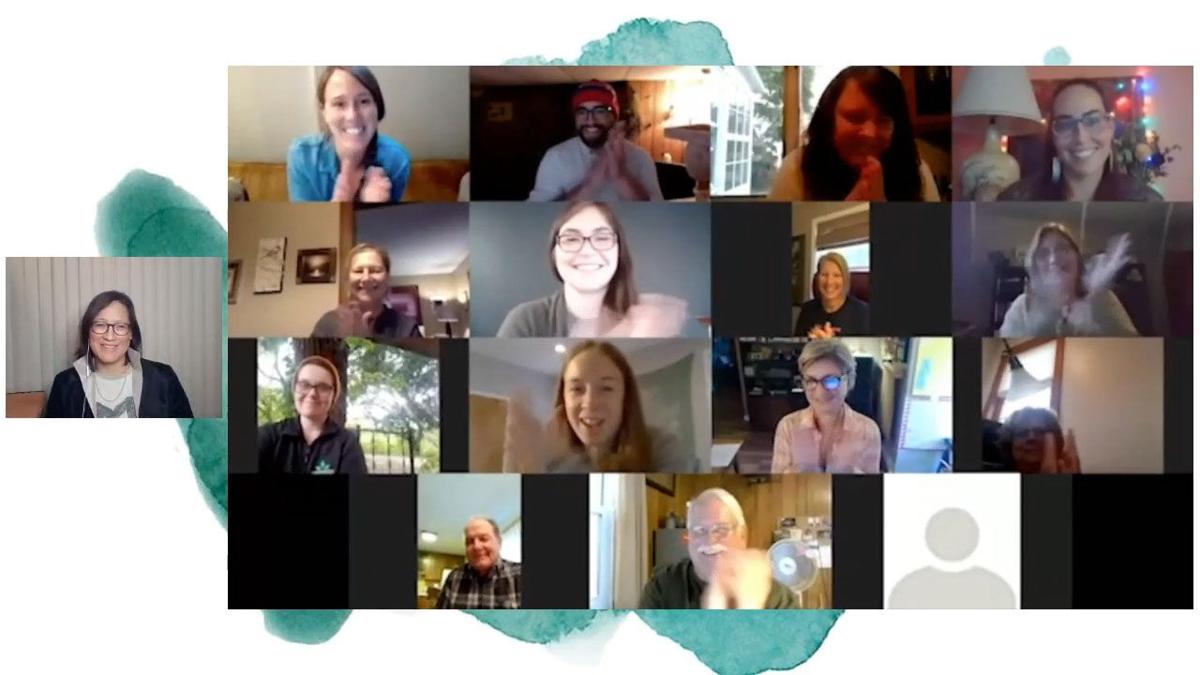 The Dish, a virtual auction event, was a new fundraiser for the Illinois Stewardship Alliance this year. It was so successful, the format will be used in the future even after the pandemic, organizers said. 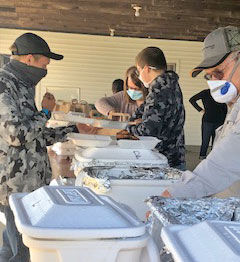 Many organizations earn the majority of their funding from one or two major fundraising events during the year — a dinner, booth at a county or state fair or an auction. This year, with so many events canceled because of the COVID-19 pandemic, organizations are left scrambling.

Those helping 4-H members this year had to adapt the 4-H motto “to learn by doing” in a new world.

She said some 4- H leaders including Nathan Pyatt, a recent inductee of the 4-H Hall of Fame, and Miranda Reedy, both of the Cisco Clovers, really stepped up to challenges. Their 4-Hers were able to continue their fundraiser of selling mums and made enough to cover the $20 fee for the research education projects for each member for a year.

The 4-H fair for DeWitt-Piatt- Macon counties Extension is in Farmer City in DeWitt County. 4-Hers raised money for their fair by holding a drive-through pork chop meal which helps pay the water and utility bills on the grounds, Wenke said.

This year, they decided to hold a virtual event that included a silent auction to raise funds.

“The stories were central,” said O’Donnell of the new event they called “The Dish.”

People got to hear about the creativity, the passion and the resilience of producers. The storytellers included an aquaponics and industrial hemp grower in western Illinois, a farmer and miller from central Illinois, and former Chicago couple now using the new cottage food laws for their cider and apple products business in southern Illinois.

One advantage of this option is the stories told at the Oct. 4 event remain on YouTube so more people can learn about the farmers and the organization, O’Donnell said. The traditional in-person harvest dinner was a more localized event for those who could attend, but the virtual program reaches people across the state, she said.

The event surpassed the group’s goal of $20,000, said Liz Stelk, the alliance’s executive director. It was such a success that the group looks forward to doing a similar event after the COVID-19 crisis is over, O’Donnell said.

Back to its roots

The annual Apple and Pork Festival, held in Clinton in central Illinois, went back to its roots this year. It is a fundraiser for the C.H. Moore Homestead DeWitt County Museum, said director Joey Long.

The festival started with one big kettle of ham and beans and a stack of smoked ham sandwiches. Now it draws about 80,000 people to a town with a population of less than 8,000, Long said.

The profit from the late-September festival is shared among about 25 nonprofit groups who have booths on the grounds, so when the festival was canceled this year it affected many people. The organizations, like the museum, had to figure other ways to make their budgets work.

They served beans and smoked ham in a drive-thru format.

“The support of the community was overwhelming. Cars were lined up seven blocks at one point to get the signature ham and beans and cornbread,” she said. At least 600 ham and bean meals were served.

“We made thousands of dollars. Not near what we make at the festival, though,” she said.

Ag in the Classroom is one of the benefactors at the Illinois Farm Bureau’s annual meeting at the Palmer House in Chicago. More than 1,500 farmers and their families from every county in Illinois have the opportunity to participate in the IAA Foundation’s silent and live auctions at the December weekend event. Auction items add to the personality of the event and the coffers for the ag literacy program.

This year the annual meeting won’t happen in Chicago, but IFB is planning regional meetings and virtual options so delegates can vote on agricultural issues and business can be carried out.

The live and silent auction which The IAA Foundation, the charitable arm to the Illinois Farm Bureau, usually holds will also be virtual, said Susan Moore, director of the foundation.

The auction will run Nov. 30 to Dec. 7, Moore said. Some of the popular annual items for auction are ice cream and milk for a year sponsored by Prairie Farms Dairy, she said. Artisans’ creations will also be featured.

Other groups at the county level will still raise money for Ag in the Classroom at local events, and students will be getting classroom kits and going on virtual farm tours.

More information is available at iaafoundation.org, she said.