DECATUR, Ill. — As a backyard farmer within the city limits of Decatur in central Illinois, Josh McGrath tends bees, chickens and a variety of veggies.

While the urban farmer nurtures his chickens and crops on a city lot, he dreams of having as many as 10 acres to farm, but the price of farmland today makes that dream hard to attain.

“I would like to make it my full-time gig,” said the Decatur Park District horticulturist.

McGrath and his wife, Jennifer, also a horticulturalist who works at the Menard’s garden center, are comfortable with a little dirt on their hands. For 14 years the couple has maintained their urban farm, following city bylaws regarding their chickens.

“We have a big lot and are lucky to have good neighbors,” he said.

The next house is the end of the city on one side, and his other neighbor likes chickens so much, she has chicken décor in her kitchen.

McGrath does have some issues with neighborhood wildlife. Deer nibble on tender shoots of his tomatoes.

Foxes and other predators including dive-bombing hawks are a threat to his chickens. He has also seen mink, a skunk and can hear coyotes howling in his urban location.

Some of his chickens — the Silkie breed — are really pets. They live out their lives long past their prime egg-laying years. One is over 10 years old.

McGrath likes to sit and watch the bees or the chickens. However, sometimes it’s stressful watching chickens establish their pecking order.

“Sometimes it hurts me,” he said, getting up to intervene with particularly aggressive bird.

He also has a newer breed, Bielefelder, which is known for having good egg producers.

“It might be cheaper to buy eggs at the store,” he said when talking about the price of chicken feed and the work involved. But for him, it wouldn’t be nearly as much fun.

For advice for beginning chicken keepers, he says, “Don’t buy chicken wire for the coop. Raccoons can get into it.” Welded wire protects the chickens better.

When they first moved here, he built the greenhouse, had a little garden and 10 to 12 chickens. He keeps expanding and adding new crops. Now he is experimenting with ginger.

His crop of honey last year was 700 pounds, and he’s aiming for 1,000 pounds this year. He has 32 hives, here and at other locations. His bee hives in town produced a winning honey in the Sangamon County Beekeepers competition. The group has about 50 members.

His wife also uses some of the beeswax to make soaps and lip balms for sale.

He sells most of the tomatoes he harvests from 50 to 60 plants and other produce at farmers markets.

McGrath tries to rotate his peppers, tomatoes and eggplant, which are in the same family of plants with other crops to avoid disease, but he needs more room to accomplish this.

His dream is to have enough acreage for his ideal crop rotation and a flock of about 300 chickens for eggs. His regenerative farm would probably include some goats or sheep.

“Ten acres would be perfect,” he said.

HEYWORTH, Ill. — No matter where she is in the world, June Lavelle connects with agriculture, economic development and people ready for change.

SPRINGFIELD, Ill. — The Abraham Lincoln Presidential Library gets its fair share of international visitors among the 5 million people who have…

How the climate deal would help farmers

Agriculture tightly woven into fabric of the Illinois State Fair

SPRINGFIELD, Ill. — Agriculture is at the heart of the Illinois State Fair in Springfield.

DU QUOIN, Ill. — The Du Quoin State Fair is bouncing back from COVID-19 just in time for a celebration of its 100th anniversary. The fair will…

COPENHAGEN, Denmark — Almost everywhere you look in Denmark, you see the results of sustainability efforts. 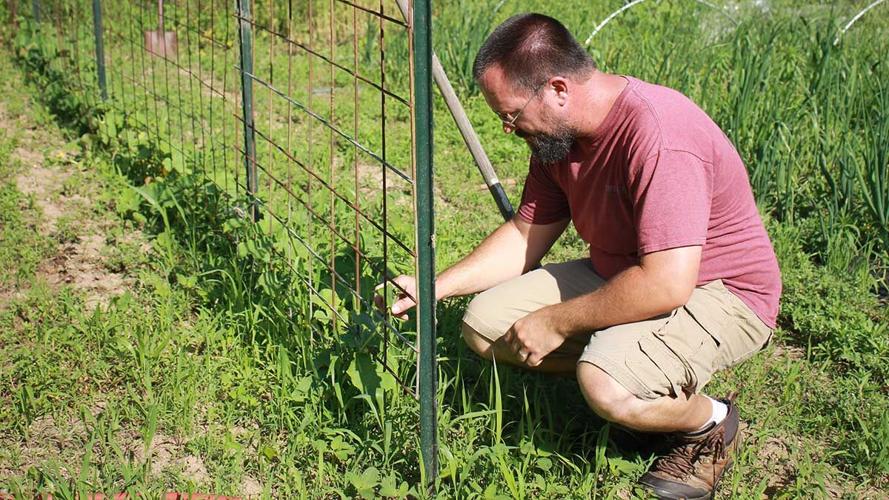 Josh McGrath trains vines to grow upward in his big backyard within the city limits of Decatur, Ill., on June 14. He and his wife, Jennifer, keep chickens and bees, and raise a variety of vegetables. 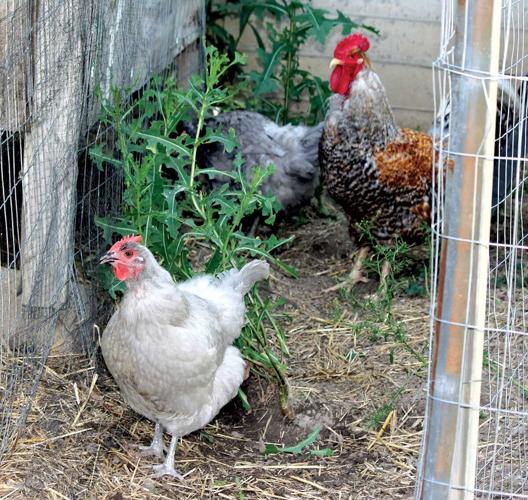