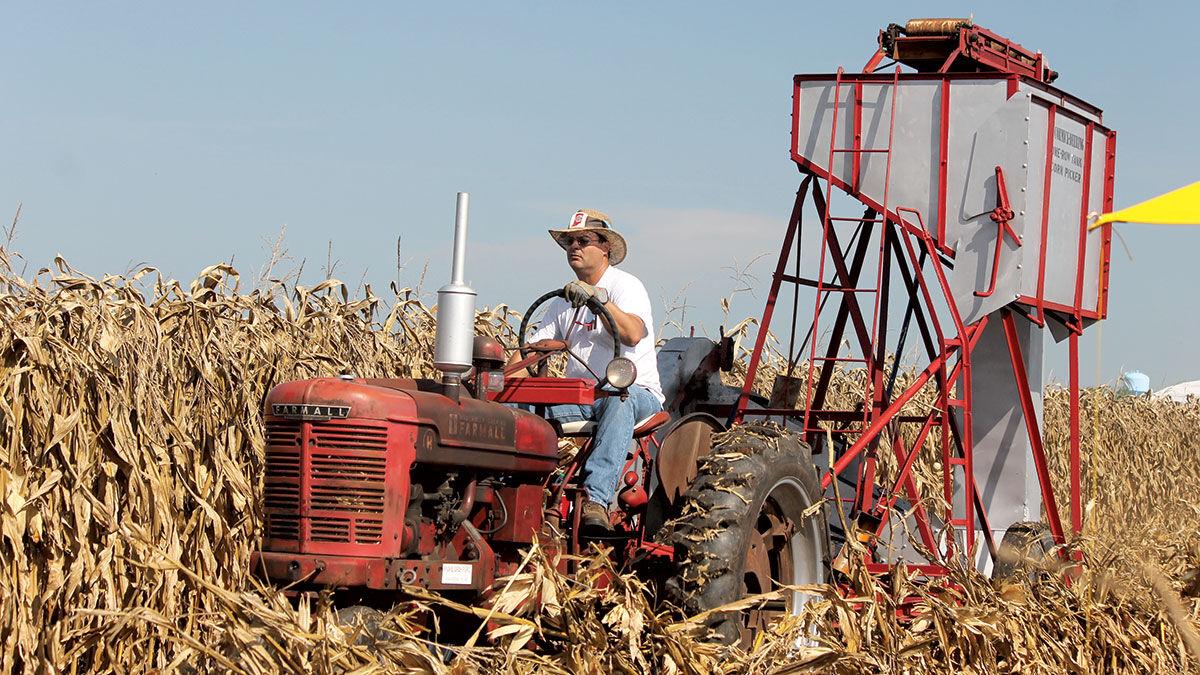 The McCormick-Deering one-row corn picker is an eye catcher in the field. 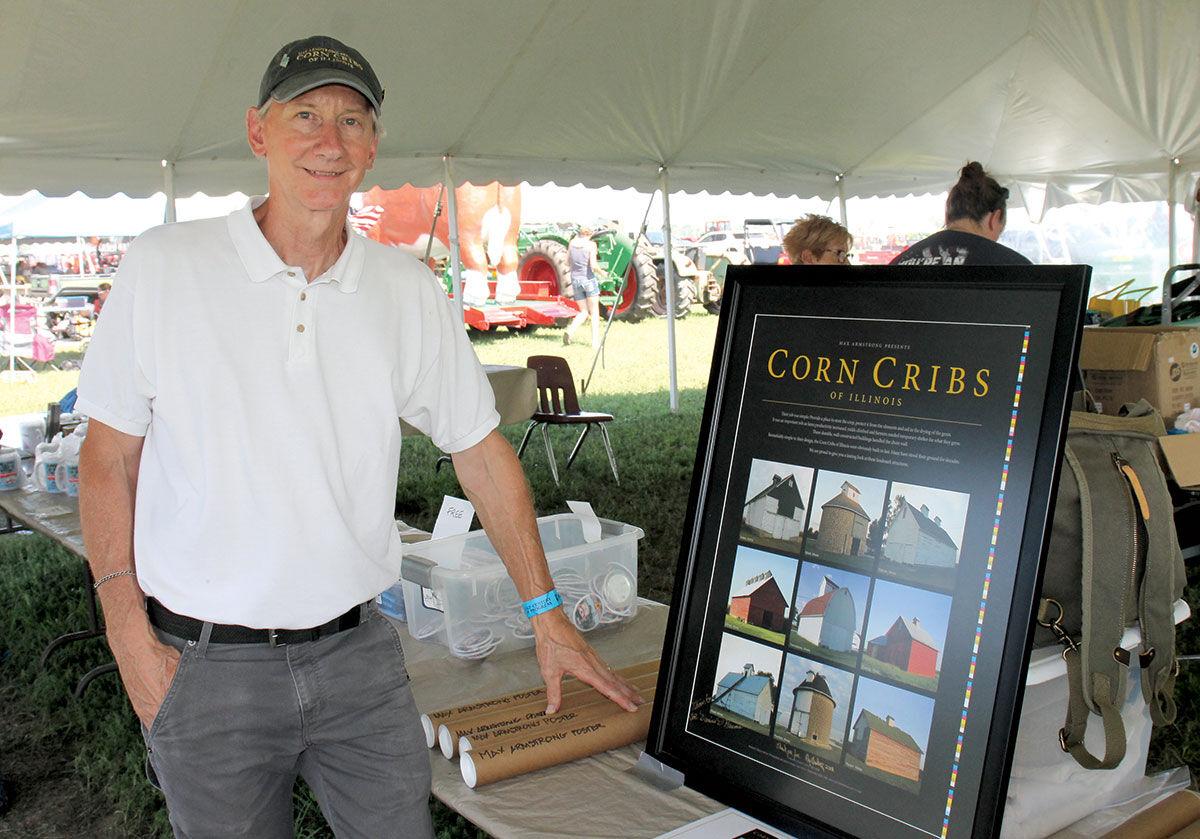 Joe Horinh’s photography is a tribute to corn cribs. Like many exhibits at the Half Century of Progress Show, he pays tribute to agricultural history. 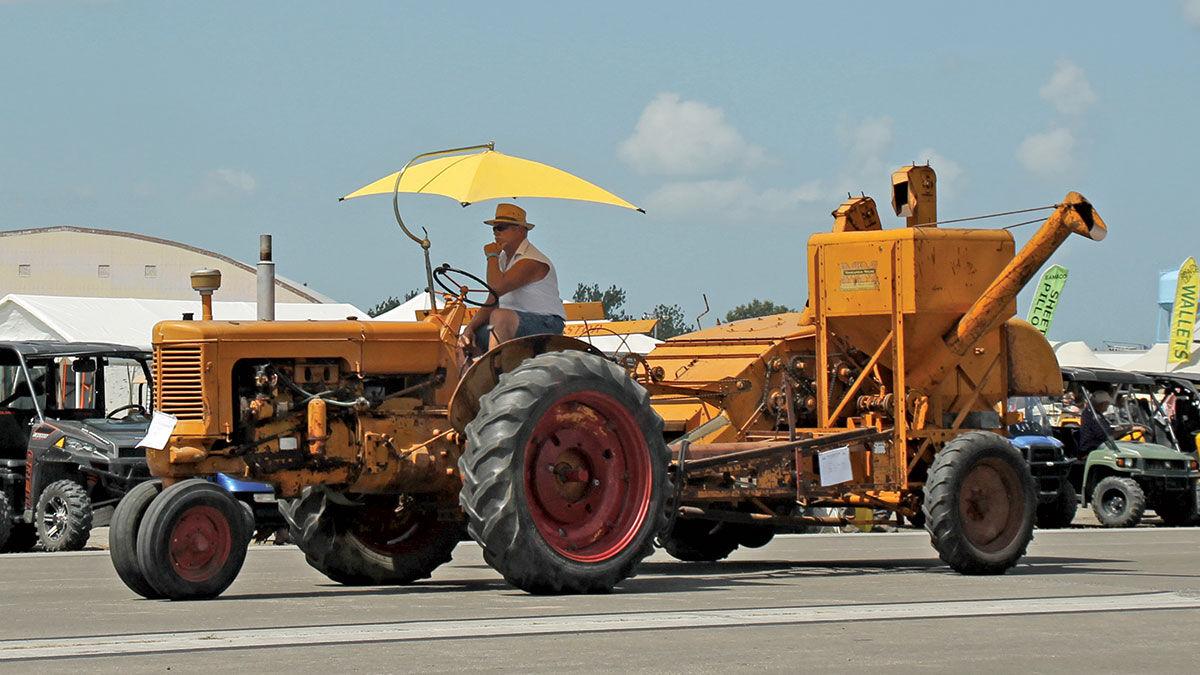 A tractor driver waits to continue in the Half Century of Progress parade as he pulls equipment labeled “Minneapolis- Moline Modern Farm Machinery.” 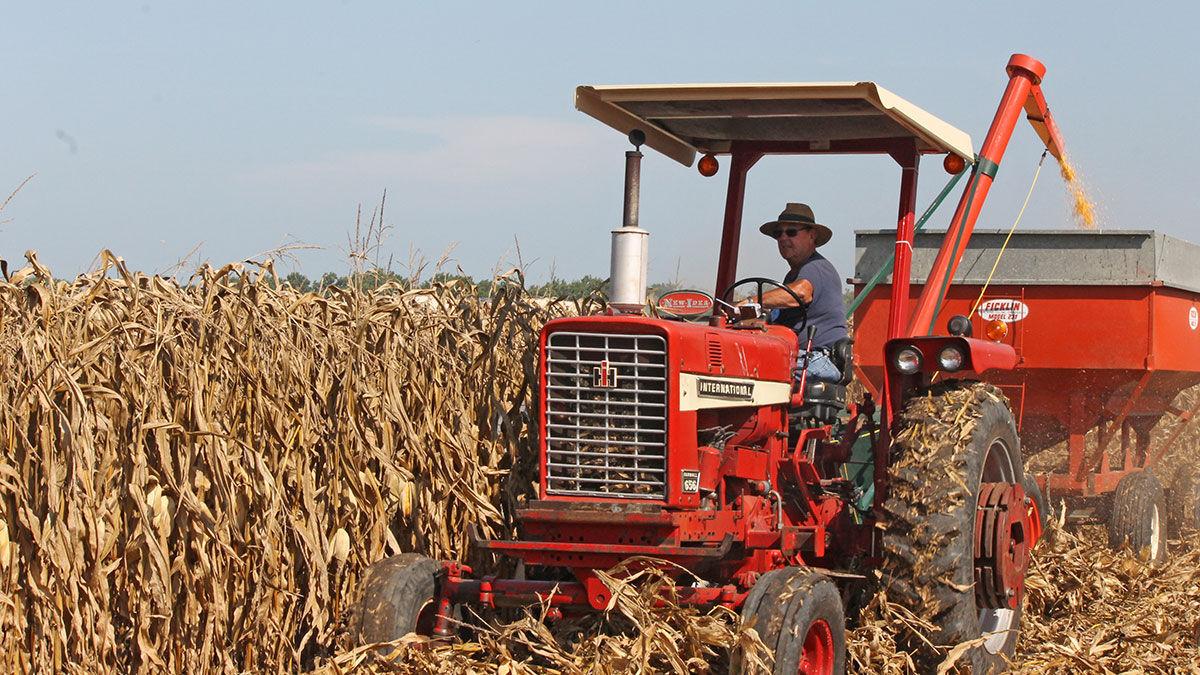 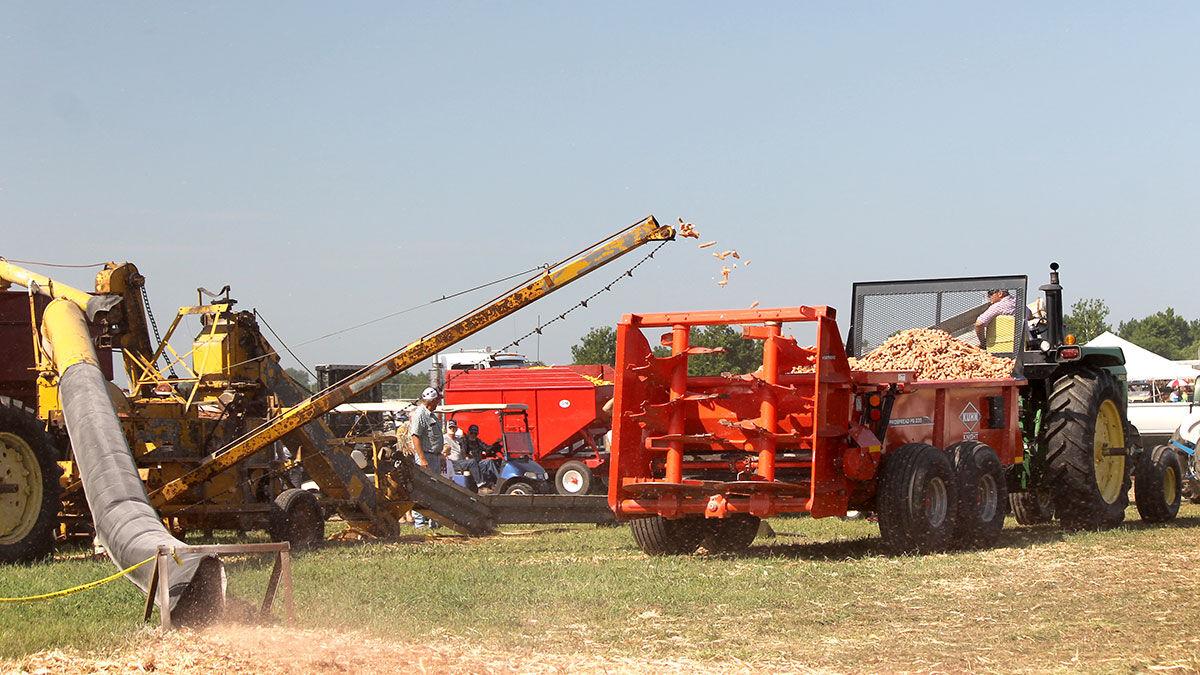 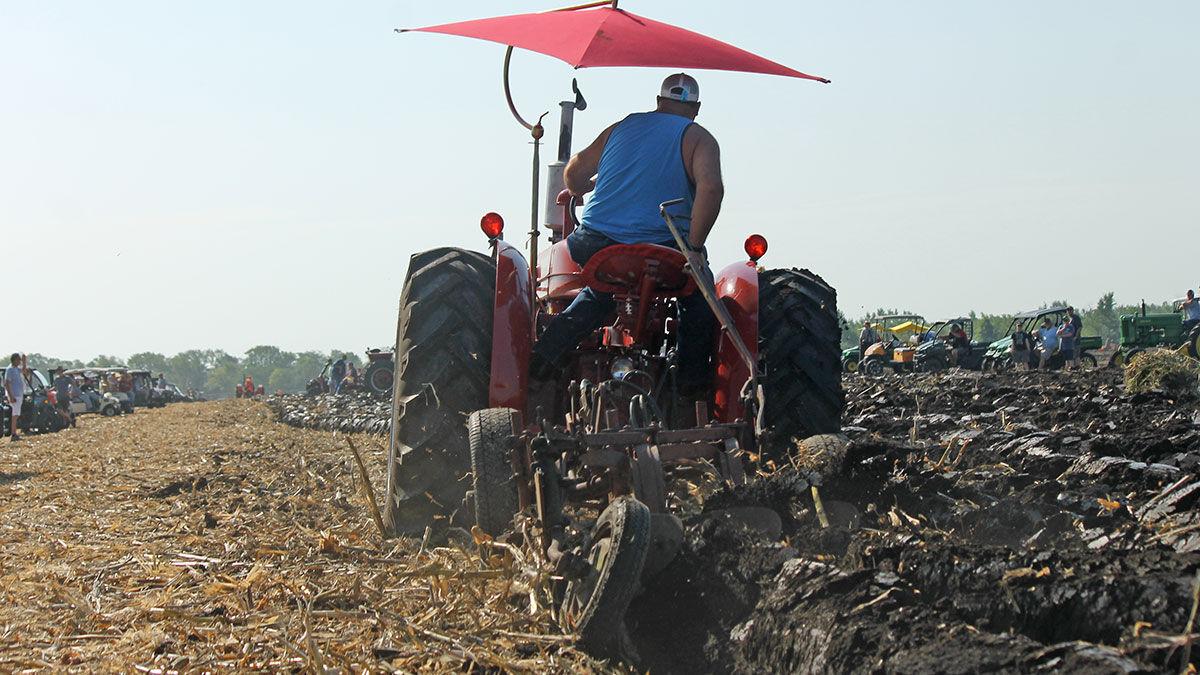 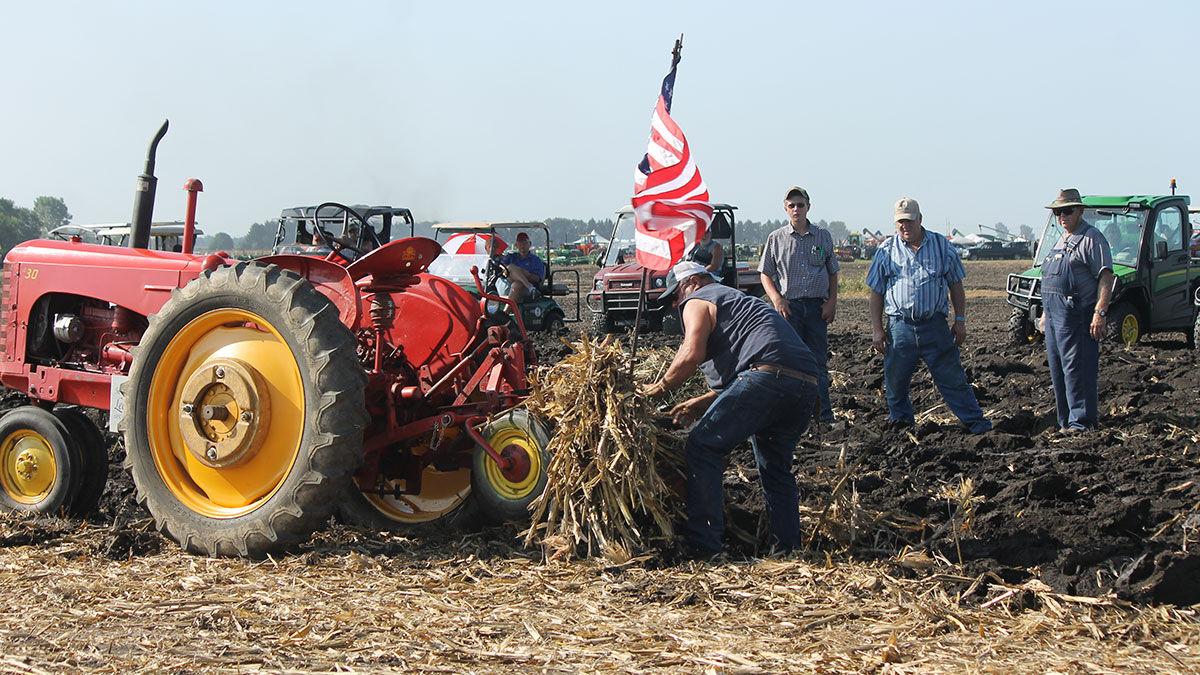 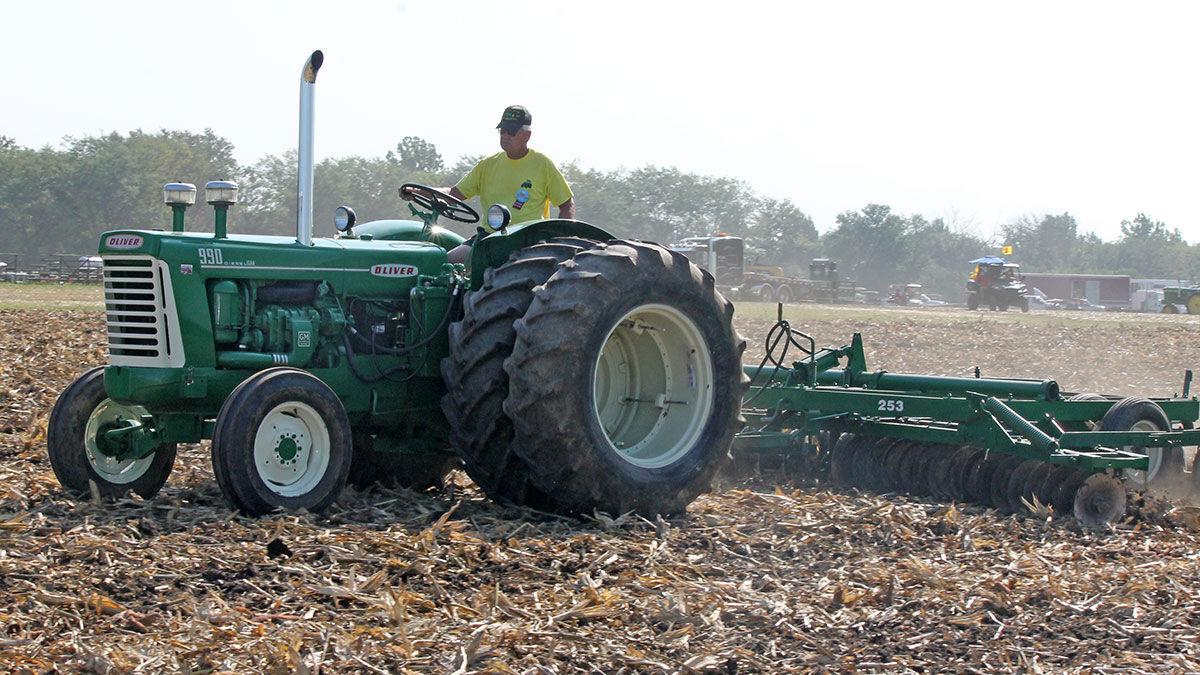 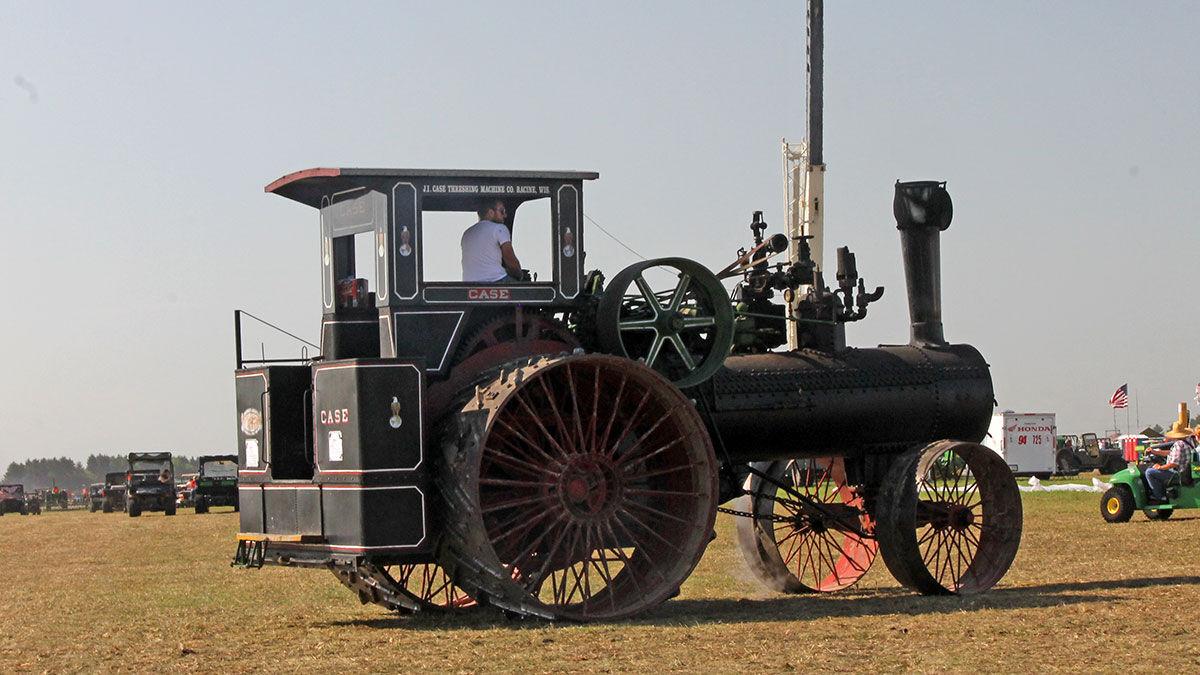 Tractors are in various degrees of restoration and re-creation. 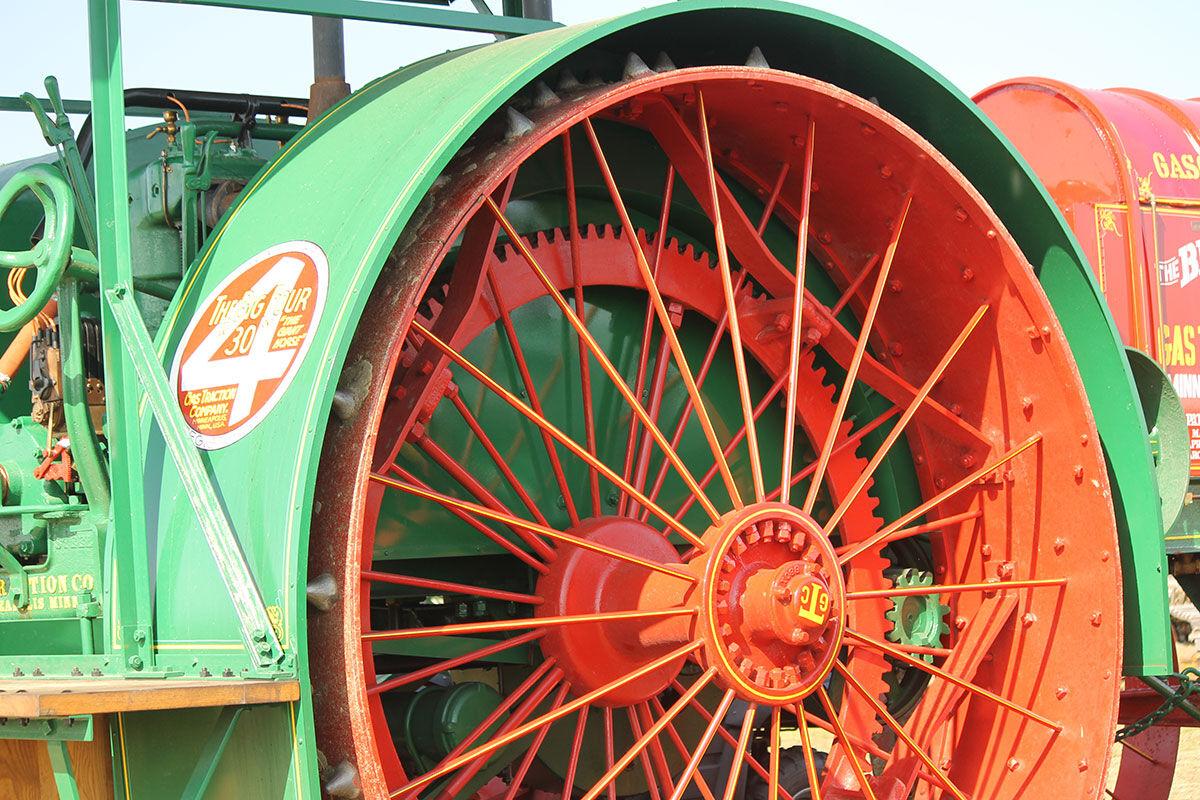 RANTOUL, Ill. — Fifty years ago, in 1971, the Nasdaq stock index debuted, Disney World opened, cigarette advertising on television ended and the voting age in the U.S. was lowered to 18. Of greater interest to tractor enthusiasts: The trend to repower tractors grew.

At the Half Century of Progress vintage equipment show, the 1971 tractor and all its variations were celebrated Aug. 26-29 on an airport runway in Rantoul, Ill.

With lapel buttons and T-shirts celebrating the Rantoul Repower Roundup, an estimated 50,000 people got close-up looks at tractors and equipment of various ages, but it was the 1971 repowered tractor that led the daily parade.

Towards the end of the 1960s and early ’70s, equipment was changing — getting wider and bigger — and it needed more power to pull it, says Russell Buhr, co-chair of the Half Century of Progress.

“People had been doing that in the 1950s. It was easier in those years,” he said.

As tractors became more complicated, it wasn’t as easy.

The practice of repowering grew in 1971 as machinery grew. As farmers started farming more acres, they needed bigger equipment and more power.

“Everything changed,” he said.

This year, the featured 1971 tractors were among about 2,500 on the grounds at the event, organized by the I & I Antique Tractor & Gas Engine Club.

This is the 10th show and it started 20 years ago. It is held in advance of the Farm Progress Show when it is in Decatur, Illinois, every second year.

Buhr is co-chair with John Fredrickson of Kentland, Indiana. With Darius Harms, who died in 2016, they were the trio of chairs at the first Half Century Show in Henning, Illinois, in 2003. Along with farm broadcaster, Max Armstrong, they watched the show gain popularity quickly.

Since then, the show has been held at the Rantoul Aviation Center in Champaign County, attracting larger and larger crowds coming to see seed corn shelling, corn picking, combining, plowing, tillage, steam engines and all kinds of agricultural practices popular from days gone by.

Often the organizers don’t get time to get their own tractors ready, said Macie Buhr, Russell’s sister.

“I have a 1948 M Farmall International from my dad. It was made the year I was born,” she said as she worked the registration desk.

Her brother chose a Bührer — so similar to Buhr.

“That’s why I bought it. It’s the only one I ever saw,” he said of the 1955 tractor made in Switzerland and a rarity in the U.S.

Gene Watson of Tipton, Indiana, one of the volunteers for the show and a member of the I & I Club, said he believes there was more equipment than ever this year.

“Gee whiz, you can see everything here from a prairie tractor or horse-pulled and everything in between,” said Watson.

“This show is magnificent,” said Robert Off, one of the parade Marshalls who also coordinates some of the corn harvest events. “There’s fellowship from all over the country.”

The mood on the grounds is high.

“I really like coming to a working show and seeing everything that has survived,” said 1961 John Deere 8020 owner Todd Beisiegel of Freeburg, Illinois.

He’s been at the Half Century show every year except the first one.

“They only build about 100 of her,” he said of his tractor. The farmer and mechanic fixed the oil leak, made a few other repairs and adjusted the hitch so he could participate in the plowing demonstrations.

After a year without a Farm Progress Show, this year’s version was welcomed by attendees Aug. 31 to Sept. 2 in Decatur, Ill. It was the first …

The McCormick-Deering one-row corn picker is an eye catcher in the field.

Joe Horinh’s photography is a tribute to corn cribs. Like many exhibits at the Half Century of Progress Show, he pays tribute to agricultural history.

A tractor driver waits to continue in the Half Century of Progress parade as he pulls equipment labeled “Minneapolis- Moline Modern Farm Machinery.”

Tractors are in various degrees of restoration and re-creation.