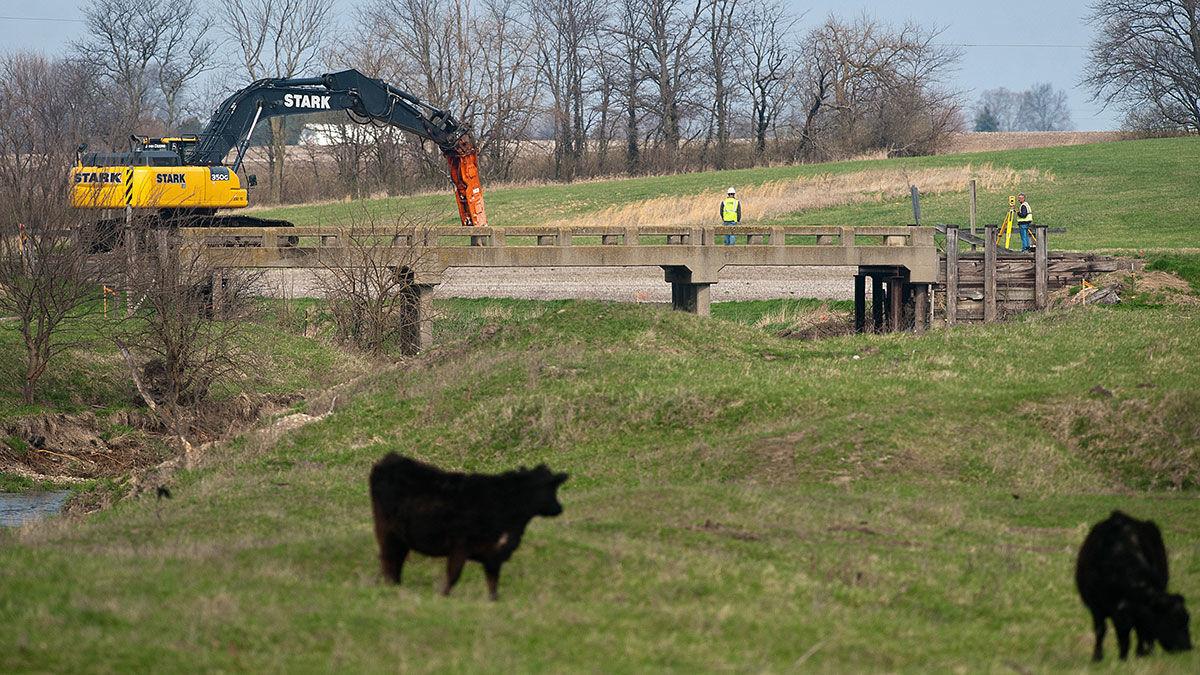 Work on a bridge in rural Illinois. 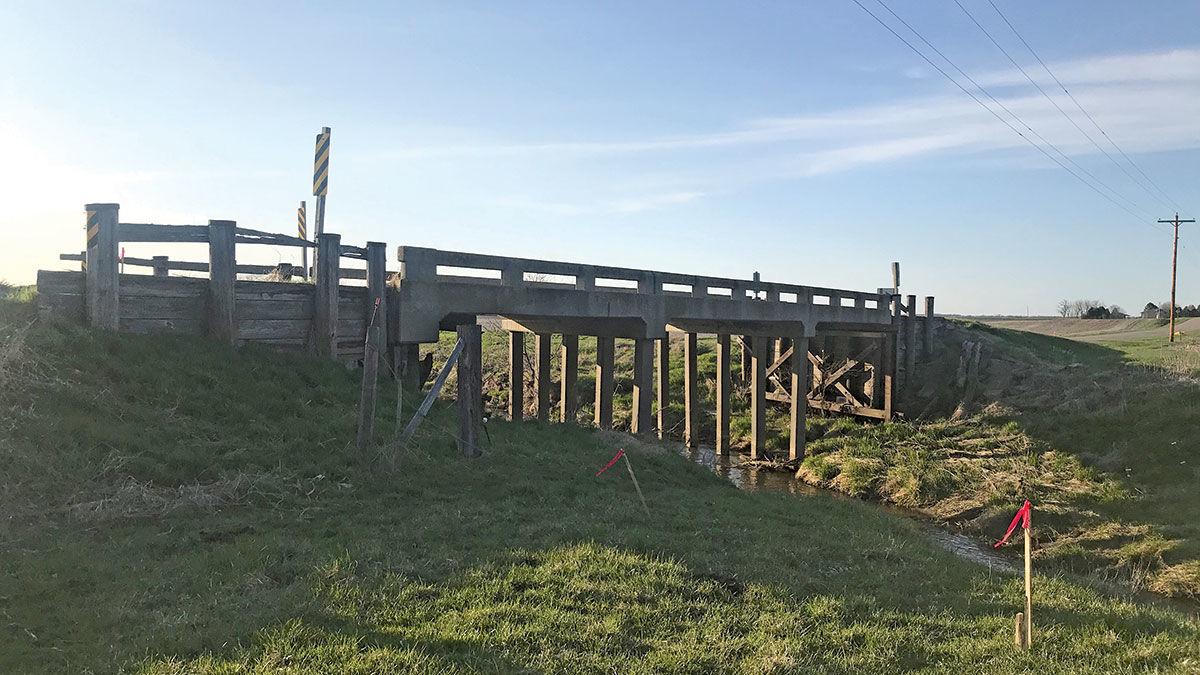 The start of bridge work in April in Dale Township, McLean County, Ill.

Work on a bridge in rural Illinois.

The start of bridge work in April in Dale Township, McLean County, Ill.

BLOOMINGTON, Ill. —Some farmers in central Illinois are taking the long way home during planting season this year, but the payoff is that bridge or culvert repair work will be done by September so they can have quick access to local elevators during harvest this fall.

That’s something county engineers think about when planning rural roadwork projects, said Tazewell County engineer Craig Fink. They try to fit the project between planting and harvest season, but when the full construction season is needed, planting season is sacrificed for harvest season.

Fink gives the example of a culvert replacement project in Boynton Township in Tazewell County. It is a full-season construction project so it started in late April to be completed in August.

Similar planning was involved for a rural bridge near Bloomington in McLean County in central Illinois. The bridge, built in 1958 and rehabilitated in 2011, had to be replaced this year.

The type of timber construction on the Dale Township bridge was popular for about a decade nearly 75 years ago, said McLean County engineer Gerry Stokes. The timber piles of the bridge had begun to rot.

Over the last 10 years, the county has been replacing this type of bridge. This is the last of the timber pile bridges in McLean County, Stokes said.

When completed, the new $800,000 concrete bridge (built with 80% federal, 10% county and 10% township funding), will be 4 feet wider than the old bridge and ready for the farm traffic in the Danvers and Bloomington area at harvest time.

The COVID-19 pandemic hasn’t slowed projects, but there could be a longer-term impact with the Motor Fuel Tax funding. Since people have been driving less, a smaller amount of revenue has been generated by the tax, Fink said.

He also noted the Rebuild Illinois funding and bond money have been a “huge help” in getting much-needed infrastructure projects accomplished.

“We still can’t do everything that needs to be done,” he said, adding great progress has been made and plans are for more are in the works.

“With Rebuild Illinois, this is the biggest maintenance program we have had in a decade,” Fink said of bridge and road repairs.

He was especially proud of his staff for getting the bids and paperwork done at a time when half the staff was out of office because of the coronavirus pandemic. His staff returned to their offices on May 11 following new protocol.

Scott Sigman, Illinois Soybean Association transportation and infrastructure lead, has been working with Fink and others in an effort to find the most efficient way to get the priority bridges repaired in Illinois.

In Illinois, 4,032 state-owned bridges need repairs at an estimated cost of $4.8 billion if all were repaired. Sigman said the Illinois Soybean Association and its partners are recommending “bridge bundling” as an option to get the repairs done most cost effectively and quickly.

He cites Missouri’s Safe and Sound Bridges program as an example of a successful bridge bundling program using an efficient design-build system to complete 554 bridges for $685 million in 3.5 years. Instead of each bridge being designed and contracted on a custom basis, a general plan is used for those of similar construction and size to trim design costs and save in volume discounts for construction materials.

“The 554 were built under a single contract,” Sigman said of the Missouri effort he sees as a positive model for Illinois.

Such design systems are more economical because they involve pre-cast materials rather than customer design and the economy of scale which helps save taxpayers’ money, he said.

While he is focused on the bridge repairs for soybean farmers, he emphasizes it’s the same bridges, school buses, emergency services, utilities and others use.

“We know the state and county can’t fix every bridge,” Sigman said, but by prioritizing those that go to elevators or river terminals, it is favorable for soybean growers and other producers to reach world markets.

Traditionally bridge inspectors visually evaluate bridges to prioritize them. Now with the help of Iowa State University, sophisticated equipment is used in “nondestructive testing” of the bridges to help determine what repairs need to be made and prioritize the efforts.

The Illinois Soybean Association is willing to pay half of the cost with the state to get some of the non-destructive test apparatus to save money and set priorities here, Sigman said.

He said although Midwest states are active competitors, there is also a collegiality where they participate and share ideas to benefit all.

“Following some of the best approaches in adjacent states can improve the transportation network,” Sigman said.