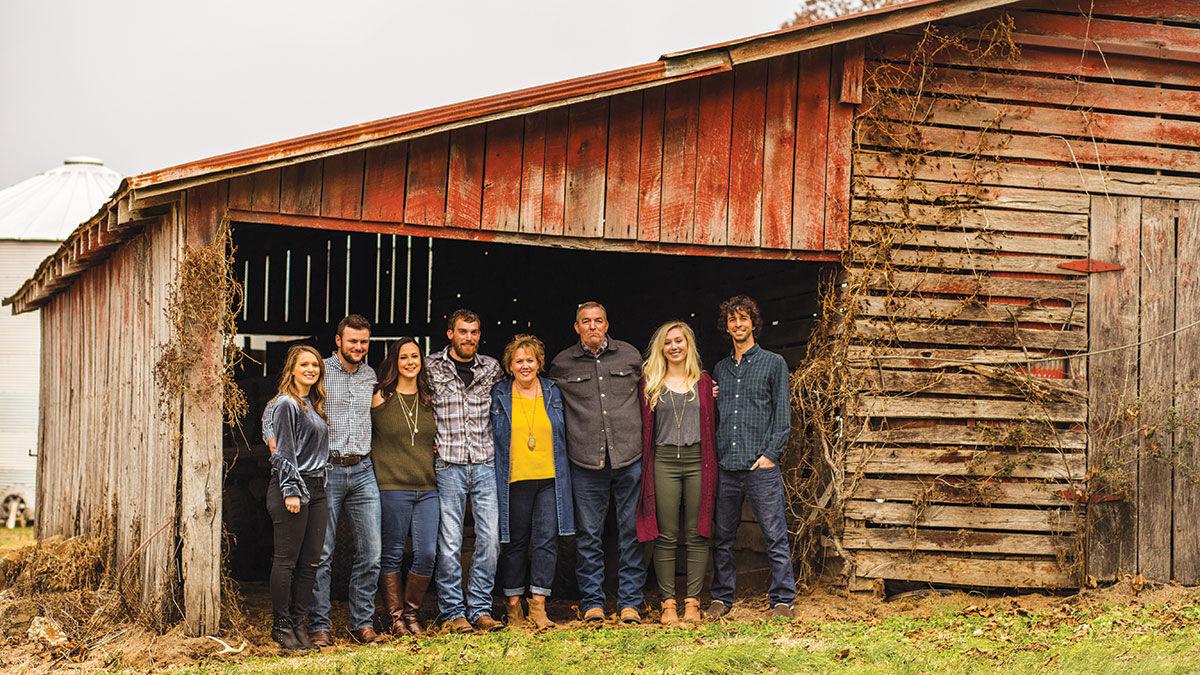 The Tennis family 10 years after being named the Illinois Farm Family of the year in 2011. From left, Mackenzie Tennis and her boyfriend Thomas Weger, Megan, Markus, parents Mark and Marsha, Maran and her fiancé Derek Garcia. 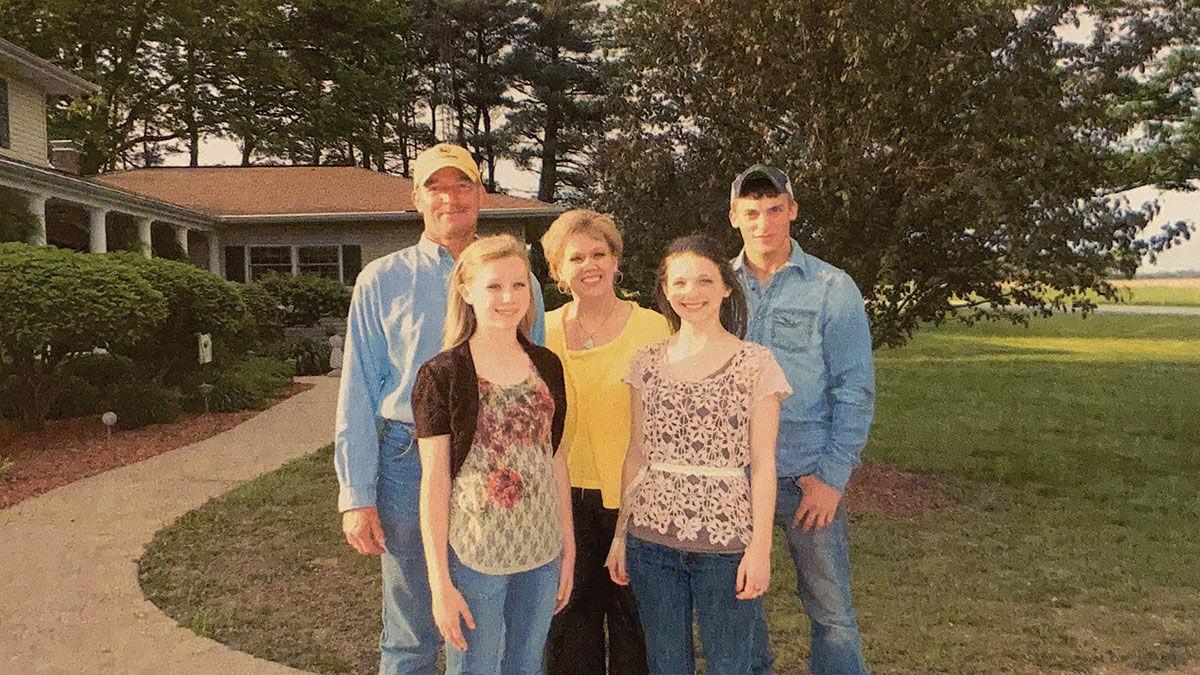 The Tennis Family received the Association of Illinois Soil and Water Conservation District Family of the Year award 10 years ago.

When the Tennis family of Sumner, in southeastern Illinois, was named the Illinois Farm Family of the year 10 years ago, they were active in their community and using conservation-minded farming practices. Mark and Marsha’s three children were teenagers.

The children have grown to become a chiropractor (Mackenzie), a teacher (Maran) and a farmer (Markus). While the family has expanded to include a boyfriend, fiancé, a wife and the first grandchild on the way, the Tennises still farm in Lawrence County with the same principles they were recognized for in 2011.

Mark had good training to manage resources wisely. He grew up on a dairy farm as one of 10 siblings. Marsha was one of four daughters of a farmer who farmed with his father.

With so many siblings, there wasn’t room for all of them to farm together. Mark and Marsha ventured out and began their own farm with 40 acres.

Over the years, Marsha had a variety of jobs on the farm that changed as the children grew.

“It’s in my blood,” she said of working on tasks including bookkeeping, tillage, trucking and minding the grain bins and driers at harvest.

They farm with a neighbor and have never owned a combine themselves.

“He has the equipment, we have the trucks,” Mark said.

Like his parents, their oldest son Markus, is venturing into farming by buying and renting land. He trades labor for using equipment. They help each other.

Markus also has an off-farm job, but does all the planting. He had his wife, Megan, a kindergarten teacher, are expecting a child soon.

The Tennis family remains active in their community, involved with their church, Farm Bureau and the Bonpas Conservatory. Mark coaches baseball and softball.

Mark reluctantly accepted the nomination for the Association of Illinois Soil and Water Conservation District Family of the Year award 10 years ago. He didn’t think his efforts needed recognition.

“I was just doing what I thought needed to be done,” he said.

But Wayne Johnson, as chairman of the Lawrence County Soil and Water Conservation District, wrote in his letter of recommendation for the award back then, “They have taken care of the land and water resources entrusted to them and raised a family that knows the importance of taking care of those resources.”

The Tennis family continues most of the same practices they did a decade ago, making adjustments where necessary and adding tiling and other infrastructure as needed.

At the time of the award, they were 100% no-till, but now they are half no-till and half minimal till.

“We have found that no-till is very challenging these days as so many weeds have become resistant to herbicides,” Mark said.

To prevent erosion, they enrolled in the Conservation Reserve Program and have filter strips, grassed waterways and terraces on their land.

“A lot of practices we put a lot of our own money in and take pride in doing that,” he said. “The terraces and risers are a pain to farm around, but when you see how they do their job of keeping your soil in place, it is worth the extra trouble of farming around them and keeping them maintained. So much better then filling in ditches and sending your topsoil down river.”

“It doesn’t matter how big or small a farm is, conservation practices can be used,” Mark said.

He and Marsha took a drive earlier this month to look at their fields, and were pleased with how effective their practices are. They saw clean water on the rock runs, indicating the soil isn’t leaving their farm with the water.

The practices seem to be working in regards to yields as well. In 2020, the family had some of the best corn yields they have had in 28 years of farming, Mark said.

They continue to farm with an eye toward leaving the land better than they found it.

“Conservation is a big part of the way we farm here,” Mark said.

The Tennis family 10 years after being named the Illinois Farm Family of the year in 2011. From left, Mackenzie Tennis and her boyfriend Thomas Weger, Megan, Markus, parents Mark and Marsha, Maran and her fiancé Derek Garcia.

The Tennis Family received the Association of Illinois Soil and Water Conservation District Family of the Year award 10 years ago.