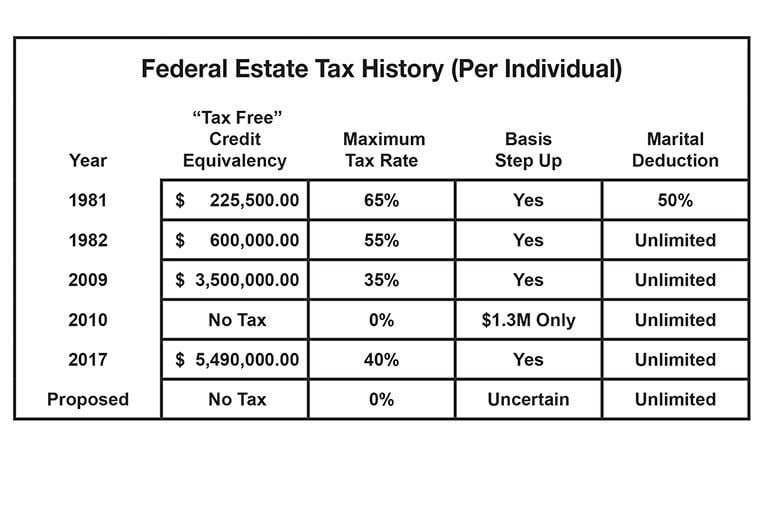 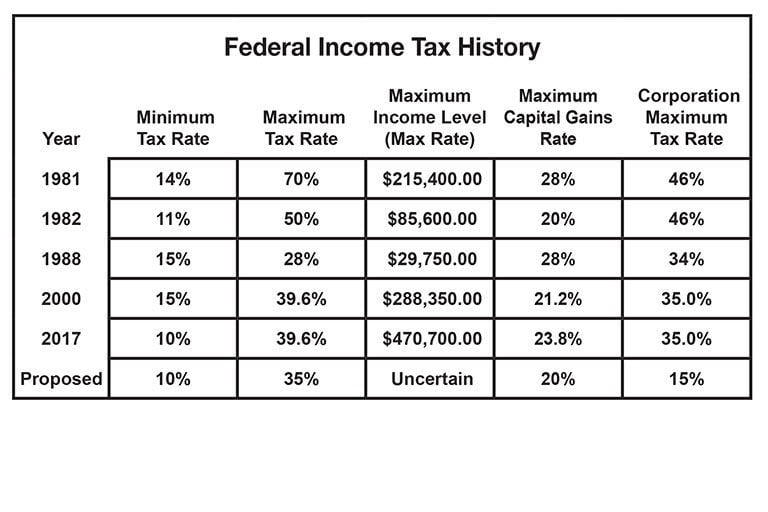 In 1789, Benjamin Franklin wrote, “Our new Constitution is now established and has an appearance that promises permanency; but in this world, nothing can be said to be certain except death and taxes.”

A third certainty in life that we must all deal with as well is change. Human nature is to avoid all three of these certainties if at all possible.

Agriculture is no stranger to change. Our grandfather’s memories of planting with horses and a trip wire will be replaced with our grandchildren’s accounts of managing their planting progress with driverless tractors.

Turning every field black with a moldboard plow has now morphed into no-till planting into green cover crops that are 2 feet tall.

As farmers, we need to deal with the inevitability of death, taxes and change — for this column, specifically tax change.

In the past month, the Trump administration laid out a one-page outline of their tax reform proposal.

The outline did not include details. It did reference the reduction of personal income-tax brackets, repeal of the alternative minimum tax and the estate tax, as well as the repeal of the 3.8 percent Obamacare tax and a flat 15 percent tax rate for corporation income.

This outline is the first step in negotiations with Congress on possible tax reform.

Just because the administration wants to change, doesn’t mean the House and the Senate will agree. As a matter of fact, for the change to be permanent (and not sunset in 10 years) the Senate must agree to the tune of a 60 percent majority.

This may be difficult for the Trump administration to accomplish.

Simplification is an emphasis in the outline for individual tax payers. Since 2001, Congress has made more than 5,900 changes to the federal tax code (averaging more than one change per day).

The IRS currently has 199 forms for individuals and 235 business tax return forms. The proposed outline calls for personal income-tax rate brackets to shrink from seven down to three — 10 percent, 25 percent and 35 percent.

The plan will also double the standard deduction for married couples to $24,000 but eliminates most personal deductions (including state and local income taxes). It protects charitable deductions, mortgage interest payments and retirement savings. The outline eliminates the alternative minimum tax (AMT).

Another piece of the administration's plan will cap capital gains taxes to 20 percent from the current top capital gain rate of 23.8 percent.

The administration is proposing a plan that will cut corporate income tax rate to 15 percent from the previous 35 percent.

Ironically, combining the two certainties in life (death and taxes) that Ben Franklin so famously quoted brings us to the estate tax.

The outline calls for the elimination of this tax. Although this doesn’t affect as many people at present as it has historically, this seems like a good idea for agriculture. The concern here is the possible loss of a basis adjustment at death.

Currently, there is an unlimited basis adjustment labeled a basis “step-up” at death because we have an estate tax system. There was no detail in the outline about this issue, however, there have been multiple versions tossed around that excluded basis “step-up” as well as a version with a basis “step-up” on $10 million of estate assets.

Time will tell if the outlined tax proposals will become tax law. We will have to wait and see how it looks in final form after it is voted on in the House and Senate.

There will be at some point in time a 46th president elected to our great nation. At that time, we will see what the succeeding administration will offer for tax policy.

The more things change, the more they stay the same.

Death, taxes and change are three certainties farmers will continue to resist or at least defer. We are not going to get out of death, taxes or change, so we just as well will find a way to deal with them constructively.

For 24 years, Steve Bohr has been a partner in the farm continuation firm of Farm Financial Strategies, Inc. For additional information on farm continuation issues or if you have a question please contact Steve via email at Bohr@FarmEstate.com or by phone at 800-375-4180.