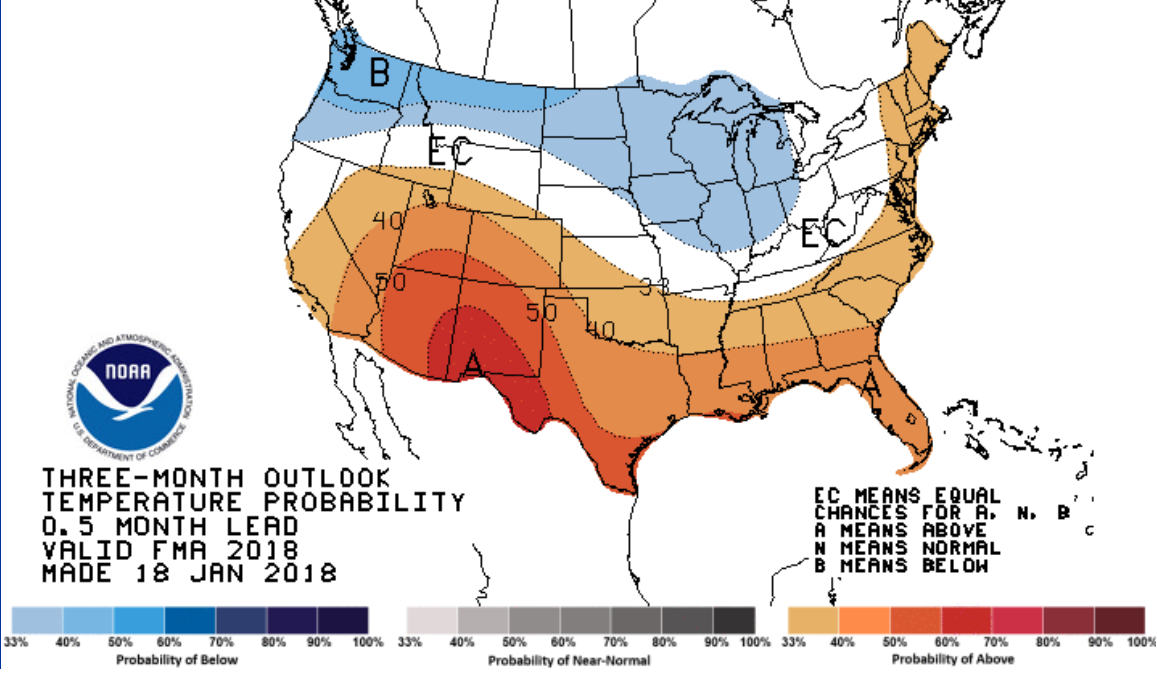 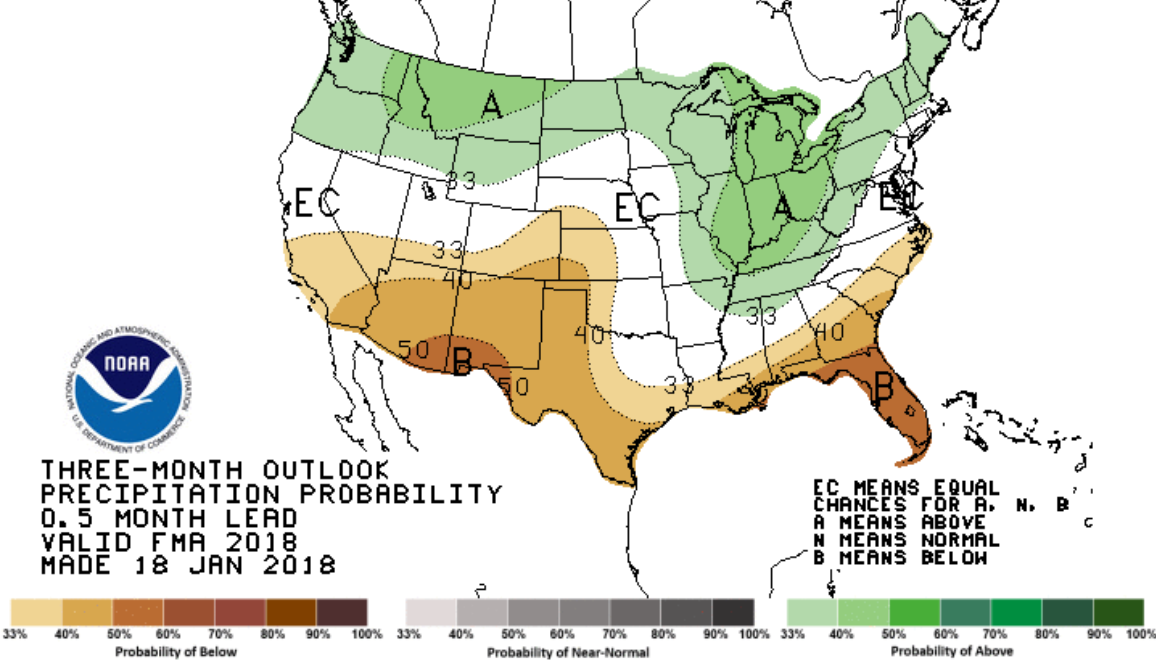 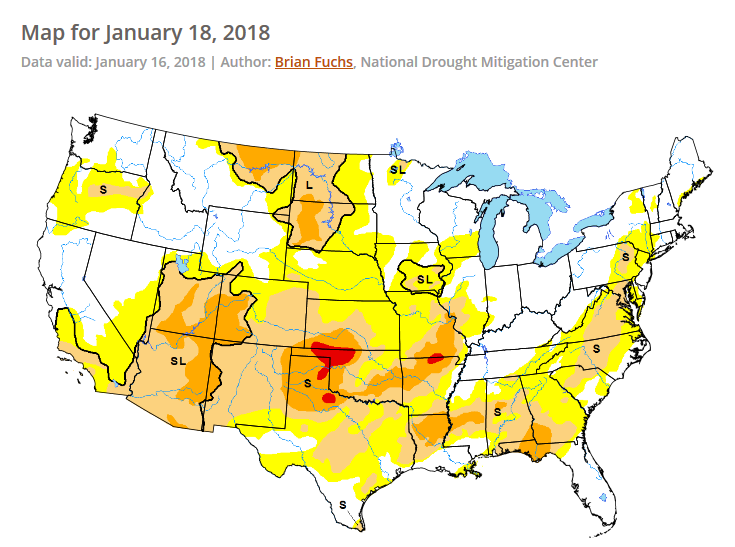 La Niña likely will persist through the Northern Hemisphere winter and move to neutral conditions in spring, the National Weather Service said.

Below-normal temperatures are forecast from parts of the Pacific Northwest to the northern Great Plains, Upper and Middle Mississippi Valleys and Great Lakes, the weather service said.

Above-normal precipitation is likely in February-April in parts of the Pacific Northwest, northern areas of the Great Basin, Rockies and Great Plains. The outlook also is wetter than normal for the Great Lakes to the Tennessee Valley.

Precipitation is likely to be less than normal in parts of the Southeast, Gulf Coast, central and southern Great Plains, Southwest and Southern California.

Chances for above-normal precipitation slide to the northeast during the summer and disappear from the September-November map.

Much of the Plains and Corn Belt are in abnormally dry to drought conditions, according to the weekly Drought Monitor.

This week's map shows abnormally dry to drought conditions over virtually all of Missouri, three-fourths of Iowa, more than half of Illinois and the southern quarter of Wisconsin.

In the High Plains, abnormally dry to drought conditions cover all of Kansas and nearly all of the Dakotas, Nebraska and Colorado.