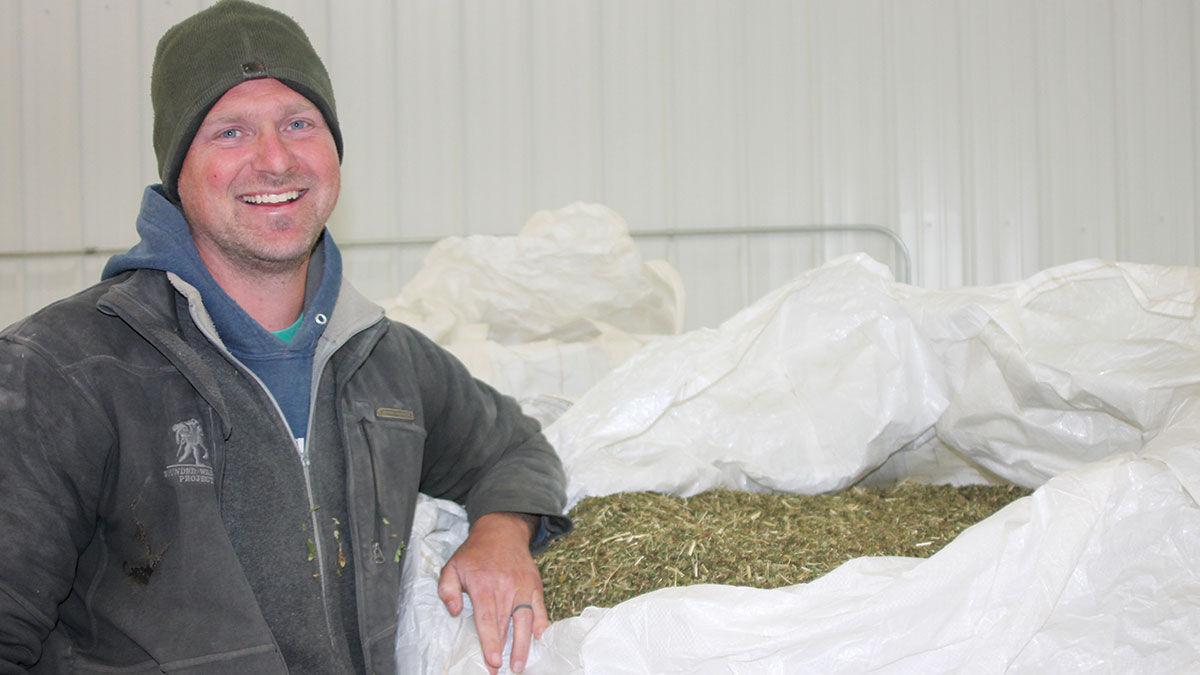 Greg Nicholas started growing industrial hemp in Iowa in 2020. The dryer he built for it is perhaps the first of its kind. 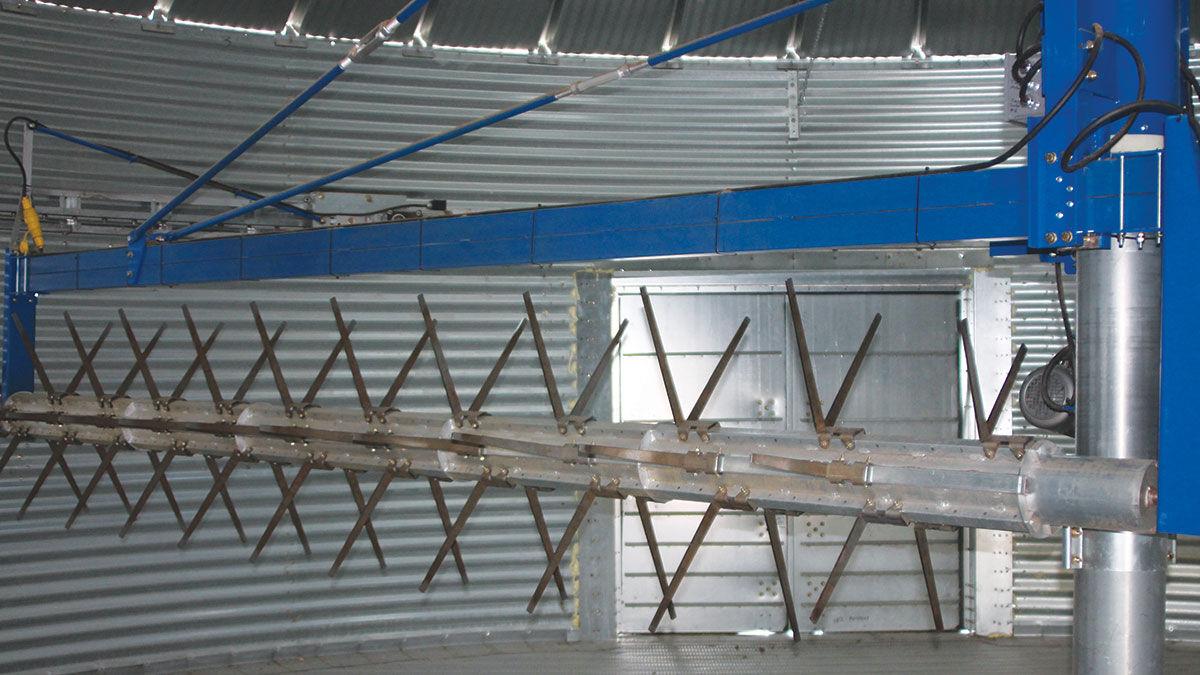 Many small producers dry hemp by hand, hanging it in the same way tobacco growers would. Nicholas tried that with a bit of his crop, but he knew that would not work for 15 acres worth of hemp. So he built a small bin with a specialized grain drying system.

CLEAR LAKE, Iowa — Greg Nicholas laughs at the image he suspects most people have of a hemp farmer. He doesn’t wear tie-died shirts or headbands. He doesn’t sport a beard. There is no Grateful Dead playing in the background.

“I’ve never even smoked a cigarette,” he says.

But here he is, surrounded by bags of industrial hemp.

Nicholas is part of the small fraternity of farmers nationwide who are learning how to grow and market industrial hemp. It is a new group. In Iowa, 2020 was the first year it was possible to grow hemp legally and there are a number of rules regarding its production.

Some of the new hemp producers, like Nicholas, are trying to sell for the CBD oil market. Others are trying to sell for the fiber market. Robin Pruisner, who heads the hemp program at the Iowa Department of Agriculture and Land Stewardship, says most of the acres in Iowa were grown for the cannabidiol market (CBD) and little of the fiber crop made it to market. Most growers planted only 1 to 3 acres.

Nicholas took a slightly different approach. He and his cousin grow corn and soybeans on their north central Iowa farm. He wanted to reduce labor and mechanize as much as possible, so he planted 15 acres of hemp and used mechanical planting and harvesting machinery. That set him apart in the industry in Iowa, Pruisner says.

But he says it was still the first year and it was definitely a learning process.

One thing he learned was that Iowa soils grow tall hemp plants. He says he was told that most hemp plants are waist-high to chest-high at maturation. Harvesting equipment used assumes that size plant. But the hemp plants on his farm were as much as 7 feet high by maturation, creating some harvesting issues.

Another thing he learned was that weed control was difficult and expensive.

“Weeding was a struggle,” he says. “We were in the field every day, seven days a week, from planting on June 2 until harvest in September.”

And then there was the challenge with the planter. Nicholas had ordered parts for a planter from Italy. That was before the COVID-19 pandemic hit, and Italy was one of the first places to be hit hard. The parts were delayed, delayed again, and then delayed again. He finally got parts locally and worked with a local equipment dealer to deal with the planter only days before the seed went in the ground.

Drying was another adventure, but it was one Nicholas had anticipated. Many small producers dried the hemp by hand, hanging it in the same way tobacco growers would hang tobacco to dry in a building. Nicholas tried that with a small bit of his crop, but he knew that would not work for 15 acres worth of hemp. So he worked with the Shivvers company to build a small bin with a specialized grain drying system. That system was the first of its kind ever made and worked very well, Nicholas says.

And there were the unforeseen issues related to the unusual nature of the new crop, such as the time a man was spotted in his field, apparently trying to check out whether it was marijuana. Nicholas says he told the man he would not press charges as long as the individual never came back and told his friends this wasn’t a field of smokeable marijuana.

That’s not a problem Nicholas ever had with his corn or soybean crops.

Through it all, Nicholas says he learned a lot about a crop that was brand new to him and to every other grower in the state. But he says the biggest keys are in the planning and marketing of the crop.

Having a contract is important. It is easy to invest a big chunk of money in the crop and then have no buyer at the end of the year.

Another lesson is that the rules are very specific and very strict. The plant can have no more than 0.3% THC. When the crop is ready to harvest, the grower has to contact the state and the state takes samples. If the THC level is too high, the farmer has to plow the crop under. If the levels are OK the farmer has exactly 15 days to harvest the crop.

All of this is important because the cost of production per acre is quite high. This is not a crop the farmer plants and then walks away from. It takes a great deal of management.

The good news is that the potential is there for a small number of farmers to have a profitable business.

Nicholas hopes he ends up being one of those profitable hemp farmers.

Greg Nicholas started growing industrial hemp in Iowa in 2020. The dryer he built for it is perhaps the first of its kind.

Many small producers dry hemp by hand, hanging it in the same way tobacco growers would. Nicholas tried that with a bit of his crop, but he knew that would not work for 15 acres worth of hemp. So he built a small bin with a specialized grain drying system.