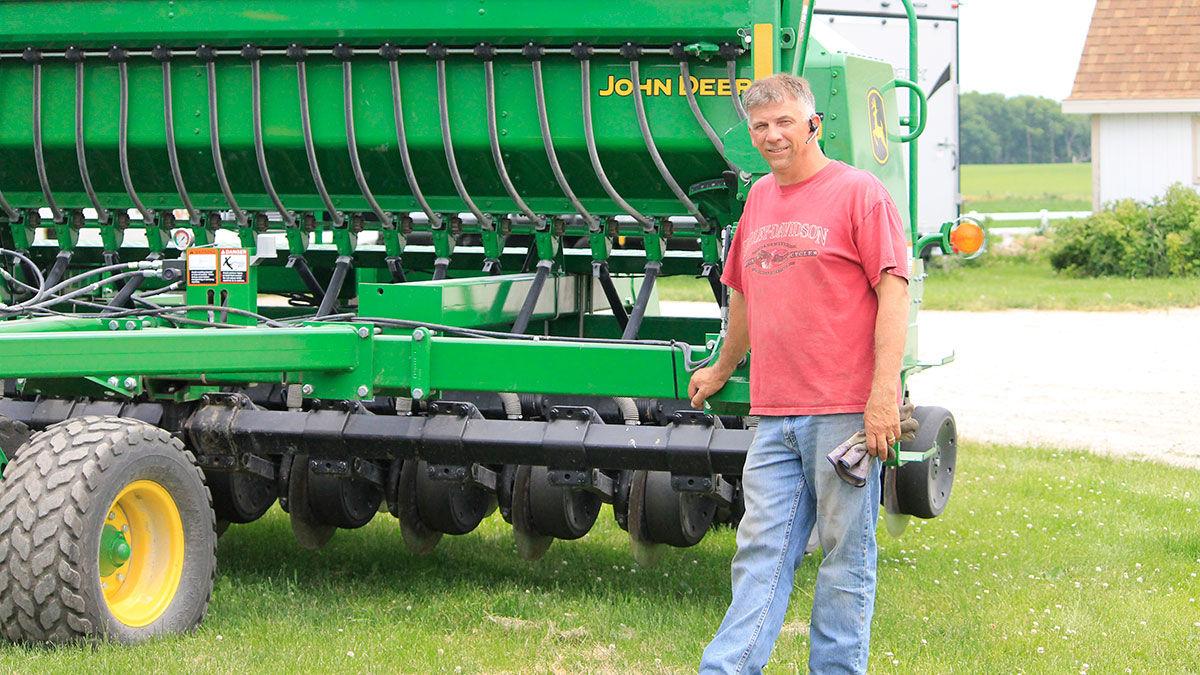 Lance Lillibridge gets ready to plant cover crops on some of his farm ground. He said making less productive land more productive is important to him. 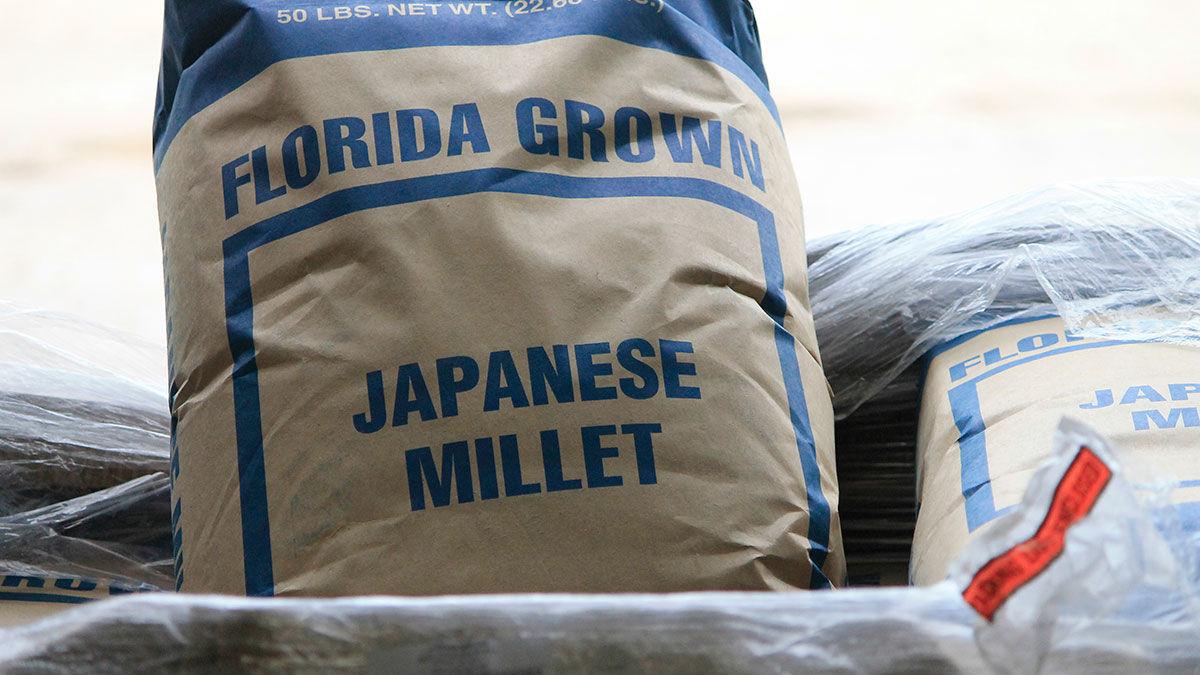 Lillibridge uses Japanese Millet on some of his land to help fill some unproductive ground on his farm. He is an advocate for protecting his fields as much as possible.

Lance Lillibridge gets ready to plant cover crops on some of his farm ground. He said making less productive land more productive is important to him.

Lillibridge uses Japanese Millet on some of his land to help fill some unproductive ground on his farm. He is an advocate for protecting his fields as much as possible.

VINTON, Iowa — When thinking about his future and eventually retirement, Lance Lillibridge knows he needs to protect his assets. That’s why he’s adamant about making sure he is conserving every last bit of his farm if possible.

“I like to tell everyone that I don’t have a 401K, this is it. That dirt out here — that’s my 401K,” Lillibridge said. “If we don’t manage it correctly, there won’t be anything left. We have to take care of it.”

The Benton County, Iowa, farmer said one of the major challenges in recent years has been the downturn on commodity prices. That has made a lot of farmers take a hard look at the bottom line, which might leave some conservation tactics out of the plan.

“It’s kind of tough right now to make lots of changes, or impactful changes,” Lillibridge said. “With the economy we are in, that’s one of the things that’s tough. In this ag economy, it’s going to be difficult for producers to continue these practices.”

He said it’s going to be up to farmers to look at what practices would work on their farm financially. By going no till or strip till, a farmer might reduce labor and fuel costs.

There are other programs that help Lillibridge make conservation profitable as well.

Lillibridge said he is working with the Soil and Water Outcomes Fund, which is providing financial incentives to farmers and landowners to help implement best management practices in terms of environmental benefits. The fund is managed by the Iowa Soybean Association and Quantified Ventures within the Agriculture Technology and Environmental Stewardship Foundation.

He said they’ve been looking at what producers change on their farm and pay them for the outcomes.

“In other words, water quality, carbon credits, those kinds of things,” Lillibridge said. “I think that’s got a lot of legs to it.”

Some of those economic impacts comes from coronavirus, which has affected conservation as well, said Ben Gleason, sustainable program manager with the Iowa Corn Growers Association. He said the major impacts have been the limited amount of informational field days for farmers to attend where they would learn more about the implementation of certain practices.

He said a lot of organizations have been partnering to bring in more funding for farmers looking to get involved with applications, and Gleason is proud of the fact that they don’t have any issues spending that money.

“We have more applications for cost share funding than we have funding,” he said. “We have farmers lined up and don’t have a problem spending that money … at least for the time being.”

Lillibridge said a lot of the work can be done at home, just by educating yourself and talking to manufacturers and people at the co-op.

“There’s all kinds of places that you can go, but the best thing to do is to talk with other farmers about what you are doing,” he said. “Another farmer can tell you ‘this works and this didn’t,’ whereas a manufacturer is just going to tell you ‘this thing works.’ Talking to other producers is the best way.”

For any practice someone is interested in introducing, Lillibridge encouraged farmers to not over-extend themselves. He suggested trying a little bit at a time and see what works or does not work for a field. Going 100% invested into a practice could potentially backfire, but he also preaches patience as these practices can take time.

“When I started strip tilling, I convinced myself that I'm going to do this for five years. And if I can't make it work in five years, then I'm going to go back to the old way,” he said. “And after the second year of doing strip till I was very frustrated, I was ready to give up. The third year, the fourth year and the fifth year were the turning point and now I’ve been strip tilling for 14 years.”

For organic farmers, cultivation has long been the number one way to control weeds, said Adam Davis, a University of Illinois weed scientist a…