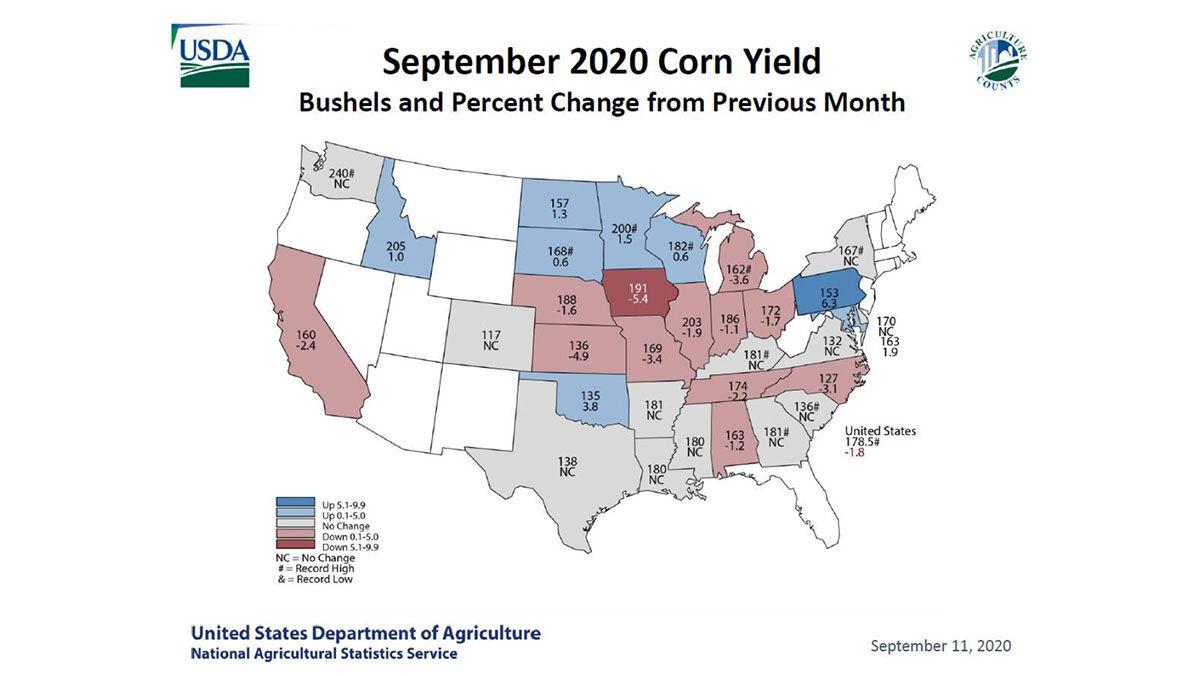 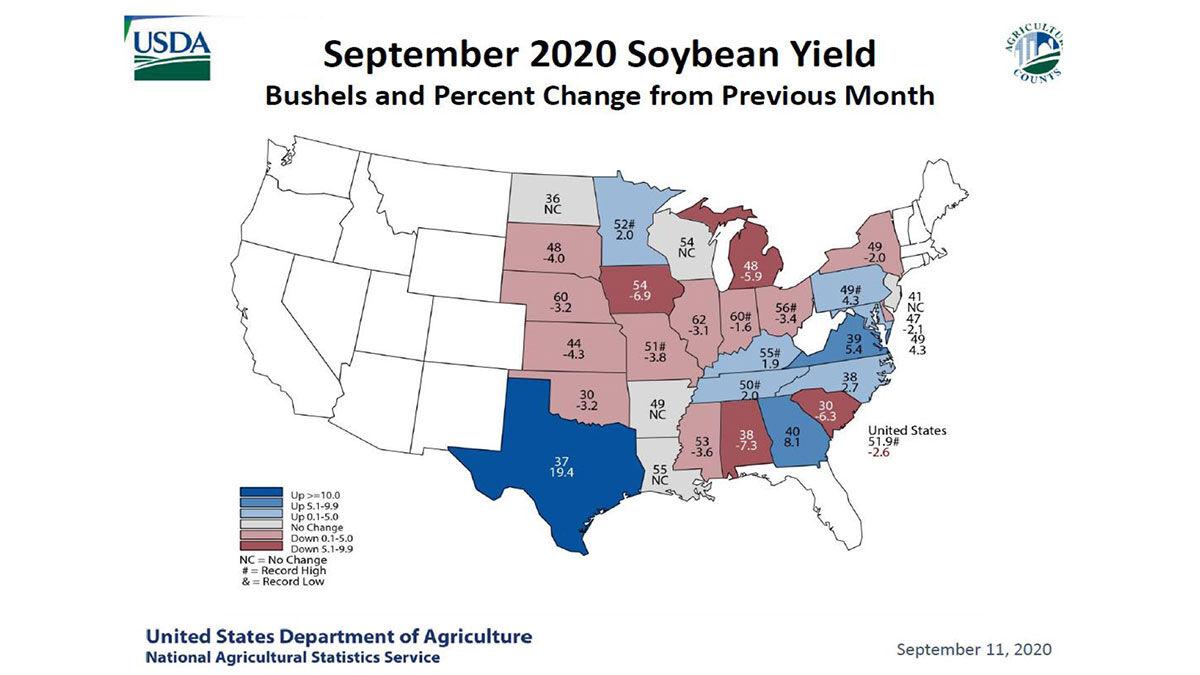 With the Sept. 30 Grain Stocks report, USDA provided a concluding piece of information on the impact the derecho had on the Iowa and national crop supply picture.

The September update of the Crop Production report revealed the combined damage of the derecho and drought to the corn and soybean crops currently being harvested. The Grain Stocks report showed the amounts of last fall’s crops that were forced to move or were lost due to the damage at grain storage and handling facilities.

In total, hundreds of millions of bushels were lost. But those losses provided the spark in price recovery for corn and soybeans this harvest season.

While the national corn yield estimate is still at a record level, for Iowa, the yield drop was much more dramatic, falling by 11 bushels per acre. USDA reduced Iowa’s projected harvested corn area by 550,000 acres, based on a resurvey of Iowa farmers. The combination resulted in a 254 million bushel decline in Iowa’s expected corn production. Iowa roughly accounts for two-thirds of the nation’s corn losses.

New crop supplies felt the sting of the drought and derecho, but the damage was not limited to farm fields. The derecho also destroyed some crop handling and storage facilities.

In fact, that damage is still being assessed as farmers, elevators, and terminal locations prepare to take in this year’s crops. Early estimates for Iowa indicated roughly 120 million bushels of storage capacity was lost due to the derecho, with approximately half coming from on-farm storage and half from commercial operations.

Losing storage capacity is not the same as losing bushels in storage. So it’s an open question how much of the crops stored going into the derecho were lost in the storm and how many bushels had to be quickly moved into the market because of the storage damage.

Price rallies are both good and bad news to Iowa crop producers. The harvest price for crop insurance is being set in October. Price rallies this time of year tend to lower crop insurance payments for those producers who bought revenue insurance. And that is what is happening for corn farmers right now.