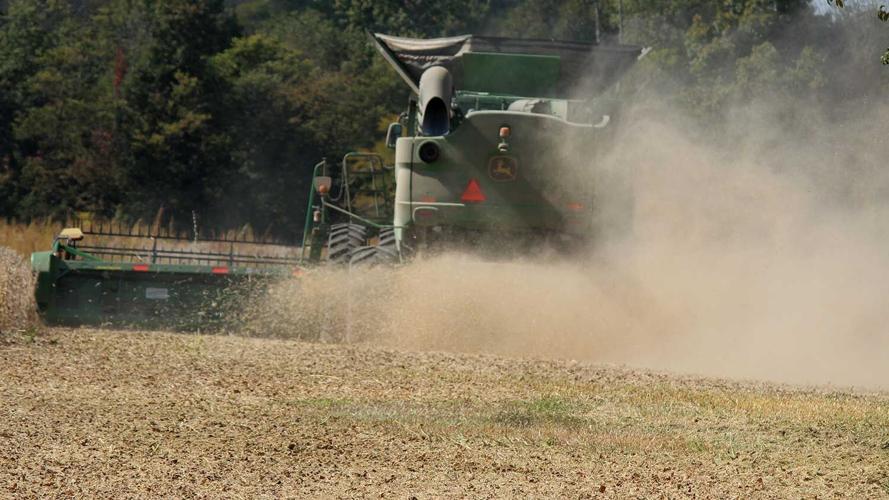 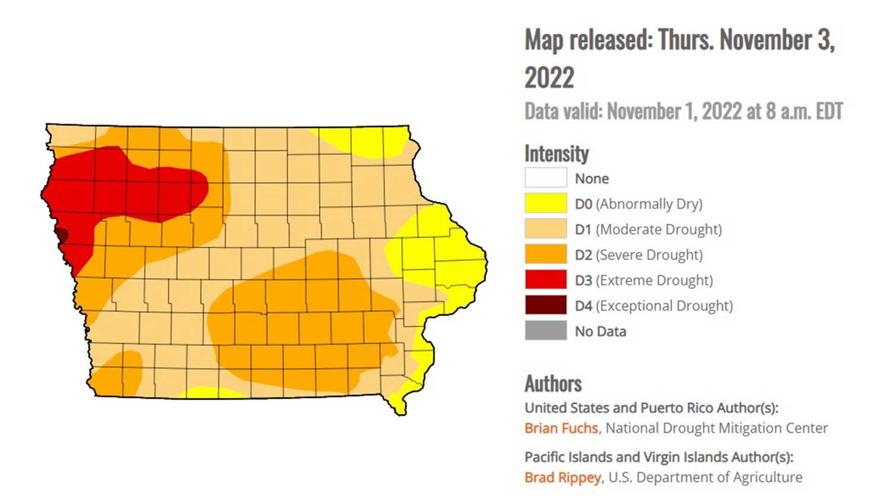 Conditions as of Nov. 1 show increasing dryness in northwest and west central Iowa. 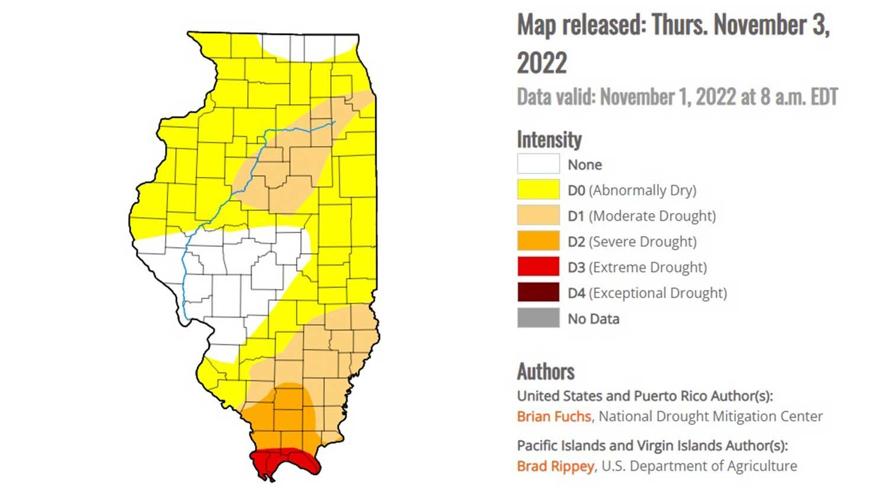 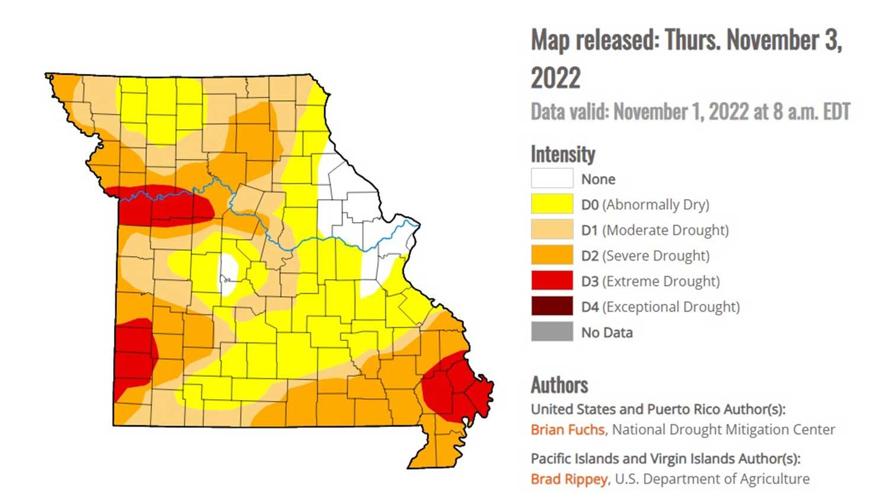 Conditions as of Nov. 1 show increasing dryness in western and southeast Missouri.

As the focus starts to move to 2023’s growing season, dry conditions are the main concern for growers.

Much of the Corn Belt sits in drought, and while spring rains helped replenish the soil in 2022, it is not a guarantee again in 2023. Andrew Penney, a Dekalb-Asgrow agronomist based in southwest Iowa, said to plan for dry conditions.

“If you look at last year, going into 2022 we were already short on soil moisture,” Penney said. “Looking at how short we are now, that is concerning, especially areas with severe drought. It could definitely impact next year if we keep on this trend.”

That makes the 2023 seed choice even more important.

“It reinforces the importance of planning for what I call ‘Nebraska-type’ conditions,” he said. “Seeds that thrive in warmer and drier environments. If you are planning for 2023, think about the drought and heat tolerance of products you choose.”

Penney said growers were relatively happy with the majority of their yields in his drought-stricken area, but spotty rains created wide variability among fields. Adjustments needed to be made for some who weren’t as lucky to get rains.

“There were places people were chopping silage (early) because it dried up so fast,” he said.

He also noted that reduced tillage practices have been helpful in these conditions as studies have shown using strip tillage or no till increases water retention.

“One of the quickest way to keep soil moisture is to reduce tillage on your ground. More people are looking at that, especially in corn production,” he said.

While much of the region dealt with drought, the planting season was another story entirely. Rains led to planting delays and boosted the rate of early-season diseases such as crown rot and early weed pressures. Penney said it wasn’t a case of herbicides not working, but the inability of farmers to be timely with their plantings.

“We had such a wet spring that a lot of our pre herbicides got put down early compared to our planting dates. A lot of it had worn off by the time we needed it. Grass control was a little worse than what we’ve seen in the past. I think it has something to do with herbicide shortages — glyphosate was short at times when looking at supply versus demand. Larger-seeded broadleaves were more of an issue as well.”

After seeing those spring rains this past growing season, it emphasizes the importance of getting as much done as possible this fall.

“Come spring time, there’s enough field work and spraying that it’s good to get it on if you can in the fall,” said Penney said. “There are so many other things that need to get done. You never know what Mother Nature is going to bring.”

Penney said producers should stay optimistic going into 2023 but be prepared for whatever may come.

“The biggest thing is plan for the worst and hope for the best,” he said. “As we plan for 2023, I would plan for drier conditions.”

Storms are an annual threat for farmers and their crop. It is not uncommon to hear stories of grain bins being knocked over or destroyed throu…

Next demand boost may be aviation fuel

Healthy corn crop limited by drought in some locations

While drought headlined the season in many Midwestern areas, that meant disease wasn’t nearly as prevalent around the region.

Soybeans endure for good yields in 2022

Weather varied across the Midwest this year, and that was the theme for most soybean yields — variability.

Corn field edge effect has once again shown up in Iowa. It is raising questions about what is causing it.

For millennia, humans have tried everything from prayer to dancing to summon rain from the skies.

Conditions as of Nov. 1 show increasing dryness in northwest and west central Iowa.

Conditions as of Nov. 1 show increasing dryness in western and southeast Missouri.