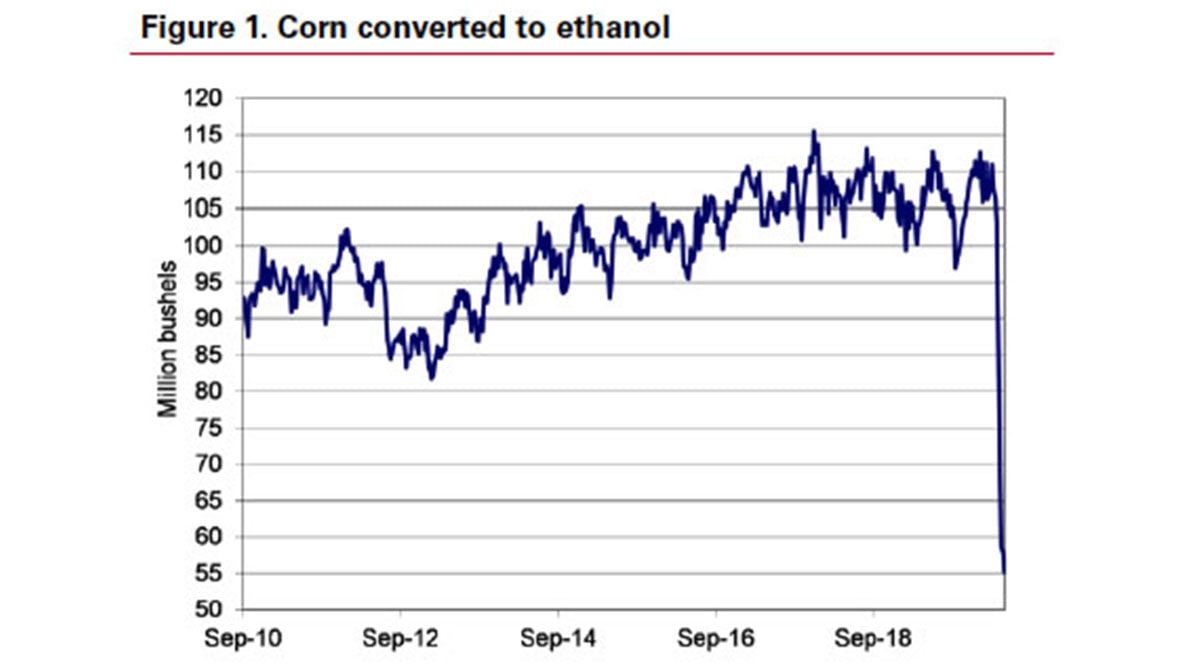 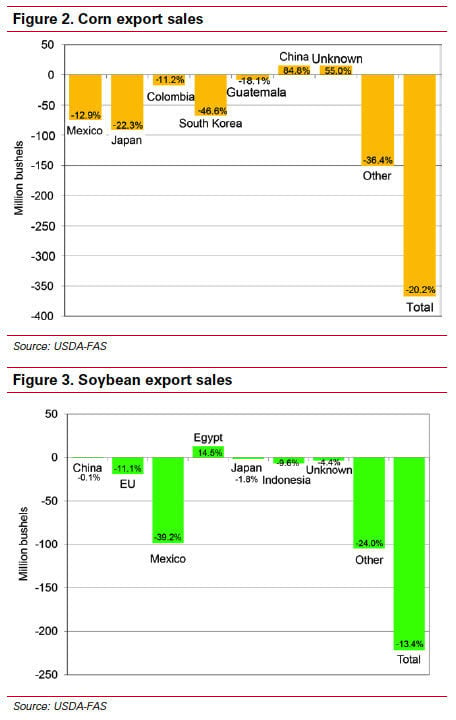 For the last few years, it seems like agriculture has been running from one crisis to another.

In 2018, it was the start of the trade fight with China and the spill-over skirmishes with the rest of the world. In 2019, it was the delayed and prevented planting problems. And in 2020, it is the coronavirus or COVID-19 outbreak.

The damage to the demand side of the agricultural markets has been incredible. The closure of restaurants and the shift to significantly more at-home food consumption has driven a severe reworking of our food supply chain.

For crops, the impacts can be examined by exploring the three big sources of usage: livestock feed, biofuels and exports.

The impact of COVID-19 on feed usage is mixed. In the short term, feed usage will increase. We had and continue to have a large number of animals in the production chain. The sheer number of animals and the limits on alternative feed ingredients, such as distillers grain, have boosted direct feed usage for corn and soybeans.

But in the longer run, the constraints at the processing plants are backing animals up, forcing producers to slow herds and flocks down and reduce future animal numbers. That means less feed demand in the future.

To show how quickly farmers and ranchers have had to adjust, Figure 1 shows the weekly data for corn converted to ethanol (and distillers grains). Over the past couple of years, on average, over 100 million bushels of corn are processed by the ethanol industry. But within the past four weeks, corn processing at ethanol plants has been cut in half.

Unlike at meat processing plants where COVID-19 hit the workplace hard, the ethanol plant closures have been driven by economic factors. Oil, gas and ethanol supplies were at extremely high levels going into the COVID-19 outbreak. The “stay-at-home” and “shelter-in-place” orders, along with the general business shutdowns, drove the need for fuel in the U.S. down to its lowest level in roughly 50 years.

As businesses open back up, we can expect travel and fuel usage to increase. But it’s still an open question how quickly fuel usage will rebound. Even with some resumption of travel, it will take the ethanol industry some time to work through the ethanol already in storage before reviving the shutdown plants.

So both feed and fuel usage for corn are still facing tremendous uncertainty from COVID-19 impacts as we plant the next crop.

Exports have been the one usage area that has been somewhat resistant to COVID-19. With the signing of the phase one trade deal with China, China has emerged as a growth market for U.S. corn. Currently, China is our sixth largest buyer of corn, up 85% from last year. We have also seen some gains in smaller corn markets.

Soybean export sales have been treading water during the coronavirus outbreak, as total sales have remained around 225 million bushels behind last year’s pace. But this week’s sales report does show China and Egypt are starting to be more aggressive buyers.

While China captures the lion’s share of attention in the soybean market, it’s the move by Egypt that caught my eye. Egypt tends to move in and out of ag markets to take advantage of low price opportunities (think of them as Walmart shoppers, following Walmart’s old slogan “Always Low Prices”). Well, U.S. soybean prices have moved low enough to stir up some international demand.

I think the first chance to regain some lost profitability will come later this month or early next month. Seasonally, mid-June is when we tend to see our highest prices. Also, if the partial reopening of the economy can continue, that could provide some additional lift then.