Michael Vittetoe grew up on a generational farm in Washington, Iowa, watching his father and grandfather operate the business, but farming wasn’t his focus as a child.

The 35-year-old said he was “indifferent” about farming, doing the normal chores and helping his father out with the farrow-to-finish hog operation. However, when studying engineering at Iowa State University, he started thinking more about the lifestyle.

“In high school, I was playing sports and what not, racing dirt bikes, so my head was more focused on those things instead of the farm,” he said. “But then as I was away from it, I started coming back on the weekends or during harvest and I started to get a taste of it. I’ve always enjoyed working outside, and being in a cubicle is a difficult scenario for me.”

Vittetoe came back to the farm full time in 2014 and learned quickly about the inner workings of the farm business. His experience away from the farm shaped his way of thinking as well, which is helping him look at things a little differently.

“I was essentially a blank sheet of paper,” he said. “I’ve been trying to come up with my own game plan on how to manage things. I’ve been trying to make the decision that’s best for not only our farm business but for the ecosystem as well.”

With conservation at the forefront of many farmers’ minds, Vittetoe hopes to continue that charge into a younger generation of farmers. In 2021, Vittetoe was named to the inaugural class of Iowa’s Front Forty, a group of Iowa farmers seeking to improve soil health and water quality across the state. He was also the 2022 recipient of the Iowa Soybean Association Environmental Leader Award.

Vittetoe and his family grow corn, soybeans and rye as cash crops, while raising pigs and pasture-raised cattle and running a direct marketing beef operation. He is heavy into cover crops, mostly cereal rye and other diverse mixes, and the farm has been a long-time no-till operation. He views conservation practices, such as cover crops, as a way to solve some of the production problems that can come with farming.

“Whether it’s soil erosion or nitrate in the runoff water, there are some problems we can fix,” he said. “A lot of the quote-unquote ‘solutions’ that are being utilized like edge of field practices are simply treating the symptoms of the problem instead of fixing the problems themselves.”

As Vittetoe continues in his career, he hopes to expand his cattle enterprise from the 40 head he currently runs right now. He is also interested in expanding the operation to include other species of livestock as well, moving them out onto pasture.

“I want to use them not only as a different enterprise and revenue source, but they’re a land management tool,” Vittetoe said. “It could be through grazing, hoof impact or any other of the things they provide. I want to figure out how we can make that type of a system more mainstream. There’s absolutely potential to make that happen.”

Four under Forty in Iowa

Profiles of four young farmers leading in the industry 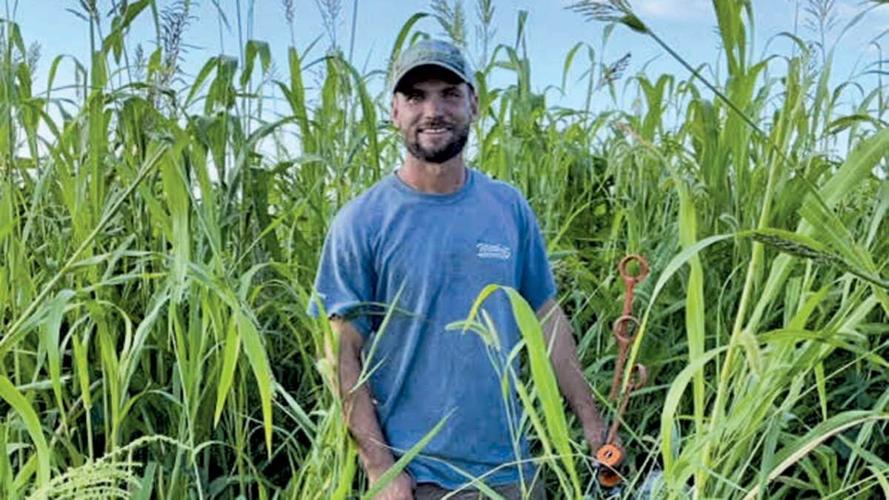 Michael Vittetoe and his family grow corn, soybeans and rye as cash crops, while raising pigs and pasture-raised cattle and running a direct marketing beef operation. 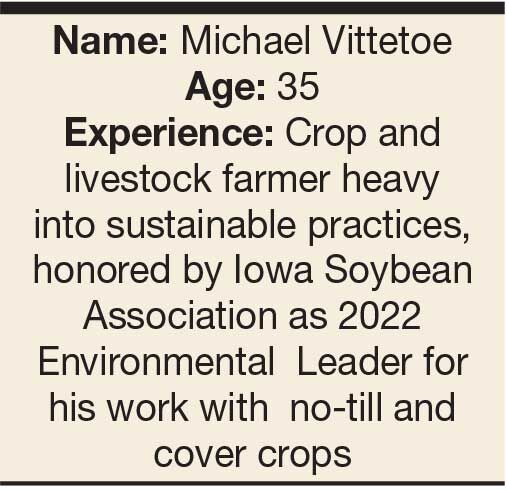