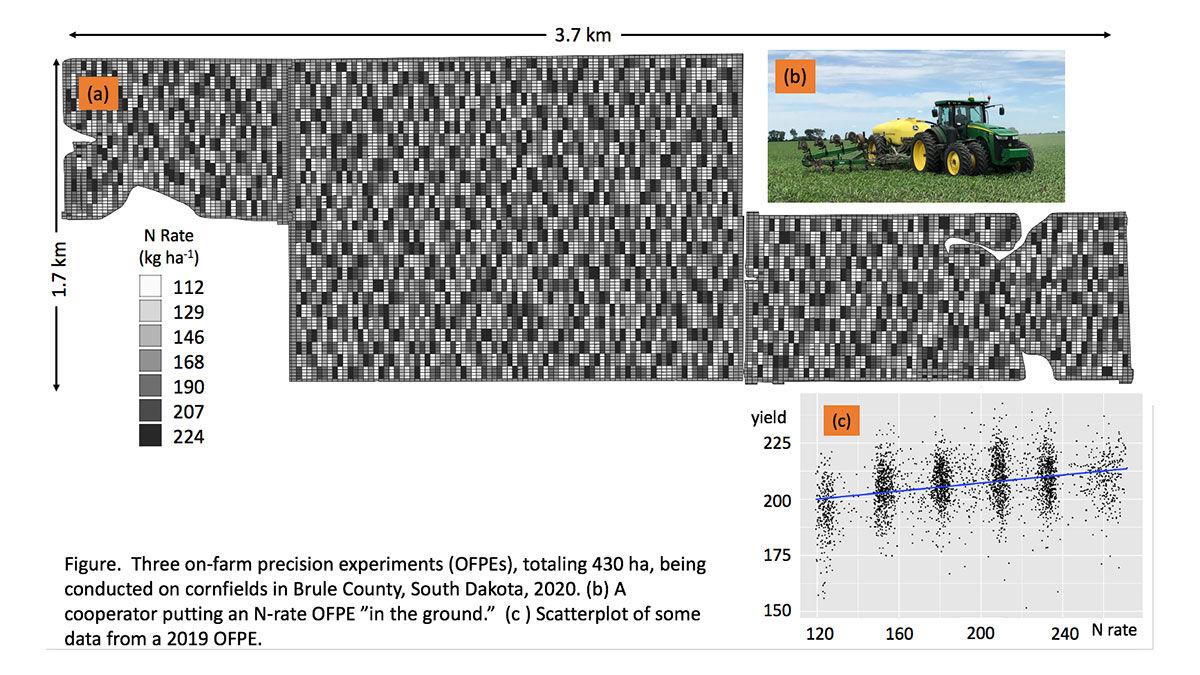 A sample of the precision ag data David Bullock and his Data Intensive Farm Management research team are able to gather and analyze for farmers. The team are looking at input rates and how to make sure farmers are using them in an economically viable way. 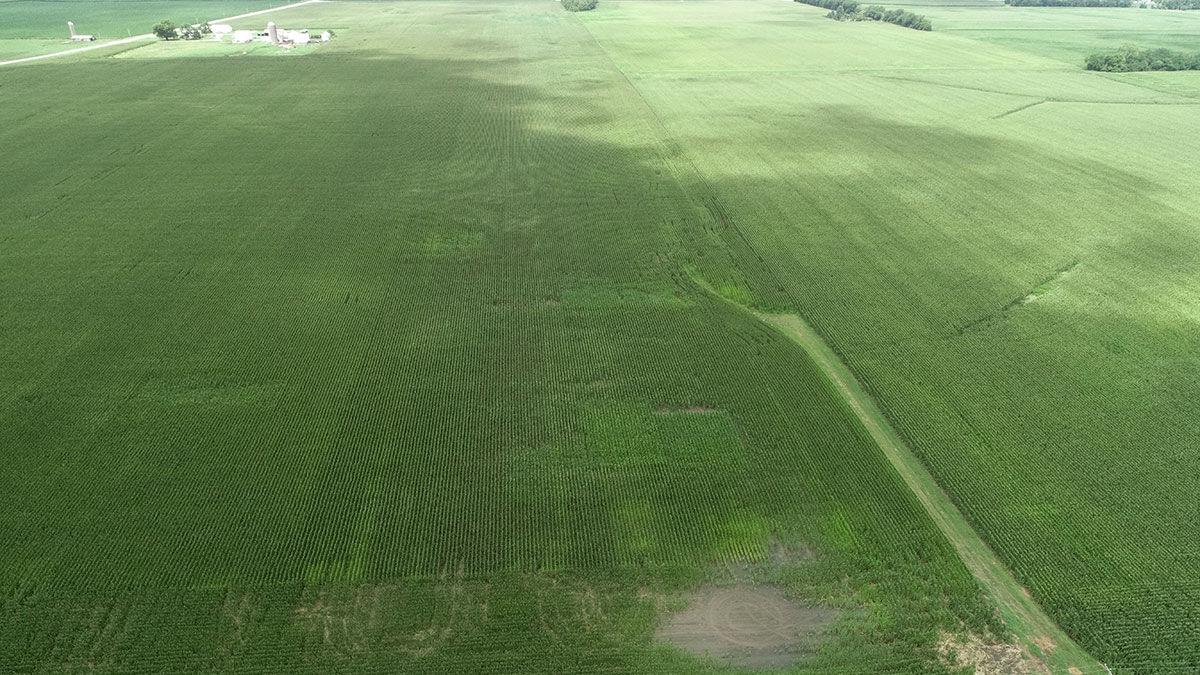 A drone photo of a field in North Dakota being used for testing by Bullock.

A sample of the precision ag data David Bullock and his Data Intensive Farm Management research team are able to gather and analyze for farmers. The team are looking at input rates and how to make sure farmers are using them in an economically viable way.

A drone photo of a field in North Dakota being used for testing by Bullock.

With the advent of precision agriculture, a bevy of data is readily available for farmers from satellites and drones, but too much information can be overwhelming.

That’s why it’s important to work in conjunction with traditional farm trials, according to David Bullock, who leads the Data Intensive Farm Management research team at the University of Illinois.

“I think if precision agriculture is ever going to really take off, we are going to need information,” Bullock said. “The good news is we can use that technology to get that information.”

That’s where Bullock’s team comes into play. They have been working at the university since 2016 and have grown from six trials to nearly 90 farm trials that are located in North America, South Africa and South America.

He said their focus is helping develop software and algorithms that will take data from precision equipment and turn it into information that will give farmers a better view of their farm. That can mean improving input management or limiting seeding rate to be more efficient.

“You can take pictures from satellites all you want, and goodness knows there are billions of them,” Bullock said. “The question is what do you do with them? If you aren’t running other agronomic field trials to go with all that data, you can’t talk about how to manage in different conditions.

“I think the future of precision agriculture is really bright.”

Part of that future is students who are preparing themselves to enter the workforce. At Ellsworth Community College, students can take a two-year program to learn about the newest technologies coming into the sector and what it might look like in the future.

Kevin Butt, who heads the precision ag program at Ellsworth, said they’ve been going for about 10 years now and one of the changes he has noticed in recent years is a shift away from equipment toward more data- driven analysis.

“When we first started there was a big focus on the equipment side of things,” Butt said. “Auto-steer systems in a tractor and making our planters more efficient. We’ve done pretty much all we can to the equipment, so the focus is on the data side of it. Instead of making pretty maps, let’s start analyzing that data and figure out what to do moving forward.”

One project Butt has for his students is to predict what precision agriculture will look like in 20 years. He has some ideas of his own.

“From what I’ve seen, I think it will be someone sitting in a house, running multiple machines from an iPad or computer,” Butt said. “That autonomous technology is going to be a big thing going forward.”

One issue Bullock has noticed during research is the possible over-planting of soybeans in some areas.

“I don’t want farmers to use less just because I said so, but I see a lot of farmers using much higher seeding rates than are economically optimal,” Bullock said.

One of the major hurdles Butt sees is getting some farmers to buy into the importance and value of the data being received. He shared a story of his father who wasn’t quite ready to make that leap, but Butt encouraged him to make a major precision ag purchase. Now, a couple years later, he says his father wouldn’t want to work without it.

“You know, when DVD players came out, people said that’s really cool,” Butt said. “Some people spent a thousand bucks and bought one and there was probably a DVD in every house. Precision ag is the same way. Back when I got started, it was a monitor in the cab and it showed you numbers. Now we have displays that show you maps as you are going through the field.”