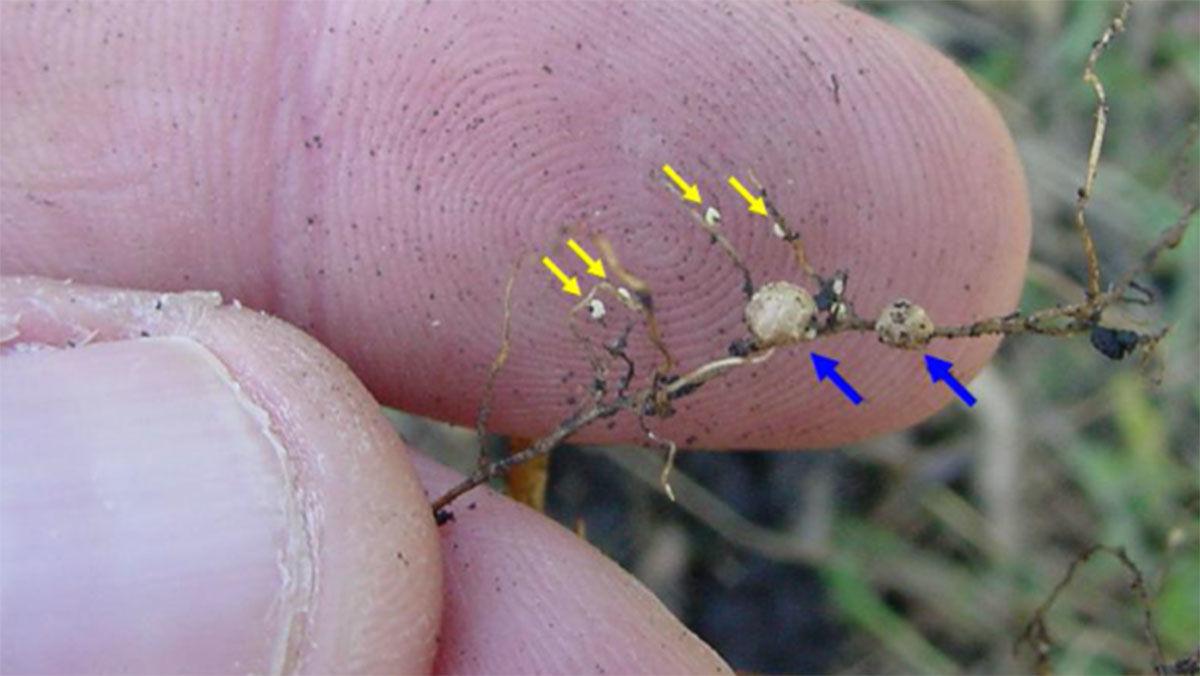 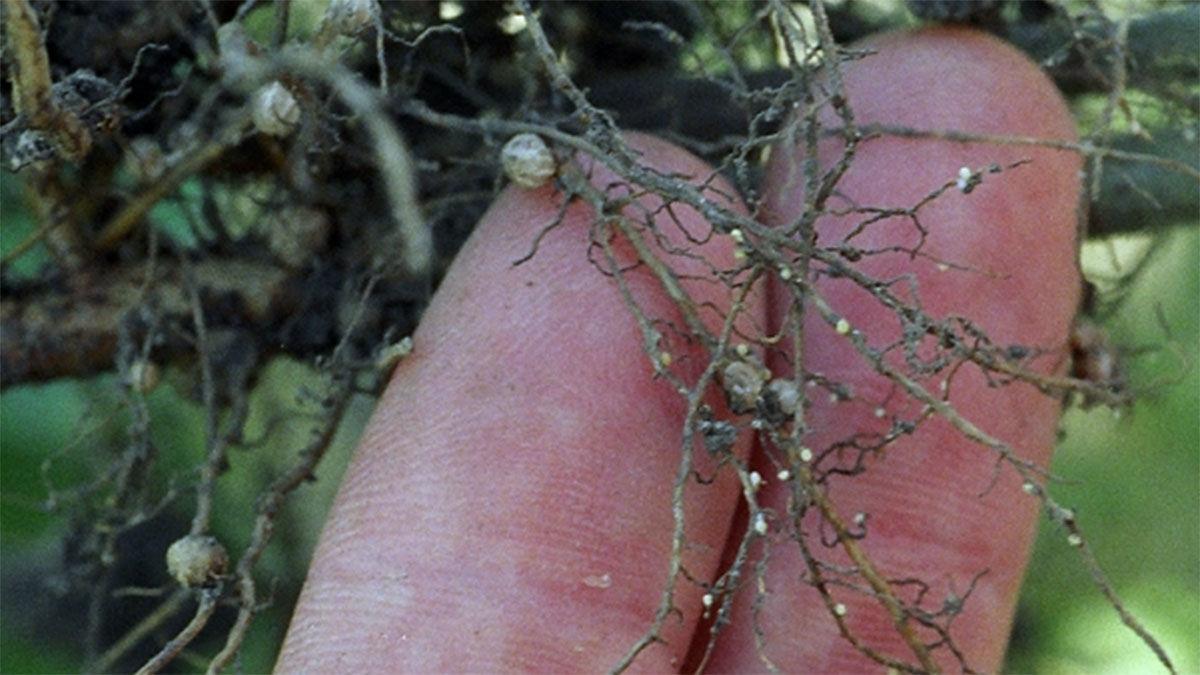 White SCN females on roots of a resistant soybean variety.

White SCN females on roots of a resistant soybean variety.

Iowa’s early planting season means that pests like the soybean cyst nematode (SCN) also are off to a quick start this year, which could result in a greater risk of severe damage from SCN throughout the growing season. This nematode is a major yield-reducing pathogen of soybean and is widespread across Iowa and other Midwestern states. Research conducted in recent years indicates that many fields have not been checked for SCN.

One of the easiest and cheapest ways to check a field for the presence of SCN is to dig soybean roots with a spade, shake the soil from the roots, and look for small, white, round objects on the roots. These objects are SCN females and each one contains 200 or more eggs. As shown in the figure below, SCN females are much smaller and lighter in color than the nitrogen-fixing nodules that form on healthy soybean roots.

Checking soybean roots in this manner also is a quick and easy way to gauge whether a resistant variety is effectively controlling SCN. Only a few SCN females should be seen on the roots if resistance is working effectively. But if the SCN population present in a field has built up virulence on the resistance genes in the soybean variety, there will be many SCN females present (as shown in the image above).

The SCN females fade from white to yellow, then become tan and eventually brown within a few days to a week as the female dies and the body wall hardens to form a cyst around the eggs within. It is almost impossible to see brown SCN cysts on soybean roots dug from a field with the unaided eye. Some white adult females should be apparent on roots of soybeans growing in SCN-infested soil no matter when the roots are dug.

Fields can be checked for SCN by carefully digging and observing roots through June, July, and into mid-August. In warm summer soils, SCN can complete a generation in four weeks, ending with formation of new females on roots. The newly formed SCN females occur on younger roots and as the season progresses, those new roots are forming deeper in the soil and father from the stem of the plant. Therefore, it is advised to dig deeper for roots in July and August to look for SCN females.