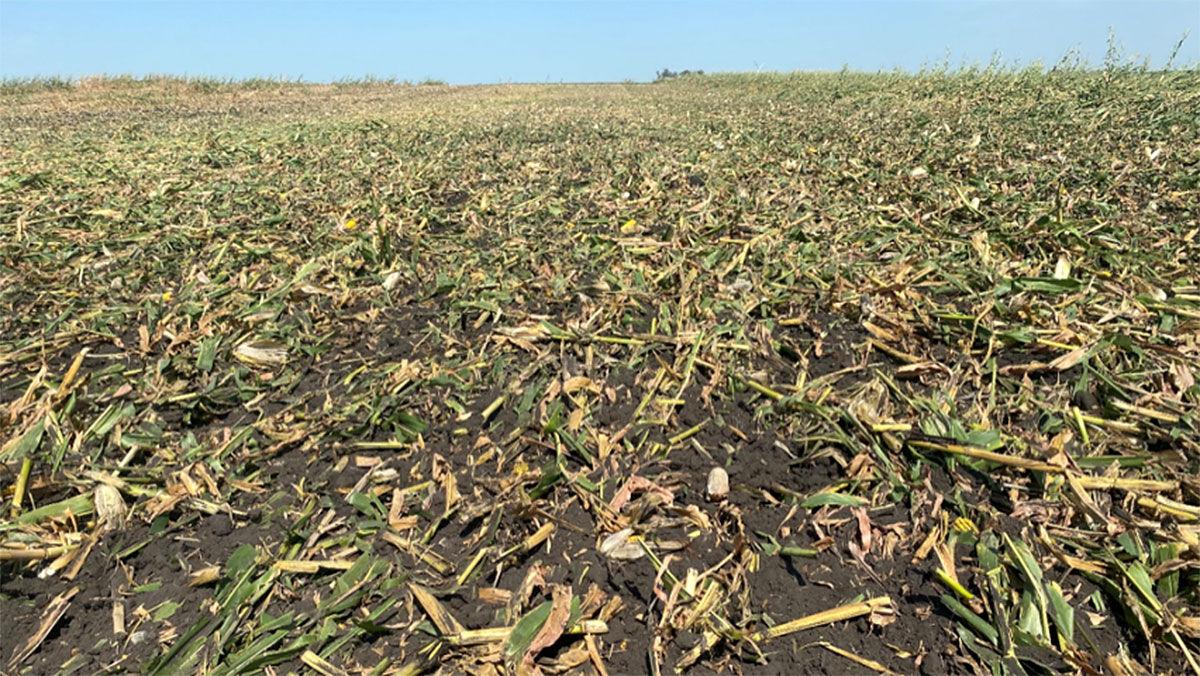 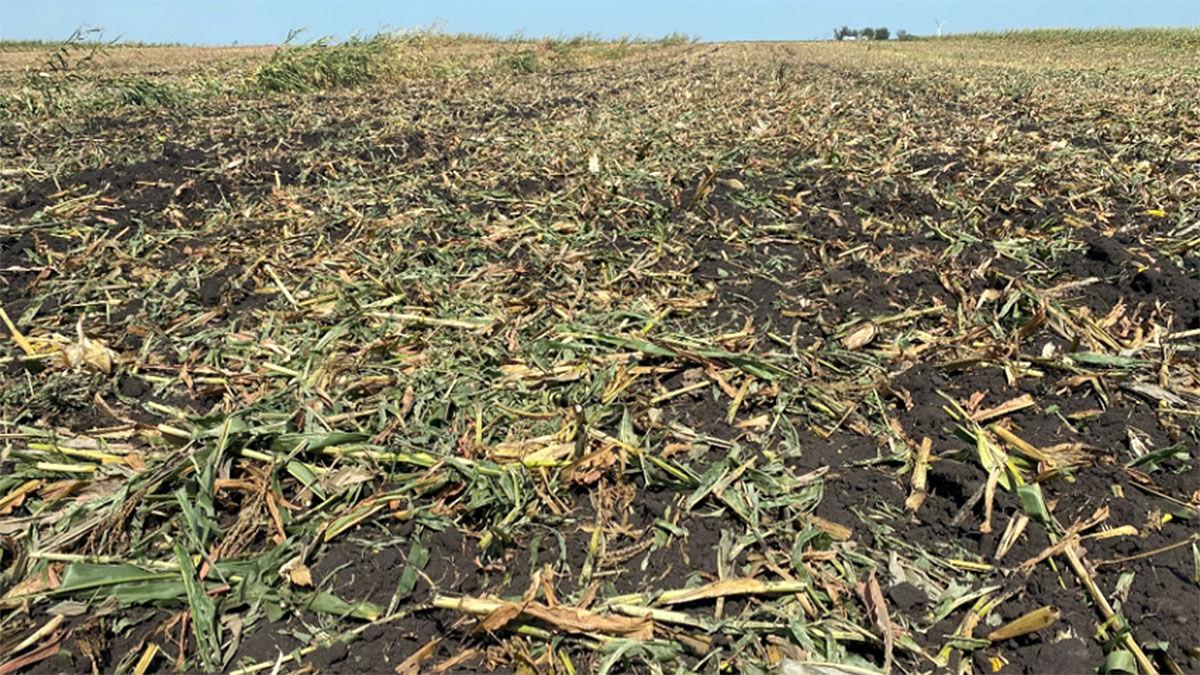 Following the derecho event on Aug. 10, millions of acres in Iowa face challenging conditions. In many cases the corn may be unharvestable. These unharvestable fields require some level of fall management to ensure the future crop can achieve even emergence and normal early plant growth.

Combine headers contribute to residue management by sizing and distributing corn biomass. Even in no-till situations, a mechanical size reduction process will be needed in unharvestable fields to achieve the field conditions expected after the combine pass.

To better understand the options that are available, ISU coordinated a field demonstration in a heavy downed corn field in Story County to evaluate the effectiveness of various options to process unharvestable stalks. These options ranged from vertical tillage tools to tandem disks to disk rippers.

ISU specialists documented each approach and gauged performance based on several factors including:

Ultimately, the right selection for each producer will be driven by the outcomes they are trying to achieve.

Two low aggressiveness vertical tillage tools were operated in the downed corn demonstration. Both were configured with gang angles of less than 5 degrees and used wavy coulter blades.

For producers that no-till, processing a downed corn field with a low aggressive VT will maintain strong root engagement and will be most similar to how field conditions and residue would look after a typical harvest.

For cover crops, a drill will be preferred over a broadcast seeder due to the thick mat of processed residue on the soil surface. For no-till applications, row cleaners will be effective to move residue next spring.

An adjustable VT tool was configured for a 10-degree gang angle to increase the aggressiveness of the VT tool. At steeper gang angles more aggressive incorporation of residue and soil is expected. Standard wavy coulter blades were used.

The more aggressive gang angle did increase the amount of residue chopping. Corn residue in the high aggressive VT was generally smaller in size and more consistently chopped than the low aggressive VT setting.

The aggressive VT setting did engage the soil and created moderate mixing action of residue and soil.

Overall ground cover was still well above 50% but the thickness of the residue on the soil surface was reduced due to the improved mixing action.

For cover crops, the increased soil mixing resulted in an excellent seedbed for broadcast seeding of cover crop seed or drilled applications. The final field conditions could be successfully no-tilled next spring with appropriate row cleaners on a planter.

A tandem disk with notched front blades and smooth rear blades was also evaluated. While the tandem disk did an effective job at laying the crop down and crimping the residue, it was ineffective at cutting or chopping the majority of the residue. Many long stalk pieces, exceeding 24 inches, were still present after the tillage pass.

Three aspects are working against this particular tillage tool. First, the blades were dull. Second, the disk was not heavy enough to effectively cut. And third, the slower speed of the tool reduced the cutting action.

Alternative tandem disks which are heavier and sharper would likely improve the outcome. Wavy blades would also increase the effectiveness of residue chopping.

For cover crops, a drill will be preferred over a broadcast seeder due to the thick mat of processed residue on the soil surface. No-till planting in the spring would be a challenge in this field condition due to the lengths of the remaining residue particles. In particular, these long residue particles will likely create challenges with row cleaners and cause some down time during the spring planting process.

A European style high speed disk with 20-inch notched blades in the front and rear was also demonstrated. Between all tools evaluated, the high-speed disk was just behind the aggressive VT in terms of size reducing the corn stalks.

The extra weight of the high-speed disk created good soil disturbance and effectively incorporated residue into the soil profile.

For cover crops, the increased soil mixing resulted in an excellent seedbed for broadcast seeding of cover crop seed or drilled applications. The final field conditions could be successfully no-tilled next spring with appropriate row cleaners on a planter.

A modified disk ripper was evaluated after removing the ripper shanks from the tool. With the ripper shanks attached, the tool would quickly plug in these challenging conditions. The remaining disks were spaced 18 inches apart and individually mounted which increased residue flow and prevented plugging.

The front disks did size reduce residue, but the wider spacing of the disks compared to other tools resulted in less consistency in the residue size and generally longer residue pieces than other tools.

The modified disk ripper achieved the highest level of soil incorporation and mixing of the corn residue. Ground cover in many areas was less than 50%.

For cover crops, broadcast seeding or drilling will be suitable to establish a fall ground cover. Due to the aggressive nature of the tool, a subsequent pass in the spring will be required to level to soil surface prior to planting.