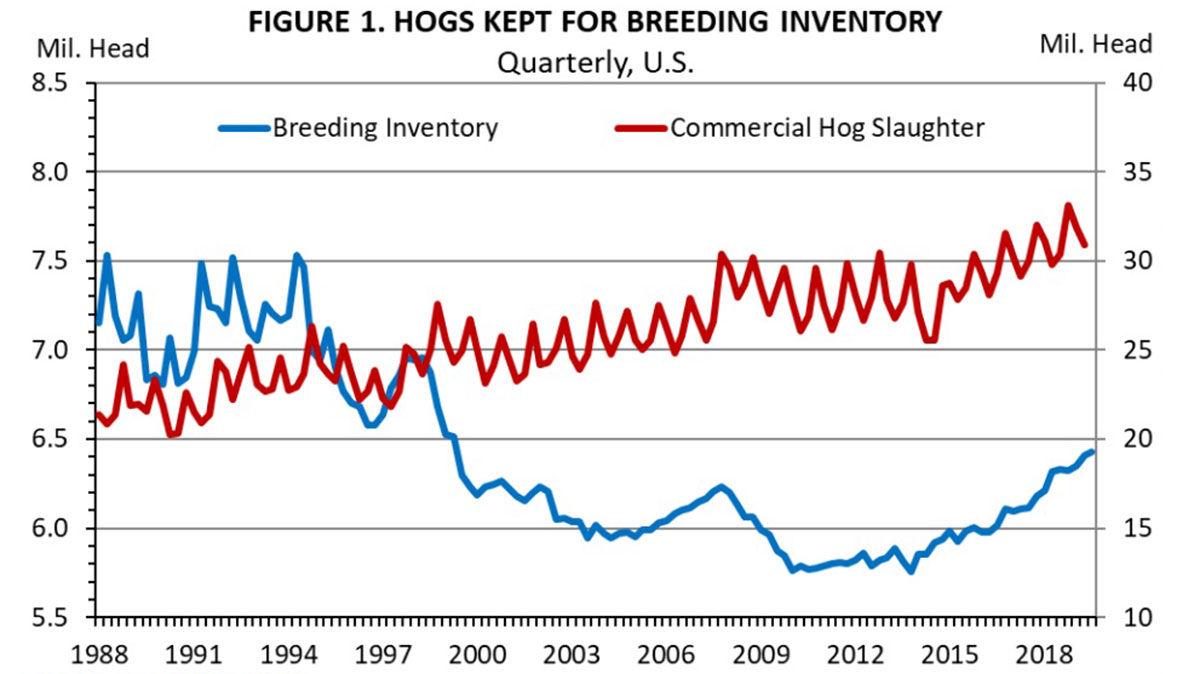 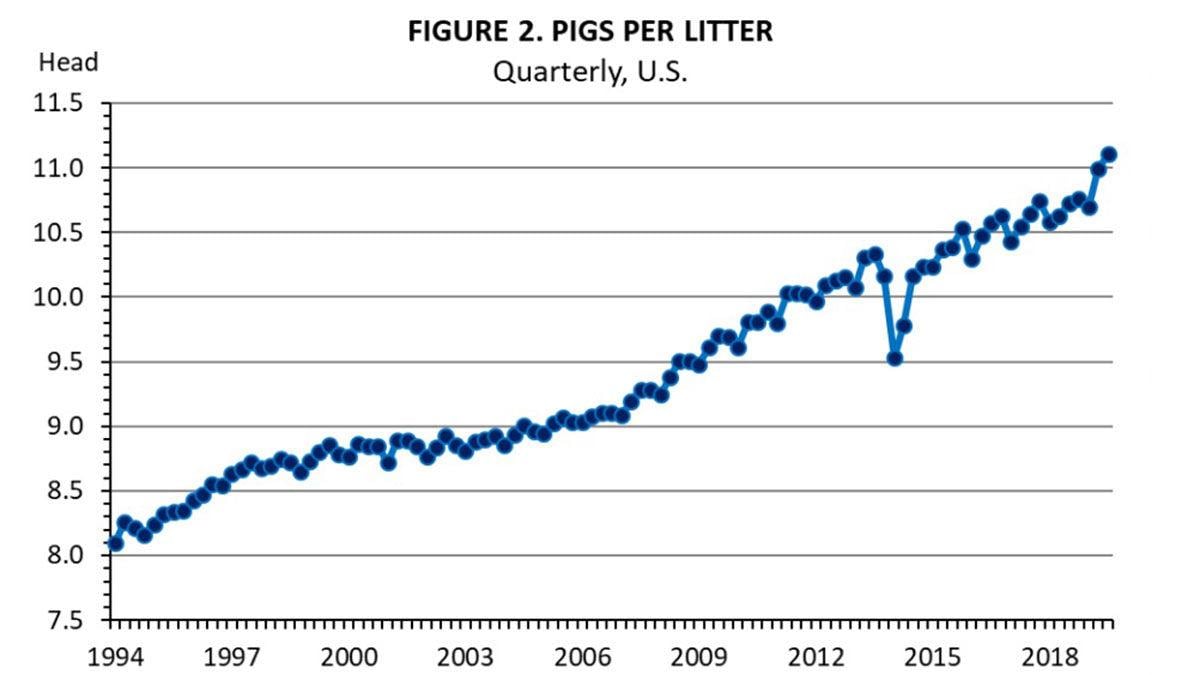 Pork production is a growth industry. U.S. producers are turning out more pork per sow. On average, over the last 30 years, they’ve shipped a million more hogs per year to packers.

Over those 30 years, the extra hogs have provided 2% more pork per year for consumers at home and abroad.

Seasonal and cyclical production ups and downs remain. Still, producers are capturing efficiencies by boosting pork output per unit of input. Doing more with less fuels fairly consistent growth in the industry, even in the face of sometimes challenging market conditions.

In the short-run, how many hogs and pigs the country has is what matters. Current and pipeline supplies along with the demand situation determine prices. In the long run, productivity matters more than hog and pig inventories. Production efficiency of U.S. hog farms is what determines whether pork is competitive with other meats in the domestic market.

Production efficiency also determines whether U.S. pork is competitive with foreign pork on the world market.

Pigs per litter have topped the year-ago level each quarter since September-November 2014. Over those five years, growth in pigs per litter averaged 1.9% per year.

Will producers set a new record for September-November this year? Probably, since sows farrowing in the fall usually have the highest pigs per litter.

The annualized litters per breeding animal estimate for the third quarter of 2019 is 1.98. This measure is below industry benchmarking averages and has generally plateaued since 2007.

Two factors explain why. The first is biological. Assuming a gestation period of 114 days, 21 days of lactation, and a 7-day wean-to-rebreed interval puts each reproductive cycle at 142 days. That means if everything goes perfectly, a sow can produce 2.57 litters per year.

Very few do. Figuring in those that do not rebreed quickly, do not breed at all, etc. results in an average of about 2.30 litters/sow/year.

The second reason is data related. The survey of U.S. hog producers asks about “hogs kept for breeding” without specifying their gender or their age.

Rising dressed weights is another big factor affecting the amount of pork that is available. Record hog prices in 2014 led to a 7.25 pound year-over-year rise in the average federally inspected barrow and gilt dressed weight. Dressed weights were down 1.8 pounds from the year before in 2015, but have settled in at roughly 210 pounds over the last several years.

Genetics, nutrition and economics all come into play. Producers, pork packers and processors all benefit from heavier hogs — as long as those hogs can convert feed efficiently. Efficient hogs allow producers to spread fixed and sunk costs over more pounds of output. Lower feed costs encourage producers to hold hogs on feed longer.

Heavier hogs allow packers to do the same with their fixed (plant, equipment, etc.) and quasi-fixed (labor really can’t be reduced and increased on a whim) costs.

Furthermore, adjustments in packer matrices have reduced the discounts for heavy hogs, meaning higher marginal revenue for those extra pounds.