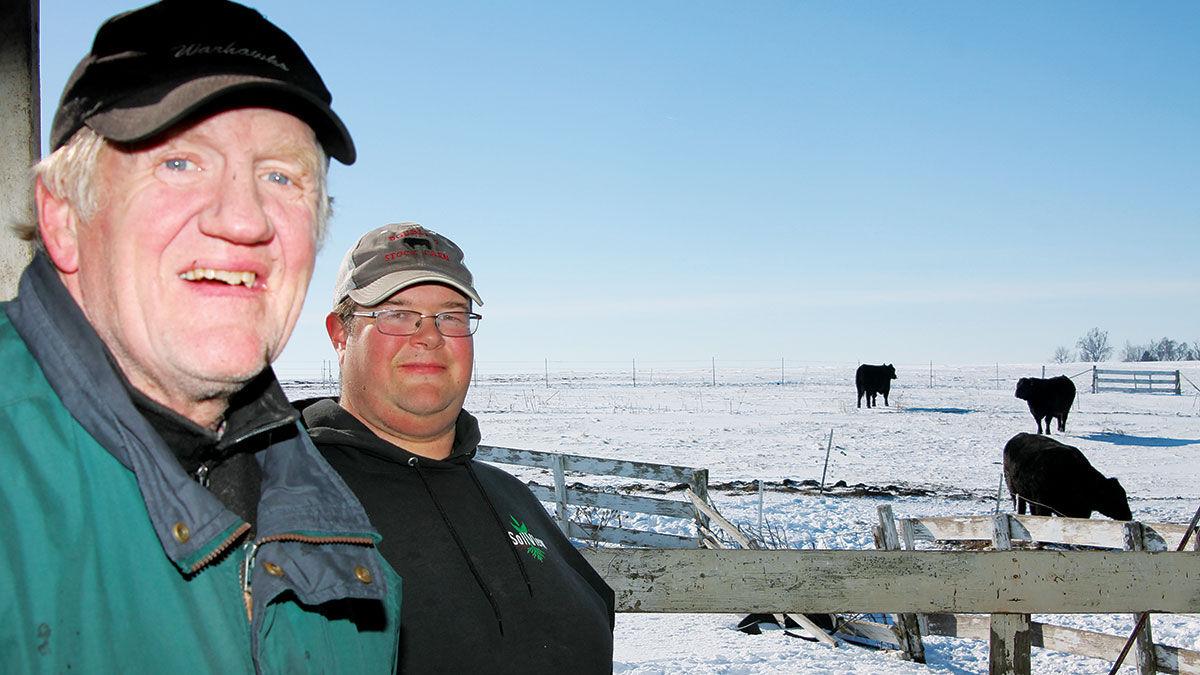 Carleton Meinders Jr. and his nephew Clayton Hester raise cattle near Oskaloosa. The family has raised purebred Angus cattle for more than 75 years on their Mahaska County farm. 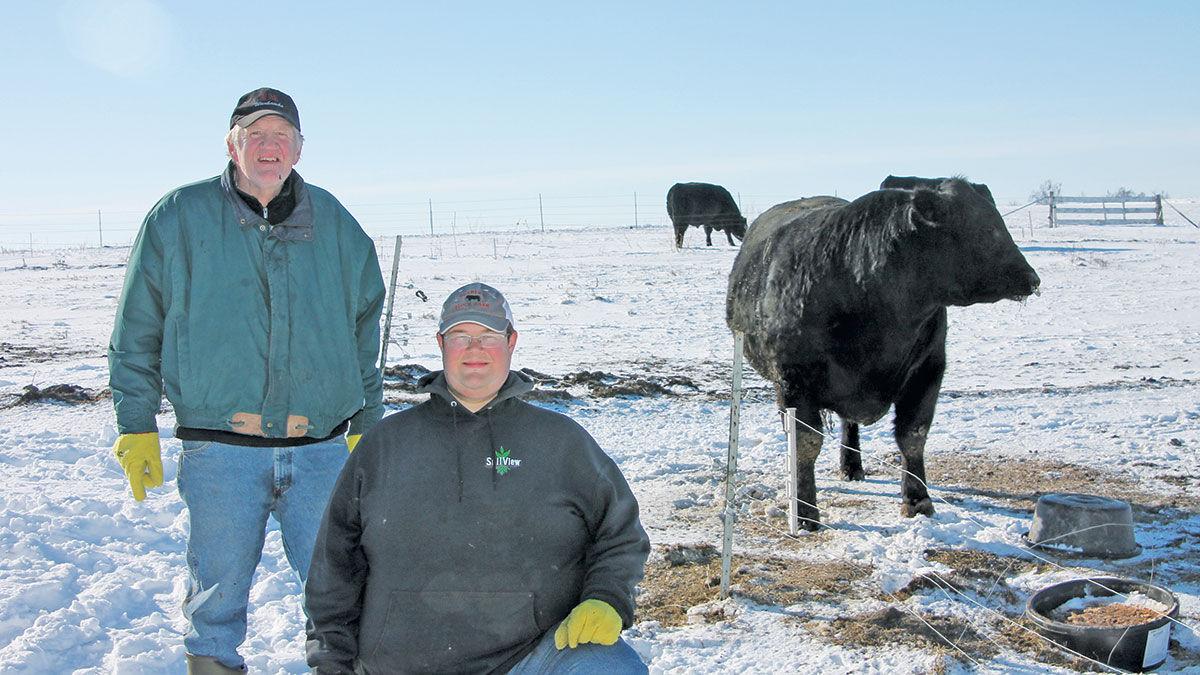 As part of their business, Meinders and Hester have kept performance records for nearly 40 years. This information includes birth, weaning and yearling weights.

NEW SHARON, Iowa — The pride is evident in the voice of Carleton Meinders Jr. — better known to his friends as Junior — when he talks about the family farm.

“We’re pretty proud of our family and what we have built,” he says.

The family has raised purebred Angus cattle for more than 75 years on their Mahaska County farm. They were recently honored as Iowa Seedstock Producers of the Year by the Iowa Beef Breeds Council.

The family business, known as Double C Stock Farm, was started in 1945 by Junior’s late father, Carleton Meinders Sr. That first Angus heifer — a 4-H project — helped build the foundation for the herd. Junior says his father and grandfather, Cornie, bought her from El Jon Farms in Rose Hill, Iowa.

Three generations are still active on the farm. Junior’s mother Nellie and his nephew Clayton Hester are also involved in the operation.

The family usually runs about 40 cows. They sell bulls and heifers primarily, although they do feed out a few of their own steers.

“Dad liked Angus cattle because they milk good, they don’t get mean and are easy to work with,” Junior says.

He says his father was always working to upgrade the herd’s genetics, buying seedstock from well-known producers in Iowa and Missouri.

“Balanced cattle have always been important to us,” Junior says.

He was 10 years old when he started showing heifers in 4-H and has been involved with the cattle for 55 years.

“I showed a lot of cattle, working with them in 4-H and FFA,” Junior says. “My dad showed me how to fit cattle, and I’ve been doing that for us and others for a long time.”

He worked side jobs before coming home to farm for good in 1979.

Clayton has been involved with the farm for several years and also works off the farm doing soil and tissue sampling. He is also heavily involved on the genetics side, using things such as genomic testing to help improve the herd.

The family has kept performance records for nearly 40 years, Clayton says. He says those records are very important to potential bull and heifer customers and ensure they have all the information they need to make a decision.

In addition to selling off the farm, the family consigns at the Iowa beef Expo. Junior says his family has also purchased seedstock at the expo, including a bull purchased in 1978 from Jim Bradford with Brad Z Ranch in western Iowa. That bull became Iowa’s top show bull, Junior says.

“We used to show a lot of bulls, and I did that for many years, but with the farm economy so bad in the 1980s, I stopped showing,” Junior says.

Clayton now handles most of the herd’s show ring competitions. The family generally shows only bulls.

“It’s a great way to market your cattle,” Junior says.

The family has always been active in their breed association.

“We feel we need to do all we can to improve and promote the Angus breed, and to help make sure we are heading in the right direction,” Junior says.

The family is also using artificial insemination on some of their cows, although natural mating is still preferred.

Looking ahead, Clayton says he would like to see the herd grow, but that may be limited by land costs and availability.

“It’s very hard to find pasture, and there is not a lot of available crop ground,” he says. “But if we have the opportunity, we’re ready to take advantage of it.”

Junior says he and his family treasure all the customers they have worked with, in addition to all the lifelong friends they have made in the Angus breed.

He says while much has changed since 1945, when it comes to the seedstock business, much remains the same.

“You still need to work hard and make sure your cattle are high quality,” he says. “The more work you put into your cattle, the more you are going to make from them.”

Carleton Meinders Jr. and his nephew Clayton Hester raise cattle near Oskaloosa. The family has raised purebred Angus cattle for more than 75 years on their Mahaska County farm.

As part of their business, Meinders and Hester have kept performance records for nearly 40 years. This information includes birth, weaning and yearling weights.