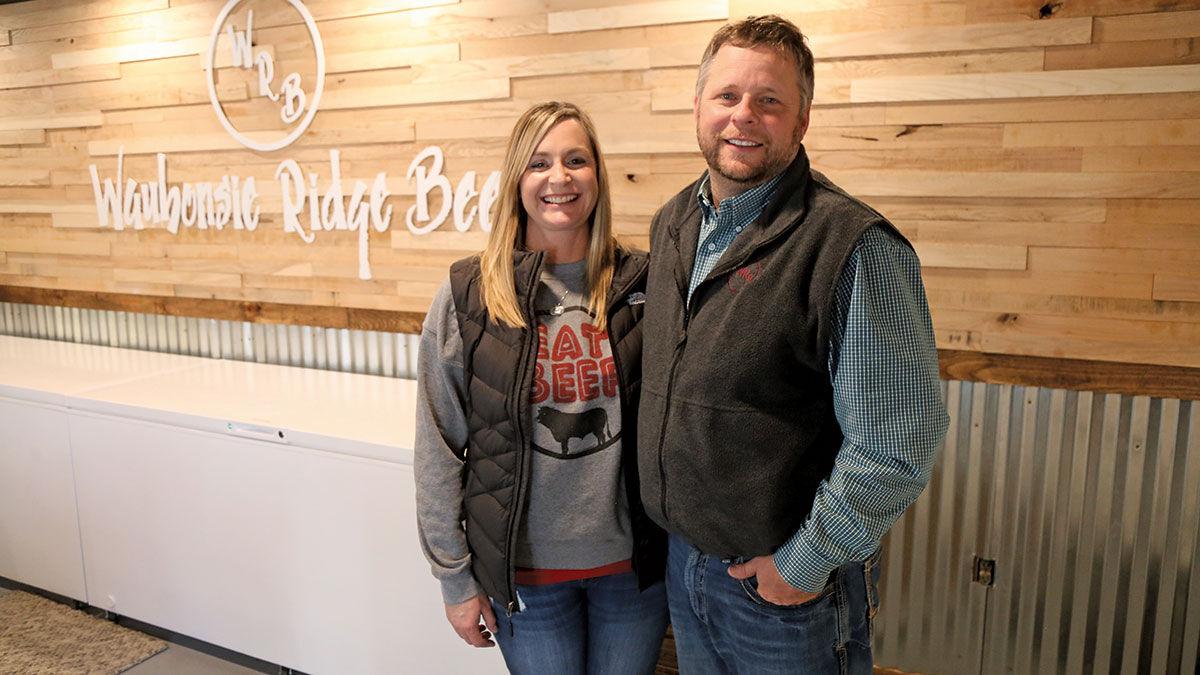 Jamie and Justin Ewalt started selling locker beef in 2017, but four months ago they opened their Waubonsie Ridge Beef store in Tabor. Business has been brisk, they said, citing a stronger demand for farm-fresh products caused by the COVID-19 pandemic. 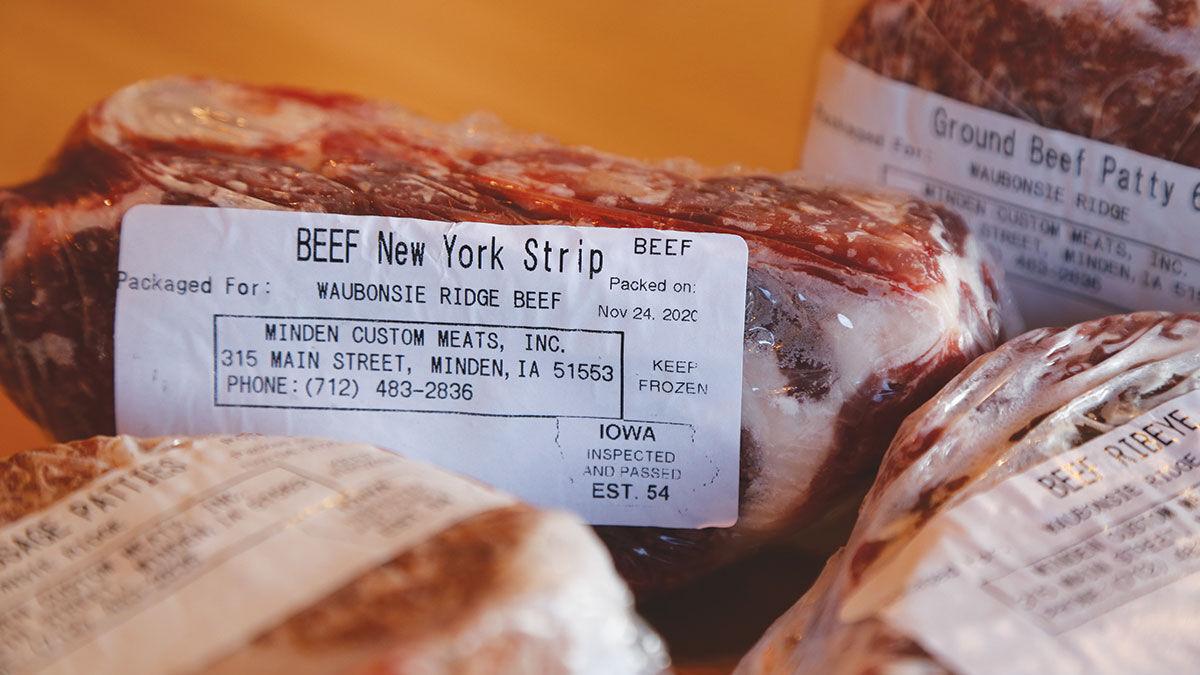 Most of the shop’s meat is processed at the Minden Meat Market in Minden, Iowa.

TABOR, Iowa — Just about a year ago, Justin and Jamie Ewalt were putting together a plan that carried both risk and reward.

The Ewalts, who farm near here in southwest Iowa, started selling their own beef in 2017. Justin is the fourth generation of his family to feed cattle on the east edge of the Loess Hills.

Business grew, and they started looking at other options.

“About a year ago, the grocery store here closed,” Justin says.

“Dollar General came in and helped with grocery items, but they didn’t sell meat. We were looking to sell meat cuts directly and feed some more calves, so we started thinking about finding some store-front space.”

After working to meet all requirements, Waubonsie Ridge Beef officially opened about four months ago in a building immediately south of the old grocery store in this community that straddles the border between Fremont and Mills counties.

“We had a lot of hoops to jump through, but USDA helped us quite a bit and we were able to pass the inspections to sell freezer beef,” Justin says.

The new enterprise evolved as the globe was in the first months of the COVID-19 pandemic.

Jamie says because of issues with meat processing, they had difficulty keeping up with demand for both beef and pork.

“We were delivering all the time,” she says. “It got to the point where we had people coming to our house to try and buy meat.”

“We obviously didn’t see this coming, but we had booked our locker spots through the end of the year,” Justin adds. “When the rush started, I was able to get slots elsewhere.”

“The pandemic has really provided producers with an opportunity to directly connect with local consumers who can’t always find what they need at the grocery store,” she says.

Farmers looking at developing a business should first check the local marketplace.

“If you are going to start a small business, you don’t want a lot of competition in your immediate area,” Hartsook says.

Secondly, she says farmers need to learn what regulations are involved with the new enterprise.

“There are different rules when you are selling directly to the consumer,” she says.

Labor needs should also be assessed, she says.

Some farmers may develop a new business to help transition the younger generation back to the farm. Hartsook says there are many opportunities to help develop additional income.

“It’s a great opportunity to add income and diversify the farm,” she says.

Hartsook adds goals should be developed, both for the near-term and the future.

More information on business development may be found at extension.iastate.edu/ffed.

When they made the decision to open a store, it was important to the Ewalts to work with local contractors on the renovation. The building had previously been used as an apartment.

All the beef is provided by the family’s farm. Jamie’s family farms near Oakland, Iowa, and provides the pork for Waubonsie Ridge. Information on available cuts can be found online at waubonsieridgebeef.com.

“Minden is a state-licensed locker, so we can only sell those products in Iowa,” Jamie says. “Wahoo is federally inspected, so we are able to ship those items.”

Plans also include working more farmers markets in the area, she says.

Justin says a large percentage of their business is from consumers in their immediate area, but they are starting to build a customer base from the Omaha area as well.

“People are amazed at the quality of the meat and love the fact that with the quick turnaround, it’s always farm fresh,” he says. “We’re very happy with how it’s going, and we appreciate all the support we have received from not only Tabor, but around this area.”

Jamie and Justin Ewalt started selling locker beef in 2017, but four months ago they opened their Waubonsie Ridge Beef store in Tabor. Business has been brisk, they said, citing a stronger demand for farm-fresh products caused by the COVID-19 pandemic.

Most of the shop’s meat is processed at the Minden Meat Market in Minden, Iowa.