BARNES CITY, Iowa — It’s not unusual to hear the familiar sound of corn popping when you stop by to see Bill and Ginger Grubb.

“It’s just who we are. We’re popcorn people,” Ginger says.

The Grubbs have farmed for many years in this corner of Mahaska County. They’ve also grown popcorn for quite a few years. But it was only about a decade ago that they actually went into the popcorn business as Grubb Premium Popping Corn.

Bill is a fifth-generation farmer whose family had moved to this homestead in 1874, but Ginger wasn’t from the farm.

But she grew up in a household where popcorn was popular. Her father even bought a theater style popcorn maker for the house. So when she and Bill married in 1972, it didn’t take her long to convince him to plant a row or two of popcorn.

“We started out with one pass down the field,” Bill says. “We picked it on the cob and stored it in a Rubbermaid garbage can.”

Over the years they began to offer popcorn to friends. They donated it to charities or for use at local events. Neighbors knew them as the farmers who grew their own popcorn.

“Then one day a friend of mine said ‘you should go commercial,’” Ginger says. “And so we did.”

The effort began as a partnership between Ginger and two of her friends, Patti Collins and Margi Constantino in 2010. Bill continued to grow the popcorn, expanding his efforts. And the three women began to learn all about packaging and marketing. They found out about the difference between microwave popcorn and other types. They worked to market their product to a variety of businesses.

After a couple of years Bill and Ginger bought out their partners and took over the business for themselves.

The names have nothing to do with the taste or ingredients. Instead, they refer to the shape of the popped product. Most movie theater and home sales in the country are butterfly popcorn, which pops up into big butterfly-shaped pieces. The mushroom popcorn pops into a more compact kernel that is often used for kettle corn and other coated products.

“Popcorn is really fairly easy to grow,” Bill says. “The tricky part is the moisture.”

The popcorn needs to be at about 13.5 to 14 percent moisture, he says.

And the couple says they have reached an age where they will need to make a decision whether to expand the business and perhaps eventually sell it or start winding down production. Since the popcorn bears the family name, it would be difficult to sell the brand to someone outside the family unless the new owners were going to change the name of the product, the couple said.

Still, they have enjoyed growing both popcorn and a family-owned popcorn business. And they say it is satisfying to relax on a century farm on a gravel road and know that people are enjoying your product in other homes on other roads all over the state and the country.

“Somewhere hundreds of miles away there are kids sitting in front of the TV eating Grubb Premium Popping Corn,” Ginger says.

"I never expected to be a physician living and working through a pandemic where we're learning and treating a new infectious disease,” Dr. Rya…

Forty years ago there was a farm crisis. Twenty years ago was 9/11. In the past year a pandemic hit the country and the world. Through it all,…

The sight of smoke billowing out of those towers against a blue September sky is something most Americans will never forget. It was a horrific…

From inch-thick pork chops to ghost pepper beef sticks, Iowans are hungry for specialty meats they can’t buy at most grocery stores.

DES MOINES, Iowa — The horse on display at the Iowa State Fair was unlike any other.

From fertilizers that help farmers produce more to enhancing what nutrients a plant produces, there are many ways even consumers can see agric…

‘What is happening?’ journalist asks on 9/11

CEDAR RAPIDS, Iowa — It was a few minutes past 8 a.m. when I walked into the KCRG building, heading to our offices on the third floor.

It’s early, but discussions about the next farm bill will likely be starting up in the next few months as agricultural organizations begin tal… 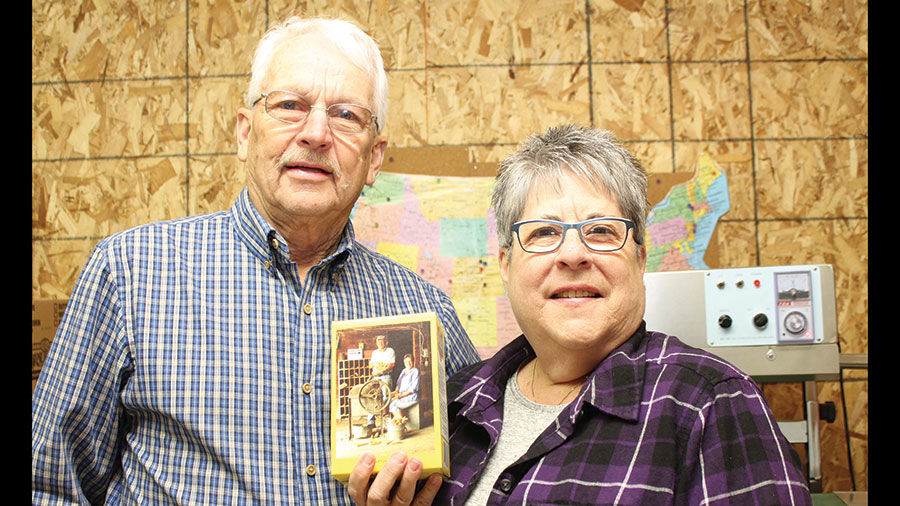 Bill and Ginger Grubb grow Grubb's Premium Popping Corn. The back of the box features a picture of the couple. 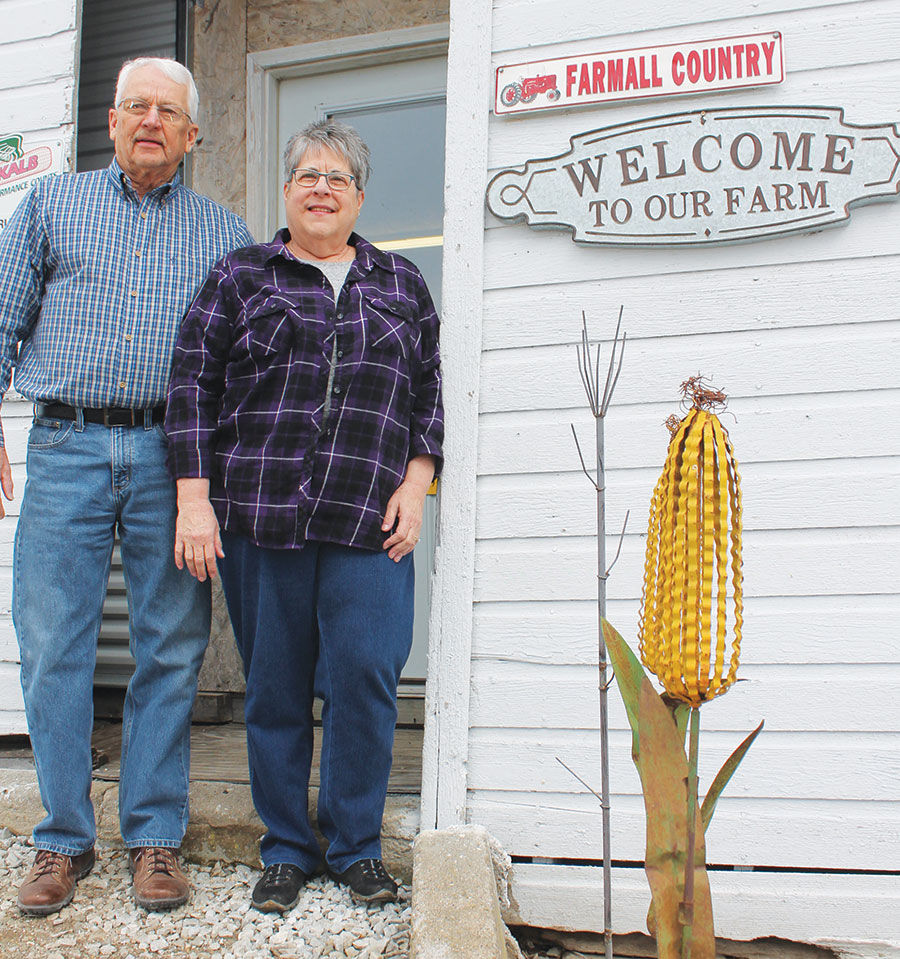 The Grubbs farm on Bill’s family land — he is the fifth generation — in Mahaska County, Iowa. 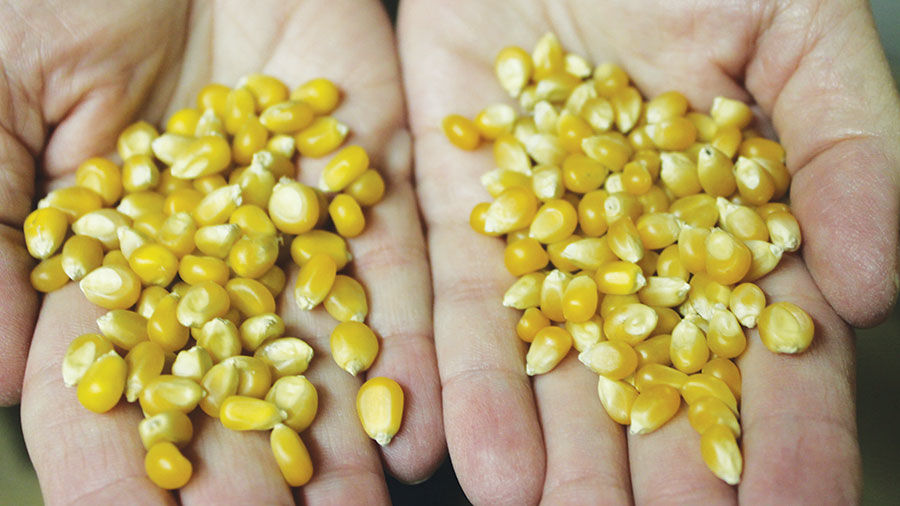 They grow two different types of popcorn — butterfly kernels and mushroom kernels. They refer to the shape of the popped product. 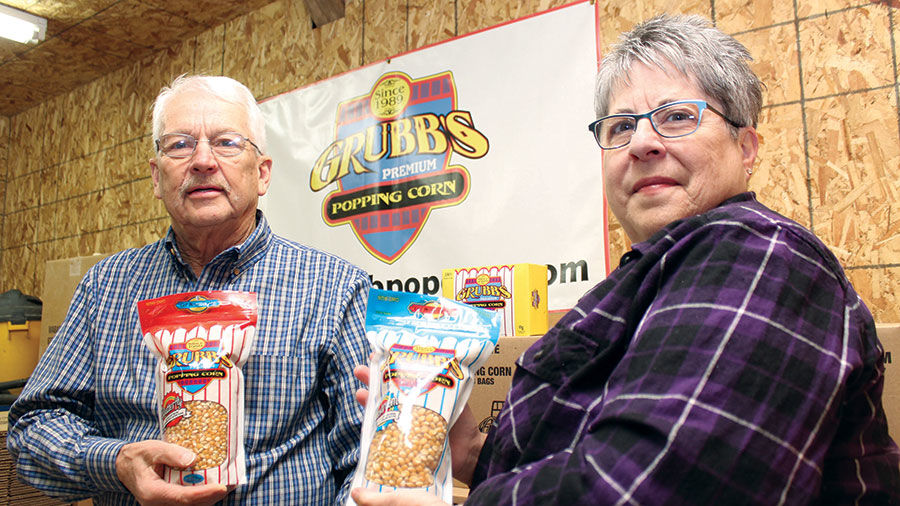 Bill and Ginger have enjoyed growing both popcorn and a family-owned popcorn business that bears the family name.