“Pumpkinville at Mitchellville, it just has a ring to it, doesn’t it?” she asks.

This little mom-and-pop fall tourist stop just a couple miles off the freeway has a little bit of the feel of a seasonal Wall Drug. There is a corn maze and a mini-maze. There are a couple of bounce houses and swing sets. There are fire pits and picnic tables. There is a tiny Ferris wheel, other games and buildings. And at the core are the simple ideas of visiting a farm and buying a pumpkin or two.

“I’m just amazed at how far we have come,” Allsup says as she walks around the farm.

Before starting Pumpkinville about 20 years ago, Allsup and her husband, Max, farmed. She helped and worked for the National Catholic Rural Life Conference. She had also worked with CSAs.

“That’s kind of where we came to it from,” she says.

They started selling pumpkins and produce and then one day a woman with preschool children asked if it would be OK if she brought her kids out to visit the farm. Somehow, the idea of Pumpkinville was born. The first year Allsup made a corn maze she tried to form it late in the season by cutting the corn in paths.

“That was a mistake,” she says with a laugh.

Fall is the agritourism season for many, with apple orchards and pumpkin farms springing to life. Some are large and charge entrance fees. Pumpkinville does not charge an entrance fee (though it does charge for the giant, 20-acre corn maze). Because of that choice it is a bit smaller and less extravagant than some other agritourism farms. It is very much a small family operation. But it is open seven days a week from early September until Halloween.

In a normal year, buses from day cares and preschools and grade schools provide much of the business during the week while families tend to visit on evenings and weekends.

Last year COVID-19 changed all that. The buses stopped. Nobody was doing group field trips. But many children were taking classes online and families began coming during the week. This year the kids are back in school but there are still no field trips for most of them. What that will mean for fall agritourism is still up in the air.

The good news is that the fun here is mostly outside in the fresh air. Allsup did eliminate the hay jump in the shed last year because that activity always stirred up a great deal of dust and she didn’t think dust and the inescapable coughing that would follow would be a good thing in the time of COVID. She decided not to go back to that activity yet this year. And she says she is just trying to provide a healthy and wholesome place for children and adults.

Of course, there are plenty of pumpkins for sale at Pumpkinville. There are also gourds and corn stalks and garden produce and colorful ears of Indian corn.

When Matt and Kelly Moreland welcome people out to their farm in Cass County, they want it to be a place that celebrates the history of farmin… 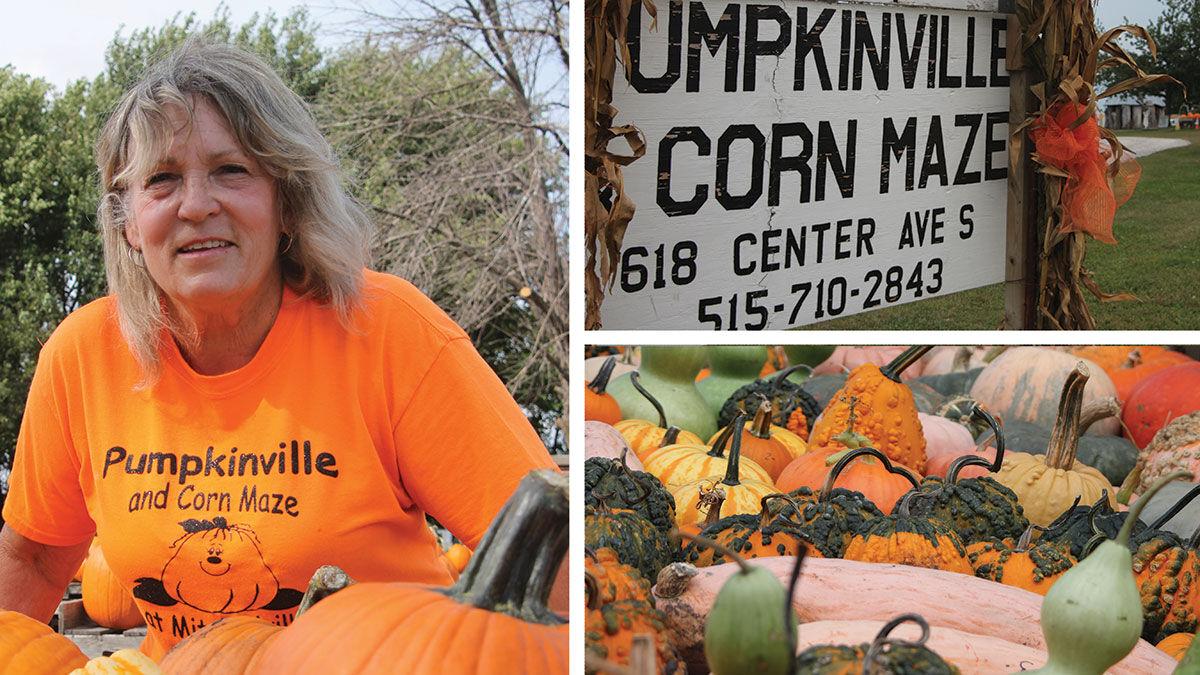 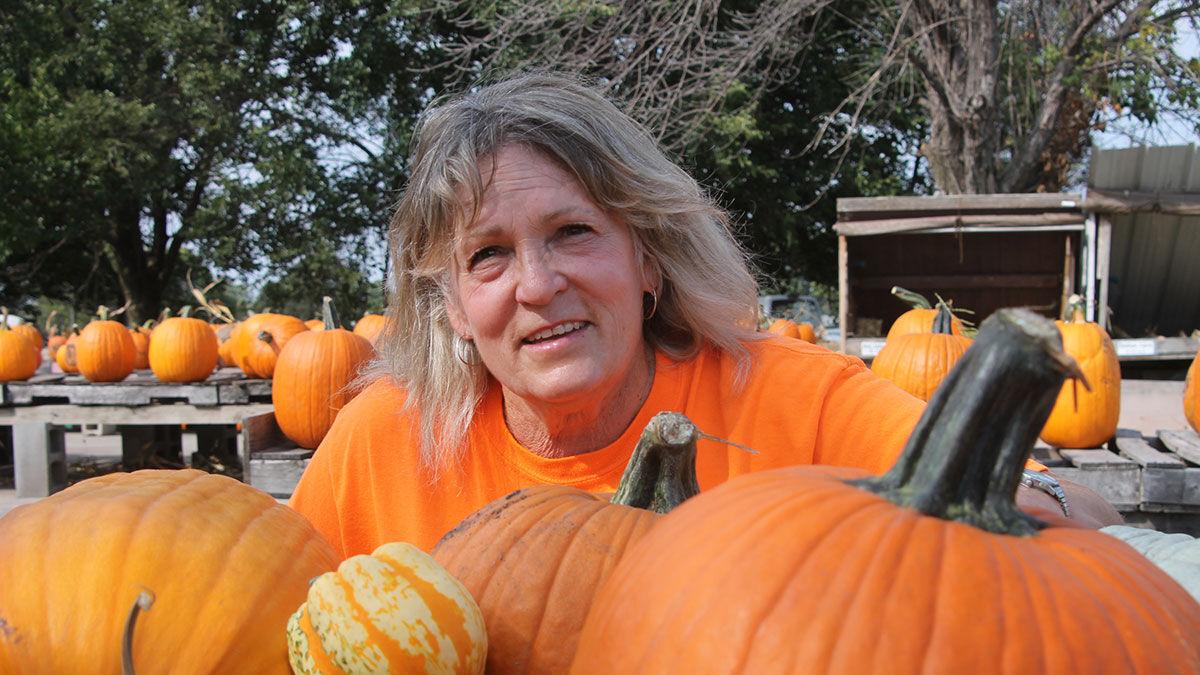 Joan Allsup deals in all things pumpkin at Pumpkinville in Mitchellville, Iowa. 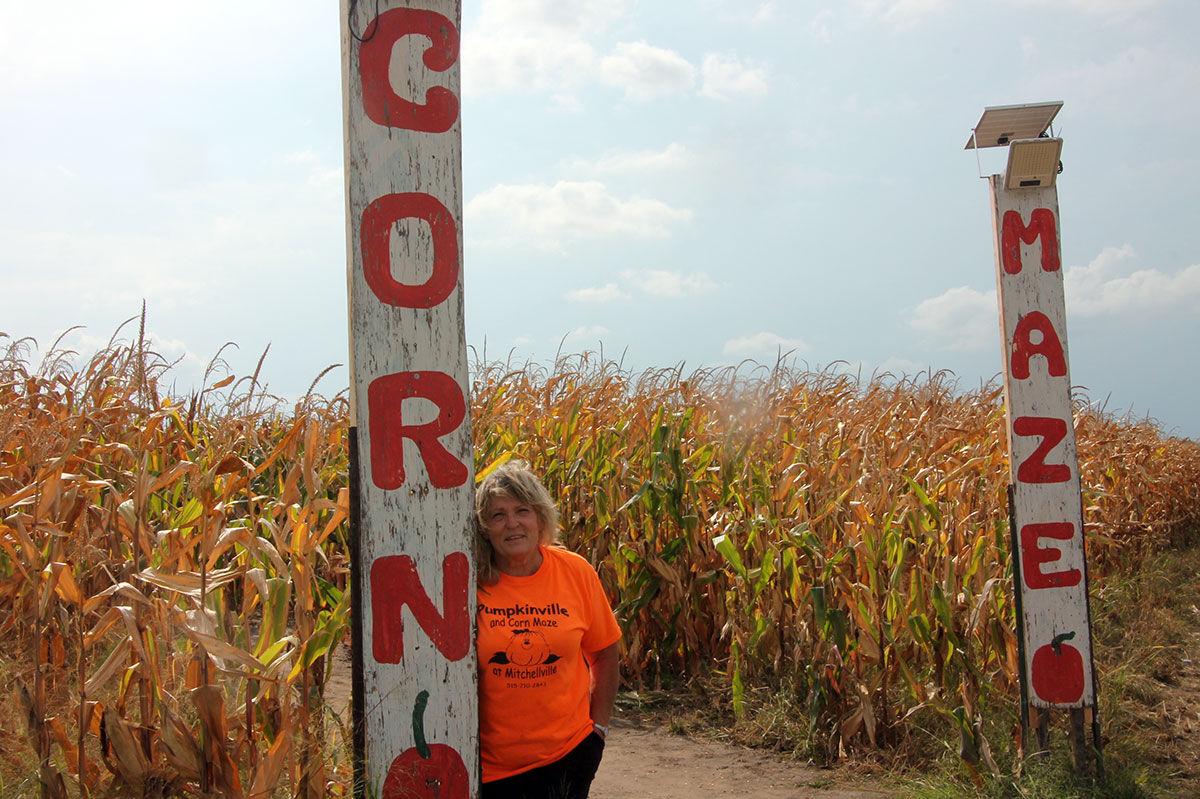 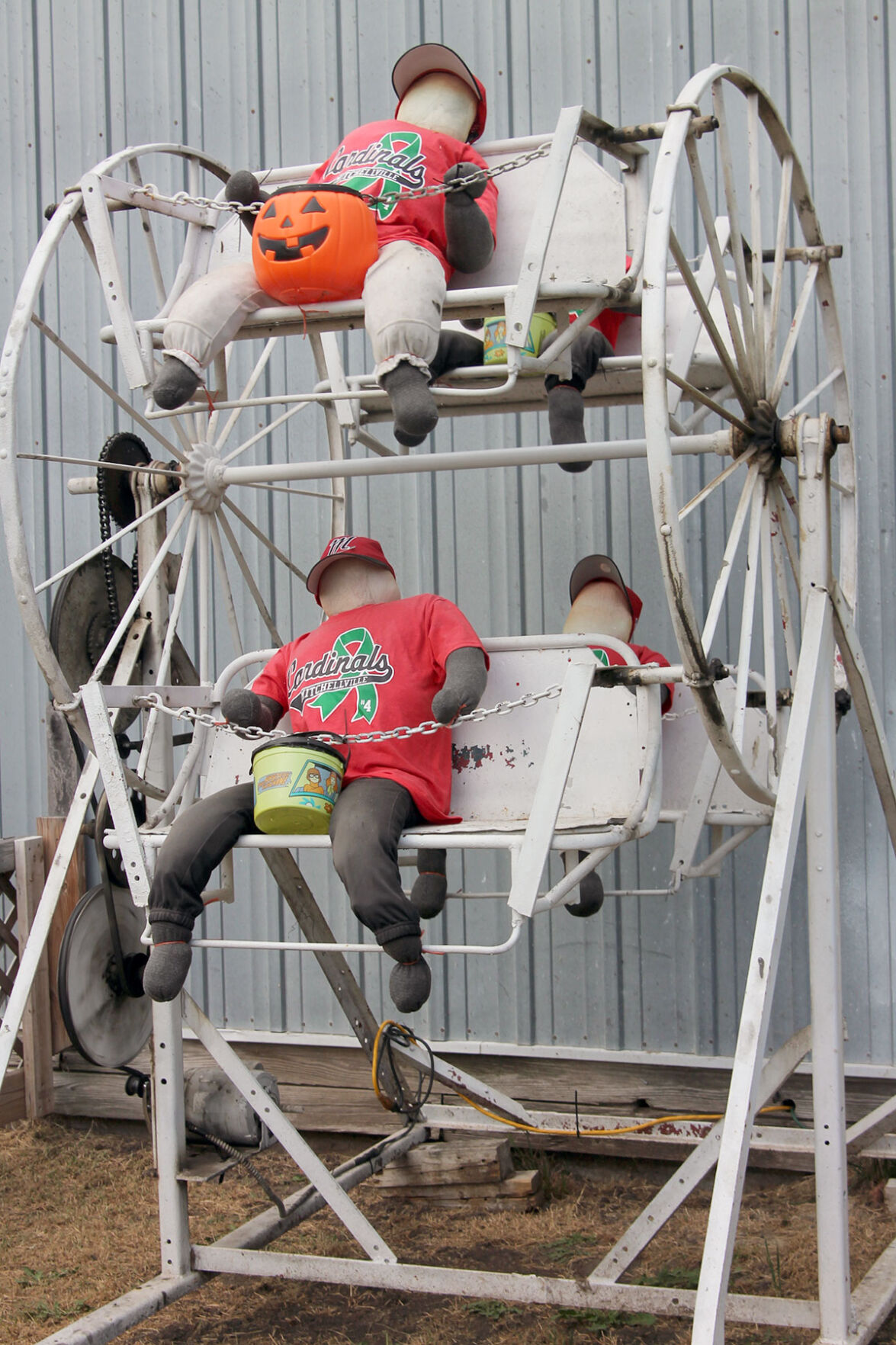