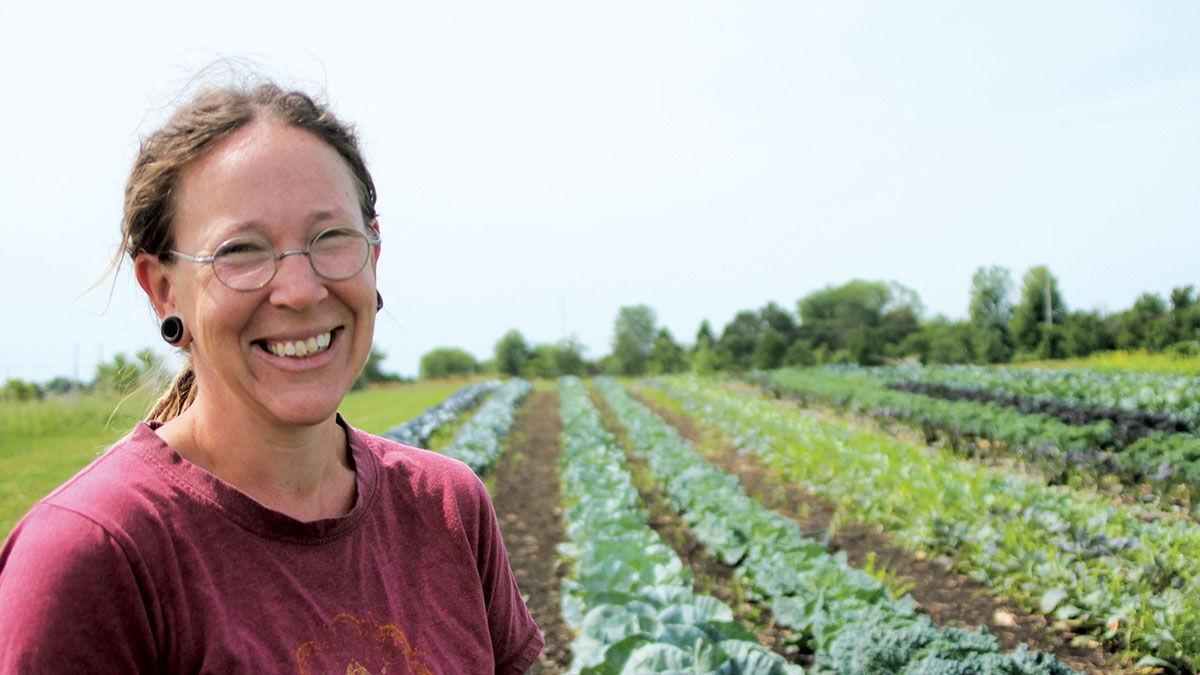 Kate Solko shows off some of the greens from her farm, Root to Rise Organic outside of Ames. One aspect of the farm that is important to Solko is the work-share piece of the CSA. 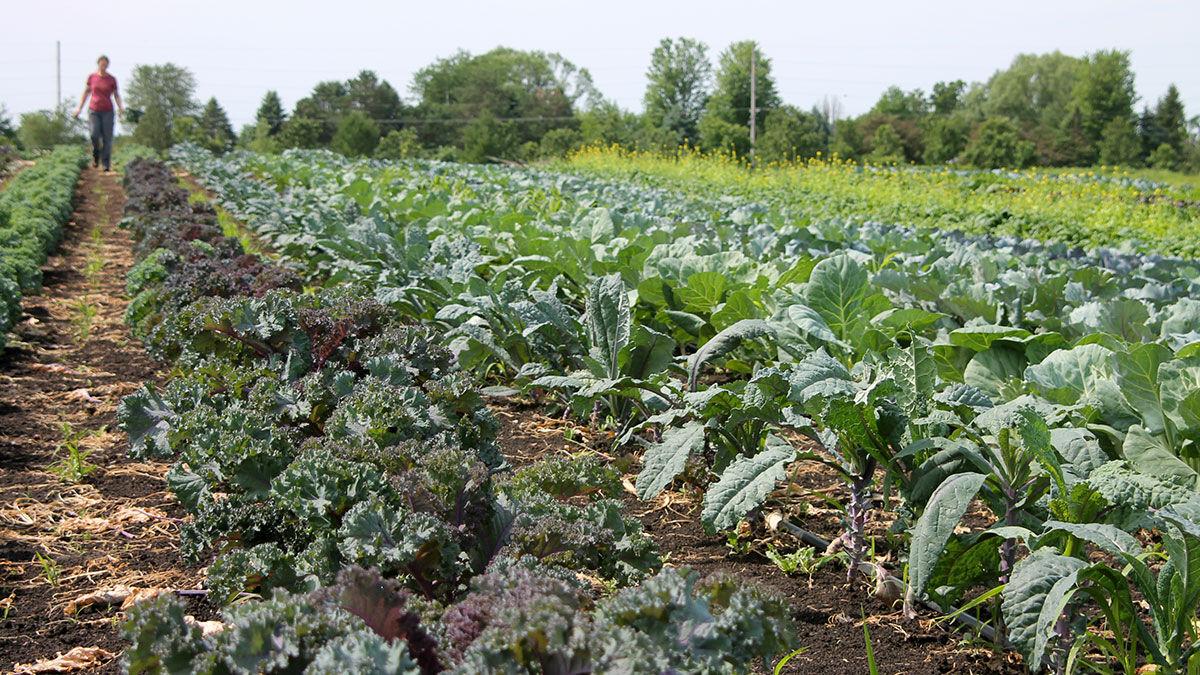 AMES, Iowa — Kate Solko took a roundabout path to becoming a farmer, but her farm provides a direct way for some customers to be involved in farming.

Solko runs Root to Rise Organic Farm just outside of Ames. It’s based on the same property as Prairie Moon Winery and Alluvial Brewing Company. The organic vegetable farm is surrounded on three sides by CRP land. It features a CSA, a presence at a local farmers market, sales to the local Wheatsfield Cooperative, and even some donations to a local food pantry.

One aspect of the farm that is important to Solko is the work-share piece of the CSA.

While most of her CSA members pay a fee for the produce they get every week, a few have a work-share where they work a minimum of three hours a week in exchange for their produce. That piece of the business allows some people who may not be able to afford the CSA to benefit, Solko says. But it also brings people to the farm so they can see how their food is grown and can feel a part of the process.

“I think it is totally worth it,” she says. “I feel like the farm benefits from it.”

The people who come here soon discover there are far more kinds of vegetables grown in Iowa than they had ever dreamed. Solko walks through the field, pointing out at least four kinds of kale, seven kinds of basil, dozens of types of greens, several types of tomatoes, and other plots growing varieties of broccoli, asparagus, potatoes and a host of herbs.

Paw Paw trees are growing in one area. A couple of high tunnels provide some protection to plants in another area.

“People who help here always say ‘I just had no idea of the scale,’” Solko says.

Of course, in terms of acres, this is a very small farm — only about 5 and a half acres of land. Some plants start in a grow room in Solko’s basement. She doesn’t have a headquarters building or a full greenhouse. She does have a professional refrigeration storage unit and a professional wash station.

But the farm is young and is still growing and changing. It is a work in progress.

The same could be said for Solko’s time as a farmer. She did not grow up on a farm, and she took time off after high school before eventually coming to Iowa State University, where she planned to study environmental science. But she took a soils class and had a professor whose enthusiasm was contagious.

“He was so excited about soils,” she says.

As a result, she switched her major to agronomy. She also began working on various vegetable farms, learning the business while home-schooling her children. She ran the CSA for a student organic farm, allowing her to “dip my toes into management.”

And when the owners of this property approached her about farming it, she thought about it long and hard before deciding “this is the right thing to do.”

Today she has a full-time intern during the summer, six work-share members, and two part-time employees. She is slowly getting used to the idea of management and is constantly studying the soils and crops she grows on those soils. Since the footprint of her farm is small, she concentrates on high-profit crops, but she actually grows dozens and dozens of types of vegetables — “just about anything you can grow in Iowa.”

Sometimes, that means her customers are faced with new products and choices.

“I like to challenge the members,” she says with a laugh.

She was challenged herself this past year, when the COVID-19 pandemic closed some restaurants and changed supply chains. As a result of the boom in home gardening, some types of seeds were difficult to get in 2021. But she says the trade-off is that more people became interested in fresh vegetables and in local foods. She hopes that leads to better business for operations like hers.

Kate Solko shows off some of the greens from her farm, Root to Rise Organic outside of Ames. One aspect of the farm that is important to Solko is the work-share piece of the CSA.