As the summer driving season comes to a close, demand for gasoline and other fuels has gone through significant ebbs and flows.

The ongoing military conflict between Russia and Ukraine has thrown the supply and demand picture into significant volatility. The higher summer gas prices had many consumers looking for other options at the pump this year, outside of the typical E10 blend. E15 and E85 are often discussed when looking for more cost-effective options.

Scott Irwin, economist and professor of agricultural marketing with the University of Illinois, said despite the conversation around those blends and environmental measures in states such as California, Oregon and Washington, E15 and E85 only make up a small portion of what is being sold nationally.

One reason for the slow growth of higher ethanol blends is due to the efforts of refineries and what they prefer to blend. Many refineries are resisting the creation of ethanol and are instead investing in renewable diesel.

The biomass-based diesel uses soybean oil, corn oil, canola oil and waste fats, Irwin said. There are continued advances in that renewable diesel front being pushed by legislation in an effort to reduce carbon emissions.

“The new kid on the block is sustainable aviation fuel,” Irwin said. “There are huge subsidies in the (Inflation Reduction Act) to try and decarbonize the jet fuel pool in the United States. That’s where the big action in biofuel is going to be.”

“That’s the No. 1 conversation going on in the world,” he said. “In the liquid fuels space, there isn’t a lot of action to substantially increase the use of ethanol over and above where it is now around the globe. Renewable diesel is clearly the hot fuel not just here but globally.”

“As of right now, there’s no clear indication of how quickly SAF production could ramp up before the clean fuels credit provisions lapse in 2027,” he said.

CoBank economist Kenneth Zuckerberg said demand levels in the U.S. for gasoline and ethanol were approaching pre-pandemic rates this summer, but the war caused a spike in oil prices, causing some drivers to limit their travels.

“Those prices really started to have an impact on gasoline use starting early this summer,” Zuckerberg said. “Since then, we’ve been down somewhere between 5 and 10% weekly this summer, compared to a year ago. In the last couple of months, we’ve actually even been below 2020 levels of gasoline consumption.”

Whittstance said there may be a place for ethanol in the aviation fuel conversation, but it will be largely determined by how effectively carbon can be neutralized from the refining process.

“The near-term prospects for ethanol as a SAF feed stock could depend on how EPA decides to score the carbon intensity,” he said.

As many countries take measures to limit inflation, Zuckerberg said just how severe the recession is will determine what is next for the fuel markets.

Irwin echoed those thoughts, noting that demand for biofuels may change as budgets tighten for consumers. The research and implementation of renewable fuels will require investment that may be too much to swallow at the moment both in taxes and at the gas station.

“People will see how it affects their pocketbooks and we’ll see how that evolves,” he said. “I sometimes have a cynical take on these things, and I won’t be surprised, particularly if we go through a more severe recession, is that political support for these expensive renewable policies could evaporate quickly.”

According to EIA data analyzed by the Renewable Fuels Association for the week ending Sept. 23, ethanol production dropped 5.1% to 855,000 bar… 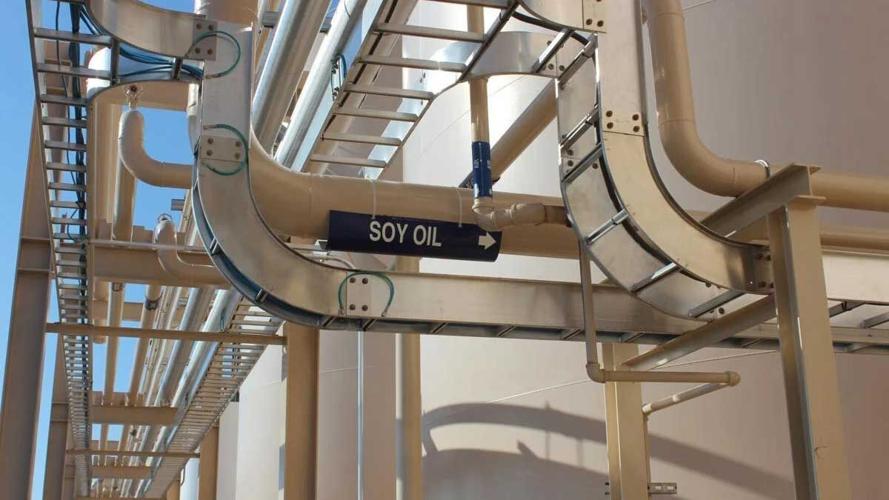 A soy oil line at a biodiesel plant. New crush plants are planned in Nebraska and South Dakota. 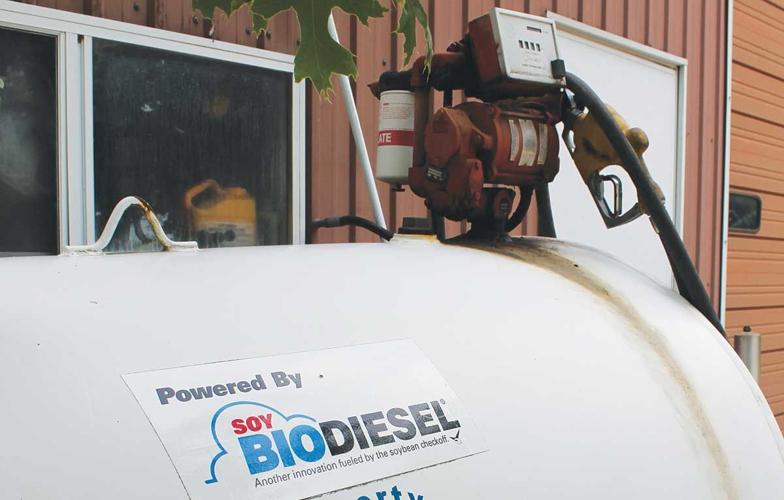 Advances for renewable diesel are being pushed by legislation in an effort to reduce carbon emissions.