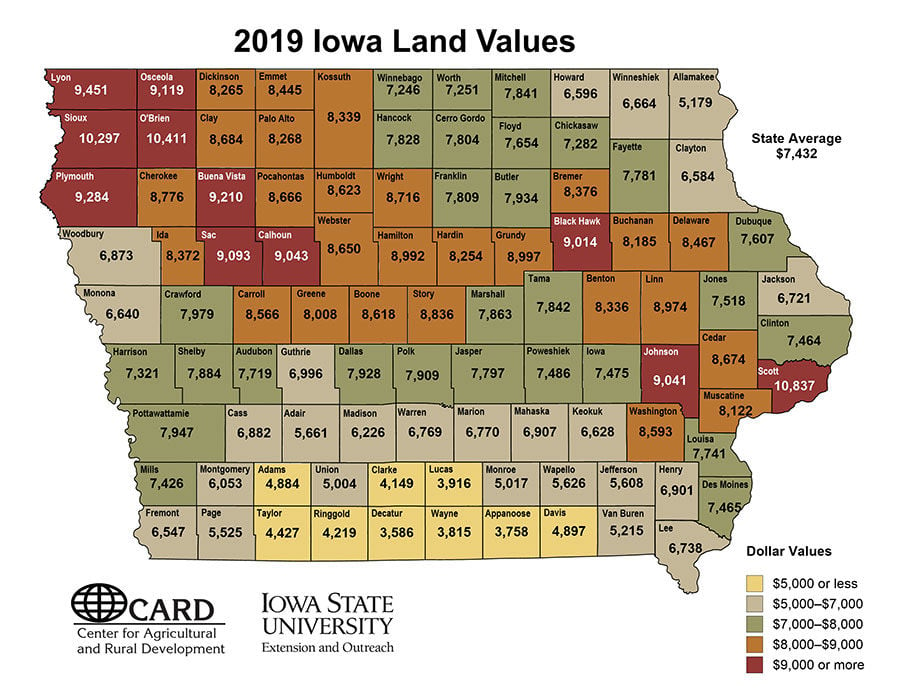 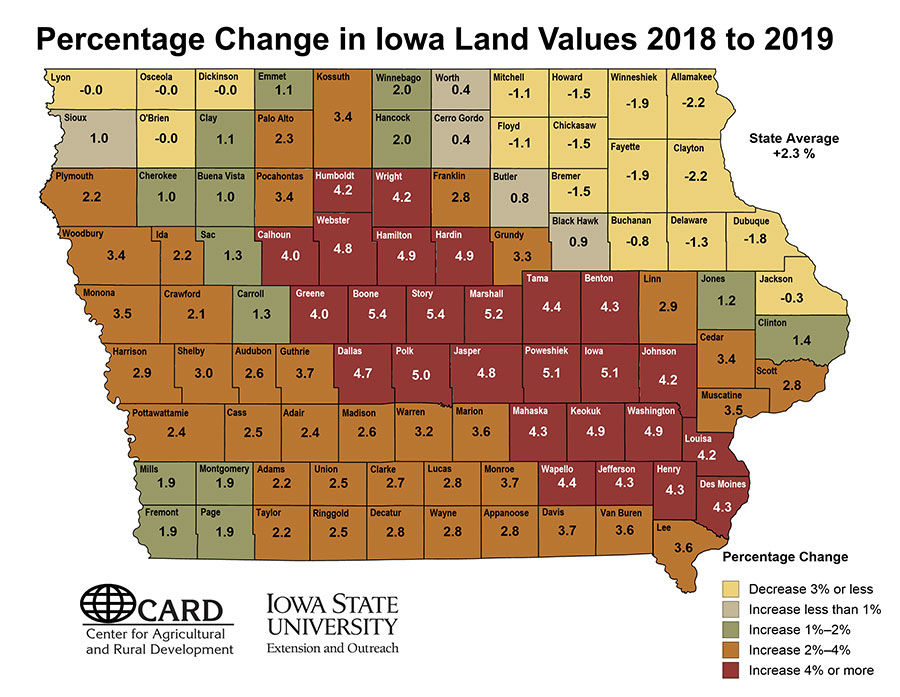 Farmland values in Iowa rose 2.3% in the past year, according to the annual Iowa Land Value Survey released Dec. 11.

Farmland values in Iowa rose 2.3% in the past year, according to the annual Iowa Land Value Survey released Dec. 11.

AMES, Iowa — Farmland values in Iowa rose 2.3% in the past year, according to the annual Iowa Land Value Survey released Dec. 11, but officials caution that the move is more of a sign of stabilization than of a rally in farmland prices.

“All signs in general are still signaling a stabilizing market,” said Wendong Zhang, an assistant professor of economics at Iowa State University who is in charge of the survey.

Zhang said that the increase, only the second such move upward in the past six years, is a good thing. But he cautions that it should not be labeled as a solid rebound of the market or a sign of a significantly stronger agricultural economy.

Instead, he said, the increase appears to be driven by low interest rates, strong crop yields in Iowa, a limited supply of land going on the market, the government’s Market Facilitation Program payments which offset price drops due to the trade war with China, and investor demand from outside agriculture.

The influence of those items is reflected in the map, which shows the biggest increases coming in central and east central Iowa. The only crop reporting district to report a drop in values was in northeast Iowa, where dairy is a big part of the picture, at a time when the dairy industry is suffering. Seventeen counties, mostly in northeast Iowa (along with several in northwest Iowa) saw land values drop.

One definite factor was the increase in investor interest in woodland and other lower value tracts, Zhang said. Low-quality land in central Iowa rose by 10.9%, fueling much of the increase in overall land values in that part of the state. In part that reflects the fact that the overall national economy is stronger than the agricultural economy, Zhang said.

Zhang said it is likely potential buyers will continue to closely monitor the trade situation as they consider farmland acquisitions in the next year or two.

Overall, the numbers tell the story. As has been the case in most recent years, Scott County recorded the highest average farmland price at $10,837. Sioux County in northwest Iowa was close behind at $10,297. The lowest figure came in Decatur County at $3,586. Wayne and Appanoose Counties were close behind at $3,815 and $3,758.

The figures by crop reporting district were: