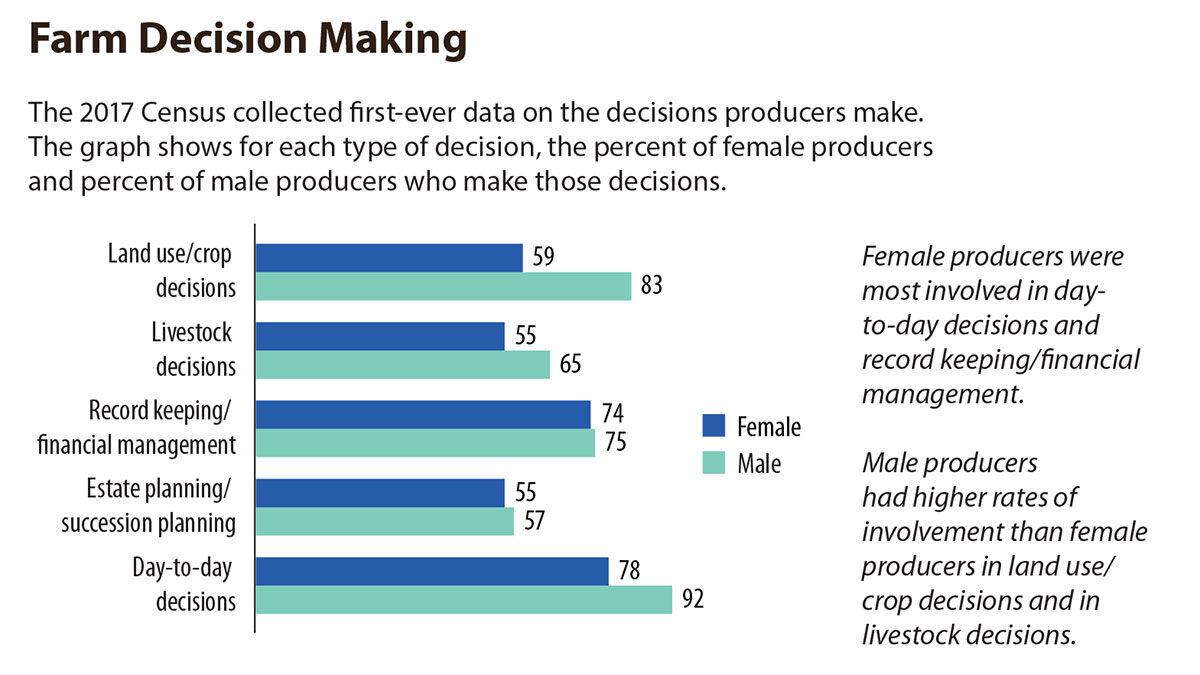 Women have always been involved in agriculture, but their role in the farm business has evolved over time.

“We are seeing a lot more women as the primary farmer,” says Madeline Schultz, Extension women in ag program manager at Iowa State University. “We are seeing more young women enter farming as a career.”

The numbers illustrate her point. The 2017 Census of Agriculture reported 49,085 women farm operators, representing 34% of all farm operations in the state. That is up from about 25% in the 2012 Census of Agriculture, although Schultz cautions that part of that difference may be explained by the fact that the census changed the way it asked the question.

But she says the change actually helped to recognize a trend that was already happening.

Gabrielle Roesch-McNally, Women for the Land Initiative Director for the American Farmland Trust, says the change simply shined a light on what was already happening.

“I think it was powerful that the ag census started to ask more questions,” she says, explaining that women had been becoming a larger voice in agriculture for some time.

That change really happened from both ends of the age spectrum, she adds. There are more women landowners, both among older widows and other women who inherited the farm. And there are more young women going into agriculture as a career.

That is reflected in the numbers at the College of Agriculture and Life Sciences at Iowa State, where 54.6% of the students last academic year were female.

A couple generations ago women were actively involved in most farm operations, but they were generally referred to as farm wives. Many of them did the books for the farm. A large number not only ran the household, but they tended a large garden and often were in charge of the chickens and the egg production. But their husbands were almost always considered to be the farmer in the family.

Today it is not uncommon for women to be making management decisions for farms, to be managing livestock buildings or to be the lone farmer in the business. It’s also not uncommon for both women and men in farm businesses to also be working off-farm jobs. Those off-farm jobs often make the farm business possible, both by providing a steady income and insurance (as well as other benefits). In some cases, the off-farm employment directly complements the farm.

The interesting situations today, Schultz says, are the young women who are farming with a parent or who are starting a farm business on their own. Too often in the past, she says, those women were never given that opportunity, even by their own parents.

That, Schultz says, is a change.

“It’s a different mindset,” she said.

Women are integral parts of the agriculture world.

Wanted: Harvest Help must have Class A CDL, and experience