And sometimes that means a sudden change in temperament of an animal you’ve worked with its entire life.

Eric Smith, a large animal veterinarian in Victor, Iowa, knows the consequences of not expecting the unexpected when it comes to livestock. He recounted the story of a friend of his, a more experienced colleague, who went in with a cow to help her deliver a calf. The vet knew this cow well, she had been shown at the fair and was used to being handled.

“He tried to slip a halter on her, but she took him down and broke some ribs,” Smith says. “(The cow) was not in a typical situation, and he took things for granted.”

That colleague was lucky to escape with only broken ribs. Interactions with livestock are consistently a leading cause of traumatic injury. These injuries are also often expensive and disruptive to the farm.

Recent research from Colorado found that livestock-handling injuries are costlier and result in more time off work than other agricultural injuries. In 2015, the most recent reporting year, the Bureau of Labor Statistics reported twice the number of fatal occupational injuries occurring on Iowa’s livestock operations as compared to crop farms.

Good handling facilities can help ensure both animal and handler safety. Smith recommends having a containment pen the animals are familiar with for sorting, plus an alley that allows animals to move efficiently from the containment pen to a chute that will restrain them.

“You need to have a plan, and an exit strategy is critically important in every situation,” he says.

Many handling injuries occur during work tasks that put animals in unfamiliar or uncomfortable situations.

“Whenever you’re introducing an animal to a new situation, you never really know how they’ll respond,” Smith says.

Often, handling livestock means encouraging an animal to do something that might be uncomfortable. Smith notes that handlers “not speaking the right language” is an underlying contributor to an injury.

“(The handler) is sending mixed signals, wanting them to go one place but discouraging them at the same time,” he says.

According to Smith, sometimes handlers thinks they’re communicating to the animal by making noise or being loud. Unfortunately, that might have the opposite effect.

“They might feel pressure and resist that pressure” by kicking or moving in the opposite direction, he says.

Smith notes animals will take cues from the handler: Aggressive handling can result in aggressive animal behavior. He encourages a slow and relaxed pace when moving stock so that they remain calm.

Also, because most farm animals are herd animals, they respond to new animals in the group or changes in the demeanor of other animals.

“How one responds can dictate how the rest respond,” Smith says.

The approaching fair season is an important time to review handling procedures, especially with youth who are showing animals.

“You want to help kids and be supportive, but kids need to realize that everything is new for the animals at a county fair where you have a range of animals and they’ve been worked with differently,” he says.

The fair setting has many potential distractions: other animals, new people with strollers carrying items like balloons and bright plastic bags, and the noise of crowds and loudspeakers. Smith particularly worries about kids who become complacent about their animals’ behavior.

“They develop a comfort with how animals act at home, and they don’t realize that the new situation may change things,” he says.

As with the experienced vet whose ribs were broken, complacency can be a “huge problem” at the fair and at home.

Smith says that while you can’t place a value on safety, it’s critically important.

“If you’re not safe, then you’re not available to care for your animals,” he says.

He notes the investment made in safer and more efficient handling facilities can have a major benefit in the future. Not only is the handler was safe, but injuries to the livestock can be prevented as well.

“We take chances sometimes in agriculture that aren’t really necessary,” Smith says. “We have to think about ‘what are the consequences of this,’ not ‘how fast can I get this done?’”

Agriculture has come a long way since the Rural Electrification Act led the way to powering up farms more than 80 years ago. Today virtually e…

PETERSBURG, Ill. — Haley Stewart was struck by a beautiful black and white photo of her husband’s Grandpa Jack driving a tractor.

Seed companies seem to keep on growing, and much of that recent growth seems to be in Iowa. A new Wyffels Hybrid facility will be sprouting up… 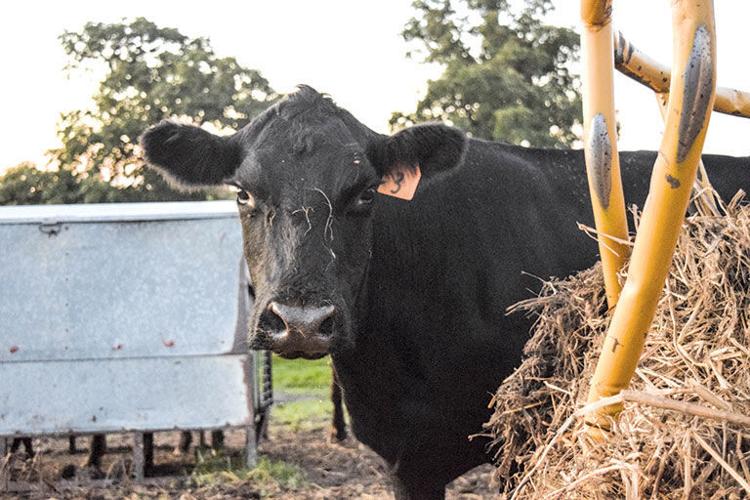 Farmers should be prepared for a sudden change in temperament in livestock. Good handling facilities can help ensure both animal and handler safety.