Under a tires-up 4-wheeler, in a dry gulley in a pasture surrounded by 8-foot tall corn, a quarter mile from the nearest neighbor and “half-a-mile from nowhere,” lay 64-year-old Daykin, Nebraska, farmer David Endorf.

Endorf should have been on the way to the local co-op’s customer appreciation lunch.

Instead, he was pinned, his leg wedged between a log at the bottom of the steep ditch and the ATV’s seat. No one knew where he was.

Through some stroke of luck, he was alive.

Endorf, who farms about 2,000 acres in Jefferson and Saline counties, doesn’t take for granted the factors that played into his accident and his survival.

He’d filled the sprayer tank on the back of his 4-wheeler that morning, loaded it on the trailer, and headed northeast of Daykin to one of his farms — a vacant farmstead with a lush 70-acre pasture — to spray volunteer locust and mulberry trees.

A couple hours later and a quarter mile from the farmstead, he was ready to break for lunch. He’d been working a stretch along the dry creek in a stand of mature oaks.

“At about 11:15, I started watching my watch, and I started thinking about how much I could spray — how much I could get done, how much I needed to do yet, how many minutes it’d take me to get to town,” he said. “The key is, I didn’t have my mind on what I was doing.”

Deciding to quit and get out of the brushy area he’d boxed himself into, “without looking, I backed up and dropped the rear wheel off the side, and me and the 4-wheeler and sprayer all rolled down the bank.”

That bank has a 60-degree slope and a 7-foot drop.

The roll threw him partly away from the machine against the bottom of the opposite bank. His left shoulder, hip and head took the brunt of the impact. He doesn’t recall being knocked out.

“I took a little inventory: I wasn’t bleeding; I didn’t feel like I had any broken bones; I definitely had a sore shoulder, hip. My side hurt kind of bad, but I was alive,” he said. “I had to find my glasses, and I found my glasses. I had to get my hat on.”

But he was trapped under 600 pounds of equipment and isolated.

“You could shout all you wanted to out here, and nobody would hear you,” he said. He couldn’t move the ATV.

Among the many “fortunatelys” Endorf counts, his cellphone, worn at his belt, took a hit too but somehow remained functional, albeit now with a cracked face and a slight bend.

He thought about calling his wife, “but what’s she gonna do?”

Then he remembered his neighbors, Bob Endorf and his son Drew (distant cousins), were going to the same lunch. He also knew he needed one or two strong guys who could lift the front of the machine.

“Bob and Drew are on the fire department and ambulance squad, so I figured if I needed some medical assistance by the time they got here, they could help me to a certain extent, at least,” he said.

“I told them what kind of predicament I was in and asked them, ‘Do you think the two of you can lift this thing off me?’ They said, ‘Well, we’re sure gonna try!’”

For 20 minutes, Endorf navigated them by phone to the farm where he was, and using a fenceline as a landmark, the quarter mile to his location in the pasture beyond the cornfield.

“I was in a very hidden place,” he says.

Walking the fenceline, or even a few feet from the vegetation-covered bank, you couldn’t spot him. Eventually, they heard each other’s voices.

‘How did you survive?’

Bob and Drew lifted the front of the machine so Dave could free himself. They were incredulous he’d survived.

They helped him up the bank and back to their trucks, and in celebration — mission accomplished — the three went to the co-op for that good barbecue lunch.

“What else was there to do?” Endorf’s laugh reveals his obvious gratitude. “We were hungry, we went back up to the dinner!”

Later, he and his wife Colleen took a skid loader to pull the ATV out.

“When she first saw where that 4-wheeler was, she just burst into tears. She said ‘How’d you ever survive that?’ It was quite emotional for her.”

Endorf hopes others will learn from his experience.

“I didn’t have my mind on what I was doing, that’s the real key,” he stresses.

The factors contributing to his surviving are a litany of good fortune and lessons. Fortunately, his cellphone survived the impact. Fortunately, there was service in that location — not the case in all rural areas.

Fortunately, his injuries — severe bruising, a painful shoulder that may have included a cracked collarbone, but no head injury — were no worse. Only the year before, he’d undergone a cardiac procedure that allowed him to discontinue a prescribed blood thinner.

“I was able to get off [blood thinner], which probably saved my life here, because I probably would have had severe internal bleeding. Fortunately,” Endorf concludes, “I’m here to tell my story.

“I’ve gotten better since then, letting my wife know where I am because if I had been unconscious or seriously hurt or my cellphone did not work, she wouldn’t have come to look for me until it got dark or until suppertime — at least 8 to 9 hours later.

“It would have been a mighty long day out where I was without water, without food. Would I have survived? Who knows, it depends on what my injuries would have been. As it turned out, I was extremely lucky, extremely fortunate.

“I thank the good Lord for that, and so I’ve learned to appreciate life a little bit more, and we go on from there.”

Endorf’s story is part of Telling the Story Project at www.tellingthestoryproject.com. If your experience could help others work safely, we’d like to hear from you.

Stephanie Leonard is an occupational safety manager. Contact her at stephanie-leonard@uiowa.edu.

U.S. Secretary of Agriculture Tom Vilsack used his first press conference as secretary to announce the USDA would invest $42.3 million to help…

Elsa Schmidt can remember when she was one of the few women teaching agricultural classes in Iowa.

Editor's note: The Triumph of Ag Expo has been cancelled for 2021.

The Wallace family is well known to many in agriculture based on their leadership in publishing and government in the early 1900s.

Henry C. Wallace and his son Henry A. Wallace both served as United States secretaries of agriculture, with the latter going on to serve as U.S. vice president and secretary of commerce.

CEDAR FALLS, Iowa — The Hawkeye Farm Show is set to run March 3-5, with more than 250 exhibitors featuring over 1,000 agricultural products an… 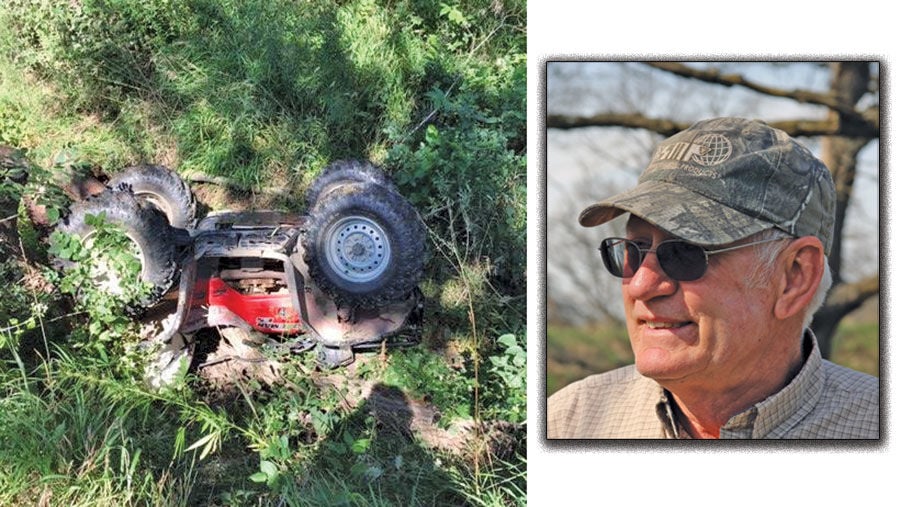 Many factors contributed to David Endorf surviving an ATV rollover in a remote pasture. Fortunately, his cellphone survived the impact and there was service in that location — not the case in all rural areas.