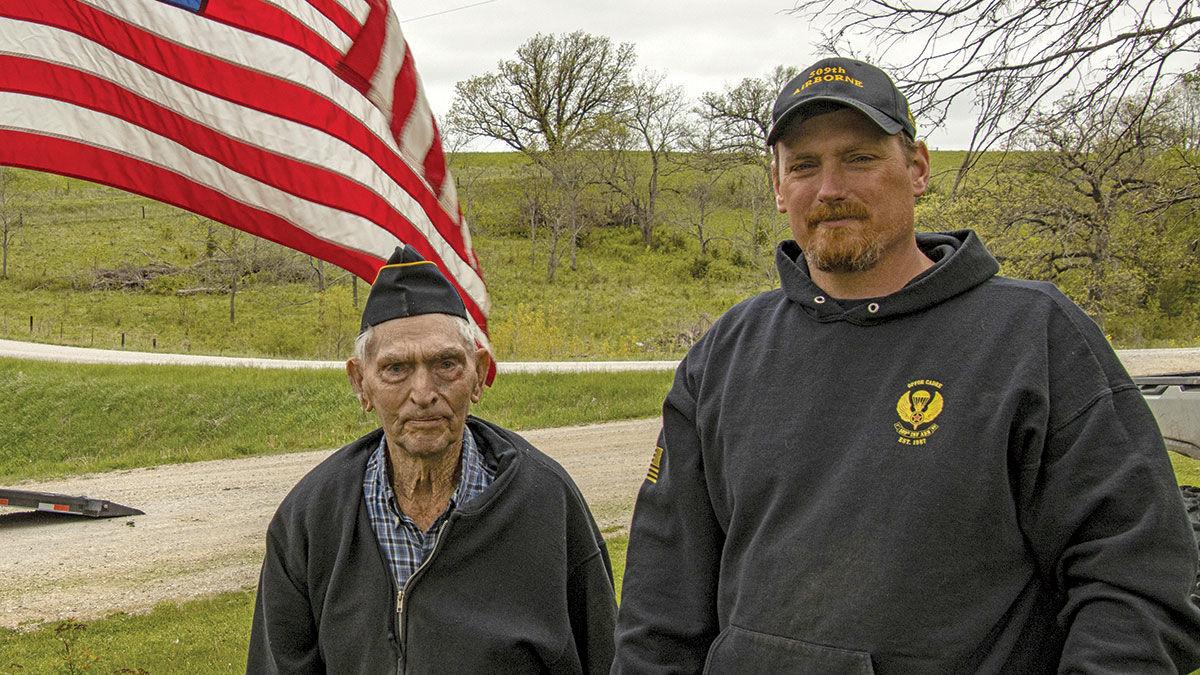 Cal McCurdy and his grandson Aaron both served overseas in the military, and both eventually returned home to farm in southwest Iowa. Cal joined the Navy near the end of World War II, while Aaron served in the Army in Iraq, where he was awarded the Bronze Star. 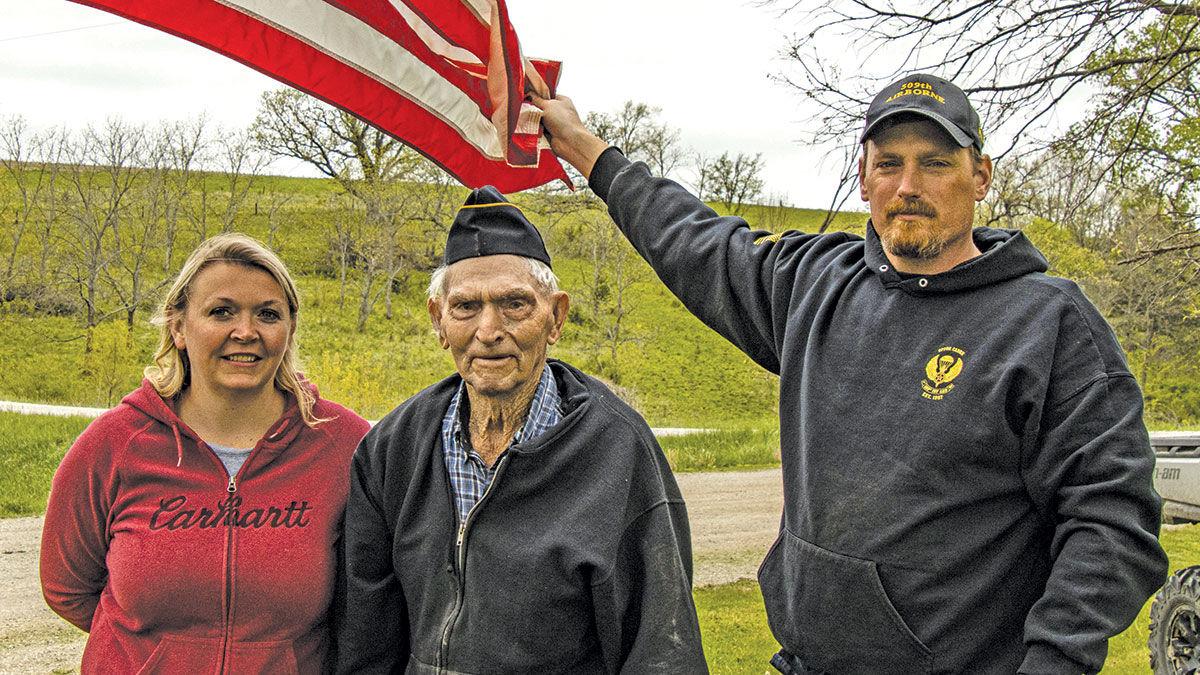 Cal McCurdy and his grandson Aaron both served overseas in the military, and both eventually returned home to farm in southwest Iowa. Cal joined the Navy near the end of World War II, while Aaron served in the Army in Iraq, where he was awarded the Bronze Star.

BRIDGEWATER, Iowa — Aaron McCurdy knew all about his grandfather’s military service when he decided to join the Army prior to his senior year in high school.

“I thought he was crazy in the head when he wanted to join,” says Cal McCurdy, his grandfather. “But I’m proud of him. He’s a good man.”

Cal, 92, left his family’s southwest Iowa farm and joined the Navy in 1945 at the age of 17, not long after he graduated from Cumberland High School. He spent time in Japan, Korea and China, and his LSM (Landing Ship Medium) sailed past the USS Missouri as the peace treaty with Japan was signed on Sept. 2, 1945, bringing the war to an end.

“That was really something,” Cal says. “I remember all the flags and the officials on deck. And the size of that ship was pretty impressive.”

He followed his brother Cecil into the Navy. As a motor machinist 1st class, Cal and his crew were responsible for collecting and purifying water, as well as maintaining the ship’s motors.

“I signed up to do it, and Cecil did the same thing,” he says. “I think some of the things we learned on the farm helped us out with that job.”

Cal was discharged in August 1946. When he came back to the Midwest, he worked in Omaha for a company that collected blood from pigs to help develop a serum for hog cholera.

Eventually, he decided city life was not for him, and returned home to Cass County to farm with his father. He and his wife Wilma were married April 22, 1950, and in 1959, they purchased their own farm near Cumberland.

“The FHA guy came for supper and asked if we could take care of this farm,” he says. “He tells us that it’s full of cockleburs as high as our head — and I was a lot taller back then. Wilma says she could make it work, and I agreed. That’s how we bought our first farm.”

Eventually, Cal would farm with his son Mike, who usually had his son Aaron with him.

“I liked following them around,” Aaron says.

He joined the Army between his junior and senior years of high school, and after graduation, shipped off for basic training on June 4, 1999.

“This was a way for me to get started on my own,” Aaron says. “I really didn’t want to farm, and I wanted to get away and figure things out.”

Aaron served nearly 10 years, leaving the service on May 3, 2009. He initially was part of the 22nd Signal Brigade, where he served as a light wheel and vehicle mechanic and worked primarily on Humvees.

Eventually the unit headed to Iraq ahead of the U.S. invasion in March 2003. They helped set up a victory base in Baghdad, and after that first tour, Aaron reclassified as a cavalry scout.

“I was sick of working on Humvees and I wanted to start breaking them,” he says with a laugh.

He returned to Ft. Polk in Louisiana for two years, then was sent to Ft. Bragg in North Carolina to train to become an airborne cavalry scout with the 82nd Airborne. The unit was sent to Iraq in January 2007.

By this time, Aaron held the rank of staff sergeant, with 12 soldiers in his crew. The unit conducted raids, frequently seeing combat.

After his tour, Aaron was awarded the Bronze Star for his service.

“It wasn’t for valor, but for my service there,” he says. “But I appreciate it.”

While Aaron was in the service, he met his wife Trish, who also served in the Army. They met while both were stationed at Ft. Polk.

Aaron worked in North Carolina after his discharge, but decided farming was still in his blood.

“I remember when his folks went down to get him,” Cal says. “They said, ‘oh by the way, we bought you 30 heifers and there’s a note at the bank for you to sign.’ That was his welcome to farming.”

Aaron and Trish have three children, and Aaron says their 11-year-old son is really interested in the military.

“I’d be supportive if he wanted to join because it’s an experience you can’t get anywhere else,” he says. “But he’s only 11. We’ll see how he feels when that gets closer.”