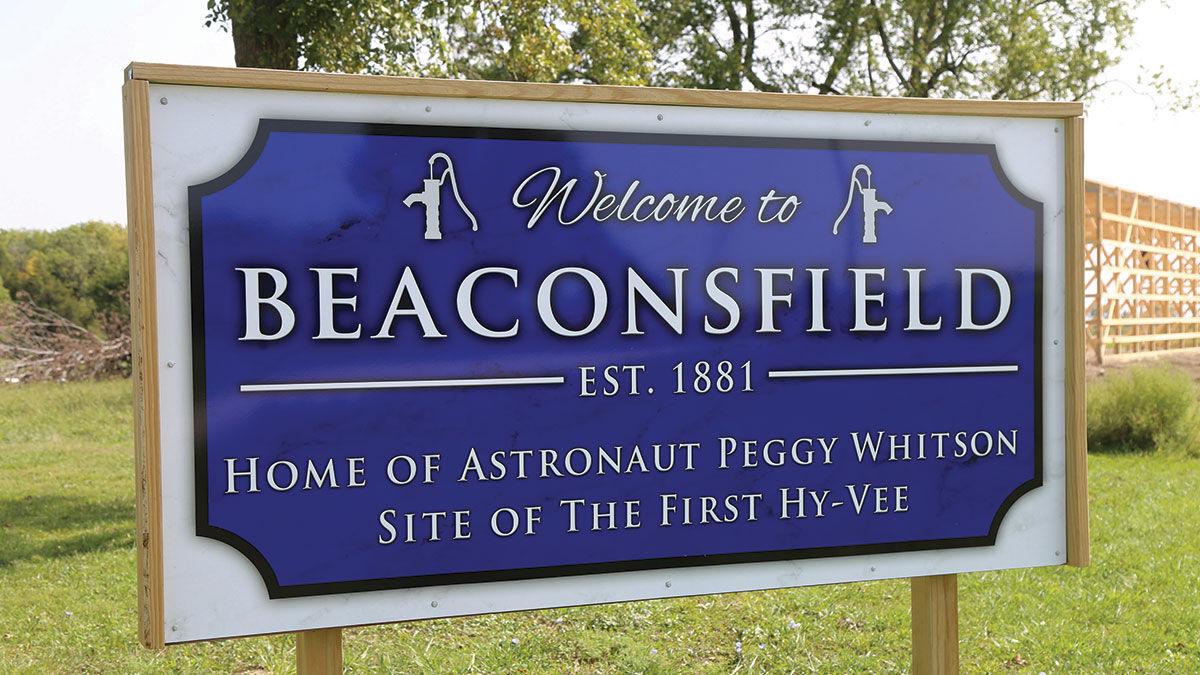 The rural Iowa community of Beaconsfield may be small, but the southwest Iowa town has two big claims to fame: the birthplace of the Hy-Vee grocery chain and the hometown of astronaut Peggy Whitson. 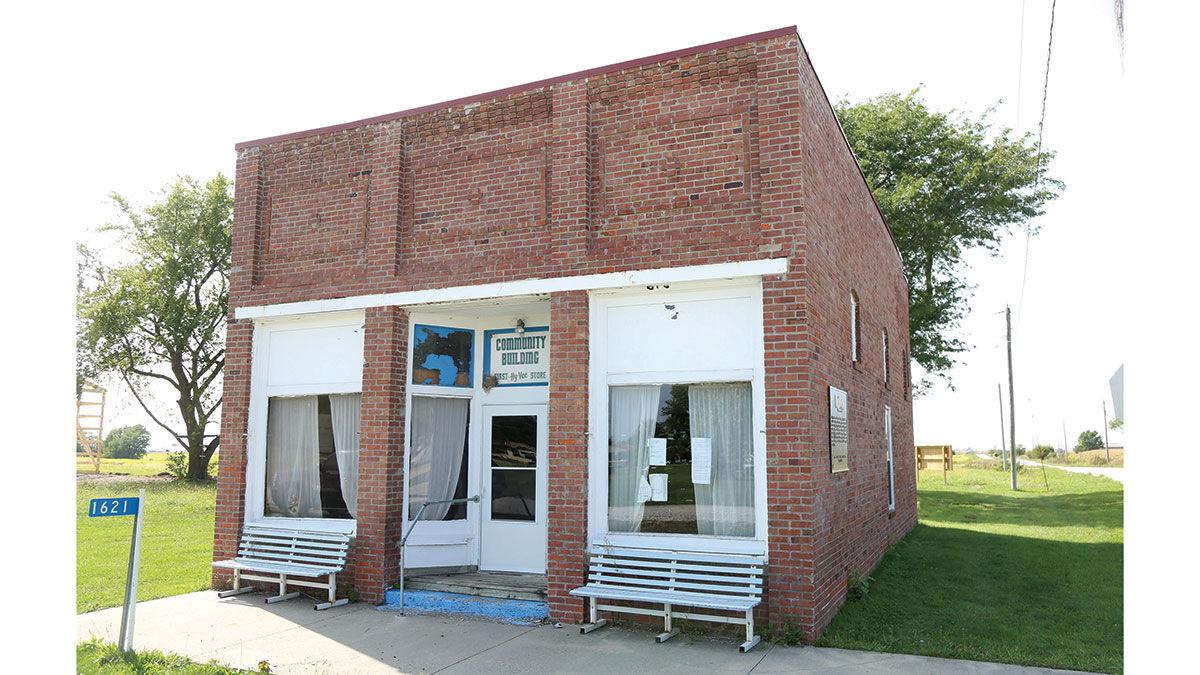 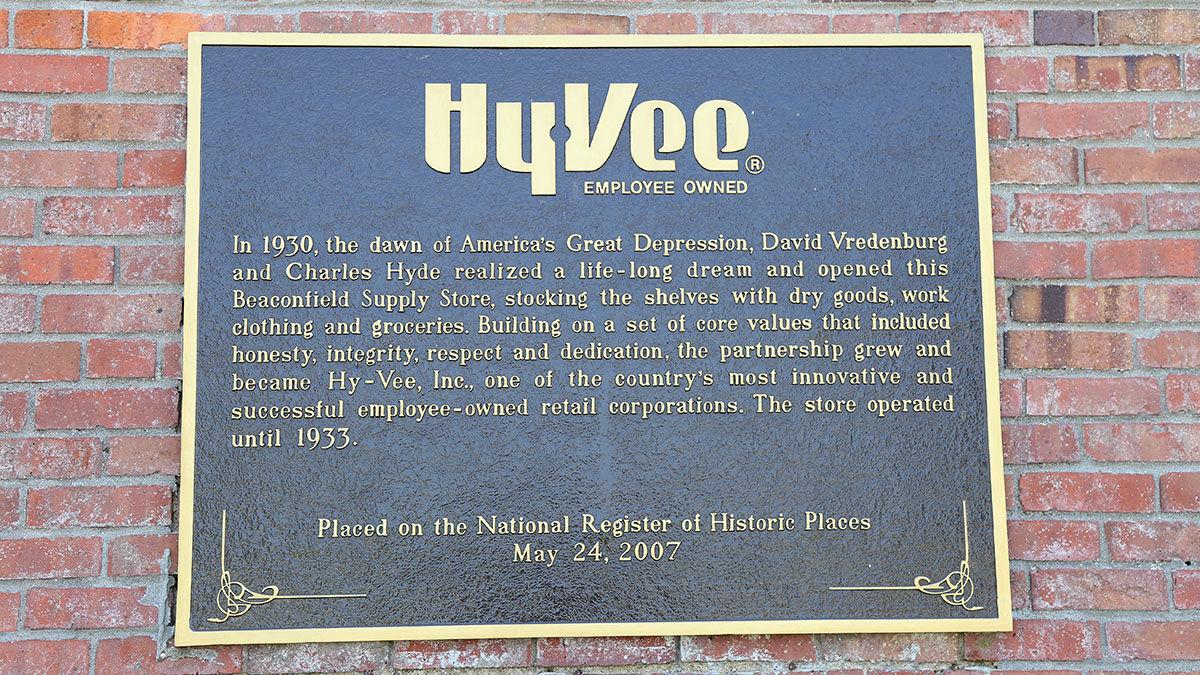 The rural Iowa community of Beaconsfield may be small, but the southwest Iowa town has two big claims to fame: the birthplace of the Hy-Vee grocery chain and the hometown of astronaut Peggy Whitson.

BEACONSFIELD, Iowa — Mike Neessen says his small community has a big story to tell, and he believes that story will bring people to this Ringgold County town.

Neessen is one of three members of the city council in Beaconsfield, a city with only 15 residents counted in the 2010 Census. That tied it with Le Roy as the smallest incorporated city in Iowa.

Neessen and several community residents are working to restore the building that is the birthplace of Midwest grocery giant Hy-Vee. The Beaconsfield Supply Store was opened in 1930 by Charles Hyde and David Vredenburg, and the building was added to the National Register of Historic Places in 2007. The store closed in 1933.

Beaconsfield is also the hometown of astronaut Peggy Whitson. She grew up on a farm near here, and according to

NASA has accumulated 665 days in space — the most of any American astronaut.

A new sign was recently erected to remind visitors of the community’s historic claim to fame.

Work has been slow on restoring the Hy-Vee building, says council member Bob McLead. He says while most of the building is in decent shape, the west side needs extensive work.

“We really need to get the work done on it before we have a worse problem,” he says.

City clerk Ryan Garbe says the city has been in contact with Hy-Vee, and the company is enthusiastic about the project and has offered to help.

“They’ve been very good about it, even replacing the roof a few years ago,” he says.

Garbe says in order for the community to apply for grants, a certified local government is required to sponsor the effort.

“Ringgold County is doing that now, so they can apply for grants and funding on our behalf,” he says.

“We have been trying to find some photos of the store when it was running,” he says. “Hy-Vee does not have any. We think the museum would have some memorabilia from Hy‑Vee, and hopefully we can get some donations to display.”

The building could also house a display dedicated to Whitson and her lengthy career with NASA, which included several years as chief of the astronaut corps.

During her last mission to the International Space Station, which lasted from November 2016 to September 2017, Whitson “contributed to hundreds of experiments in biology, biotechnology, physical science and earth science, welcomed several cargo spacecraft delivering tons of supplies and research experiments, and conducted a combined six spacewalks to perform maintenance and upgrades to the station,” according to

NASA. She also participated in four other spacewalks, bringing her career total to 10.

Beaconsfield was incorporated in 1881, growing along with the Humeston & Shenandoah Railroad that passed through town. But like many towns, once the railroad moved, the people went with it.

Neessen says the community saw a bit of growth a few years ago, but has stayed at the 15 residents level. The city does receive property taxes and benefits from a countywide local option sales tax.

“We’re just trying to keep the streets up and the street lights on,” McLead says. “We think we have potential to produce some revenue and bring people to town. We are close to Creston, Osceola and Lamoni, and we believe we have a very nice town.”

He also included the city’s park as another attraction. Events such as ice cream socials could bring revenue into the community, along with the potential museum.

The city also recently developed a website, beaconsfield iowa.com, and Facebook page, facebook.com/tinytowniniowa, to assist with fundraising and educational efforts.

“We really think that will provide some revenue for the community,” he says. “We need to fix the building first, and then take it from there.”