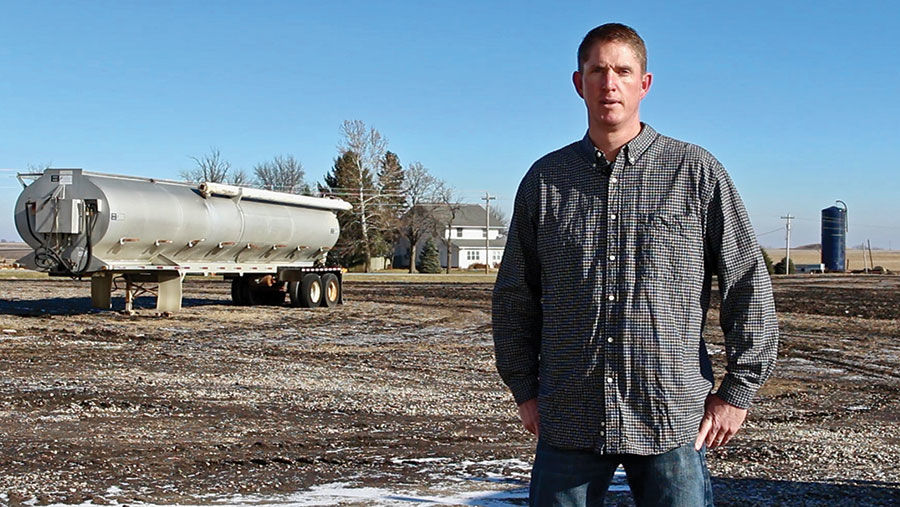 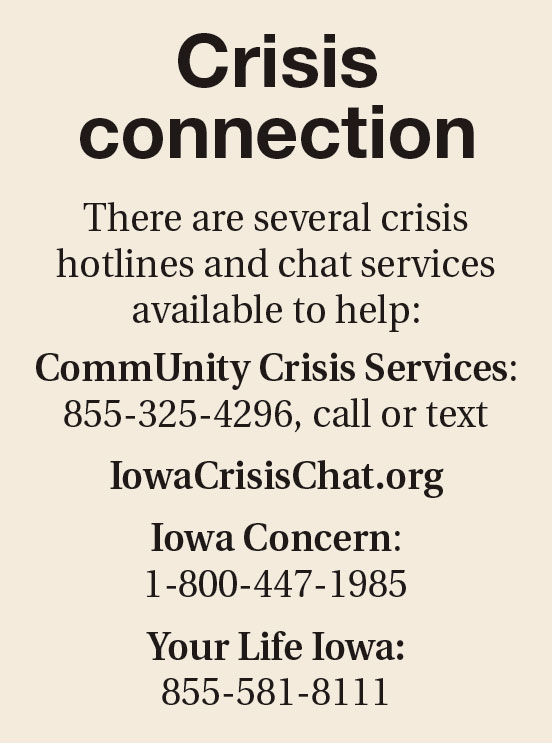 According to the Center for Disease Control, suicide remains a key public health challenge and a top 10 cause of death nationwide. In rural areas, suicide rates are higher than in urban settings, and the gap between the two has only widened over time.

Among rural residents, farmers have been identified as a group that is at especially high risk of suicide. According to CDC data, presented by the American Foundation for Suicide Prevention, men die by suicide more than three times as often as women, and white men accounted for seven of 10 suicides in 2016, with middle-aged white males being at the highest risk.

These demographics are similar to the farming population. Add to that the volatility of farming — with high risks and low profit margins, sometimes lonely working conditions, and the access to harm (such as firearms) on most farms — and it makes sense that farmers have become a focus of suicide prevention efforts.

Ryan Nesbit is co-chair of Iowa’s Chapter of the American Foundation for Suicide Prevention. “I’m very worried about farmers,” he says.

Nesbit has first-hand knowledge of rural suicide. He and his best friend, Rodger, grew up on farms in northeast Iowa, near Dunkerton. In 1991, at age 15, Rodger took his own life with a firearm.

For most of his adult life, Nesbit has worked tirelessly to bring suicide prevention strategies to communities across Iowa.

According to Nesbit, farmers fall into the high-risk suicide category.

“The stereotypical men — older, stubborn — they say ‘it doesn’t affect me,’ and try to take it all on themselves, and then they’re gone,” he says.

He helps educate people across the state about suicide warning signs. He points out that changes in behavior, such as someone who is very social becoming isolated or sleeping more than usual, are a clue.

“If there’s a farmer you know that usually comes and gets coffee every morning at the gas station, and that person starts missing, or they’re acting different,” those can be signs of distress or depression, he says.

In addition, people considering suicide often talk about it, such as by saying they “don’t want to be here anymore,” or they may start giving away their possessions.

Nesbit recognizes how difficult it can be to talk about suicide, but says that communication is an important prevention strategy if you see warning signs.

“If you think someone is considering suicide, ask them directly,” he says. “That shows a huge level of care, and it doesn’t make them think about suicide because they already are.”

If talking directly about suicide seems uncomfortable, there are resources to help bystanders build skills. One of these is QPR Gatekeeper training. QPR stands for Question, Persuade, Refer. Just as bystander training in CPR and the Heimlich maneuver has saved lives, QPR gives community members and loved ones the tools to talk directly about suicide and prevent a death.

Bystanders, or “gatekeepers” in QPR language, can be anyone in the community. Sara Sedlacek, communications and development director for Comm- Unity Crisis Services (formerly The Crisis Center), a statewide agency located in Johnson County, Iowa, agrees with the difficulties of communicating about suicide, especially in farming communities.

“People in rural areas tend not to talk about their behavioral health issues, especially in Iowa,” she says. “We have a culture of ‘lift yourself up by your bootstraps.’ It’s very difficult for people to open up.”

But she explains that anyone who comes in contact with a suicidal individual can be an effective gatekeeper. She and the staff at CommUnity Crisis Services recognize that in close-knit rural communities, there are many people who can serve as gatekeepers. They are piloting a program with a grain cooperative in Cedar County, Iowa, to conduct QPR trainings for area residents.

“We’re hoping it goes well so we can look at other co-ops and do QPR training for co-op staff and community people who would come into contact with farmers,” Sedlacek says. “This would include pastors, possibly teachers, maybe the waitress at the local coffee shop.”

The QPR trainings are in line with the CDC’s recognition that suicide prevention is a community-wide responsibility. Sedlacek says.

“One of the things we talk about a lot is that it takes a community,” she says. “Not to just recognize the signs, but to ask ‘are you OK?’”

In addition to interpersonal interactions, the CDC reports protective factors include stable housing systems and mental health services, as well as community engagement activities, bystander training availability and crisis intervention services. Although the topic of suicide can be uncomfortable, it is also empowering to community members to know that their actions can have a positive impact.

There are several crisis hot-lines available to people considering suicide, as well as to family members or friends who are concerned about someone.

Suicide is a complicated topic, and it can be difficult to know what to say if you encounter someone who might be considering taking their life. But, as Sedlacek says, “Sometimes asking that question, and showing that you care, can do all the wonders in the world.”

For more information about QPR or crisis services go to www.i-cash.org or https://www.communitycrisis.org/.

Brandi Janssen, PhD, directs Iowa’s Center for Agricultural Safety and Health at the University of Iowa.