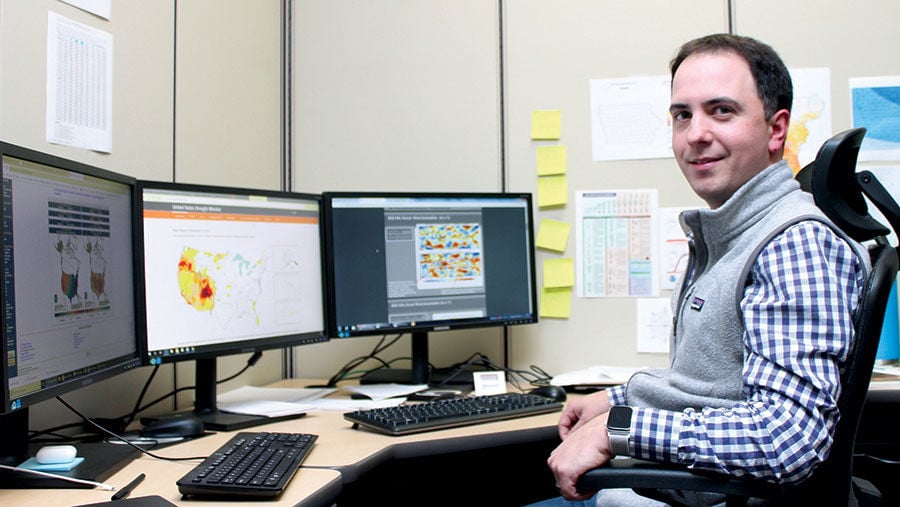 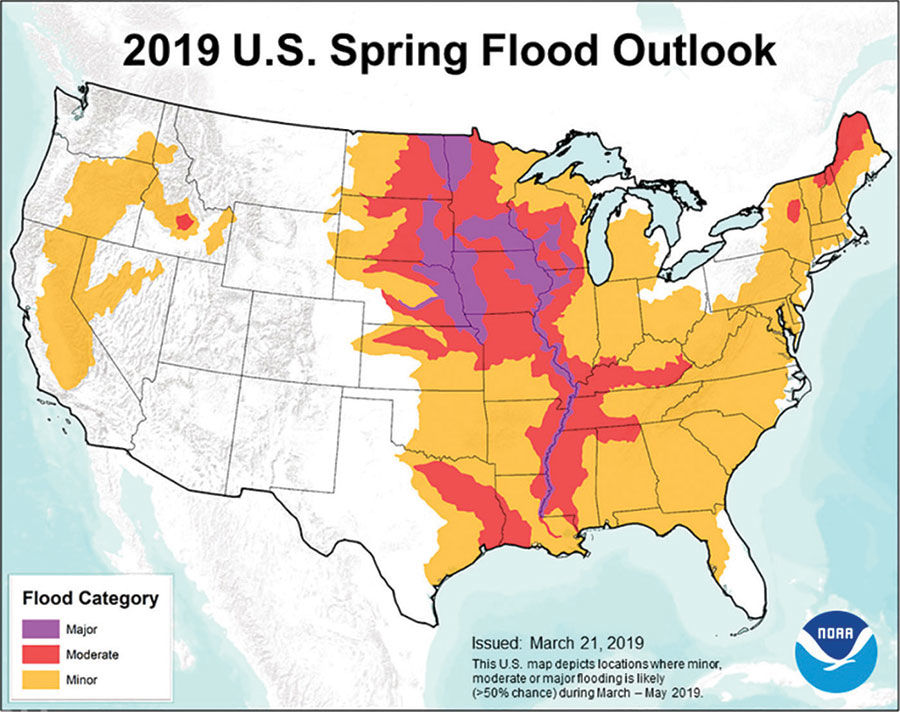 Ground in the Midwest was saturated coming into the spring, and the widespread flooding predicted in March has hit Midwest farmers hard.

DES MOINES — The last year has clearly been one of extremes for farmers across Iowa, Illinois and Missouri.

The past 12 months have been the wettest in the 124 years that statisticians have been keeping count, according to Iowa's State Climatologist Justin Glisan.

With that in mind, it shouldn’t be a big surprise that major flooding has occurred during that time.

The bigger question is whether this is some kind of new normal.

Glisan and other climatologists and meteorologists can’t really tell what will happen next year or the year after, but they can at least give an idea of the odds. And the odds tell them you can expect more extreme weather — and that likely means more floods.

“Over the last five decades we’ve seen more major (weather) events,” says Don Wuebbles, a professor of atmospheric science at the University of Illinois. “There has been a sharp increase” in such large events, and “this year has really peaked.”

Glisan doesn’t get into the politics of climate change debates. He simply says the statistics show Iowa is seeing an increase in temperatures over time. That means more water vapor-holding capacity in the air, which in turn means the area is more prone to precipitation events. And he says there is little doubt Iowa and the Midwest are seeing more intense precipitation events.

The irony is that the flooding of 2019 isn’t, for the most part, due to any one intense event. Much of the problem is simply that the state has seen 12 consecutive months of wet weather.

The exception was the few days that led to the major spring flooding on the Missouri River this March.

Glisan says the ground in the Midwest was saturated coming into the spring. The rivers were already full, and there was plenty of snow on the ground. Then a so-called “bomb cyclone” hit the area on March 12-14. Temperatures suddenly shot up dramatically, causing a large amount of snow melt. And heavy rains also came down.

That heavy rain and snow melt couldn’t soak into the saturated and frozen ground. It all ran off.

“It was a lot of water,” Glisan says.

The good news is that June has shown signs of a break in the wet weather. Still, the numbers for the last year in Iowa are sobering. The 2018 calendar year was actually cooler than normal, but precipitation totaled 45.08 inches, or 9.81 inches more than normal.

The wettest calendar year on record in the state was 1993, when massive flooding caused wide-spread damage, especially in Des Moines and areas south along the Mississippi. Rainfall that year was roughly 48 inches. The average annual rainfall for the state is 35.27 inches.

That fall was followed by a warm early winter, but February hit hard. It was the snowiest February on record in the state. And the spring continued wet. May, for example, was the sixth wettest on record.

So far this year the state is trending cooler and wetter than average.

For farmers, all those figures meant a difficult planting season, according to Iowa State University agronomist Andy VanLoocke. Many farmers are likely starting to consider how to change their cropping plans.

If more extreme weather is going to be the norm, that means some crop rotations may change, conservation practices may be more necessary, and some changes in maturity of plant varieties may become more important.

And all of it means those 500-year floods may be coming a lot more often than every 500 years.

This story package delves into the farm and community repercussions of the Flood of 2019, includes a look back at the benchmark flood years of…