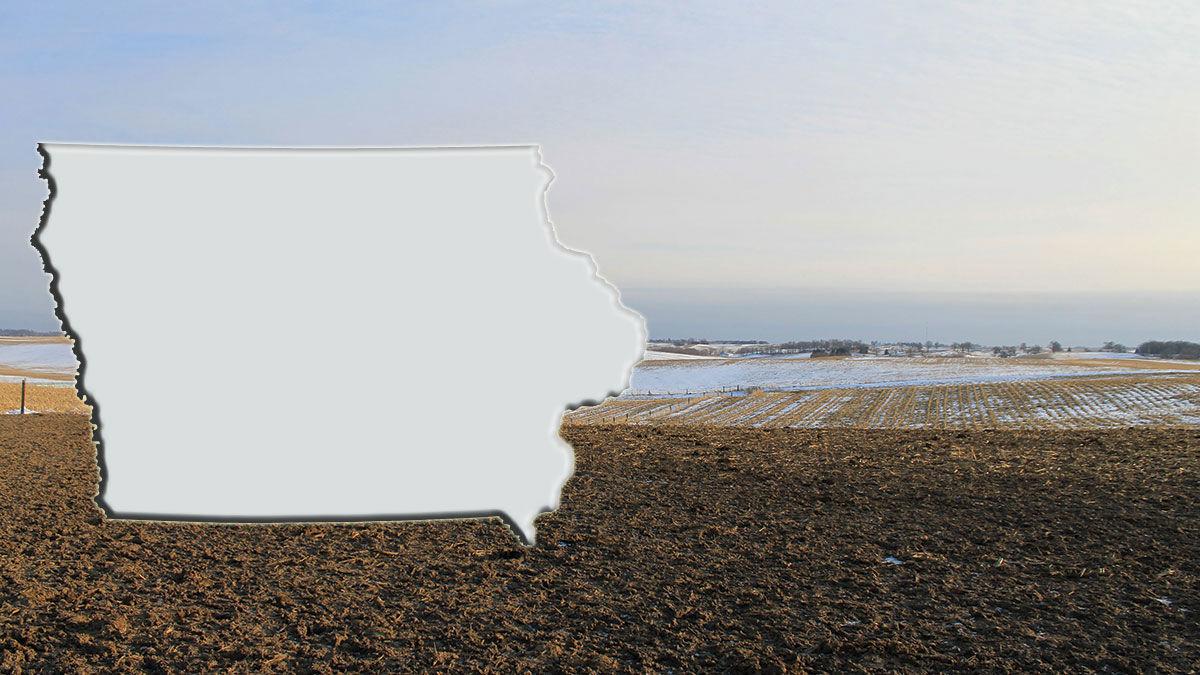 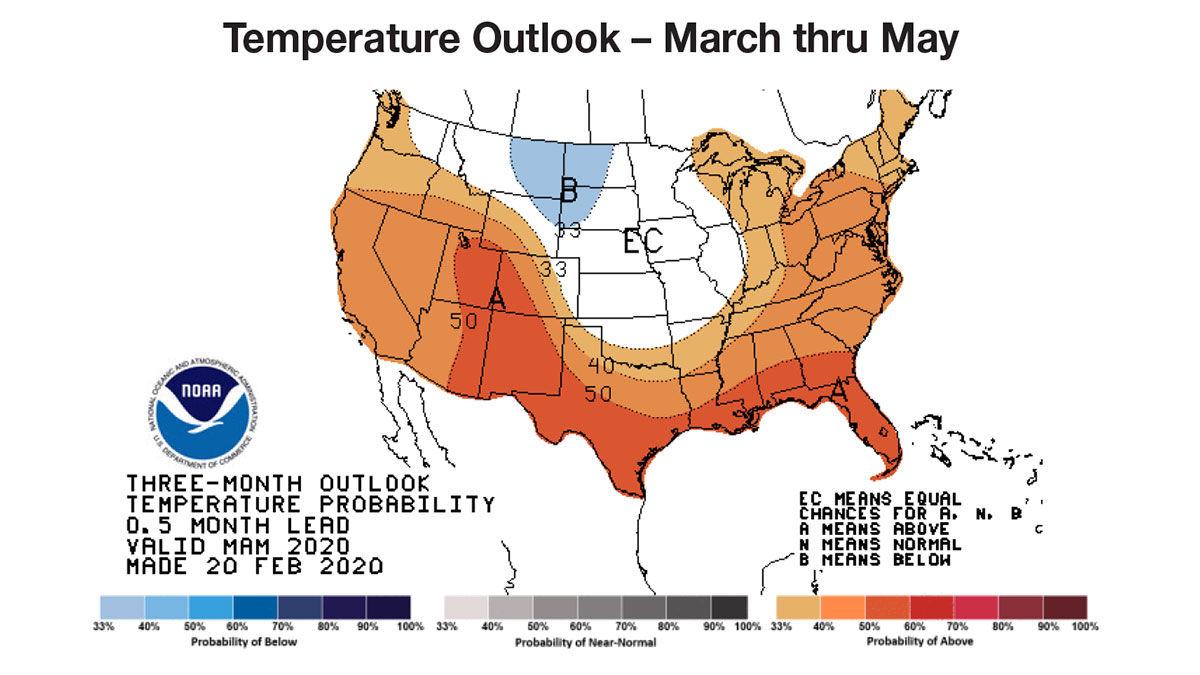 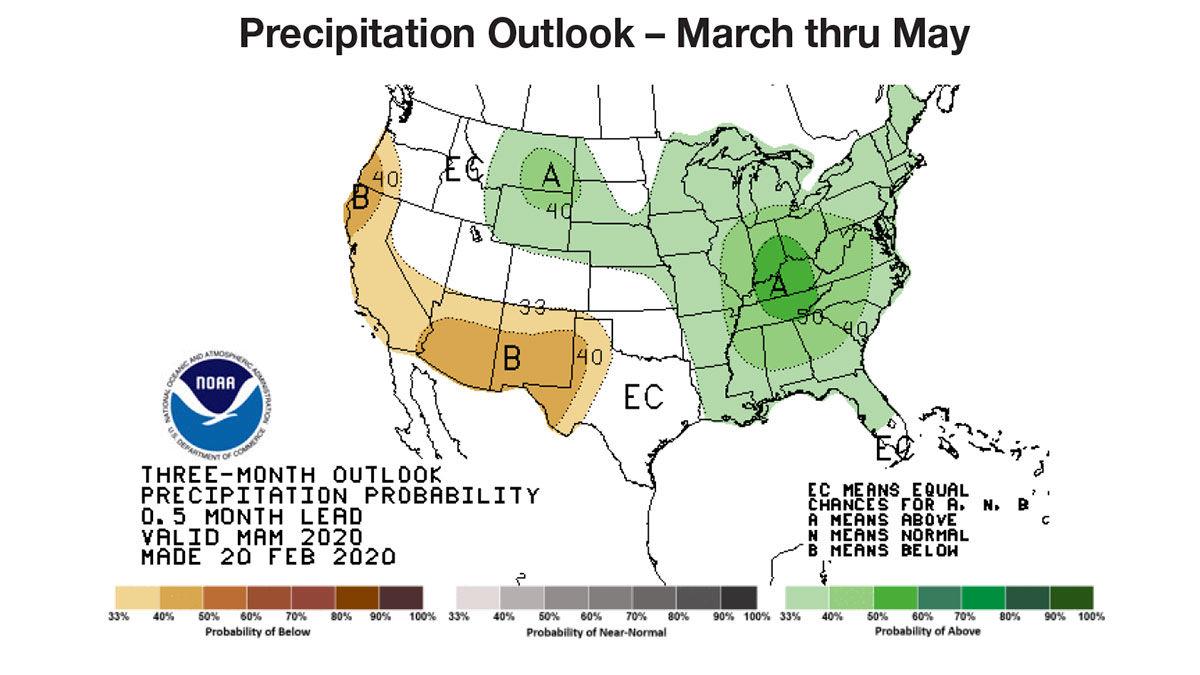 Despite a dryer-than-normal February, expectations for the 2020 growing season shouldn’t change.

Daryl Herzmann, a systems analyst with Iowa Environmental Mesonet at Iowa State University, said any conclusions drawn about February’s lack of moisture do not mean much overall.

“February is already a dry month to begin with on average,” Herzmann said. “Having it be dry in February doesn’t really move the needle as much as, say, the amount of precipitation we see in March and April.”

The dryer February does mean there were fewer rains over frozen ground and possibly less snowpack to melt in some areas, he said. That could help lessen flooding depending on precipitation conditions yet this spring.

“Since we’ve been getting sort of lucky these past couple weeks, we aren’t out of the woods yet, certainly, but it isn’t looking as dire as it used to,” he said.

The National Weather Service’s three-month outlook appears to support that.

The long wave pattern, the flow of air over the continental U.S., has been smooth, with Iowa right in the middle of warm and cool weather. That can create a “seesaw” effect where there are periods of cold and wet that can shift to mild and dry quickly, Herzmann said.

“We were cold and wet last fall, then it got mild and dry for much of the winter,” he said.

“You’d expect that we’d seesaw back and get a cold and wet period in April again. It’s just not showing up in the models right now. It’s entirely possible that we sneak out of winter and into spring without any more winter weather.”

He said unknowns in the forecasts make planting prospects tricky. Models show the possibility of decent conditions early in April, but he isn’t sure.

mann said. “It has been so mild the past couple of months, and with the natural variability to cycle back to a cold period, I would suspect we’d be back in a wet and chilly May situation.

“If the right situation breaks, we could have the craziest thing we’ve imagined: I don’t know what farmers would do with themselves if they could get everything planted by the first week of May.”

While there is still debate on the causes, climate change is a reality. And farmers will likely feel the effects for years to come.