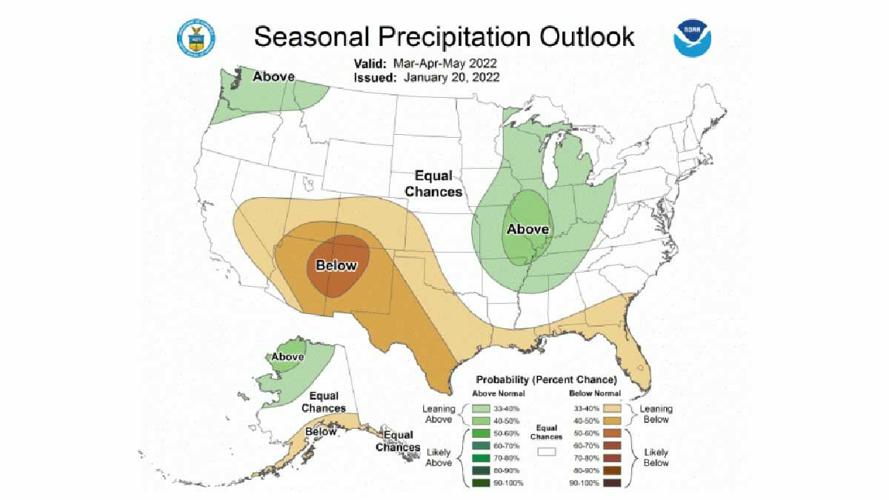 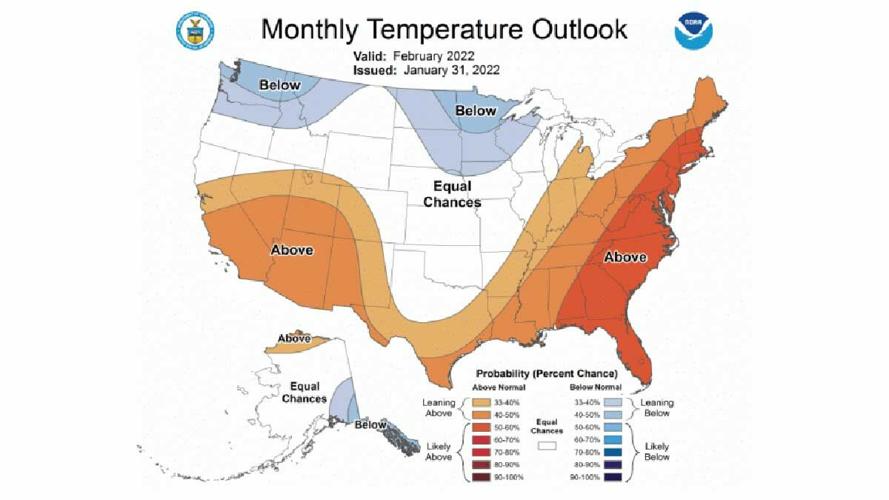 As we move into the final month of meteorological winter, outlooks for February continue to show a classic La Niña signature across the United States.

On the temperature side, above-average probabilities for warmer temperatures are found across the East Coast and throughout much of the Sun Belt states. Elevated chances of colder than average temperatures are located over Minnesota, much of the Dakotas and into the Pacific Northwest. Iowa happens to be in the middle of the configuration and hence, has equal chances of being above/below/near-average.

The La Niña pattern is also evident in the precipitation outlooks, with elevated chances of wetter conditions in the Ohio Valley and Great Lakes and through the upper Midwest. Again, most of Iowa is classified as “EC.”

Shorter-term outlooks into the middle of February suggest a transition to higher probabilities of unseasonably warm temperatures with a persisting dry signal. As of early February, much of Iowa is experiencing below-normal snowfall with only southeastern Iowa receiving above-average accumulations. Iowa’s western third has snowfall deficits on the order of 6 to 12 inches with 4 to 8-inch deficits for the rest of the state.

Most of Minnesota, North Dakota and northern Wisconsin are showing above-normal totals, which could have implications for spring flood potential in the Mississippi basins.

Seasonal outlooks for February-March-April show a similar pattern to February with a westward shift of slightly elevated chances of wetter conditions over Iowa’s eastern half and EC for temperature behavior.

Shifting the seasonal outlooks by one month to March-April-May suggests a comparable setup for precipitation with a northward shift of slightly elevated chances of warmer temperatures across the southern quarter of Iowa.

Currently these outlooks combined with drier soils over most of the state do not indicate any spring field work issues at this time. With these outlooks, slightly drier soils may be the more likely scenario than wet soils. The increased precipitation chances for eastern Iowa are quite small at this point.

Get the daily forecast and severe weather alerts in your inbox!