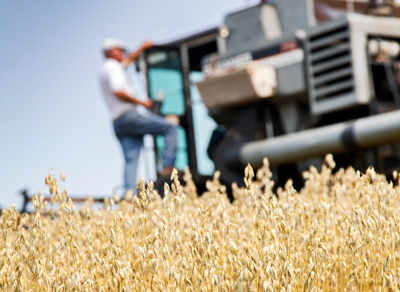 The rural idyll of Avella lies 35 miles southeast of Pittsburgh in the rolling fields of the Appalachian plateau. The tiny railroad town is surrounded by miles of valuable farmland, made so by the high-quality topsoil. The last 200 years in Avella has seen the boom and bust of grist mills, railroads and coal mining, but farming has always thrived. Evidence of a 19,000-year-old prehistoric rock shelter in the area shows just how long this land has drawn people seeking out a place to settle.

The Tudor family felt this pull in 1986 when they bought a 102-acre piece of land that would become Weatherbury Farm. The farm is named for the setting in Thomas Hardy’s Victorian romantic novel, “Far from the Madding Crowd.”

“It is a quiet place, far from the madding crowd, removed from the cares of the world,” states the farm’s website, and driving onto the property, it feels like it’s a place set apart in time.

Up the drive, past a collection of antique Land Rovers waiting to be brought back to their full glory, sits a stately farmhouse and several small barns. Chickens, cats and dogs greet newcomers, and Dale Tudor and his son, Nigel, can often be found repairing farm equipment or bringing in the latest harvest. “I think it’s cobwebs behind the main panel,” says Nigel, assessing a defunct combine in the driveway while a barn cat winds around his legs. “We always end up figuring it out,” replies Dale.

Estate grains, and the last of its kind

Dale, his wife, Marcy, and Nigel, who has now taken over most of the main operations, have been running the farm commercially since 1992, first with a bed-and-breakfast, which ran until 2017, and then raising grass-fed beef and lamb in 2007. Their last major crop addition in 2008 is the one that has brought them the most attention: their certified-organic grains, which are milled by Nigel and Dale on the farm. Currently Weatherbury grows a variety of wheat, beans, corn and a special variety of hulless oats developed by Canada’s agriculture department called Gehl hulless oats.

The Tudors call their grains and the flour they mill from them “estate grains.” This term, borrowed from the wine industry, means that all of the grains are grown, milled and packaged on the property. Weatherbury is the last remaining active farm in western Pennsylvania that produces estate flours. It’s among one of the few in the United States that continues to grow and mill exclusively its own grain on the same property. Prior to industrialization, this practice was very common, but as shipping became fast and cheaper, most farms and mills became separate operations.

Washington County, where Weatherbury is located, has a particularly robust history of local farms and mills. At one time the county produced all of the flour for the region. Weatherbury sits near the farmland once owned by the Wilson family, the owners of the region’s last farm and mill which sat a few miles away and closed in 1943. The Tudors feel strongly about keeping alive the regional tradition of farming and milling their own grain. “It’s a lot of work and definitely a labor of love,” says Nigel.

Harvest in the summer heat

Of all the grains Weatherbury Farm grows, Gehl hulless oats are the most striking to see in the field. In July, the oat grasses are starting to dry out, turning whole fields into swaying, golden prairies. The Tudors currently have about six acres of oats planted and they sell around 4,000 pounds of oats annually, most directly to consumers.

Much of the labor that goes into getting the oats ready for sale comes after harvesting. Harvest will happen at the end of July, in the peak of the summer heat. After they dry for a few days, the oats run through a three-step cleaning process before going on to be milled.

In an effort to reduce labor costs, Gehl oats were specially developed to grow without a hull, although about 10% of them retain it. A 90% reduction in oats-to-hull, however, makes the work go much more smoothly.

For an additional boon for farmers, Gehl oats are also bred to be free of fine silky hairs called trichomes that cover most varieties of oats. When handling in oats in bulk, these hairs can feel almost like hanging insulation, an occupational hazard for farmers like the Tudors.

Even though the Gehl oats have some genetic advantages, Dale and Nigel still wear dust masks when cleaning them. “If you’ve ever hung fiberglass, that’s the perfect analogy. It gets everywhere and it’s uncomfortable,” says Nigel.

The oats go through an air screen cleaner, a disc mill, and then they are shaken on a gravity table to remove any stray hulls and stratify them by weight.

The Tudors like to get their harvest down to only 1% hulled oats. “You can have a certain degree of hulls in the oats and you won’t notice, but once you pass that threshold, it’s like chewing fingernails,” says Nigel. After cleaning, it’s on to the milling barn to roll out the oats.

Destined to be rolled

The Tudors experimented with a small tabletop flour mill before purchasing a custom-made stone mill from Austria in 2011. “It took us a few seasons to really perfect our milling process,” says Nigel. Oats that aren’t being milled for flour go into the roller and flattened to become the rolled oats that are recognizable on grocery store shelves everywhere. Almost all of Weatherbury’s oats are destined for rolled oats.

For the Tudors, each step in the process is one closer to producing grains that are as close to the land as possible. “We really believe that growing organically and milling on-site makes a difference,” says Nigel. “Almost all commercial wheat and oats are sprayed in the fields and again when they go into storage to prevent insect infestation,” says Nigel.

Those chemicals affect and break down some of the delicate flavors, so the Tudors keep them out of the fields and use cool storage to keep their grains fresh. They also recommend refrigerating their grains after purchase.

The family goes so far as to invite customers to see the actual fields where the grains are grown. They recently launched their new “grain tracker,” which uses a QR code on every package to show anyone who scans it a photo of the field where the grain was grown, and it provides some facts about the farm and product. “We believe it’s really important for people to see where their food is coming from,” says Nigel.

All of this labor is meant to serve one goal: to grow and mill the most delicious, healthful oats possible. Tasting a freshly rolled oat in the milling room is like tasting a sun-soaked Pennsylvania morning: grassy, buttery, nutty and rich.

Feast and Field: Food Begins in the Field

Issue No. 24: Organic oat farming outside of Pittsburgh

Equally old-fashioned and trendy, oats are a grain everyone can agree on. Visit an oat farm in Pennsylvania and learn about the time-honored breakfast staple. 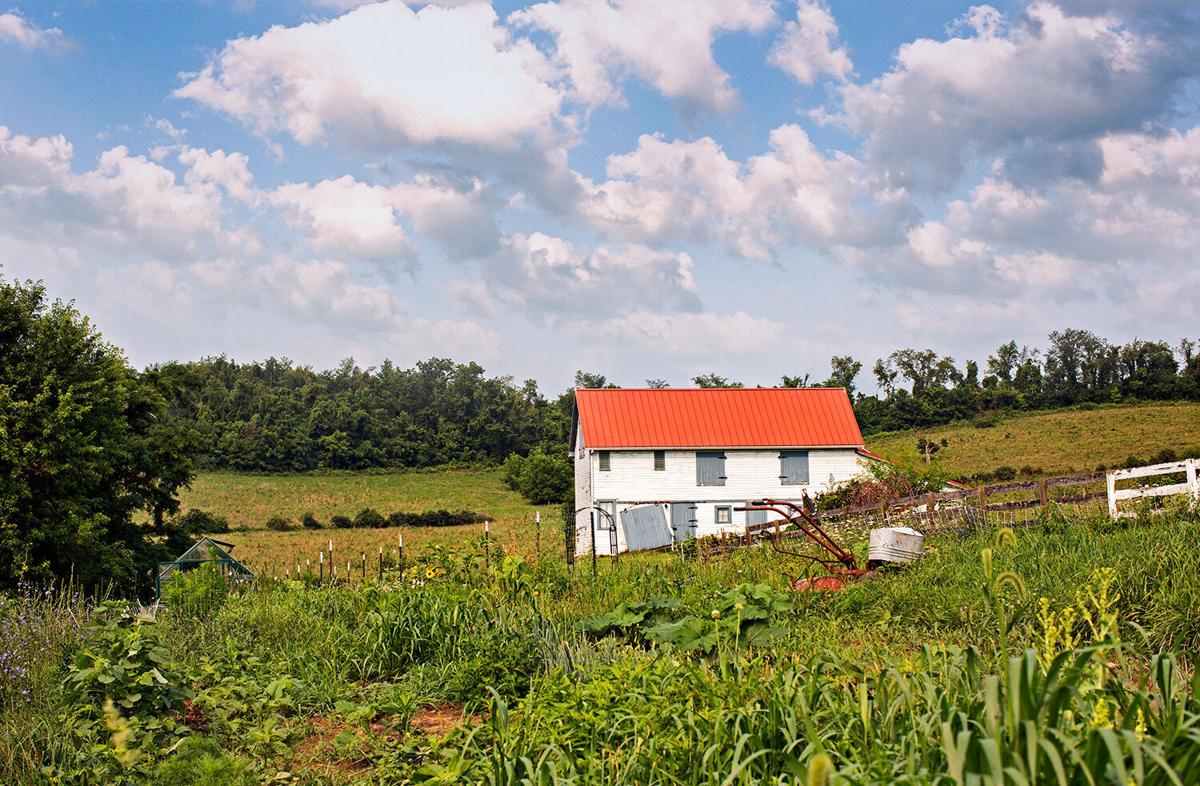 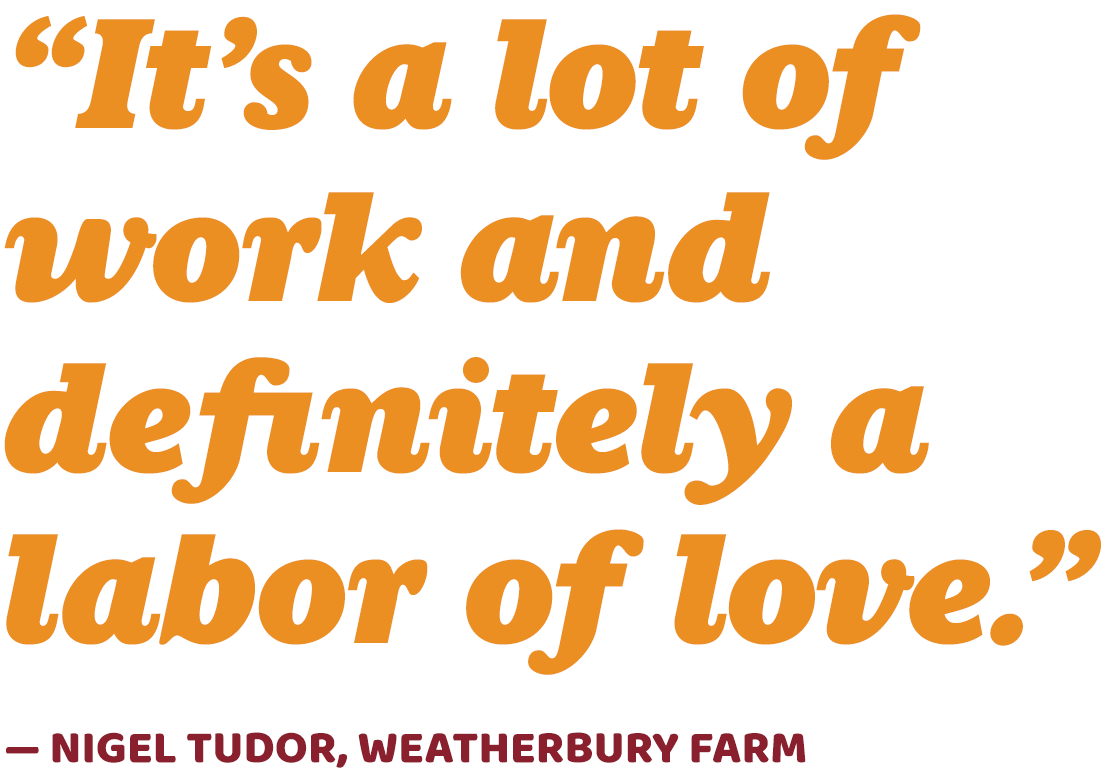 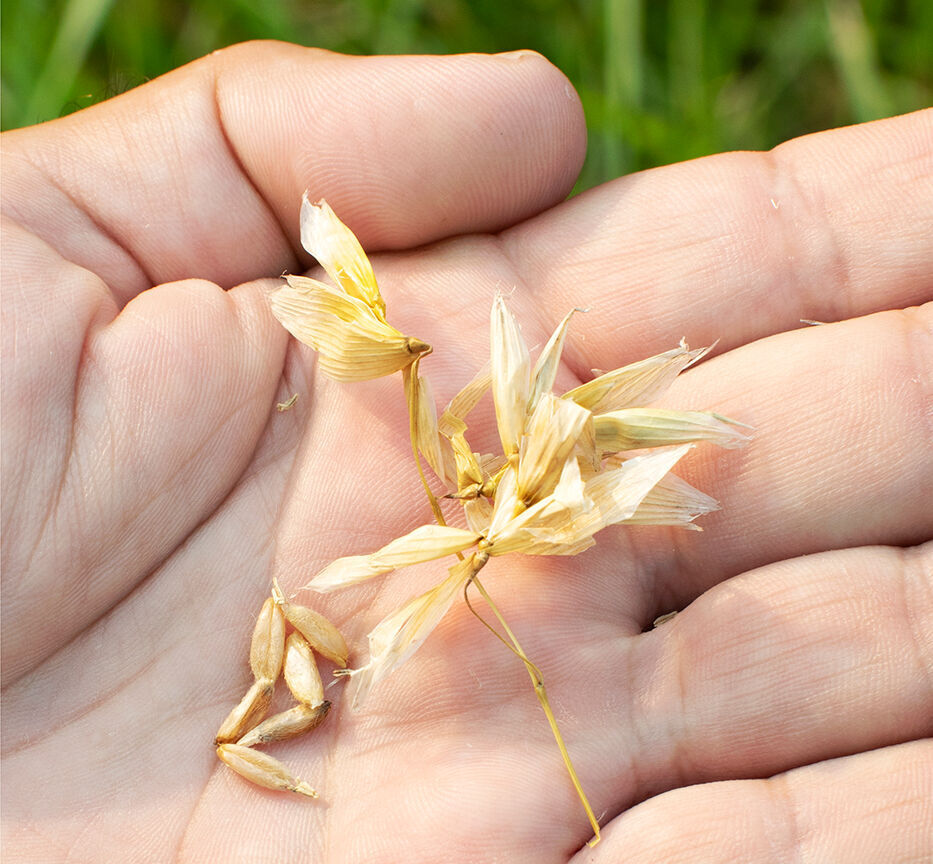 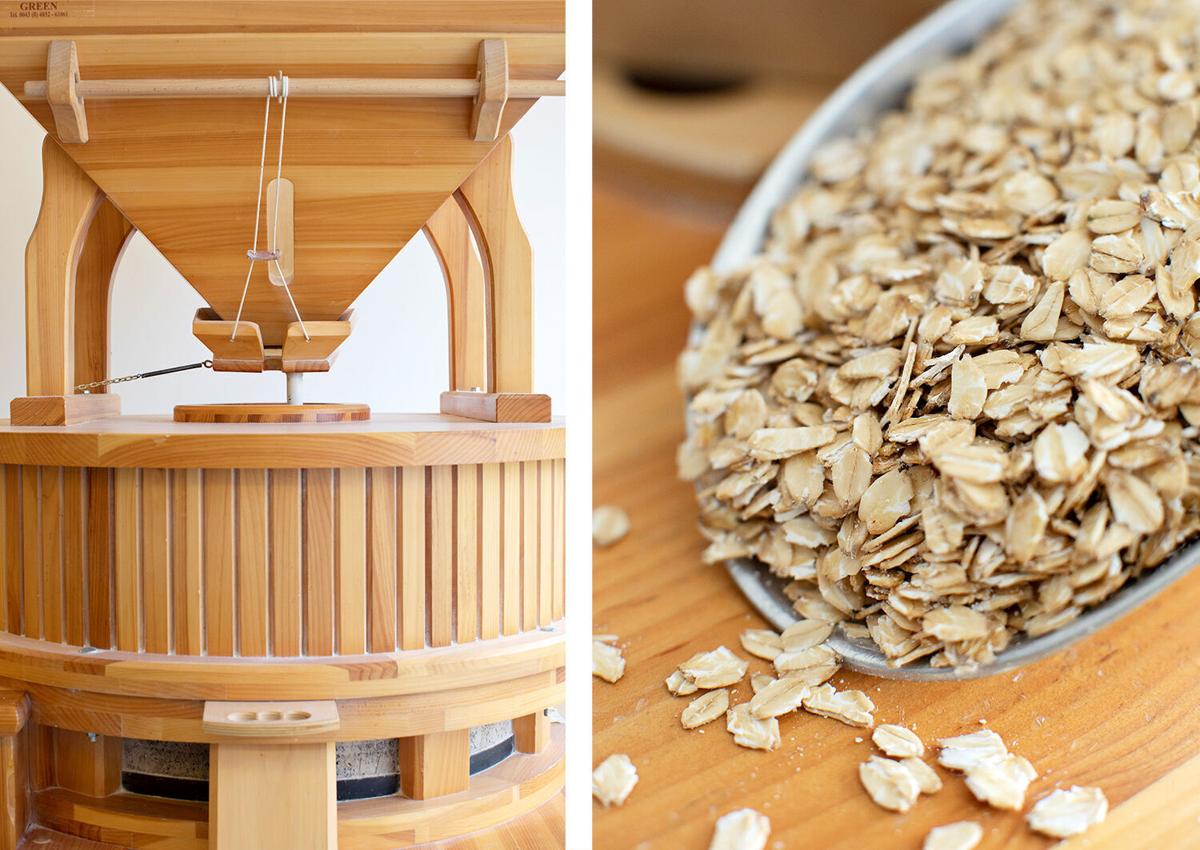 The Tudors' Austrian mill grinds oats into flour, but the majority of their oats are rolled. 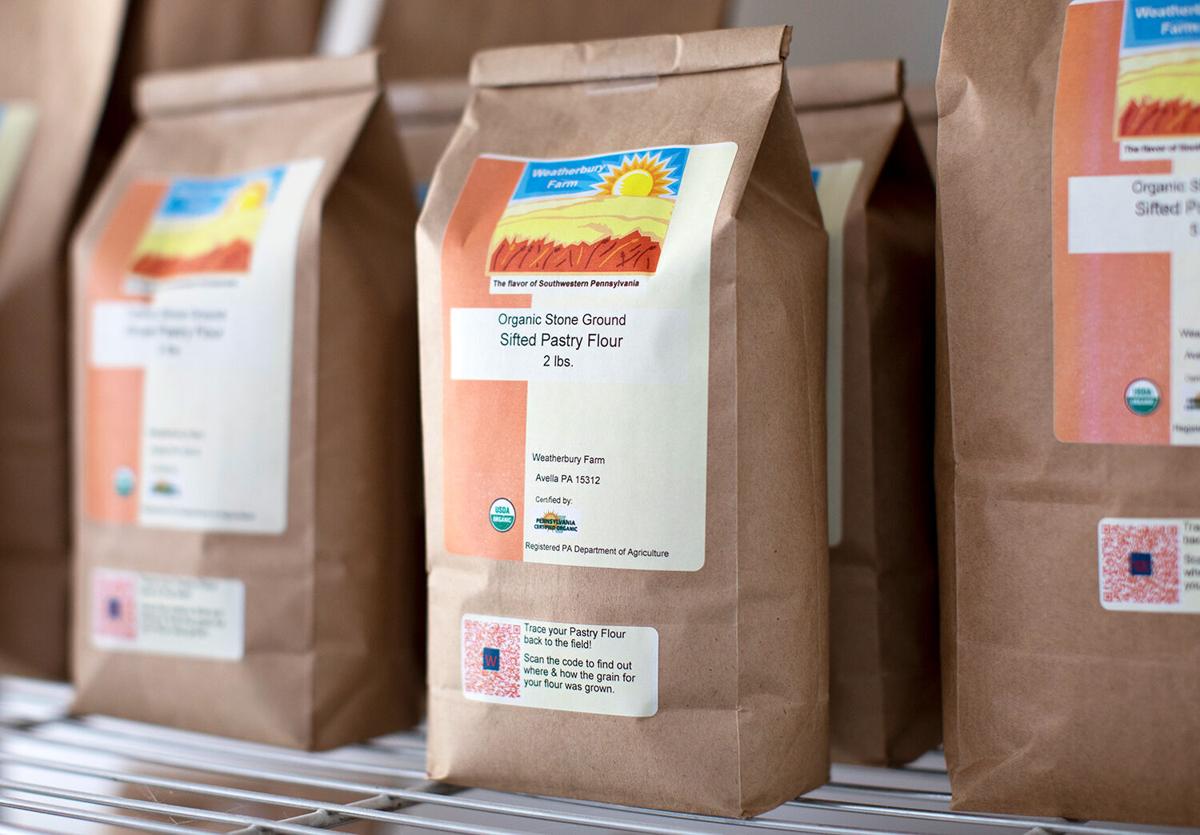 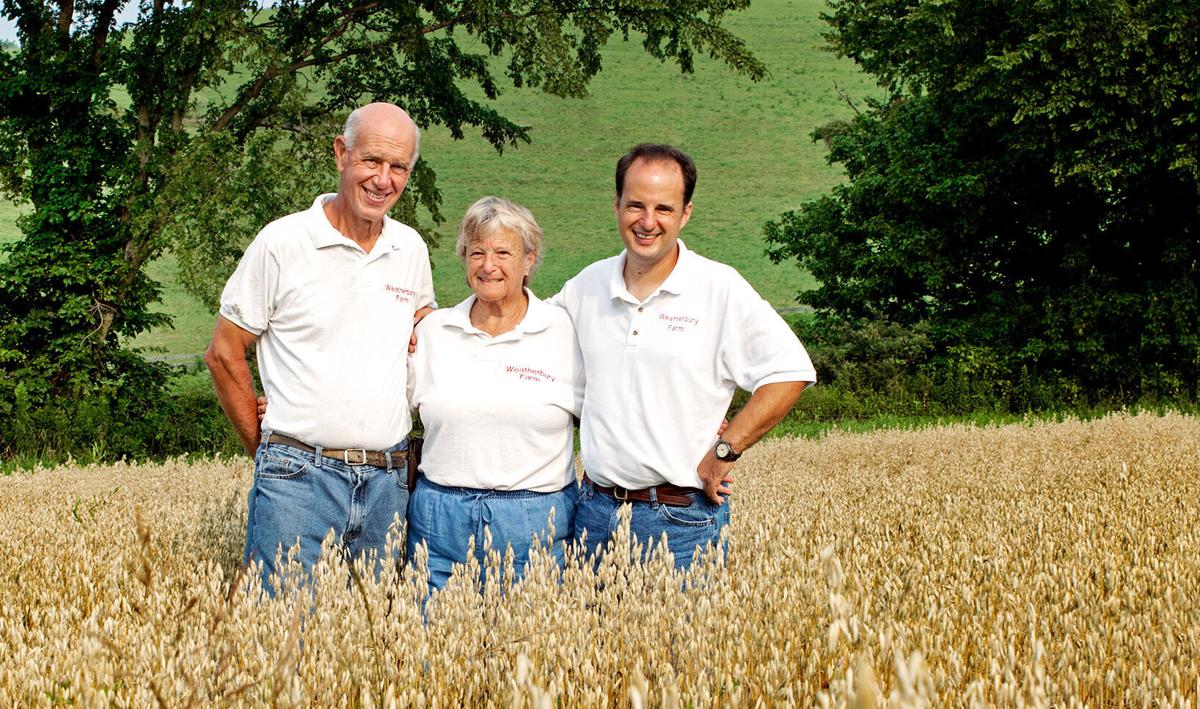 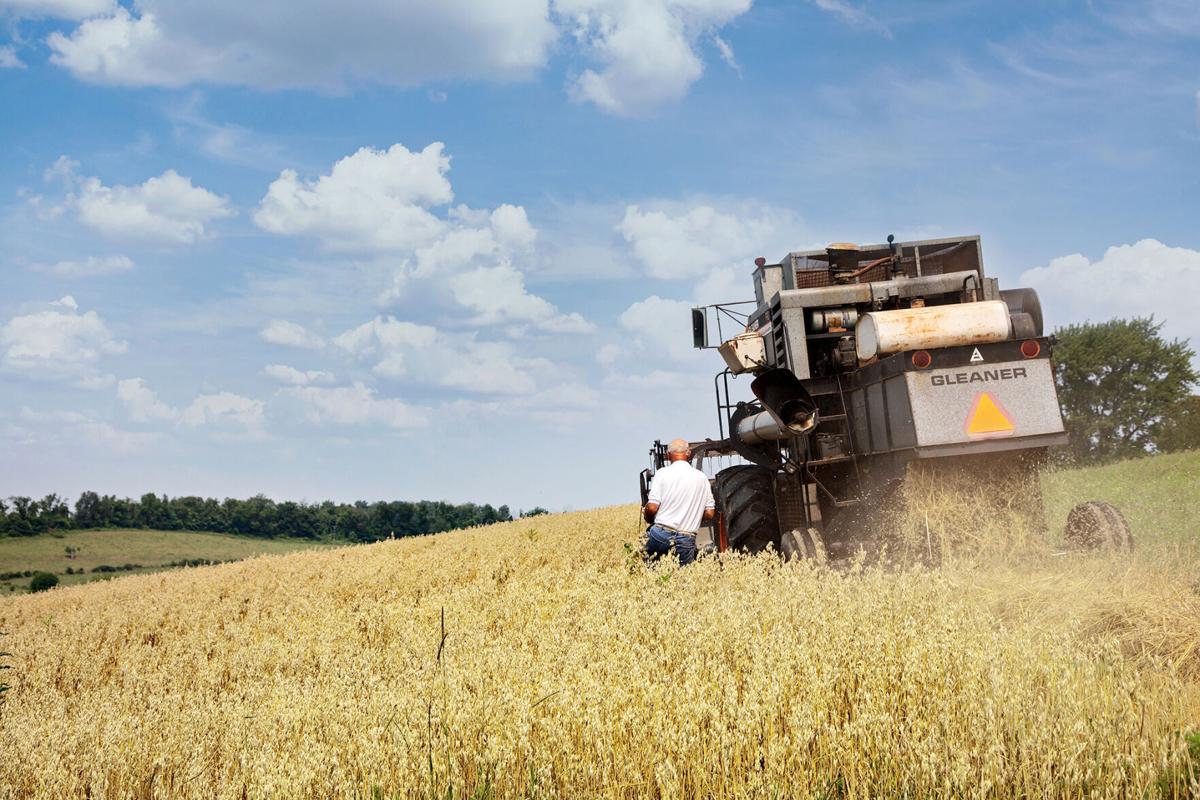 After a late July harvest, the oats will be dried, cleaned and milled. 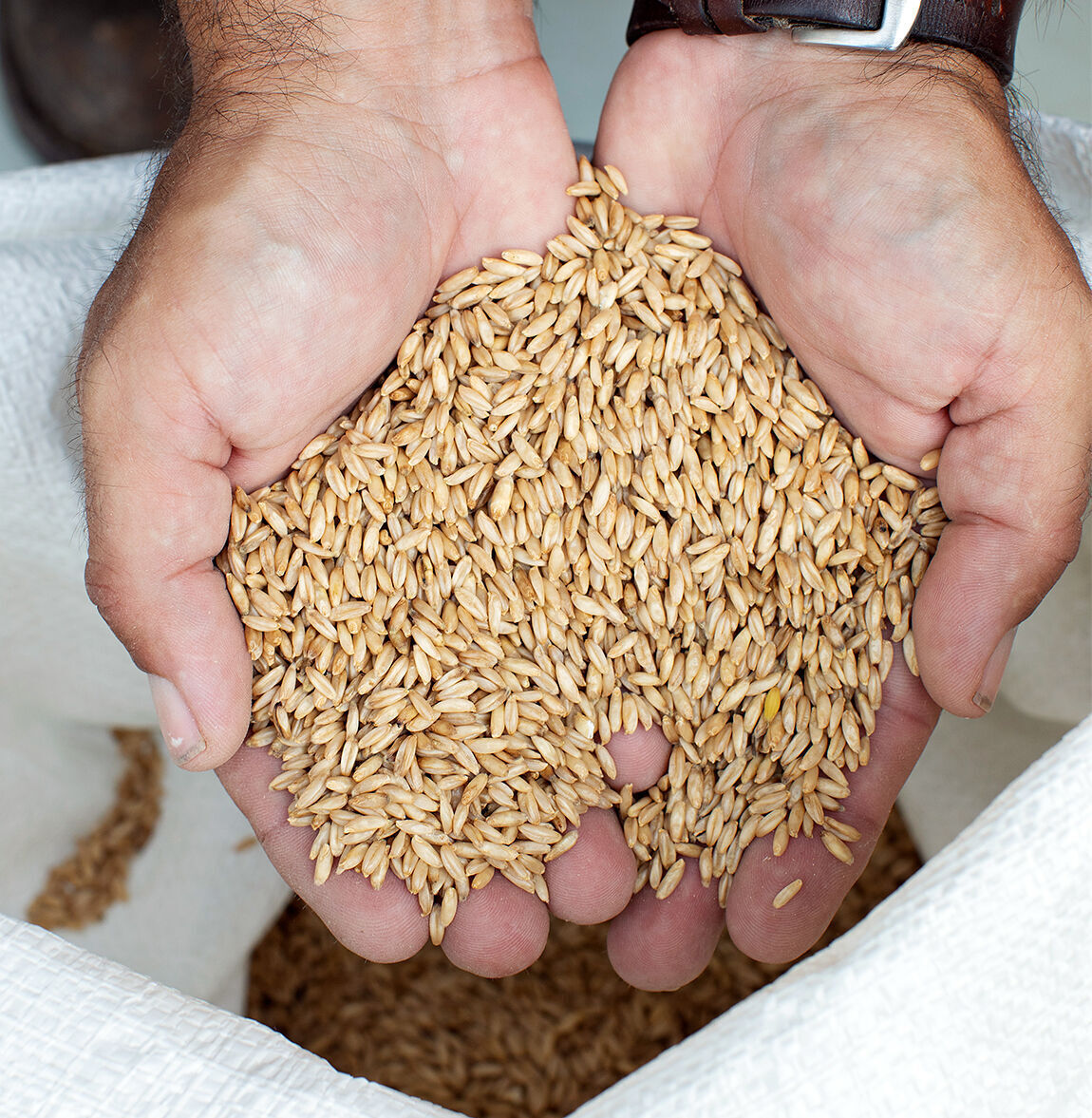 Hulled oats, or oat groats, have their inedible hull removed before processing into rolled oats.