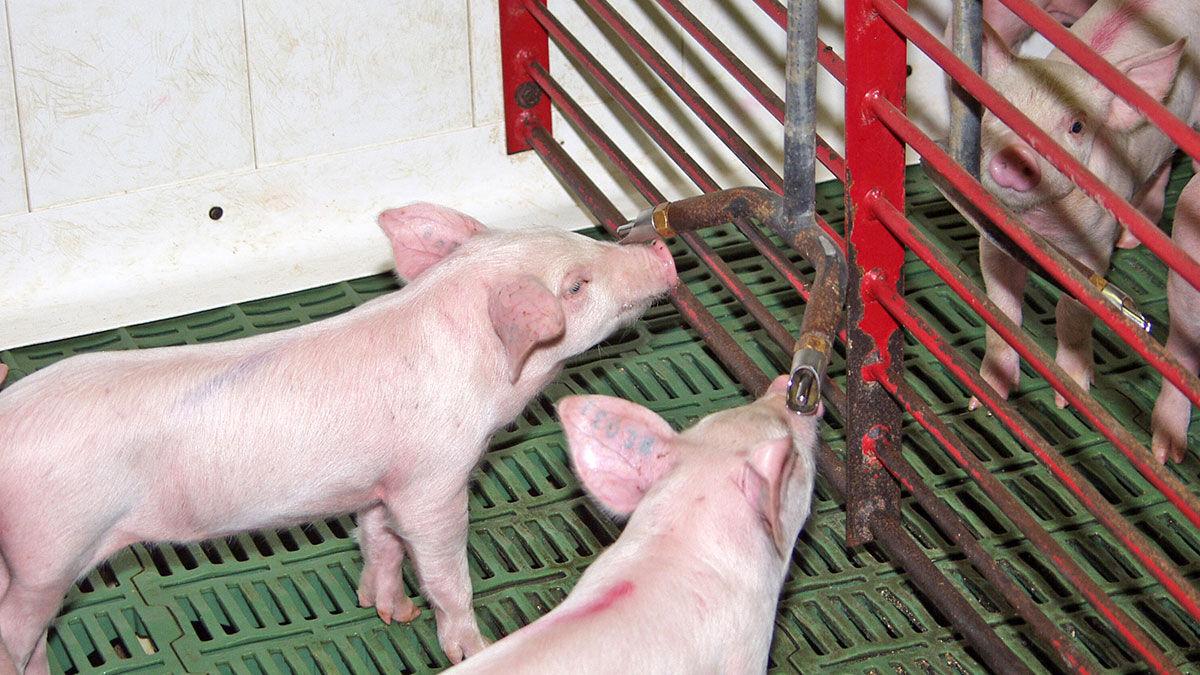 Waters A and B were selected to represent “poor” quality, and water C to represent “good” quality in the University of Minnesota Extension test, but nursery pigs in the experiment assigned the different waters showed no difference in weight gain, feed intake and health during the experiment. 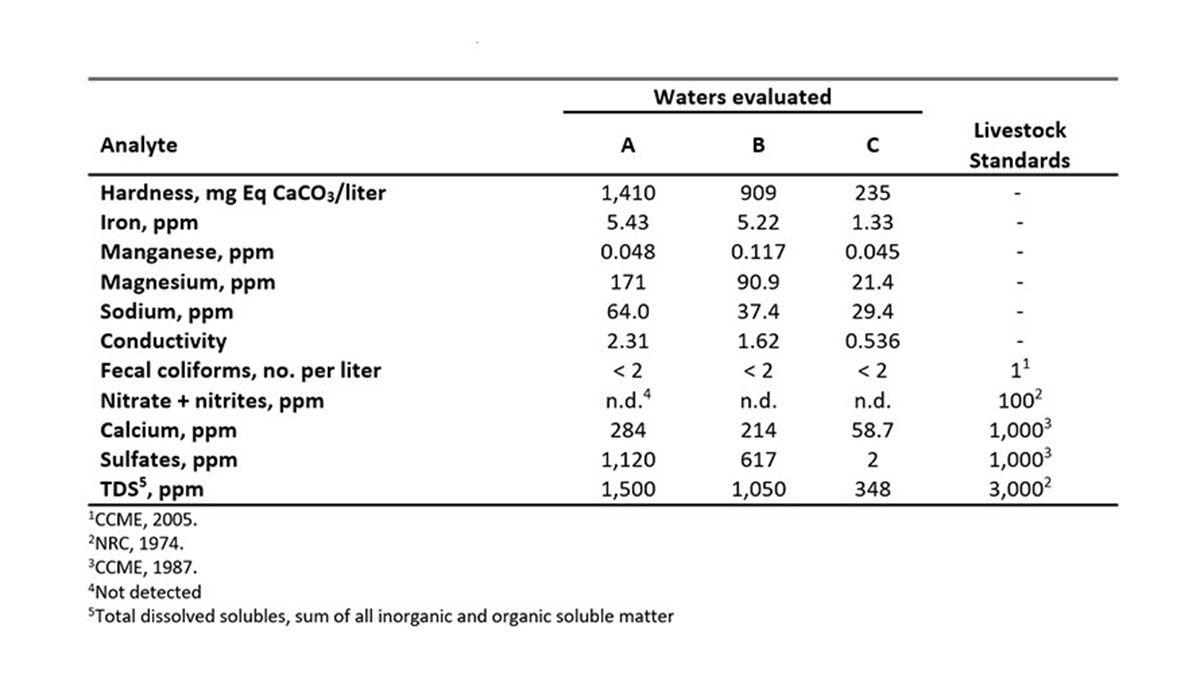 Waters A and B were selected to represent “poor” quality, and water C to represent “good” quality in the University of Minnesota Extension test, but nursery pigs in the experiment assigned the different waters showed no difference in weight gain, feed intake and health during the experiment.

Water has often been called the “forgotten nutrient” because of its relatively low cost, widespread availability and ample supply in most locations.

Some pork producers recently have observed suboptimal performance of nursery pigs which they suspected might be caused by poor water quality. Signs of poor performance include increased incidence of fallback pigs, a high prevalence of scours and pigs that are “hard to start” in the nursery.

These observations led to the research question: Does water quality have an impact on nursery pig performance and health?

Water quality characteristics that support optimal pig performance and health vary in the scientific literature, and many of these studies conducted to evaluate them are more than 30 years old. There is limited scientific literature reporting controlled studies of pig responses to water of varying quality.

One group of researchers fed nursery pigs water that ranged from 217 to 4,390 parts per million total dissolved solids and reported no effects on daily weight gain, daily feed intake or feed efficiency.

Anecdotal reports from industry experts suggest that many different characteristics of water influence pig performance and health. Numerous characteristics of water such as TDS, pH, hardness, suspended solids, sulfates, nitrates, heavy metals, total coliforms, bacteria, viruses, parasites and some others have been measured to determine water quality for livestock.

Initially, we surveyed pork producers online to learn the range of water qualities being fed to nursery pigs in 48 barns across a wide range of geographic regions in Minnesota. From these farms, we selected 15 barns to collect water samples for analysis. Water samples were collected at or as close to the well head as possible to understand the true quality of water entering the barn before being affected by the existing distribution system.

Samples were sent to a commercial lab and were analyzed for 29 different components. Concentrations of water components were compared to published standards of acceptable water quality for livestock. Three different waters were selected as treatments for a nursery growth performance study. Two waters were selected to represent “bad” water and one water was considered “good” water.

To isolate the effects of water quality from other performance-influencing factors typical of commercial farms, the three waters were transported via a milk tanker to the West Central Research and Outreach Center in Morris, Minnesota. A new, pressurized water system was installed in the WCROC nursery barn to simultaneously deliver any of three separate waters to pigs. Three, 2,500-gallon potable water bladders were installed on a platform underneath a shade cloth, outside of the nursery and were connected to three new waterlines.

The water delivery system was connected to manifolds in the barn that could deliver any of the three waters to every set of two pens. The water bladders collapsed as they were emptied so that there was no air in the bladder above the water to influence water quality during the experiment.

Weanling pigs were sourced from a single commercial sow farm that was PRRS and mycoplasma negative for a 40-day experiment. Pigs were allotted randomly to each of three treatments (15 pens per treatment, 10 pigs per pen). Pigs had continuous access to feed and water throughout the experiment. Individual growth rate and feed intake on a pen basis were measured weekly. Any instances of mortality and morbidity were recorded.

Over the 40-day experiment, there were no differences in average daily gain or average daily feed intake among pigs assigned to the three waters. This result is noteworthy because waters A and B were selected to represent “poor” quality, and water C to represent “good” quality. We theorized that waters A and/or B would depress pig growth performance and/or health compared with pigs consuming water C.

However, a consistent definition of “good” and “bad” water for pigs defined by controlled experiments has not been determined. So, we conducted a research project with the help of pork producers and water industry experts designed to evaluate effects of water quality on nursery pigs.

In summary, the “good” and “poor” water evaluated in this study resulted in no differences in nursery pig growth performance or health status. These observations demonstrate that under the conditions of this experiment nursery pigs adapted to drinking water with a wide range of characteristics.

However in a commercial setting, cleanliness and maintenance of the water distribution system, interactions between water characteristics and medications delivered in water, and health status of the pigs might influence the quality of water delivered to the pig or the pigs’ response to that water and ultimately affect pig performance and health.

High quality Polypay and Half Finn-Half, Dorset ram lambs and