It’s been since the 1940s when a cowgirl, riding a bucking bronc, came out of a chute at the Black Hills Roundup.

And it’s going to happen again this year, in Belle Fourche, South Dakota.

The Women’s Ranch Bronc Riding, sanctioned by the Texas Bronc Riders Association, will take place during the July 2 and 3 performances of the rodeo.

It’s an event that was common in the early days of the Roundup, said Keith Anderson, chairman. The Roundup featured women bronc riders from its inception in 1918 to the 1940s.

But that event died away, and now it’s making a comeback.

The rules are similar to the men’s ranch bronc riding, except women can ride with two hands: one on the buck rein and one on either the saddle horn or a rope tied to the saddle. Points are scored the same way as for the cowboy’s bronc riding, with more points awarded if the woman rides one handed or fans the horse with her hat as she rides.

Eight cowgirls per night will compete, on July 2 and 3, with the Belle Fourche rodeo being one of the stops on the Trail to Cheyenne, a tour designed to end up with a finals at the Cheyenne Frontier Days. The top three cowgirls from each performance at Belle Fourche will be invited to ride in Cheyenne.

The 2019 Cheyenne Frontier Days winner is Pearl Kersey, who will ride at the Roundup.

From Pincher Creek, Alberta, she started ranch bronc riding in 2016 and two years later, bought a camper so she could spend the summer in Texas competing in the women’s bronc riding.

She loves it, and considers having “horse sense” and confidence part of the skills that make her a good bronc rider.

Starting out, she lacked experience but it didn’t take her long to gain it.

“When I started out, I was nervous and scared. But now I’m to the point where I’m nervous but confident,” she said.

The nerves are a necessary part of bronc riding, she believes.

Since she’s started women’s ranch bronc riding, she’s done some bronc riding at ranch rodeos in Canada, and some breakaway roping, too.

Having a good attitude is part of it, too.

“That’s the way you gotta look at life. Show up like you’re going to win, even if you don’t know what you’re doing,” she said with a laugh.

Kersey has won the bronc riding at rodeos in Winfield, Alberta, Lampasas, Lexington and Mesquite, Texas, and the championship at Cheyenne Frontier Days in 2019.

“You might think (rodeo) is predominantly a man’s sport, yet you see these ladies, gritting it out, getting in the middle of it, and when the ride is over, waving to the crowd. It’s really awesome,” he said.

Anderson thinks the fans will enjoy and appreciate the women’s ranch bronc riding.

“It goes back to the rich history of the Roundup,” he said. “We’re excited to have it, and I think the fans will enjoy it.”

The Black Hills Roundup kicks off June 30 with a ranch rodeo at 7 p.m. It continues with performances at 7 p.m. on July 1-3 and a 3 p.m. performance on July 4. Family night is July 1; July 2 is Chutes for Charity night, and July 3 is Tough Enough to Wear Pink night. July 4 is Military and First Responders Day.

Tickets range in price from $15 to $34 and can be purchased online and at the gate.

For more information, visit the website at BlackHillsRoundup.com or call the Black Hills Roundup Office at the Tri-State Museum and Visitor Center at 415 Fifth Ave., Belle Fourche, 605-723-2010.

There’s a help wanted sign out on the gate for the 2021 National High School Finals Rodeo.

“Most farmers, when they retire, they buy a boat and they go out in the middle of a lake with a cooler of beer and fish. I will take my beer cooler and go sit in the middle of a pasture and just watch my cows. Then, when I’m done, I head home and I don’t have any fish to clean.” 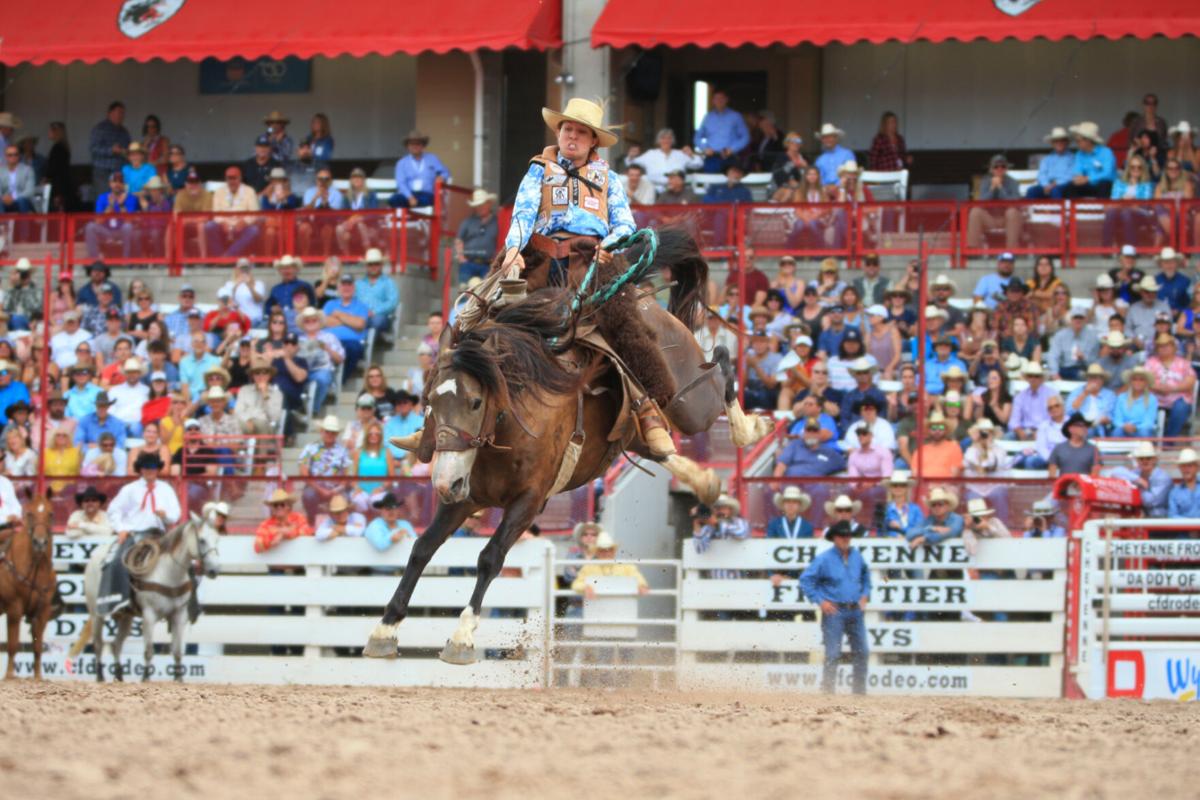 For the first time in decades, cowgirls riding broncs will bust out of the chutes at the Black Hills Roundup in Belle Fourche. Women’s ranch bronc riding will be part of the rodeo on July 2-3. 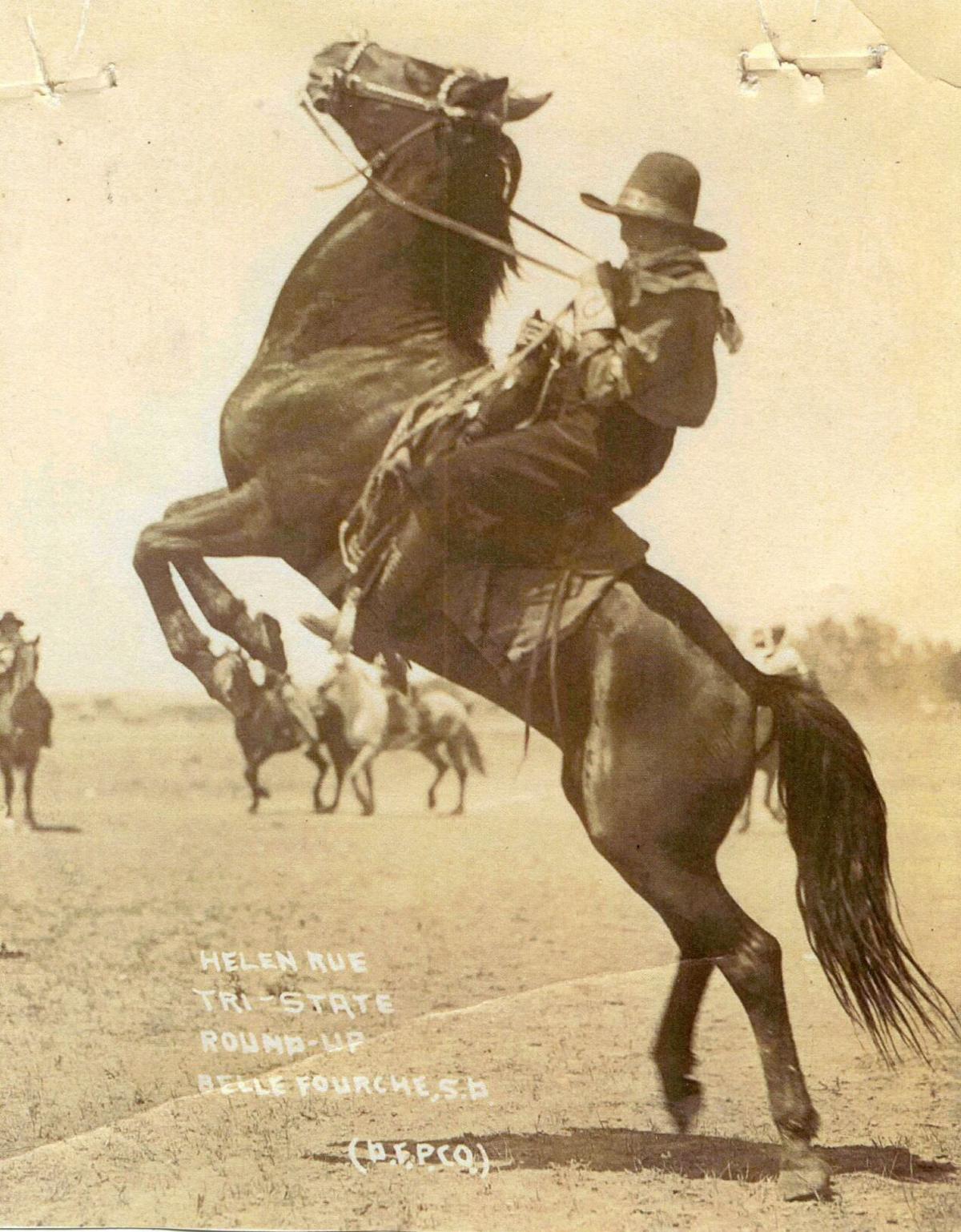