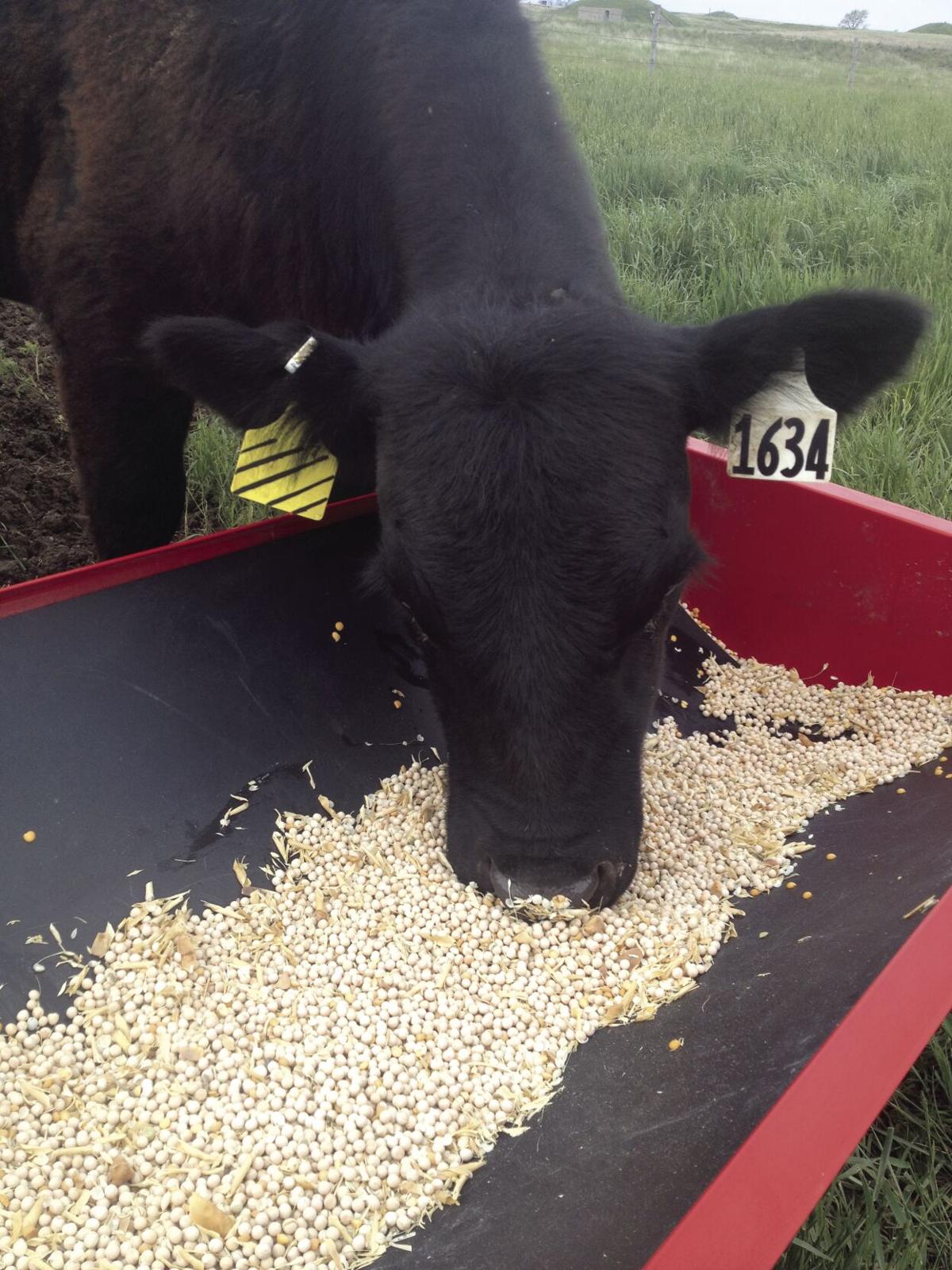 Cattle eat field peas as a supplement on pasture north of Sidney, Neb., at UNL’s High Plains Ag Lab during a summer grazing research project in 2015. 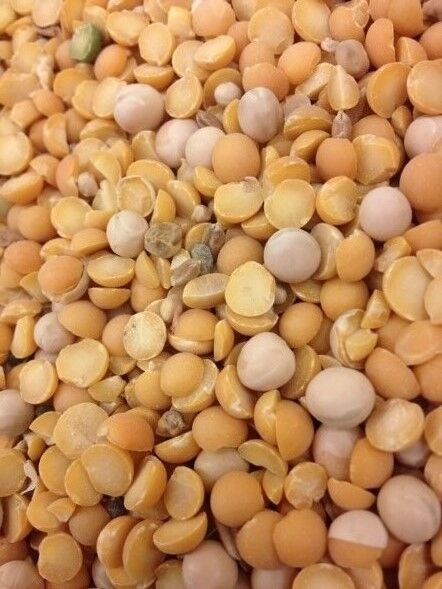 With high protein and low starch, there’s growing interest and economic benefit in using field peas as a locally sourced feedstuff in beef cattle diets. One Nebraska farmer says he can taste the difference, too.

Plester runs a small farm and a large cow herd with his parents Conrad Pelster and Aleta Ambler in Custer County, Nebraska, west of Broken Bow. Being on the front end of growing pulses and dabbling in cover crops, Pelster decided to try something different when it came to cattle feed.

“We’ve fed cattle soybeans and corn in the past, but the fat on a steak fed the peas is snow white. Ground peas smell very good,” he said.

Pelster heard from others that beef that ate the peas was some of the best tasting beef. His family made similar comments about a few of their feeder pigs that were also fed peas.

Some studies show that when peas make up 30% of the diet, it increases meat tenderness. However, another study including field peas in the finishing diet did not pick up tenderness differences in the meat.

Early in the pandemic, there was concern about availability of dried distillers grain (DDGs) because ethanol production was down. Pelster said that affected a lot of feed yards.

“We live close to ethanol plants, but people around us depend on them for a feed source, and availability of DDGs fluctuates daily,” Pelster said, adding it’s tough to count on that.

Field peas have been compared to dried distillers grains for those who need a protein supplement while growing cattle on pastures. They’re an option in areas where distillers have to be shipped a long way but where field peas may be grown locally, said Karla Wilke, University of Nebraska-Lincoln cow-calf stocker management specialist.

In situations where distillers grains are in tight supply and procurement costs are high, locally sourced field peas become much more favorable as a protein source for grazing growing cattle.

Peas provide a 26% crude protein (cp) value and contain less starch than corn at 36%. University of Nebraska-Lincoln research shows that when included in finishing diets, field peas can displace dry rolled corn up by up to 20% without negatively impacting performance.

Field peas result in about a 10% reduction in average daily gain with about a 10% increase in cost of gain and therefore should be priced accordingly when comparing to distillers grains, Wilke added.

Greenwell explained how peas fair from a digestive kinetics standpoint. With the lower starch levels of field peas, there is less of a negative impact on forage digestion compared to supplementing with a higher starch containing feed, such as corn, in high forage diets.

While field peas tout a high crude protein value, they are also being used to displace a portion of corn in feedlot diets when economic constraints allow. It has been shown that field peas can displace corn by up to 20% of the finishing diet without having any negative impacts on animal and carcass performance, Greenwell said.

“That’s our mix for what we’re finishing and taking to slaughter – mostly yearlings,” he said.

They grind or roll the peas and corn together. It’s important to break the hard peas, he said. To the corn/pea mix he adds free choice grass hay. The nutritional value is between 20-25% protein and some fiber.

Although peas are fairly high in protein, corn is a higher energy source.

“Protein-wise, soybeans are dramatically higher in protein than peas, although you have to cook soybeans to get that high a protein value,” Pelster said.

When it comes to cost, peas are not as expensive as soybeans. Last summer, soybeans were worth $8 to $8.40 a bushel. Peas were worth $7.

Another Nebraska farmer Steve Benzel of Alliance, Nebraska, has been growing and selling the yellow field peas for the last 10 years.

“The nice thing about peas – they don’t take a lot of water, so we can harvest those in dryland and drill wheat right back into them,” he said. “They work really good in a rotation with our dryland – a corn-peas-wheat rotation.”

They help the soil, too, he noted, by bringing in nitrogen that benefits the following wheat crop.

Cattle eat field peas as a supplement on pasture north of Sidney, Neb., at UNL’s High Plains Ag Lab during a summer grazing research project in 2015. 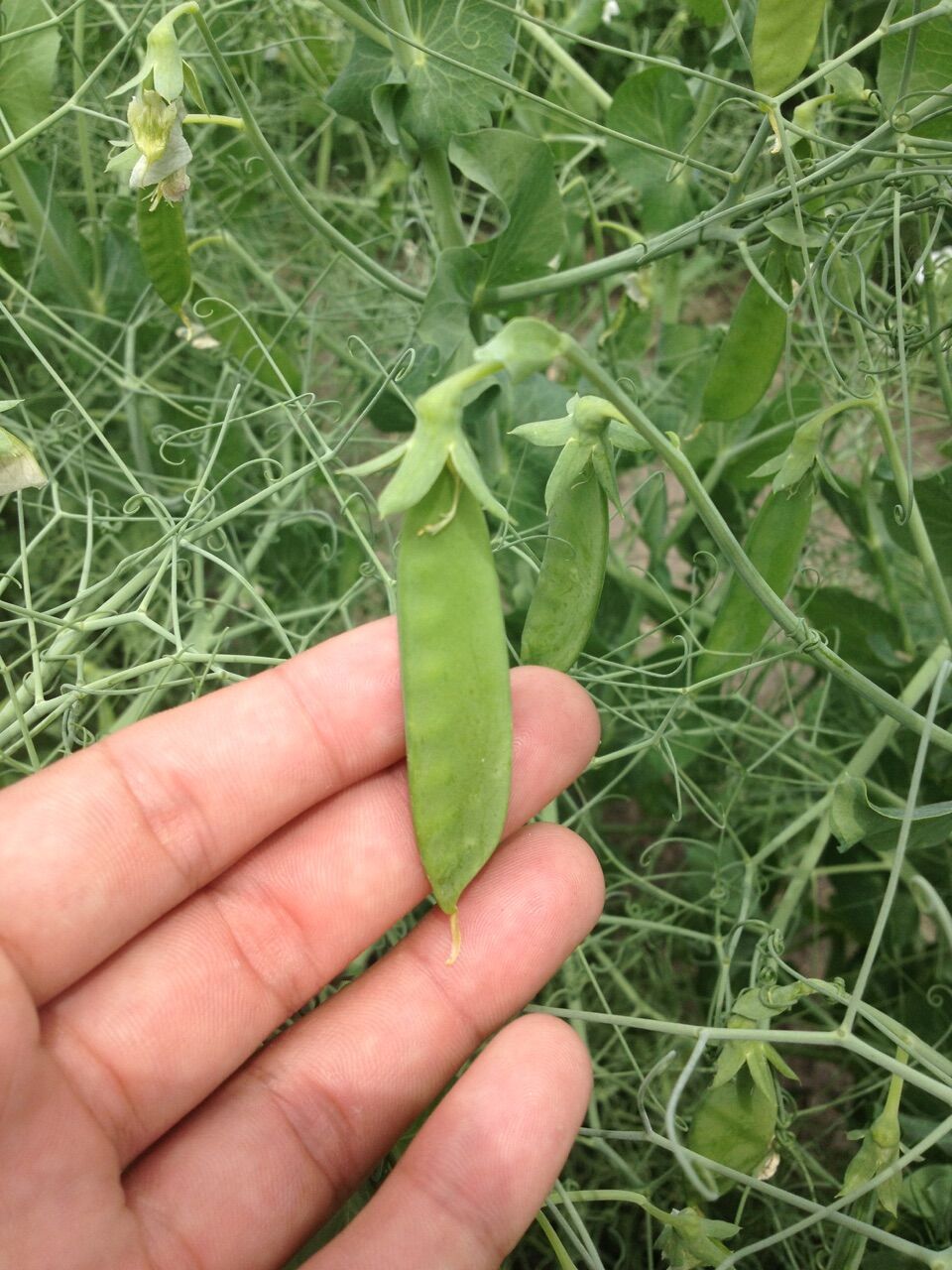 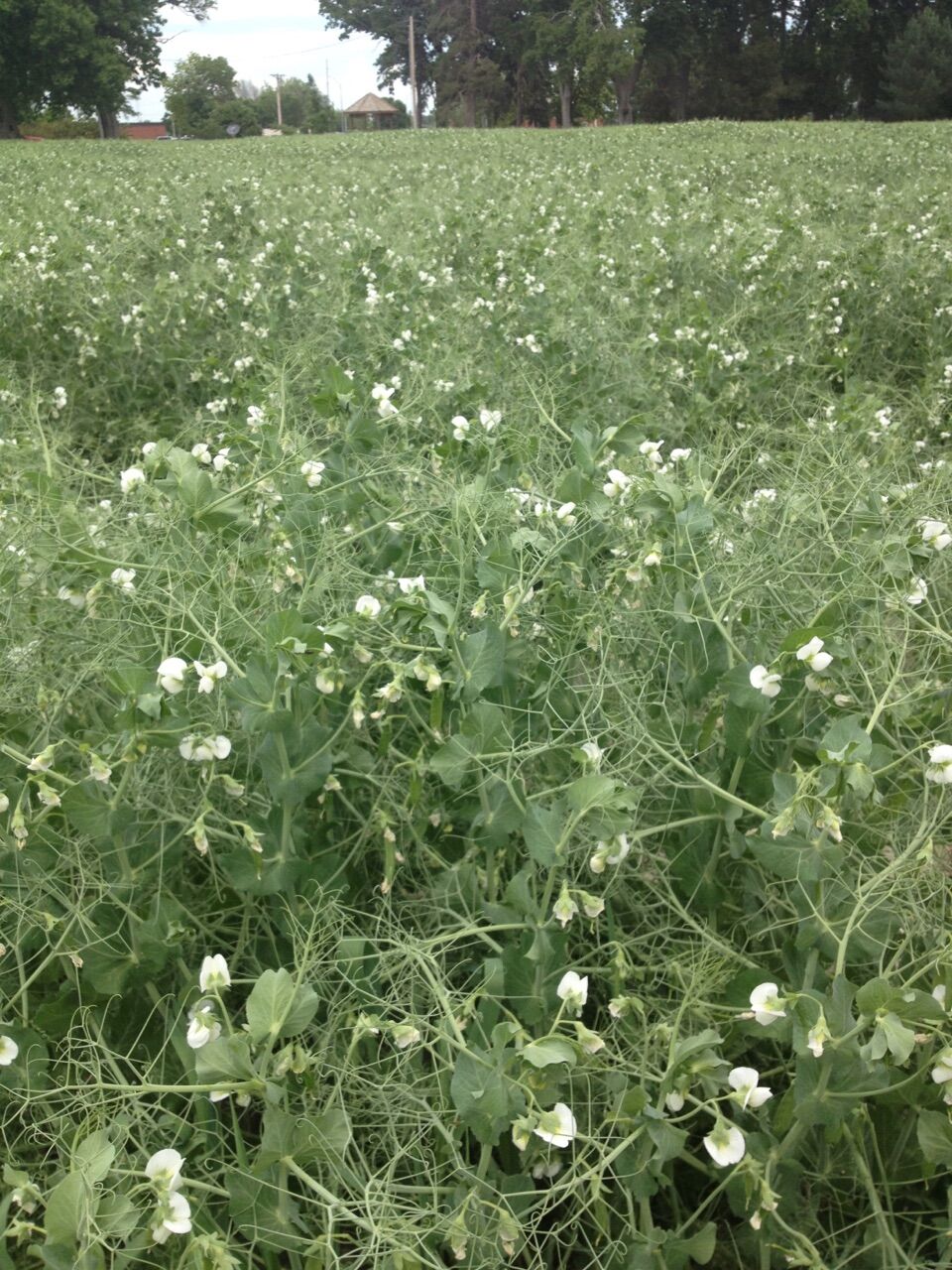