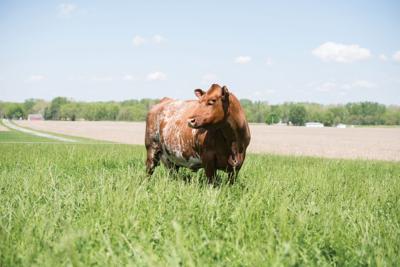 Shorthorns were the first recognized cattle breed to have been brought to the U.S. In 1783, the cattle were imported to Virginia, with descendants from that original stock taken across the Appalachian Mountains to Kentucky in 1817.

But their story starts about 200 years prior to that, in the valley of the Tees River, on the northeastern coast of England in the counties of Northcumberland, Durham, York and Lincoln. As early as 1580, a breed of superior shorthorn cattle could be found on the estates of earls and dukes in Northcumberland.

By 1750, accurate records were being kept of the cattle and breeding practices. Several cattlemen contributed to the breed’s development in England, among them Robert Bakewell, (who made advances in the cattle industry in general, not just in Shorthorns), brothers Charles and Robert Colling, Thomas Booth, his son Richard and Thomas’ brother John, and Thomas Bates. The breed eventually spread to Scotland.

In the early days for the breed, they were dual purpose, for both meat and milk, and as imports to the U.S., they were used in that way. Because of their size, they were often used as draft animals as well.

Shorthorns reigned as majority breed in the U.S. throughout the 1800s and into the early 1900s, said Bert Moore, a shorthorn enthusiast, third generation shorthorn breeder and a resident of Indianola, Iowa.

“They were the dominant breed of choice,” he said. In the 1800s and early 1900s, the animal was a “farmer’s cow,” he said, used for meat and milk and raised in corrals and pastures.

But as the western range country opened up, shorthorns weren’t as good a fit for the wide open spaces.

“For those conditions, they had too much milk and were not quite as hardy because they were kept in smaller group farms rather than as range cattle,” Moore said. “As a breed, they evolved along the type that was not quite right at that particular time, as expansion of the West was occurring.”

The breed dropped out of popularity.

For Greg Crawford, who raises shorthorns near Roca, Nebraska, south of Lincoln, he’s loved them since he showed a shorthorn as a 4-H exhibitor.

For him at Crawford Family Shorthorns, the breed marbles well, has a strong mothering ability, and is easy going.

“I have all mine trained to range cubes,” he said. “When I need to move them, I shake a bucket and they follow me.”

In addition to their laid back temperaments, they are easy on fences, he said, and easy to work with. Mother cows produce a good flow of milk and the breed is adaptable as well, being found in 60 countries around the world.

Crawford hasn’t missed showing shorthorns at the Nebraska State Fair or Cattlemen’s Classic for the past three decades. His daughters, Bev and Gwen, started showing at Shorthorn Junior Nationals over 30 years ago and the tradition continued with the grandkids.

The only disadvantage Crawford sees for the breed is that they aren’t black hided. Colored as reds, whites and roans, he thinks feedlots and packers are less likely to take them because they don’t like the mix of color.

“Some people don’t like (the color of the hide), but once the hide’s off, it doesn’t matter,” he said.

He appreciates the colors of his cattle: “I like the color variances. I can look out in my pasture and pick out every cow and know which one it is. When they’re all the same color, it’s hard from a distance to tell which one is which.”

The American Shorthorn Association recognizes ShorthornPlus, a registration program for shorthorns crossed with another breed, yet with a certain percentage of shorthorn blood.

Moore says the breed’s early history is as well-documented as any other breed in the world. He is co-authoring a book on shorthorns alongside Dr. Bob Hough, to be released in 2022, the 150th anniversary of the American Shorthorn Association, which was established in 1872. The book will focus primarily on the history of the breed in North America. Moore said he is always glad to “spread the shorthorn gospel.”

Show our neighbors just how great beef is

"Have a steak. On March 20, cook up an awesome hamburger, crockpot that roast or grill that steak in support of our Colorado ranchers."

USDA insurance changes could be huge for livestock producers

Perhaps the two biggest livestock insurance programs from the U.S. Department of Agriculture – the Pasture, Rangeland, and Forage (PRF) and th…

Lower supplies of market-ready cattle work in producers’ favor, according to market analyst

Market conditions a blessing and a curse for livestock producers

With 2021 shaping up to be a strange year for agriculture, Dr. Darrell Peel, a professor at Oklahoma State University, said that perhaps the m…

Key issues affecting livestock producers’ bottom line in 2021, and insight on cattle markets the year as COVID-19 recovery begins were the hig…

Raising beef cattle during the winter comes with its own obstacles, such as freezing temperatures and blizzards which ultimately lead to a forage shortage. These conditions create greater nutrient intake especially for spring calving cows. 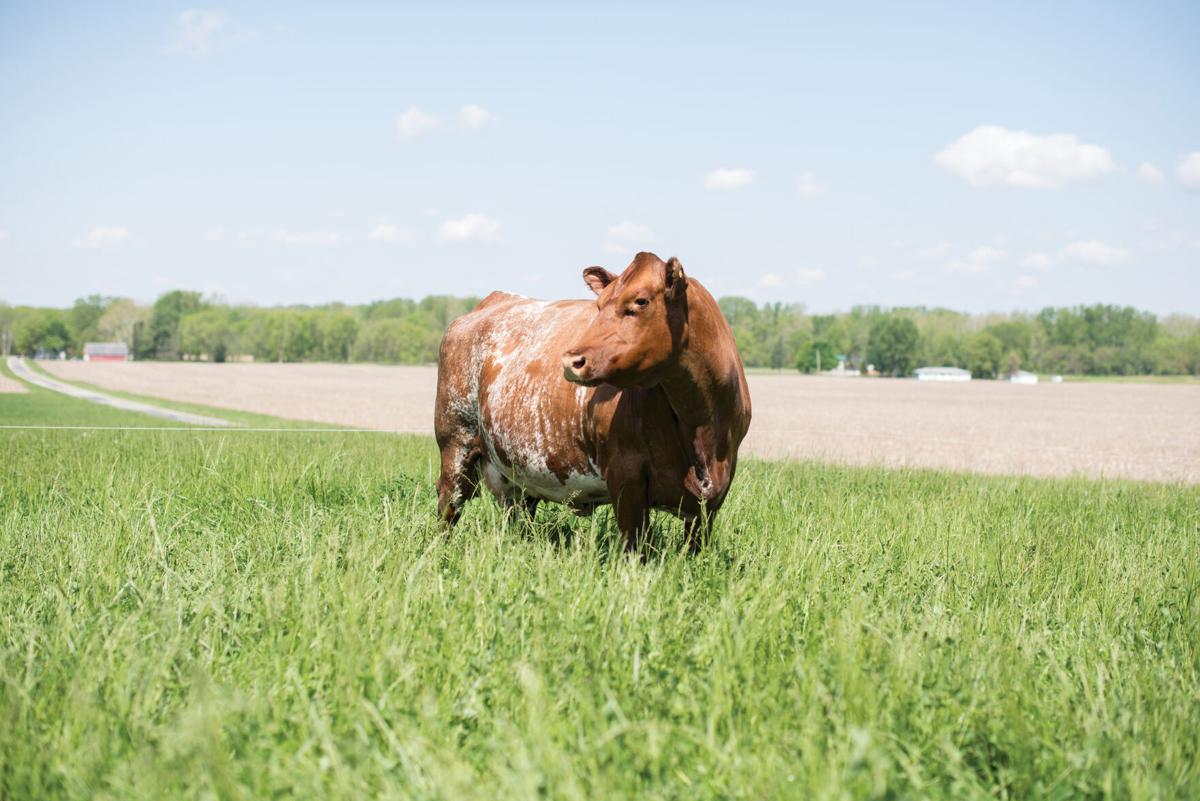 The Shorthorn breed was the first recognized breed to be brought to the New World, in 1783. 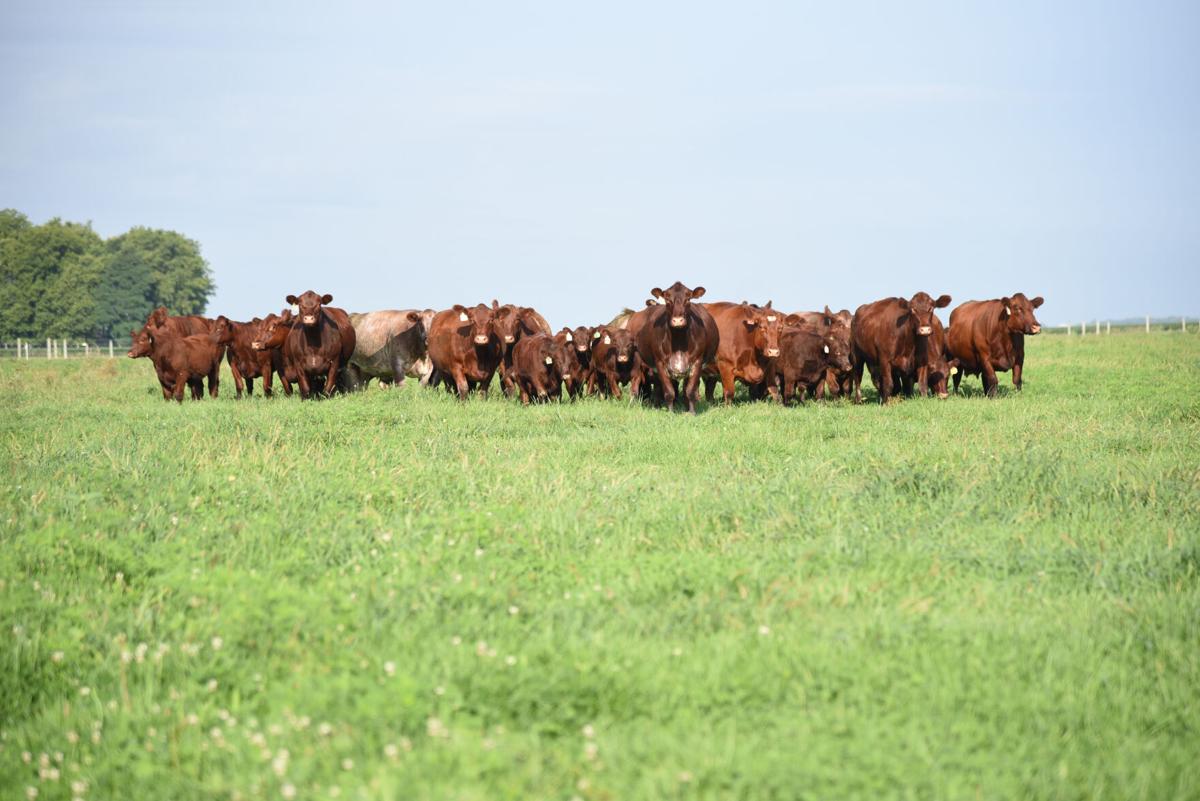 A herd of Shorthorn cattle gaze curiously at an encroacher. The breed’s color variations include red, red and white, and roan. 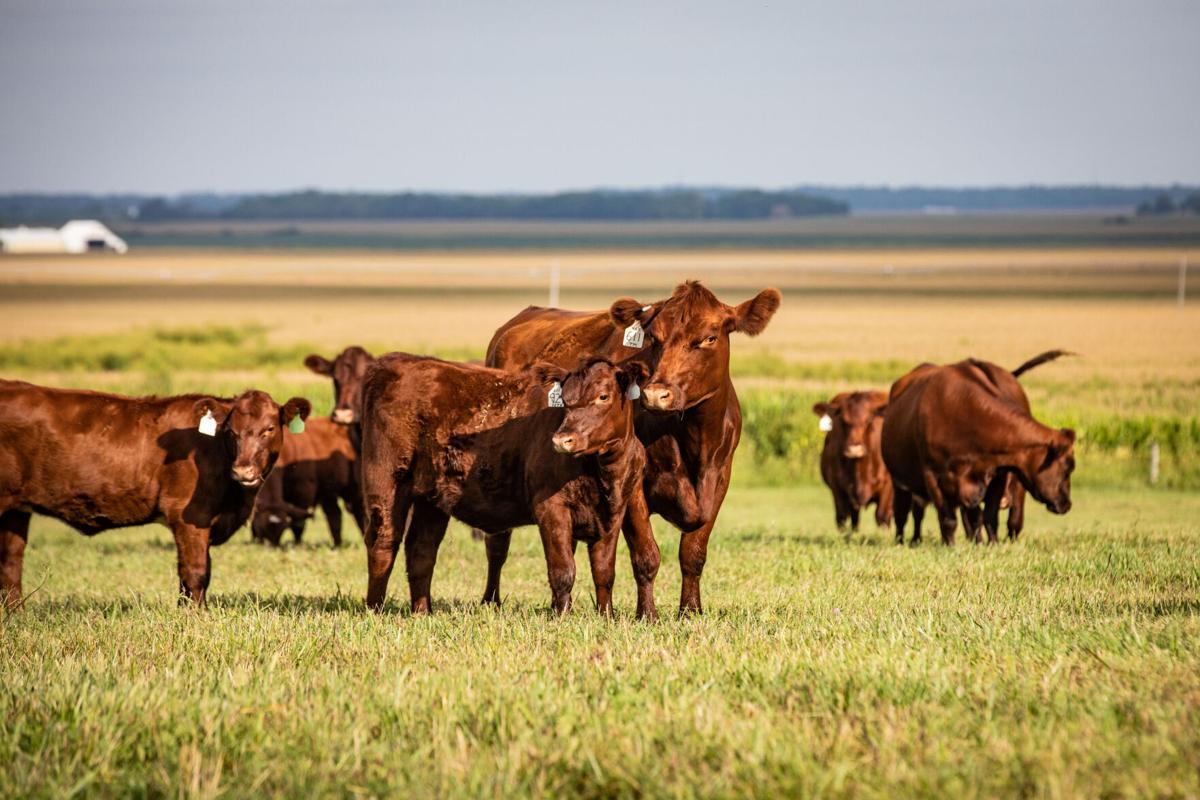 A Shorthorn mother cow and calf stand in a pasture. The breed was once prized for its dual purpose of meat and milk.