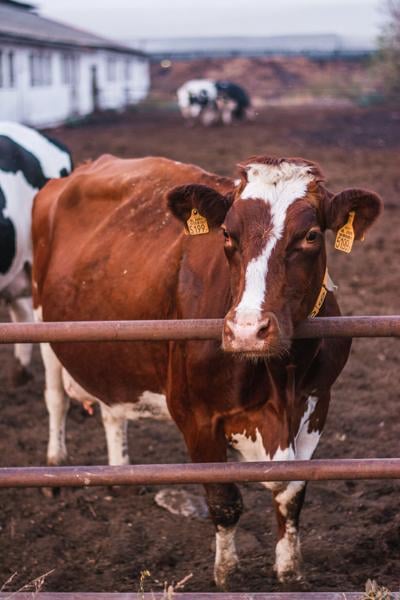 Cattle at the Gudmundsen ranch gather around a SuperSmart Feeder. With a radio identification tag, the feeders can be programed for how much supplement it gives to each cow. 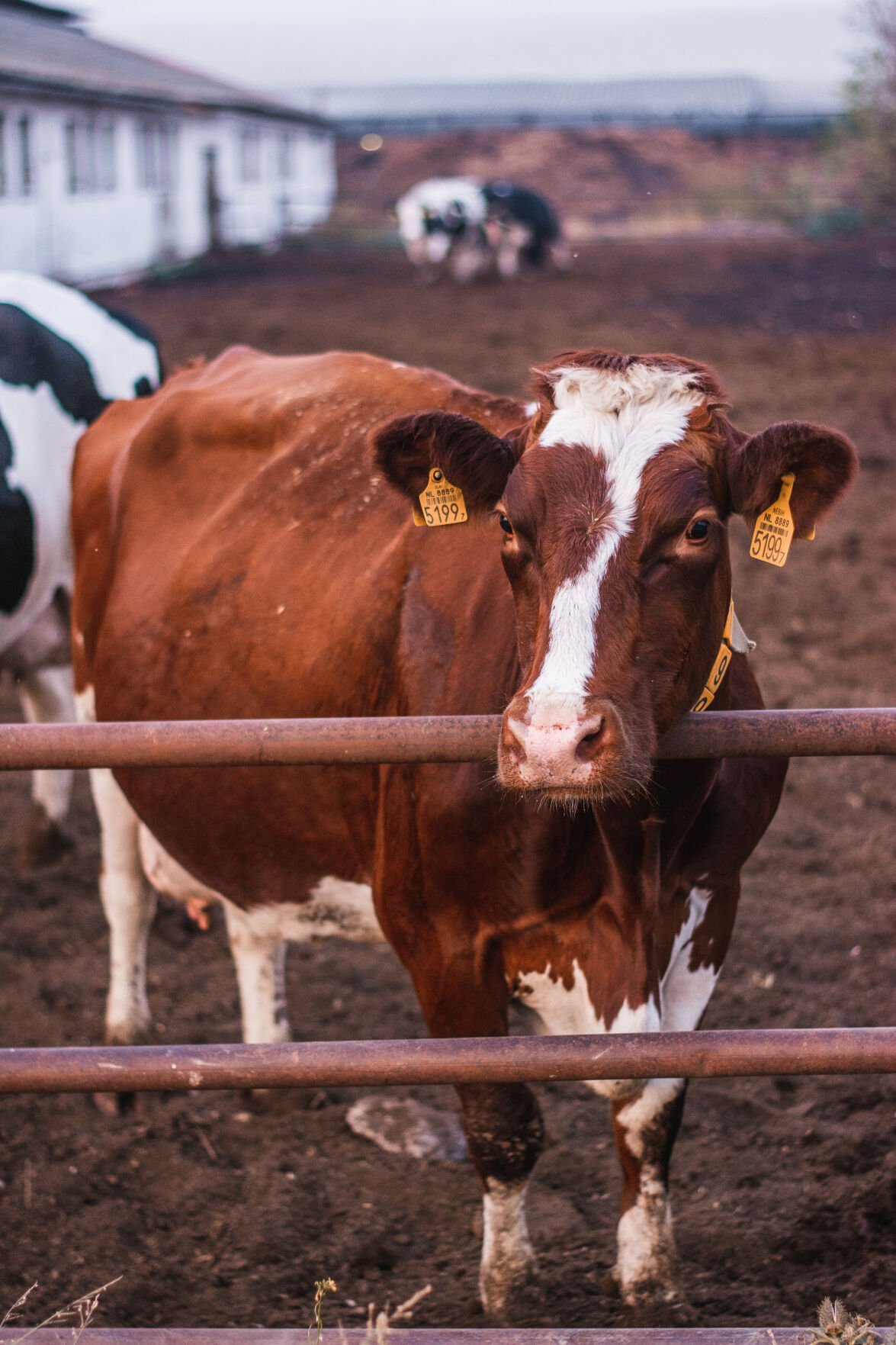 Ear tag technology allows producers to learn about the behaviors of an individual animal. Some ear tags are capable of providing fertility reports and will send a notice via text message when a cow is cycling.

The latest technology available for the ranch is making it easier to keep an eye on cattle health, food, forage and water.

University of Nebraska-Lincoln Extension range nutritionist and beef specialist Travis Mulliniks covered some of the latest tech tools for the ranch during a pair of recent webcasts.

While each producer will have to weigh the costs and benefits to their ranch, he said technology can help address some of the age-old challenges — profit margins, labor costs and animal welfare among them. One of the most valuable benefits, according to Mulliniks, is better decision making.

“To me that’s the big one. We have data in front of us to really make an objective decision,” he said.

Mulliniks spoke in August as part of the Nebraska Grazing Conference, held virtually this year. He covered similar points in late October as part of the Center for Grassland Studies fall seminar series.

Tech tools allow real time management of feed and water intake of an individual animal. It can help spot a sick calf well before you notice it in the pasture, Mulliniks said, and that can be a lifesaver.

“The more knowledge I have, the earlier I can come in with an alternative plan,” he said.

At the Gudmundsen ranch, a University of Nebraska research area in the Nebraska Sandhills, researchers have been using individual animal feeders with plans to add more come January. With a radio identification tag, the feeders can be programed for how much supplement it gives to each cow when they come to the feeder. Producers get the data each day on which cows ate.

“I can be very targeted about my supplementation policy,” Mulliniks said, adding that it can help lower the cost of your supplement program.

The Gudmundsen ranch also used camera systems for monitoring body weight or body condition score, a system used most often in dairy and pig farms. Some say it’s more accurate than a walk-over scale because it doesn’t have moving parts, Mulliniks said. It can help identify sick animals, and allow you to make changes in nutrition management based on trends in daily body weight, he said.

At the Sandhills ranch, it prompted researchers to pull their herd off of grass early because they didn’t gain weight for 30 days, Mulliniks said.

“Being able to capture this data can be very powerful in that decision making,” he said.

Technology can also be a time saver. It’s typical at the Gudmundsen ranch for someone to spend two or three hours on a winter day checking water in the pastures to make sure it wasn’t frozen over.

Water systems can be managed with flow rate sensors, remote cameras and drones that can tell producers if water is available to their cattle on pasture. But many remote connections rely on cell signals, which don’t reach to every pasture, Mullinks pointed out, and far flung water systems may be beyond a drone’s capabilities for flight distance.

He advises producers to study what’s available in the way of new technologies and decide what might make your operation more efficient and give you a competitive edge. It’s an exciting time for new technologies, he said, but there are glitches.

“You’ve got to be prepared for little things to go wrong,” he said. “Not all technologies are a good investment.”

Some ear tags are capable of providing fertility reports and will send a notice via text message when a cow is cycling. But the technology was invited for the dairy industry where cows aren’t as active, Mullinks said.

“Putting that on rangeland doesn’t work very well,” he said.

Other tech-equipped ear tags have problems with being too bulky. He noted one study using ear tags with GPS to monitor cow location and grazing behavior. The downside, he said, was that the ear tags were so heavy that almost every one ripped out of the cow’s ear.

The information the technology sets out to gather could be very useful on the ranch, but in some cases the device needs some modification to be able to handle the rough conditions and the far flung location of the open range.

The next challenge is combining the data in a way that make it worthwhile for producers to use, Mullinks said.

“You have to know what to do with all data to use it,” he said.

Right this very minute down on the farm near Waverly, Nebraska, we are making decisions on what we are going to do with the calves that have t…

Cattle at the Gudmundsen ranch gather around a SuperSmart Feeder. With a radio identification tag, the feeders can be programed for how much supplement it gives to each cow. 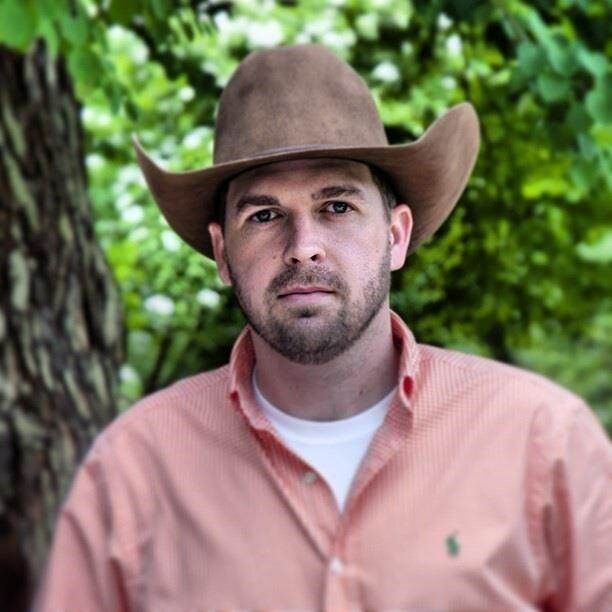 Ear tag technology allows producers to learn about the behaviors of an individual animal. Some ear tags are capable of providing fertility reports and will send a notice via text message when a cow is cycling. 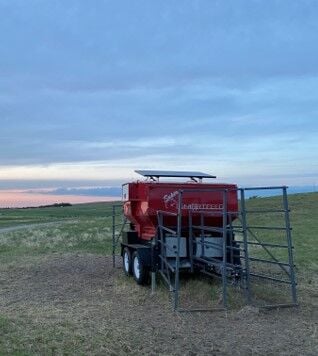 The SuperSmart individual animal feeder is seen on a Sandhills pasture. 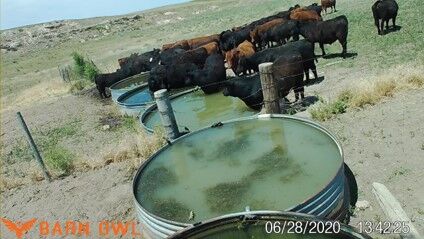