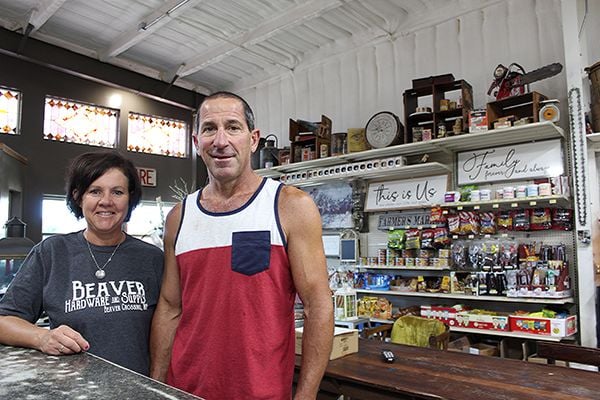 Christy and Kenny Pankoke stand at the ready to help customers at their family-owned business Beaver Hardware. 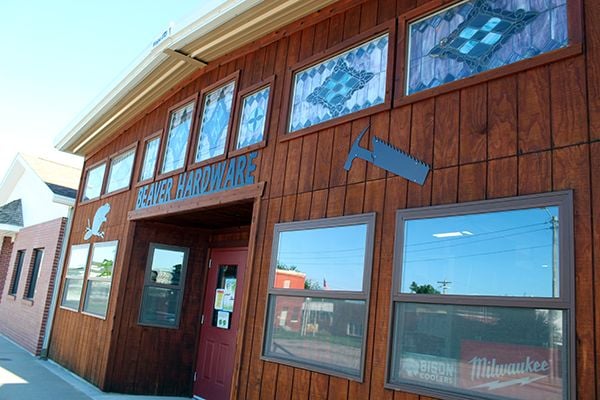 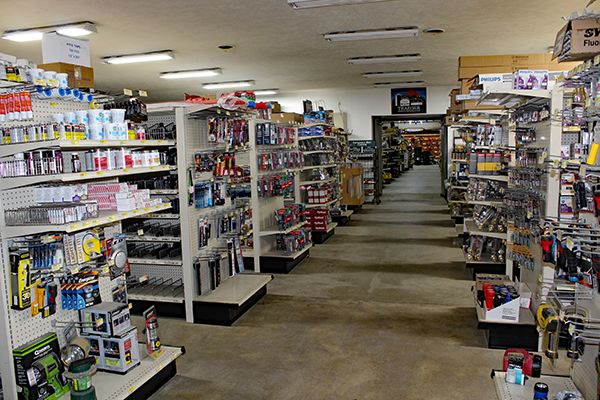 Christy and Kenny Pankoke stand at the ready to help customers at their family-owned business Beaver Hardware.

Reminiscent of the businesses that opened across the nation during the early pioneer settlement years, Beaver Hardware is a testament to the hard work and devotion of people on the Plains when they set their mind on a goal.

In 1989, Kenny Pankoke and his father Dean, who passed away last February, purchased Beaver Hardware in Beaver Crossing, Neb., from Jerry and Geraldine Bohaty. Dean ran the store with his wife, Gwen, until 1992, when Kenny took over completely.

Today, Kenny and his wife, Christy, own and operate Beaver Hardware and have raised all four of their kids — Kelli, Megan, Kyle and Erin — to understand the hard work it takes to keep a family-owned business going.

“The store was a single brick building, originally built in 1890,” Christy explained. “The original stained-glass windows are all still intact.”

In 2000, the Pankokes bought the property to the east of the building and built an addition. They constructed a second addition to the west of the original store in 2005.

In 2010, the Beaver Bar, which was located just west of the store, fell down on a late Sunday afternoon, Kenny said. After the lot remained empty for some time, the Pankokes purchased it and made a third addition to the store.

Then, on May 5, 2014, a tornado devastated the community of Beaver Crossing and surrounding areas. However, Beaver Hardware came together with their neighbors and rose up again.

“It lifted the roof of the building to the west and took down the shed behind the store,” Kenny recalled. “It also caused damage on the original building, which caused us to take down and rebuild the main building.”

Today at Beaver Hardware, you can find people from across Nebraska who have gravitated to the store that has retained its hometown appeal, while continuing to expand its product offerings. Visitors are met by Christy’s smile, Roscoe the dog, freshly popped popcorn (that kids sometimes feed Roscoe) and they often run into a neighbor or two.

“With the additions, we have expanded product lines and have gone deeper in categories,” Kenny said, who is rarely caught standing still and is always ready to serve customers eager to get the right part or tools for home improvement projects.

Beaver Hardware offers just about everything visitors are looking for including; hardware, hand tools, power tools — Milwaukee and DeWalt — paint and painting supplies, housewares, concrete, a small feed section, welding supplies and gas exchange, shovels and scoops. They are also Husqvarna, Traeger and The Big Green Egg dealers. In addition, the store has added several home décor offerings and have held some women’s events that attract several people from around the area who are looking for a fun night out with friends and family.

“We have drawn in a lot of new customers and that has been fun and exciting,” Christy said.

The couple said they are thankful their children were able to gain experience working with the community at the store throughout their developmental years.

“The kids have learned the business by nature,” Christy said. “The store was their home away from home. They have always helped at the store — from vacuuming floors, pricing items, stocking shelves, helping customers, checking customers out, to mixing paint. They have learned great customer service skills, which will serve them well no matter what career they pursue.”

Kenny and Christy agree the Beaver Hardware experience has been great throughout the years.

“It has been rewarding getting to know people from our community, surrounding communities and other customers who are passing by down I-80,” Kenny said.

More in Businesses of Agriculture (16 of 43)

Kenny and Christy Pankoke and their family.