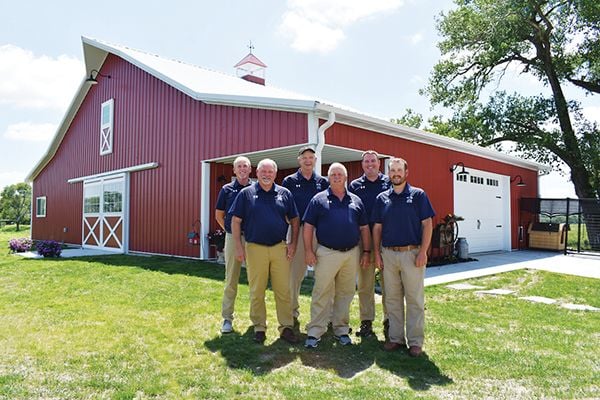 Astro’s team of salespeople have years of experience designing custom buildings to fit customer’s exact needs. Some were draftsmen prior to selling and others worked in the office. You may recognize your representative: Matt Bellamy of Cairo, Neb.; Astro president, Bill Rotert of Waterloo, Neb.; Roger Thompson of Omaha; Mark Gazda of Omaha; Andy Beck of Crete, Neb.; and Jason Purviance of Lynch, Neb. They work with additional builders and dealers in Iowa, Kansas, Missouri and South Dakota. 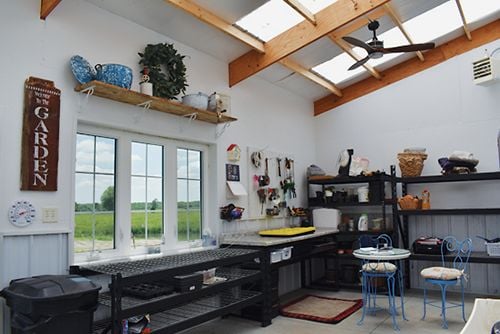 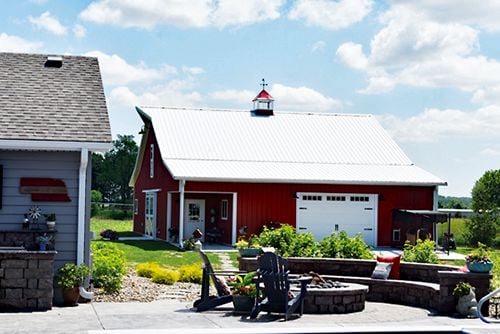 Astro’s team of salespeople have years of experience designing custom buildings to fit customer’s exact needs. Some were draftsmen prior to selling and others worked in the office. You may recognize your representative: Matt Bellamy of Cairo, Neb.; Astro president, Bill Rotert of Waterloo, Neb.; Roger Thompson of Omaha; Mark Gazda of Omaha; Andy Beck of Crete, Neb.; and Jason Purviance of Lynch, Neb. They work with additional builders and dealers in Iowa, Kansas, Missouri and South Dakota.

Fifty years ago, in 1969, Jim Kanne started what is now known as Astro Buildings. What started as a building package developed for lumberyards, has literally grown “astronomically” across the Midwest region, with the motto of striving, “to meet the unique needs of each customer.”

A key to Astro’s success has been its culture of working on unique projects with every client. They have broadened their creative scope far beyond the “machine sheds” that coined much of their success early on, Rotert said.

“What is getting more popular now is what is called a ‘shouse,’ a shop and a house combined,” he explained. “One lady is using hers as a quilt shop and she lives in the other part, some are hunting lodges and we have churches, too. There are a lot more options than what there used to be. If a person thinks about it and brings it to us, we more than likely can get something designed to make it work. People come up with some really neat ideas and it’s rewarding to make those ideas work.”

When the company began, Rotert said they were building 30 to 60 structures a year.

“What was a decent size in the 1980s was a 40x60 foot, with one slider door, one walk door and maybe a window. Now the average is 60x90 foot and 16-feet-tall with a couple overhead doors, a couple windows and a walk door,” Rotert added, noting there are numerous paint color options today and upgrades, including steel sliding doors, skylights, eave lights, gutters, downspouts, overhangs, ventilation, cupolas, wainscot, lean-tos, partitions and more.

“One of our biggest advantages is that on the inside or our buildings, there is nothing structurally that holds you back,” he added. “We can have an open design for a house or a building. From ‘man-caves’ to ‘she-sheds,’ there are so many options with it being all open and not having to worry about walls as much. People are using the buildings more as gathering areas with that open concept.

“Most of our design is set up in-house and our engineer stamp is done by an outside engineer. Matching building codes in the areas we are working and getting them engineered is a big part of what we do anymore.”

Rotert has served as president of the company for a year and a half. However, he has worked to meet the demands of their motto since building alongside his father, Jerry Rotert, a general contractor for the company when it began.

“My dad started with Jim Kanne putting the packages together,” Rotert said. “The first Astro building I helped build was in 1976 on a farm back in Lidderdale, Iowa. Most of them were red with white trim back then. The building is still there to this day on that well-kept place.”

Astro Buildings was originally owned by the investment company, Roberts and Dybdhal. In 1979, it became Astro Buildings Inc. and in 2014, Cedar Creek bought out Roberts and Dybdhal. Just this past year, Cedar Creek was purchased by Blue Linx. The company has retained the Astro name throughout all the changes in ownership. Rick Richt took over as president in the 1980s, then Matt Millikan served in the role, followed by John Fullerton and Rotert.

“Rotert Construction was a subcontractor for Astro Buildings until 1996,” Rotert explained. “The same year, my dad passed away; Astro hired us to work full-time for the company as direct employees. We were the first contractor directly employed with them. After that, I worked from being on a crew, to serving as a coordinator. I attended Metro Community College to learn CAD (Computer Aided Design) and then I worked in the office in the design process and kept on advancing to the position I am in today.”

Rotert was quick to point out that there are many employees who have been with Astro for 20 years or more.

“It really is a family and all of them are dedicated,” he said.

“We have three company crews and then use subcontractors,” he said. “Most of our lumber comes from a mill in Idaho and we have different steel makers with Fabral being our main supplier.”

He said, most of all, it’s about the people — “We have good people with the Midwestern work ethic!”

More in Businesses of Agriculture (20 of 43)

Current top executive and board president: