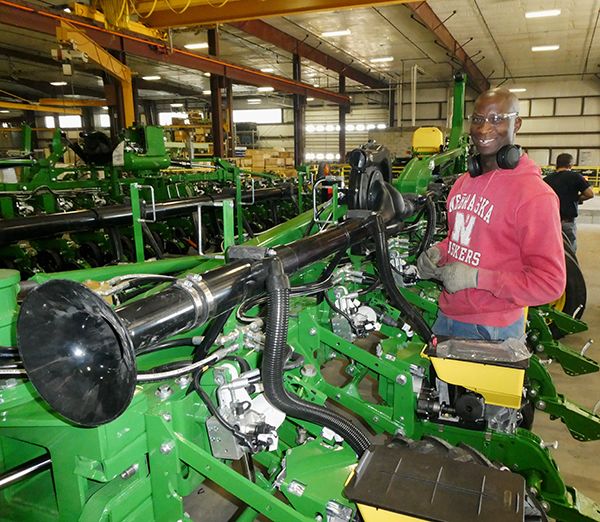 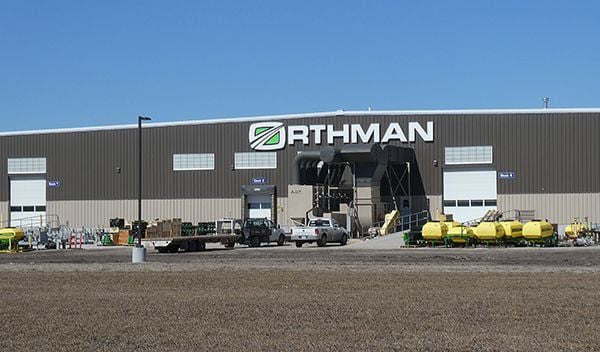 South side of Orthman’s Frontier plant in Lexington, Neb.

South side of Orthman’s Frontier plant in Lexington, Neb.

LEXINGTON, Neb. — Compared to many agriculture implement firms, Orthman Manufacturing is relatively young. Founded just 54 years ago by Lexington farmer Henry Orthman, the various implements he designed were known for their durability, a trait that the company adheres to yet today.

Orthman was known locally for his meticulous attention to detail and his desire to make farming better for producers. He would spend hours in his barn shop redesigning and strengthening cultivation equipment. If something broke, he’d reinforce the piece so it was twice as strong as before. Neighbors began noticing his work and soon were ordering pieces for their own farms.

In 1969, the demand outgrew his barn shop and the original plant was built on the north side of the farm. Today Orthman Manufacturing operates from two Lexington locations with 190 employees and does business in 14 different countries.

“Our focus is on anything you can grow in a row,” noted current President and CEO John McCoy. “This includes corn, soybeans, cotton, peanuts, vegetables, sugar beets and sugar cane.”

In addition, there is now an Orthman facility in Brits, South Africa.

“This is our sixth year, as we opened our doors there in November 2013,” McCoy said. “We build components here and then do a rough assembly before shipping. Once there we focus on the final assembly. The South Africa location employs seven people, including a manager, sales personnel, office personnel, an engineer and a plant assembly team.

“We try to maintain and hold onto the traditions of a well-built product. We have to be robust because that equipment lives in a tough environment.”

McCoy came on with the Orthman family in 1990 and bought the company from the family in 2000. A year later, Orthman began developing strip-till equipment. As the strip-till practice was adopted by more agriculture producers, McCoy knew they needed to address how they were marketing and messaging the sale of that specialized equipment.

“We were one of the first companies to have an agronomist on staff,” McCoy said. “He could help us in all areas we needed to develop precision placement of fertilizer.”

After McCoy took over the helm at Orthman, the firm became more intentional in their export business as well. The first exports for Orthman occurred in the late ‘70s, shipping cotton equipment to the Australian market when California cotton producers began migrating to Australia, he said. Global markets opened up, based around the adoption of precision tillage and fertilizer placement after 2008. Growth has continued to the point that “in 2019 exports will represent 25 percent of our total revenue,” McCoy noted.

In 2003, the first steps toward diversification outside agriculture equipment occurred as the firm began developing conveying systems for handling bulk materials. Orthman Conveying Systems (OCS) focus on the “heavies,” mining and energy.

“The word of the day is we build a robust product,” said McCoy, hearkening back to Henry Orthman’s philosophy.

One of the first projects was construction of internal equipment for a mica mining facility in South Dakota. Orthman’s biggest conveyance project to date was a $3.5 million project in Hereford, Texas, where they built a system for moving manure, the fuel source for an energy plant.

Along with the strip-tillage equipment, Orthman works on precision tillage equipment, tillage and cultivation equipment for cotton, a broad-acre tillage line for wheat and of course one of their first products, tool bars, that today are used by John Deere and AGCO.

One of their main lines of business is planter assembly for John Deere, McCoy noted.

“We are the only facility in the world that John Deere doesn’t own that markets and assembles planters for them,” he said, adding, “The number of planters assembled has doubled from a year ago.”

In 2009, the firm was experiencing growing pains and knew an expansion was needed.

“It took a year to assess where our next facility would be. Would it even need to be in the United States? We had even looked at Hungary,” said McCoy. “We knew Lexington and knew here we had the work ethic and availability of labor. We also had sound leadership where employees would have day-to-day mentorship. Second, credit City Manager Joe Pepplitsch for working hard to keep us here. He came to us and noted the city wanted to develop an industrial tract. He had a vision. The city swapped us for a 50,000-square-foot satellite plant we’d been operating near the coop for development of a new 115,000-square-foot plant at the industrial site.”

The Frontier Plant opened in 2016 in the industrial tract just off of U.S. Highway 283 in Lexington and now has neighbors in Volvo Truck, Bauer Built Tires, other light industrial facilities and a strip mall.

“This location gave us a billboard and is easy to commute into,” McCoy said. “We continue to develop our footprint and employment strategy. We want to attract skilled people, develop them and retain them by giving them a reason to stay.”

“For us to be successful in the next 10 years we need more manufacturing jobs and facilities like ours. We draw and pull from each other,” he said.

The company is always looking forward. While the size of the Frontier plant will allow them to eventually double production, they are in the process of a complete renovation of the 50-year-old North Plant. They are exploring products for the ethanol industry and always fine-tuning their tried and true products.

“Nebraska is our home, it’s our roots. Logistically it makes sense. This is where it works and we will develop from here,” McCoy concluded.

More in Businesses of Agriculture (22 of 43)

Businesses of Agriculture: Behlen prides itself on family atmosphere while growing

Orthman Manufacturing Inc., was founded in 1965 by Henry Orthman

Orthman’s roots are in agriculture where they specialize in manufacturing precision strip tillage equipment, planters, row crop cultivators, bedding equipment and scrapers. The firm has also diversified into conveying and logistics equipment.