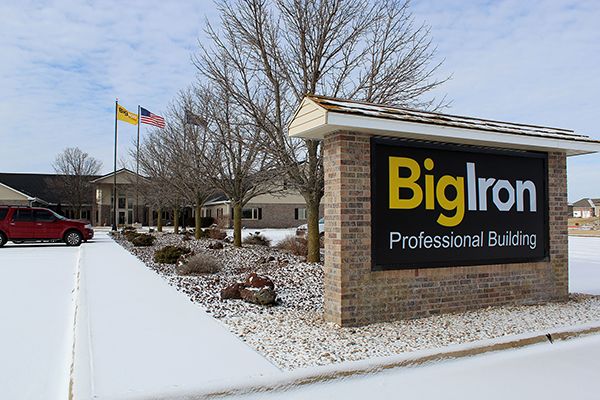 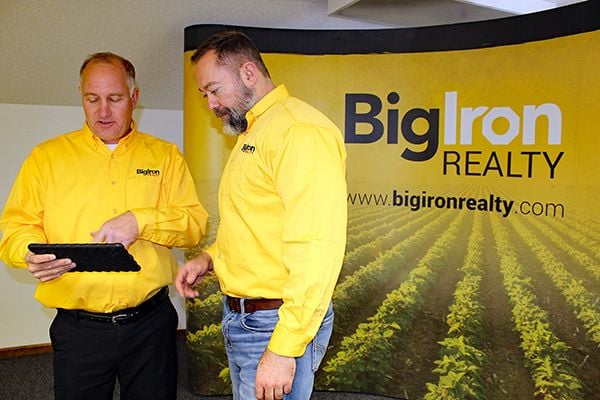 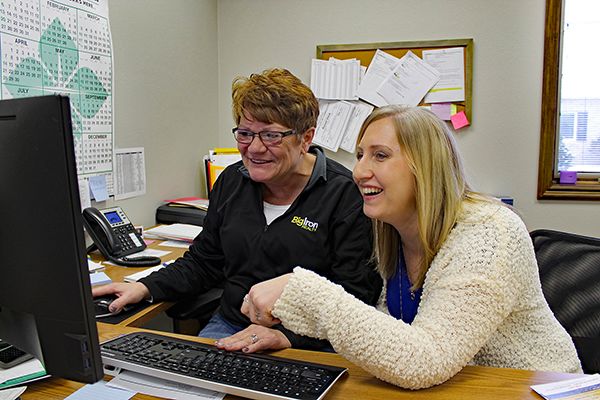 COLUMBUS, Neb. — Brothers Mark and Ron Stock were not unlike many of their peers in farm country in the 1980s when they co-founded Stock Realty & Auction Company.

“There was not a farm kid in the ’80s who wasn’t looking for a second, third or fourth job to make it all work,” Mark recalled about those times growing up on the farm with his parents Raymond and Julianne and five sisters.

They attended a one-room school house and then St. Edward High School. Their dad sold T-L pivots and Buffalo cultivators.

“He liked to go to auctions to talk to people, so we were exposed to the auction industry early on,” Mark said.

After high school, Mark headed to the University of Nebraska-Lincoln and Ron went to the Mason City College of Auctioneering. “We started by doing benefit sales, any chance we could get a microphone in front of us, we took it,” Mark explained, “We had some breaks along the way and were given opportunities to sell equipment. Then we both got real estate licenses.”

On the equipment sales side, the brothers became known as the duo who would get the job done.

“People would call us up and ask, ‘Are you the guys that will wash and wax the tractors before the sale?’ We were those guys.” Mark recalled. “We were working with farmers who had bad knees, hips and backs and probably didn’t own a power washer and we wanted to help as much as we could. When we told them we’d get everything cleaned up, we usually had the job. I guess you could say that is really what we became known for.”

In 1999, the business began implement dealer sales, Mark said, “Dealers like everything to be pristine, you know, and we prided ourselves on giving them that extra service. We pulled in with a big, yellow semi and put on a show, all dressed the same in crisp yellow and we even rehearsed the auctions. It has to be a coordinated event. We practiced our sales. In the ring you have a minute and 10 seconds to tell all the bidders about the items you are selling. It has to be a well-oiled machine and there is a lot of psychology involved.”

Ron and Mark were always looking to one-up the competition. When they started out, many auctioneers were having sales on Saturdays.

“We were the first to have weekday sales. That was a game-changer for us,” Ron said. In 2001, Stock Realty & Auction broadcast auctions in real time on the Internet before anyone else. Then, in 2009, they developed their timed, online machinery auctions under the now nationally known name, BigIron Auctions.

Seeing how online machinery auctions were connecting sellers and buyers from all over the country, Ron and Mark decided to leverage the power on online auctions into the real estate side of their business. Stock Realty changed to BigIron Realty in 2017, and today, they are conducting unreserved online land auctions for customers in Nebraska, Kansas, Iowa, Colorado, Minnesota, Oklahoma, South Dakota, Missouri and beyond. Their main intention regarding their sales hasn’t changed since they started, Ron said, “It’s all about transparency and honesty and that makes us legitimate in what we do.”

“When you list with us, you get a nationwide marketing reach. Our unreserved online land auctions typically result in 10 to 15 percent higher ending bids than auctions limited to local bidders,” Mark pointed out. Their real estate team must be licensed in every state they serve. On the equipment side, sales representatives go to farmers’ locations, write descriptions, capture photos and videos. BigIron manages the entire auction: marketing the equipment, ensuring clear title, collecting payments and handing over the check.

“We’re full-service and no bull. We have no buyer fees, we’re unreserved and lien free. … We’re the only auctioneering company selling land and machinery where the bid starts at zero. We know the bid history and all the people watching the sale can click on the number of bids. We handle the money and the proceeds, and if someone is trying to game it, we never do business with them again. It’s all about integrity,” Mark said.

“I am a farmer myself. I get it. I want to make sure everyone can get as much information as possible. No one else publishes the name and phone number of the person selling. We do! We want people to have that information. There’s nothing more frustrating than not knowing who owned it before and what they used it for. The farmer in me just wants them to have access to that information,” Mark pointed out.

Ron said retirement auctions are increasing in number exponentially, with 137 in 2017, double the year before and an anticipation those numbers will continue to grow.

“What drives me is doing the absolute best job for the seller we can do,” Ron said, giving an example of what a successful sale can look like, “We had an auction of 10 tracts in Madison and Boone County, Nebraska, and the day before the sale there were 1,098 total bids and still a day to go. We sold those 10 different tracts to 10 different buyers.”

“The part I am most proud of is helping out the widows,” Ron went on. “A widow will call us out and we pull the machinery out of the shed, detail everything, take pictures and help get buyers to ship it out. The widow sells everything for top-dollar. It’s very rewarding helping people.”

“The people who work for our company really care,” Mark reiterated. “I have told them in meetings, if they are just focused on how much money they can make, we don’t want them here. We have people who really get it and really want to help.”

More in Businesses of Agriculture (36 of 43)