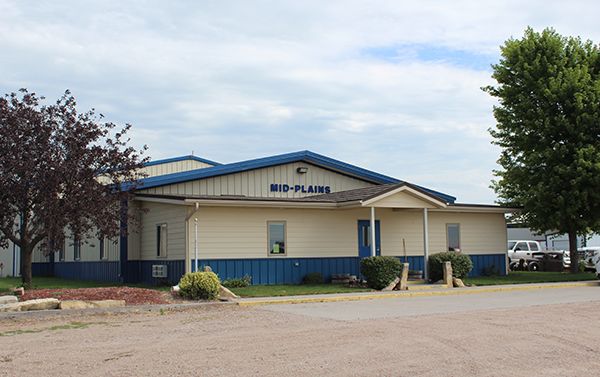 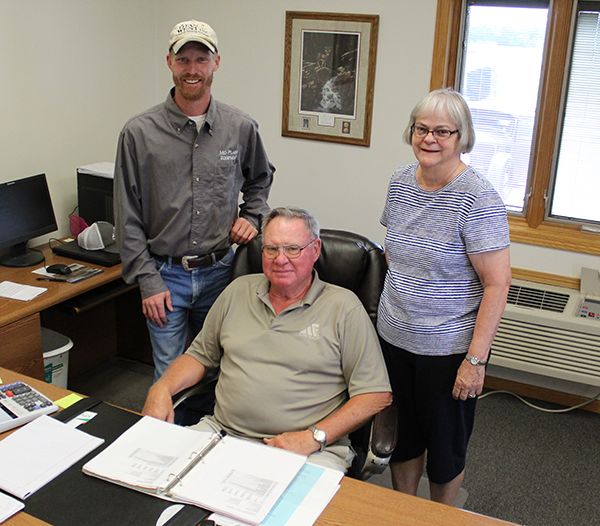 From left: Tyler Deitloff, Neil Koster and his wife Donna. 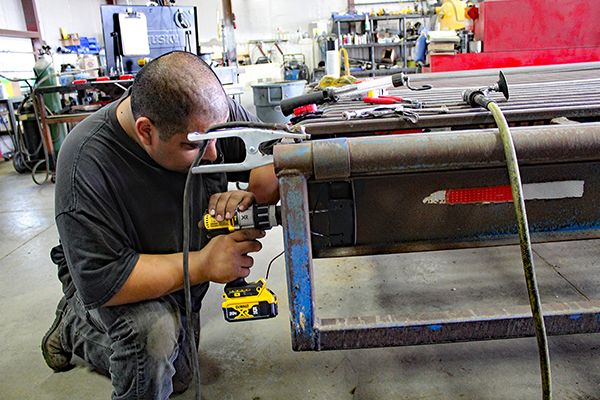 Jorge Gomez working in the shop. 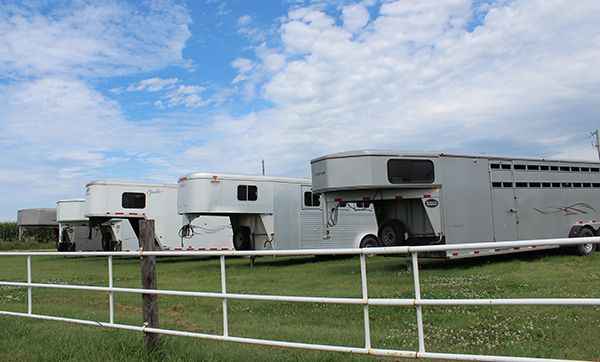 Mid-Plains Equipment, Inc. serves customers across the nation and Canada.

From left: Tyler Deitloff, Neil Koster and his wife Donna.

Jorge Gomez working in the shop.

Mid-Plains Equipment, Inc. serves customers across the nation and Canada.

KEARNEY, Neb. — Neil A. Koster, owner of Mid-Plains Equipment, Inc., said it’s all about a trusted handshake when it comes to doing business and reaching the top of his peers selling new and used trailers all the way from Canada to Alaska to Florida.

For Neil and his wife Donna, it’s far less about the sale and far more about the motivation behind it — people.

“Ever since I was five or so I always liked selling. My first real sales experience was going door-to-door selling bottles of vanilla for my mother. Because of that, she won an electric roaster with the Kansas Extension Homemakers,” Koster said about his beginnings with farming parents August and Leota, outside Garden City, Kan.

After graduating high school, Koster served in the U.S. Marines for two years and then farmed for nine years. He married Donna on June 15, 1969 and eventually had three children.

“When I was farming, I also got into the livestock equipment manufacturing business,” he explained. “Then, because of the economic situation in 1982 and ‘83, I gave that up and went to work for John Deere dealers in Elkhart, Kan., Lexington, Neb. and Kearney, Neb.”

Independent and self-driven, in 1993, Koster decided to go on his own. He had started a lot of order buying of equipment for farmers and dealers looking for a certain tractor or other pieces of equipment from his home.

“Then, in September of 1996, we rented the lot here east of Kearney and Donna left her job to do my bookkeeping,” he said.

From 1996 to 2003, the Kosters sponsored three farm equipment consignment auctions a year.

“The trailer business was good and then we had growing pains and we bought the land and built the building where we are now,” Koster said. “We discontinued consignment sales and now we strictly handle trailers.”

Since the Kosters took on Titan trailers in 1997, they have been the company’s number one dealer in the United States and Canada for 19 years. They also started with Sharp manufacturing products 19 years ago and have been a dealer ever since — once again, for most of those years, the number one dealer in the country. They have worked with Titan West Cattle Equipment for the last 16 years and most years, they are in the top five ranking of dealerships in the country.

In 2006, the Kosters also added Elite aluminum stock trailers to their product line-up and for several years they have been in the top five U.S. stock trailer dealers for that company, as well.

“In 2012, we set the biggest record with Titan by selling 714 new Titans in one year,” Koster said. “Combined with the other brands of new and used trailers, we sold 1,300 throughout that year.

Koster added that Mid-Plains Equipment has sold trailers in 34 states with the majority from the western portions of Iowa, all the way to California.

“In that second column is my sales record for the last few years,” Koster continued, motioning to a white board outlining goals in neat, simple rows. “As of June 30, we are sitting at 9,300 trailers that we have sold for Titan. I am not going to retire until I have hit 10,000. I would have to have a good year like 2012 to make that happen in one year and that won’t happen for a few years with our current ag prices.”

He said the success they have seen is due to having a keen sense of customer needs in mind all of the time.

“When I was managing the John Deere dealership in Kearney, in the Platte Valley they had a demand for new equipment,” he explained. “Then further from the Platte Valley, there was more demand for used instead of new. When I got into the trailer business, I set up a program to get customers to trade more often. It’s easier to sell a clean trailer than a rusted-out bucket.”

The ultimate motivation is being laser-focused on customers.

“It is about earning repeat business and doing everything on a handshake,” Koster said. “Customers will call me from Colorado and ask if they should have cash or a cashier’s check. Then they will act surprised and say, ‘You mean you will take a personal check?’ Yes, I will. It’s about trust.”

Mid-Plains Equipment builds this trust with six employees. In addition to the trailer business, the Kosters also have a mechanic shop and parts department with two mechanics, both well-known for their industry talents. Koster said customers will drive 250 miles or more to have their equipment serviced by his mechanics, not including the business they receive from the interstate traffic.

His staff also includes Tyler Deitloff, who began at Mid-Plains Equipment as an intern and has worked at the company for the past 13 years. Though he’s not ready to retire, Koster said when he decided it was time to start slowing down a couple years ago, he promoted Deitloff to general manager.

“Tyler is an outstanding leader in the business, whether working with customers or handling employees,” Koster said. “He has built a very good clientele with our customers and we feel fortunate to have a young person like him to continue our business.”

More in Businesses of Agriculture (14 of 43)