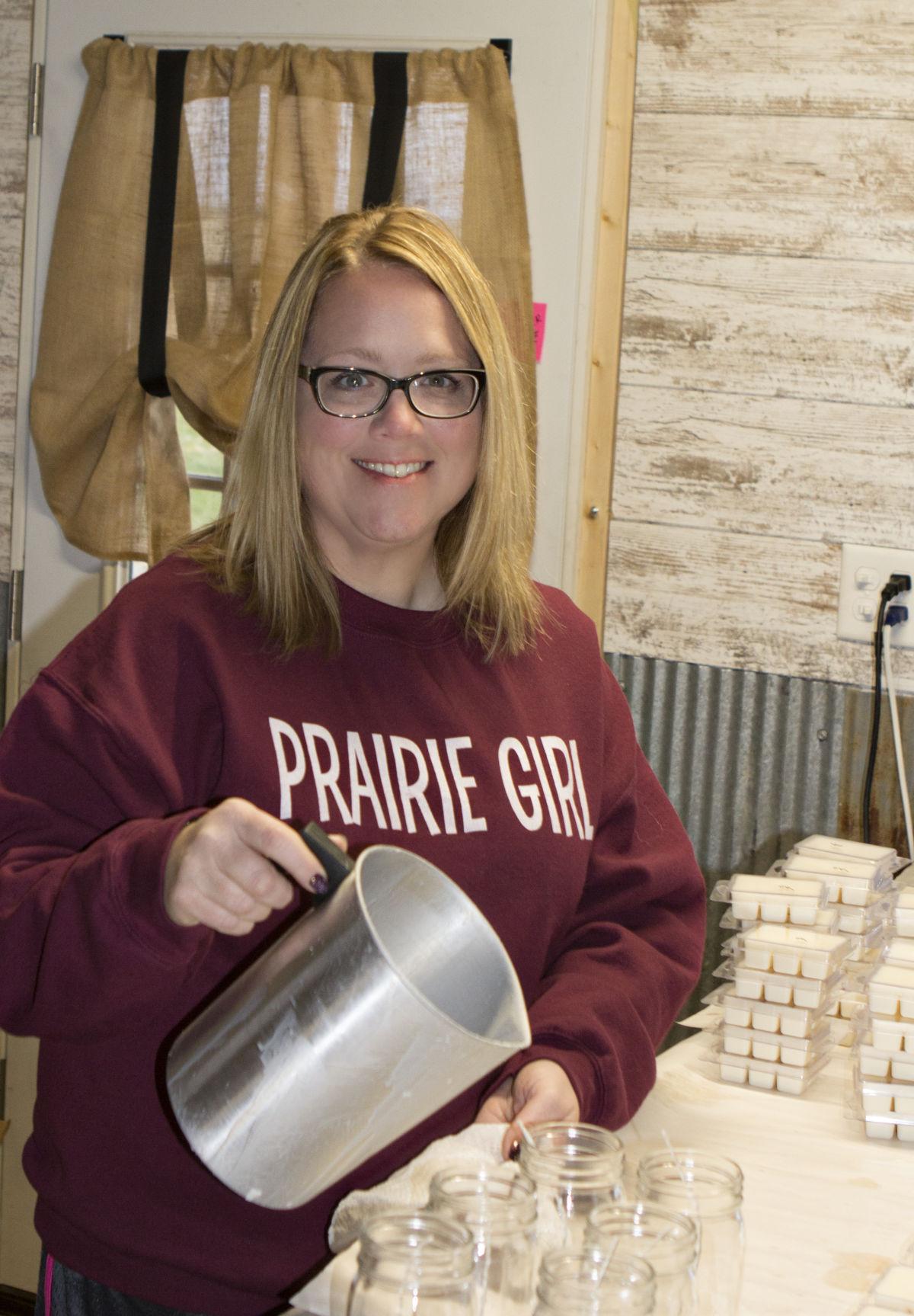 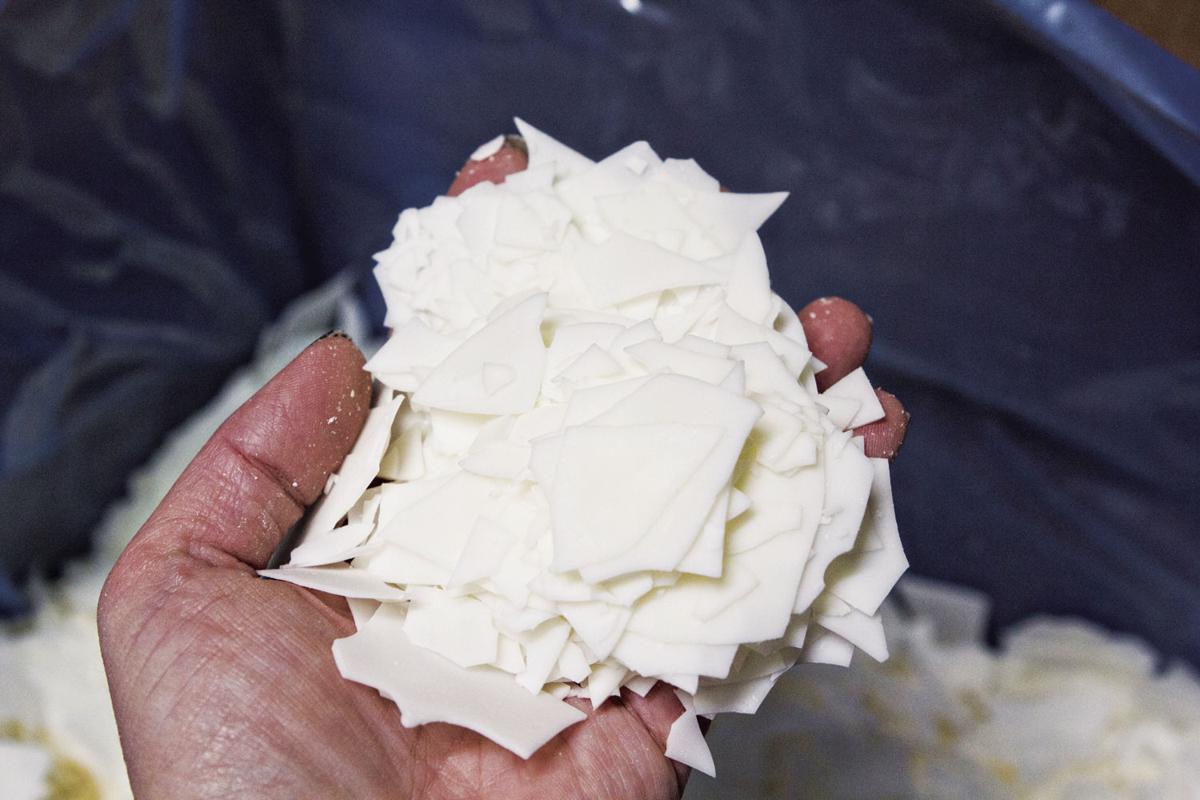 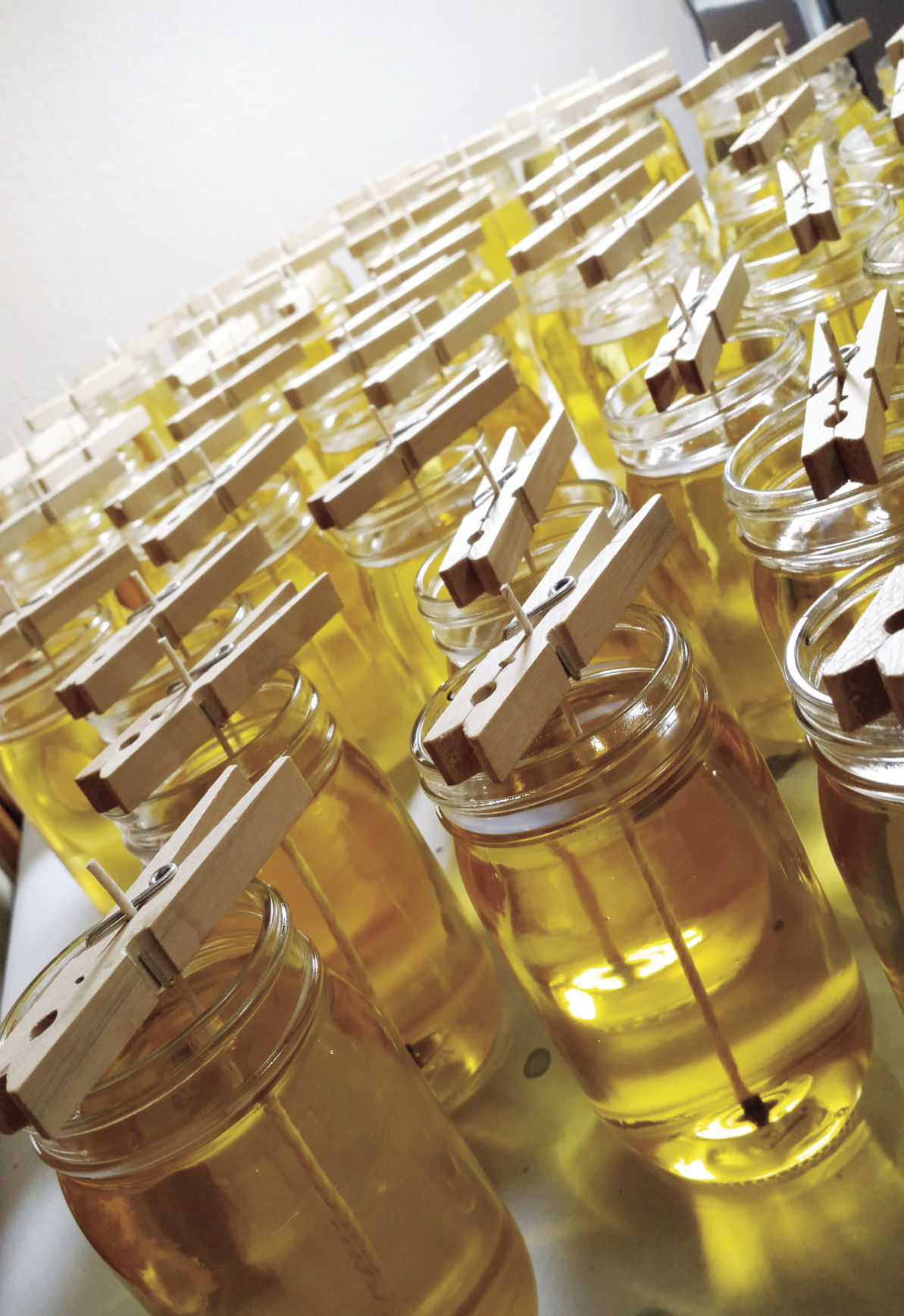 Freshly poured soy wax candles are mixed with fragrance combinations at a high temperature. Once the mixture cools, but is still in liquid form, it can be poured into prepared and wicked jars.

Freshly poured soy wax candles are mixed with fragrance combinations at a high temperature. Once the mixture cools, but is still in liquid form, it can be poured into prepared and wicked jars.

In the midst of tragedy on the farm, one Nebraska woman discovered her greater purpose.

Amanda Johnson’s father-in-law is one of many American farmers who have suffered for their craft. After a farming accident left him a quadriplegic, Amanda and her husband Shane packed up their house and life, and relocated it all to the Benkelman area of southwestern Nebraska, where they could be closer to family. Shane secured a job with Helena Agri-Enterprises, but Amanda’s search for a new occupation in their new homeplace wasn’t as successful – at first.

“I didn’t have a lot of job opportunities in our small town then,” Johnson said, “but I’ve always been a creative type, working as a graphic artist and photographer for years.

“Eventually, I started making natural bath and body products and soap to sell at craft shows and bring in more income.”

Johnson wanted to make a homegrown and cleaner candle than what was available in stores. “Soy made the most sense. It’s grown right here on our prairie,” she said. “I live on the prairie and wanted a product from the prairie. And, of course, it supports our farmers.”

So, Prairie Girl Candle Co. was born, with Johnson selecting soy as a renewable resource. It’s now a year-round business, with fall and winter her busiest times of year.

“Customers enjoy our fall and winter seasonal scents,” Johnson said. “We put a lot of effort into making a beautifully, unique scented product.”

Using large melting pots with a 65-pound capacity to melt and hold the flaked soy wax at a certain temperature, Johnson makes the candles by hand. It takes 122 pounds of soybeans to make 10 pounds of soybean oil, which is then refined further into wax flakes.

She’s intent on creating a product as natural as possible.

“Soy wax, which is simply hydrogenated soybean oil and a byproduct of the oil production process, is free of petro-carbon soot, resulting in lower soot levels released into the home environment for purer air quality,” she said. “Soy is also water soluble, so it will eventually decompose.”

Her candles are created with phthalate-free fragrance oils, which is another important element of pouring a clean, natural product.

“In candle making, phthalates are added to make a candle scent ‘throw’ stronger and farther,” Johnson said. “But there’s evidence that phthalates are harmful if inhaled via candle exhaust. So many candle makers are ‘cleaning’ up their fragrances and going with phthalate-free.”

Johnson’s small, heated barn is a busy place now, filled with candles and all of the equipment necessary for crafting. Since it has become largely a production facility, she said she’s hopeful to add retail space in the future.

The Johnsons come from farm and ranch stock. Shane grew up helping his dad manage 350 Black Angus cows for a local producer, as well as their own small herd in Paxton, Nebraska. Amanda’s family grew small grains and had a cow-calf operation in Oberlin, Kansas. In addition to their day jobs, the Johnsons also run cows for family friends in the summer. Their sons, Judd and Jack, are part of the team, putting out mineral and salt, and checking water for 30 purebred Black Angus pairs.

Johnson said it was her lifelong connection to agriculture, and knowledge of the average American farmer’s struggles, that made it important for her to support the agricultural industry through her business.

She isn’t alone in her venture, either. Johnson has two part-time employees, one of whom is trained in the art of candle making. During the summer, she also hires a college student to assist in production of surplus for the cool season candle collections.

“I never imagined having employees, but each year, thankfully, we grow our retail and wholesale avenues,” Johnson said. “My husband and kids have been a major element in making this business survive. There’s a lot of heavy lifting and tedious work. They’re always there to help.”

“My inspiration comes from the salt-of-the-earth type people who call the prairie home,” Johnson said.