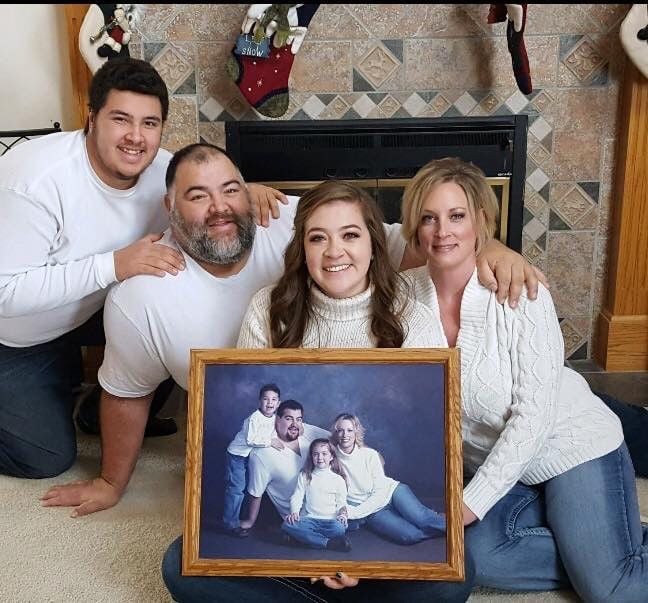 Chris and Audra Dishman pose with their children Taylor and Tim. After Audra’s death, Chris learned to cope with the support of his Local Outreach to Suicide Survivors (LOSS) team, which includes trained survivors and mental health professionals that offer support to survivors of suicide. He now hopes to raise awareness for ways to prevent suicide. 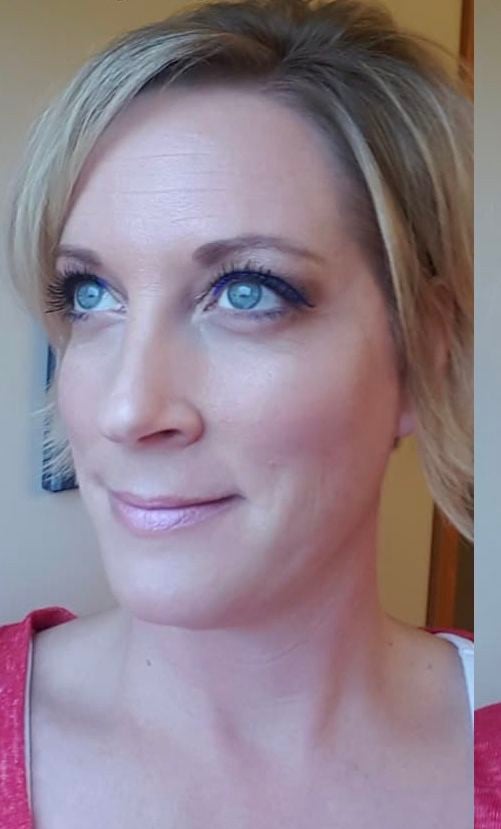 Chris and Audra Dishman pose with their children Taylor and Tim. After Audra’s death, Chris learned to cope with the support of his Local Outreach to Suicide Survivors (LOSS) team, which includes trained survivors and mental health professionals that offer support to survivors of suicide. He now hopes to raise awareness for ways to prevent suicide.

Chris and Audra Dishman were together since they were 14 years old.

He was a football player and she was a cheerleader in a small, rural Nebraska town. Chris would eventually play football for the University of Nebraska-Lincoln and was later drafted by the Cardinals and played one year for the Rams. The couple had two children — Taylor and Tim — and they enjoyed an extended, loving group of family and friends. Through all of life’s changes, Audra cheered him on.

“I would drive home as fast as I could to spend time with her after work,” Dishman said.

He never wanted to really spend time with the guys, he said, he just wanted to be with Audra. She would bring him lunch at work. They enjoyed staying in and watching movies on the weekends. They loved family time.

Then last August, Dishman said he lost “the love of his life” to suicide. In a matter of weeks, life changed for everyone in the family — forever.

“I knew her so long and never did she show signs of depression,” Dishman said. “It was such a tragedy when it happened, I had no clue.”

The day before she was found dead, the couple was camping with Dishman’s mom and dad. It was so much fun, he said.

“Looking back, it was such an awesome summer,” he said. “Maybe she knew she was really hurting and had thought about it for some time. I won’t ever know.”

That’s the thing about suicide, there are always unanswered questions. Dishman is trying to come to terms with some of those questions he will never have answered. He knows there will always be a void in his life because of what happened. He wants to help his pain by helping others.

“Anytime there is a suicide, most counties have a LOSS (Local Outreach to Suicide Survivors) team that come out made up of people who have experienced the same type of thing you are going through at the time,” Dishman said. “They want to give you resources. So, they came out to the house and talked to my daughter, son and I.”

After allowing some time to pass, Dishman decided to be part of the Seward County Suicide Prevention Coalition, which aims to increase prevention and post-vention strategies by engaging the community, according to member Lacey Bessinger.

“We believe we can achieve that by reducing the stigma around suicide and that it is vitally important to advocate for mental health and suicide prevention,” Bessinger said. “We believe that suicide is preventable and that postvention is good prevention. Lastly, we believe everyone in our community has a role in preventing suicide.”

The LOSS team consists of trained survivors and mental health professionals, who act as volunteers to bring immediate support to survivors of suicide.

“The LOSS program is designed to get folks who have walked the walk of suicide survivorship to recent suicide sufferers much earlier,” Bessinger noted.

Bessinger added that suicide concerns were heightened for the farm and ranch community due to the historic flood in March. Despite their homes and livelihoods destroyed, she said, some people are still not inclined to talk about how their losses make them feel — their mindset is just to get to work fixing it.

“This is where our neighbors, friends, and family need to come together as a community,” she said. “Talk with your family and friends — check in with them. Don’t worry about giving them ideas — asking someone if they feel like harming themselves is not giving them an idea that they haven’t thought of, but it may save their life.

“In rural areas, suicide prevention can be more difficult because houses are usually more spread out, access to mental health resources can be limited and access to lethal means — particularly firearms — are generally higher than in urban areas.”

Bessinger said that although it affects people across the entire spectrum of society, there’s still a battle to shed the stigma and confusion surrounding mental health issues.

Dishman said the path toward healing is sometimes just understanding.

“I didn’t understand before this happened either,” he said. “Now I read journal articles on anxiety and mental issues, because I want to understand it more. It’s not about just saying ‘stop’ to people, because if they could, they would.

“I could not get through this without my support group. I have some of the best friends in the world and my family is very supportive. Now I just want to go out and be a compassionate person and help people understand they are not alone. You never know that next person you may come across who may be having the worst day of their life.”

With the help of friends and his grown children, Dishman put the Christmas tree up in the house this year. He even decorated with some of Audra’s collection of snowmen, after one of his friends encouraged him to set them up and see how it made him feel, before boxing them for storage.

He said opening up to others has really helped him deal with his own emotions — everything from anger and shock, to pain and heartbreak.

“I always thought I would be the first one to go,” Dishman said. “So now I am focusing more on my health and reading these mental health journals. Next year, I want to run a 5K in her honor, because I know I have to be here for my kids. I am grieving, but I want to work through all of this by helping make other people happy. As people, we have to just love each other.”

Suicide is the 10th leading cause of death in Nebraska

On average, one person dies by suicide every 36 hours in Nebraska

The suicide rate for farmers and farm workers has increased 34 percent since 2000. It is 1.5 percent higher than the national average, but believed to be much higher due to deaths mistakenly ruled as farm accidents.