A group of enterprising young ladies in the Ord, Nebraska, FFA Chapter have created an innovative fundraising revenue stream for FFA chapters across the country.

Cousins Sadie Ference, Josie Ference and Vickie Ference designed, marketed and have sold the new FFA fragrances for men and women. They have teamed with Murcielago Fragrances, based in Alma, Nebraska for mass production and distribution.

“We were looking for a unique SAE project,” said Sadie Ference, a senior from Lake City, Nebraska. “We have a lot of girls in our family, so we wanted to do something with fragrances.”

FFA green-lighted the supervised agricultural experience project since the ingredients for making fragrances are grown by agriculture producers. After meeting with Murcielago representatives, they began the search for distinctive scents.

“We were lucky enough to partner with Murcielago,” said Sadie. “They make ‘8 Seconds’ for the PBR and ‘Colt Ford’ for the country singer Colt Ford.”

The ladies settled on two products – a cologne designed for men called “National Blue,” after the official FFA color, and a perfume for women they named “1969,” after the year when girls were first admitted into FFA.

They describe the cologne as being “woodsy and leathery with citrusy accents.”

“I know it sounds weird, but putting it together works well,” said Vickie Ference, a senior from Ord, Nebraska. “Most men’s scents have citrus in them.”

The cologne was so popular, the Ord FFA Chapter keeps a bottle of it in their ag classroom, Sadie said. The FFA boys get a splash when they come in the classroom. It is better than having them smell like “stinky boys,” Vickie said.

“The perfume is sweet and floral,” Vickie said. “It works for all ages.”

Sadie agreed, stating she believes it is the nicest scent she has ever worn.

The fragrances debuted at the FFA National Convention. Now, they are available for fundraising sales by FFA Chapters across the country. It is also distributed in stores that carry the Murcielago brand, such as Boot Barn.

“We wanted to make sure it was something affordable and good quality,” Vickie said. “Besides, fruit can go bad after a while.”

The girls are very happy with the way things have progressed. They wanted it to succeed, not just for themselves but for the school, community and FFA which have been very supportive, they said.

This has been an amazing experience,” Vickie said. But, when asked if they would be developing any future scents, she wasn’t sure.

“We’re not 110% sure we will continue doing fragrances,” she said. “But, we are open to suggestion and available to consult for others interested in following that path.

To order the FFA “National Blue” cologne or the “1969” perfume, visit www.officiallicensedffafragrance.com, contact ffafragrance@gmail.com or call 308-730-2046. 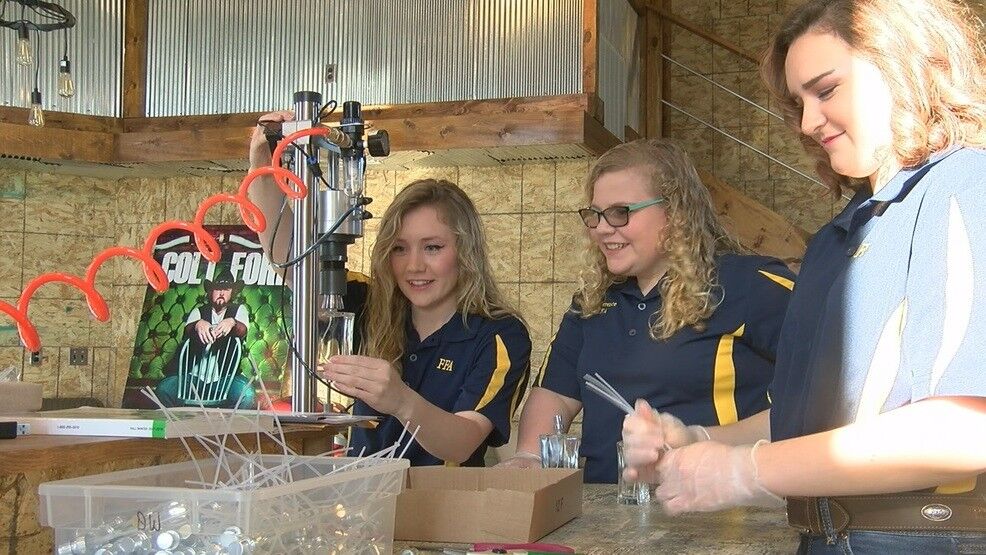 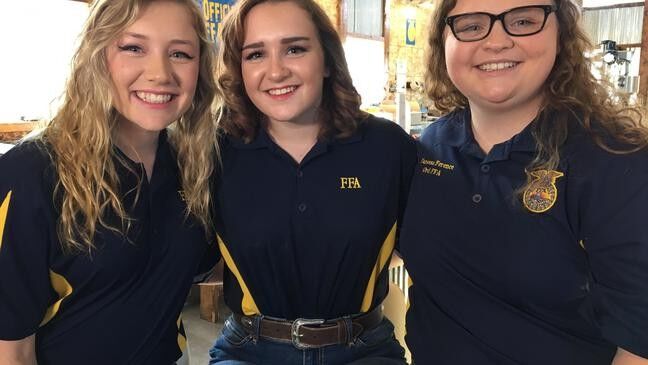 Josie, Sadie and Vickie Ference of the Ord FFA Chapter worked together to produce cologne and perfume as an FFA SAE project. 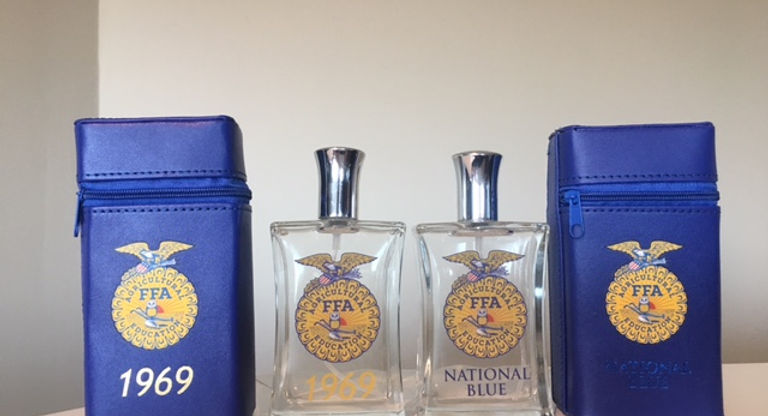